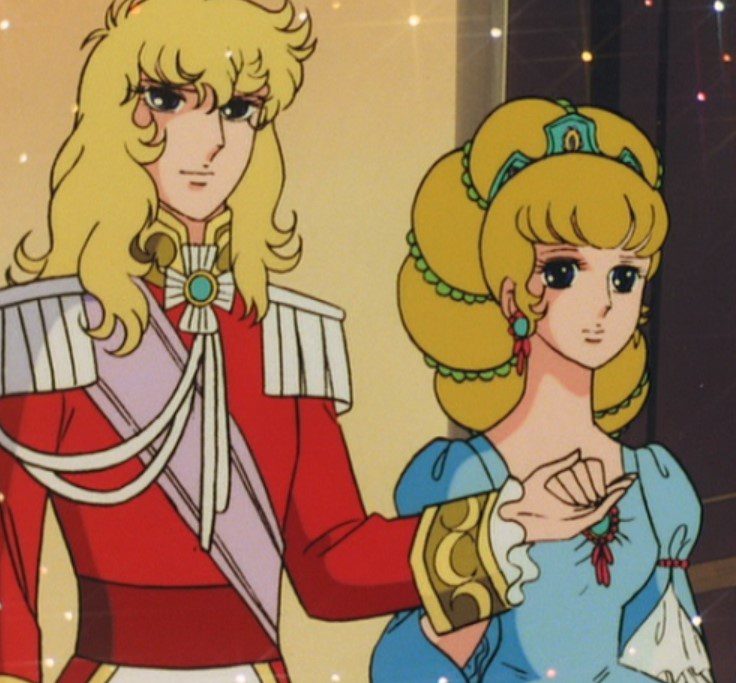 Rose of Versailles is one of the best-completed manga, ending after releasing 63 chapters. Rose of Versailles is the best Shoujo romance manga written by Riyoko Ikeda. It was also sterilized in the manga magazine Margaret in the early 70s and later published in the magazine. This manga has action, and it is set in the era of the French Revolution. The Rose of Versailles reveals the lives of two women: Oscar François de Jarjayes and the Queen of France Marie Antoinette, who serves as commander of the Royal Guard.

When this manga was created, it was created as a revolutionary story and the population’s uprising in Japan. This also developed as the best romance story for girls; the main characters are females. It targeted female audiences and was one of the few best mangas that featured female characters as heroes. Rose of Versailles became the first Shoujo manga to achieve commercial success and mainstream critical proving the genre’s viability as a commercial category which granted the genre greater recognition among critics. It is one of the few mangas that contributed to the development of Shoujo mangas, which helped the Shoujo mangas improve and become popular.

The Rose of Versailles has been adapted countless times since it was suitable for young adults and elders. It also produced the best film ever and live performance stage.  It also known as Versailles No Bara or  La Rose de Versailles. It also made a huge impact on the market and sold more than 20 million copies which is rare for a manga like it since it is from the 70s. We will discuss everything we know about Rose of Versailles even though it has ended, but there are also many things that Shoujo manga fans will learn.

The Rose of Versailles reveals the story of Marie and Oscar Francois de Jarjeyes, who was raised as a boy to become her father’s successor. Her father thought everything would work out, and no one would find that Oscar was a girl. But she ends up becoming the leader of the Palace Guards. Oscar trained hard and became a brilliant combatant; her sense of justice was at another level. She is very proud of herself even though she was raised as a man. However, she met with Marie and other royals while learning how people coexist with each other at the royal palace, and she was involved in many royal battles. 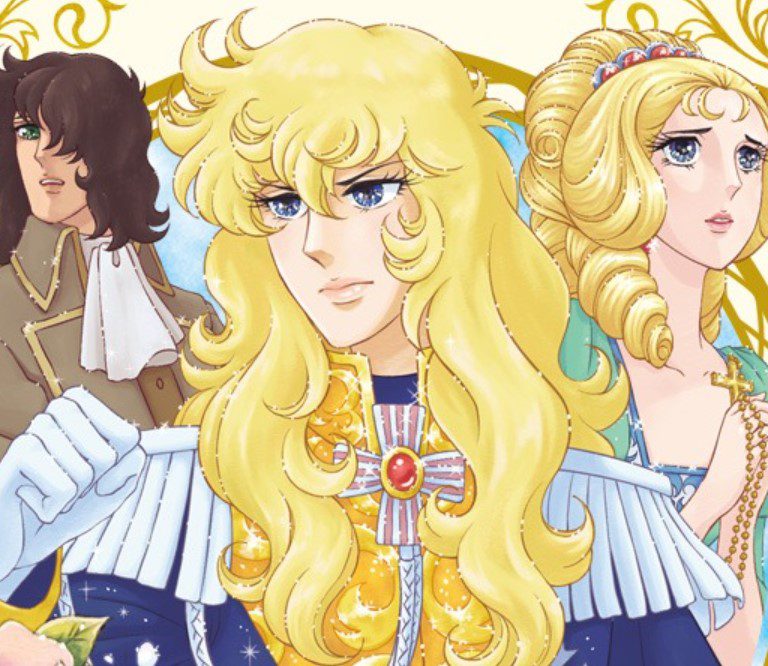 During the French Revolution, Oscar married Andre after many misunderstandings since their heart couldn’t connect. Mairie began as the center of attraction, but things changed when Oscar was born. However, that didn’t change what Marie and Oscar believed about the French Revolutionary. Oscar and Marie learned how France was governed from childhood and decided to change everything since they both have a strong sense of justice. But they also learned about traitors and those who plot against them. Before Oscar married Andre, she thought she was in love with Hans.

But when she learned that Hans didn’t care about her, she gave up and focused on Andre, who helped in different political wars. Axel von Fersen and Marie’s relationship caused chaos at the royal palace. One day von Fersen set on a journey from Europe heading to fight in the American Revolutionary War. Oscar realizes the French citizens were suffering, and she can’t ignore that. She joined the battle, but that was her last battle since she died trying to bring justice to the public. Andre also dies after knowing that the love of his life has died.

Marie Antoinette is the main character who married the Dauphin to make her alliance between Dauphin’s grandfather Louis XV and her mother come true. She made a promise to Empress Maria Theresa of Austria at the age of 14. After marrying Dauphin, Marie realizes that Madame Du Barry, King Louis XV’s mistress, doesn’t like her. She was disturbed since she learned the truth about du Barry and decided to never speak to her. Later she fell in love with Count von Fersen, who became her lover. Marie realizes that Madame du Barry is always plotting against her and Oscar, but when Louis XV dies, Madame du Barry is removed from Versailles. 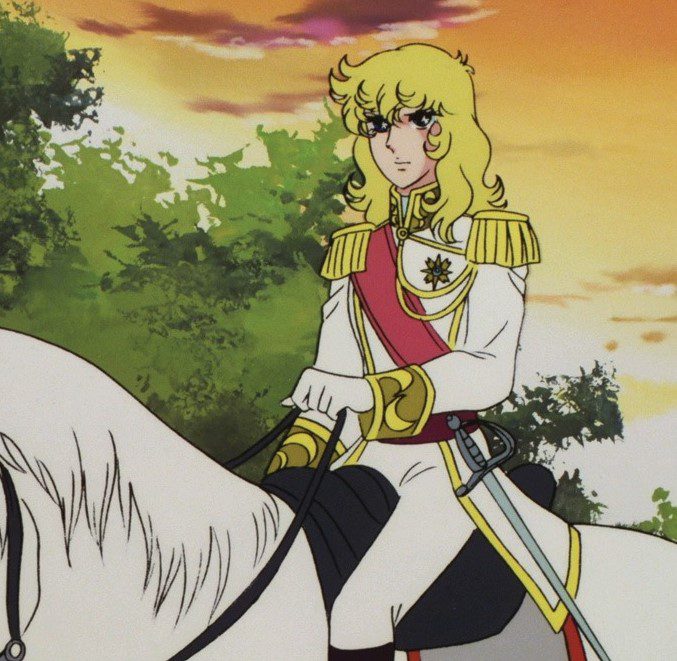 Oscar is a beautiful lady raised as a boy by her father. She becomes the most educated lady even though her father treats her like a boy. Later Oscar became the commander of the Royal Guard of Queen Marie Antoinette. She realizes she cannot keep pretending she is a man since people have learned that she is a woman. She became Hans Axel von Fersen’s lover. But Hans has fallen for the Queen even though he knows Oscar is in love with him. He treated Oscar like his friend, and when the revolution began, Andre confessed to Oscar. But Oscar was killed after she was shot.

Andre Grandier became Oscar’s best friend and hid his feelings since he loved Oscar. He is also the grandson of Oscar’s nanny. He and Oscar grew up together learning the arts of fencing and horsemanship. But when they are mature, Oscar becomes one of Dauphine’s guards, and the gap between them widens. Andre became known as a  true working-class hero. He helped the insurgents with Oscar when the French Revolution began. When Oscar fell in love with Andre, he didn’t understand her.

This manga has the best 14 volumes that sold millions of copies worldwide. Rose of Versailles has sequels and spin-offs that include The Rose of Versailles: Gaiden,
Eikou no Napoleon: Eroica and Beru Bara Kids have been running since the 80s. However, they both reveal different stories about French Revolution. This manga has other notable inserting adaptations such as various stage musicals, Lady Oscar, The Rose of Versailles: I’ll Love You As Long As I Live became popular and increased other shoujo manga fans worldwide. It became one of the first Shoujo manga with an interesting historical romance genre that manga fans liked. 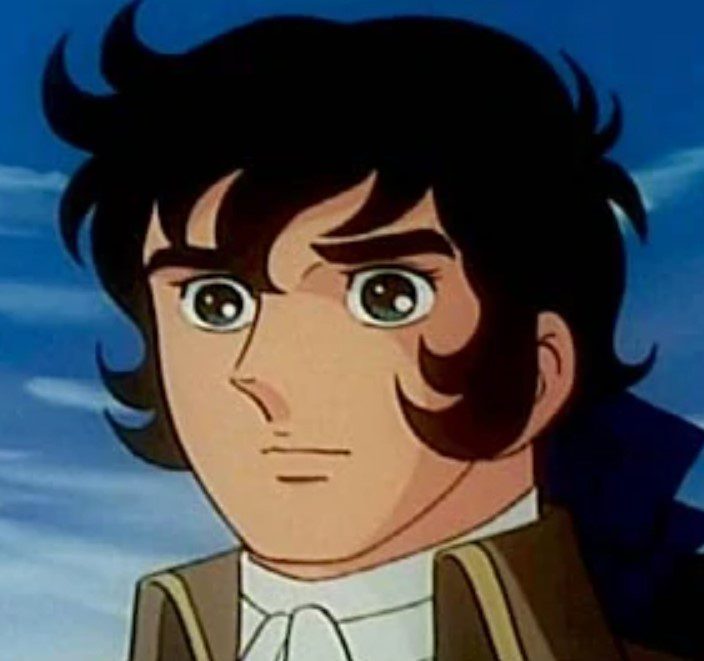 A few years ago, Rose of Versailles was completed after the main character’s death. Still, other characters like Marie remained and continue to carry out Oscar’s will and bring justice to French citizens. This is one of the best manga that had a lovely ending when Oscar and Andre died. Rose of Versailles was created during a significant transitional period for Shoujo manga. This helped the manga fans understand what a Shoujo manga is since it was a developed series focusing only on romance and female characters. It also helped other Shoujo manga gain recognition due to its plot and interesting arcs.

Rose of Versailles also inspired new Shoujo manga writers to write more Shoujo manga for adults and stories that focus on political marriages. This new style has been adapted from the 80s until now. As we speak now, there is a lot of improvement in Shoujo mangas, and it has gained many fans due to the release of Rose of Versailles, which touched the hearts of many writers and fans. This has also helped the manga world grow and become something anyone can enter. However, there are still many interesting things about this manga.

Will Rose of Versailles Return For Another Season?

Rose Versailles ended a decade ago, and the ending might have confused the fans, but it was a beautiful ending. The official source has announced that Rose of Versailles was completed after the main characters’ death, like Oscar and Andre. But unless the writers come up with another plot since Oscar’s dreams still live. 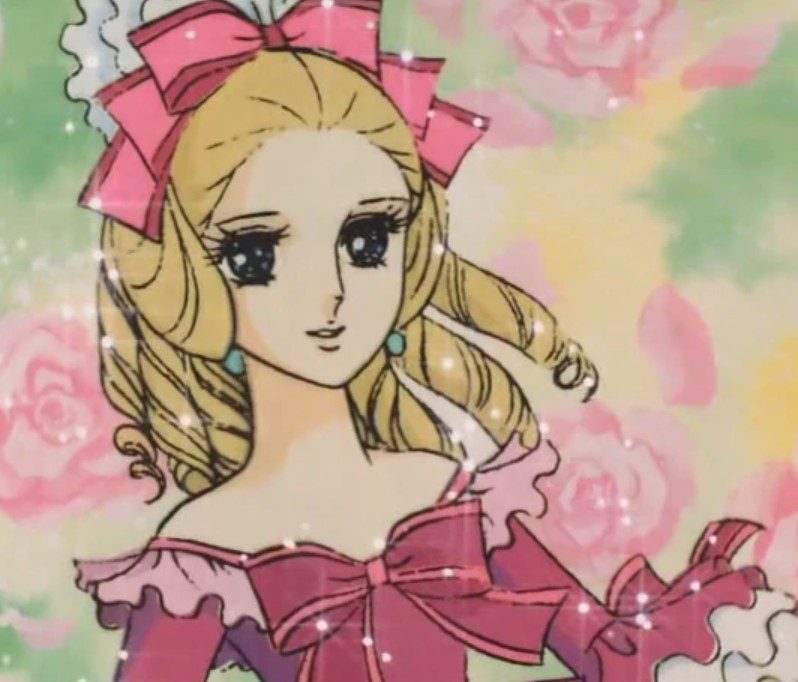 This will be interesting for Shoujo manga to learn about the new series of Rose of Versailles that has been completed. But no official website has announced the return of this manga. Rose of Versailles was completed after releasing 66 chapters that included three special chapters which explain the beautiful ending. But if this continues, it will reveal the aftermath of Oscar and Andrew’s death.