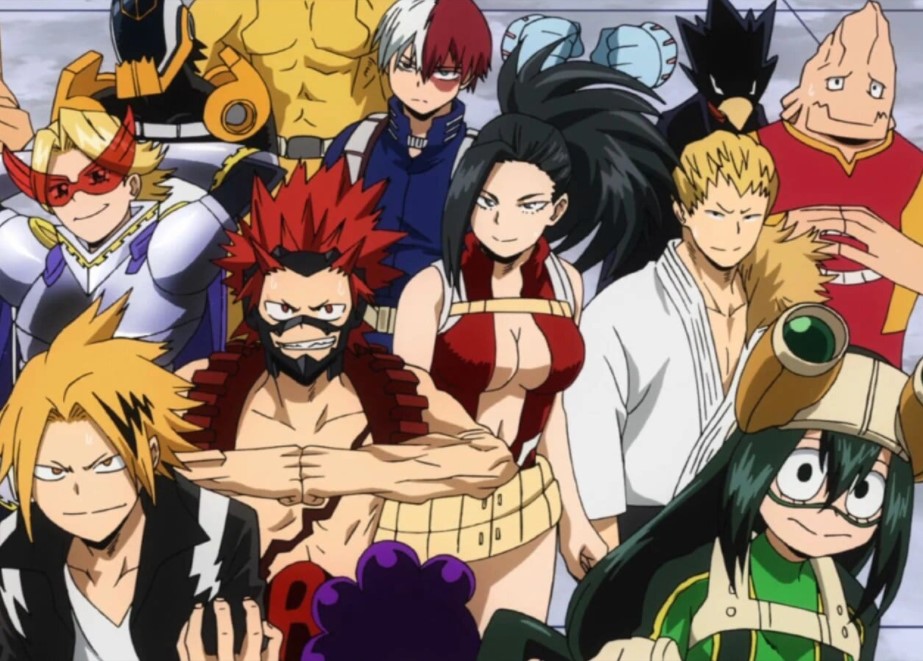 A few years ago, Keigo was watching tv and realizes that he has only seen the Heroes on tv. His father confronted him and wanted to know the truth. Keigo’s father thinks that he is conspiring against him with the outsiders. His father told him that he is not a fool and Keigo must tell him what he is up to and who he is working with. Keigo reveals that he has just heard chaos and sneaks out to see what is happening. He also said that he felt something.

Keigo’s father thinks that everything is a lie and he can believe it. He thinks that his son is hiding something from him. Keigo’s father grounded Keigo to stay in the house until he finds the truth. Keigo’s mother tried to clear the misunderstanding. But the husband yells at his wife, talking about a new job opportunity, and her wife pleads with him not to go. Later Keigo reveals that his father murdered a guy for some pocket change.

Chapter 300 My Hero Academia will be released on Sunday, 7 February 2021. After the release of the new chapter on Sunday, we will be coming back with other updates. Read the latest chapter updates of this Manga here: My Hero Academia Chapter 299. Let’s see what we have down below.

Previously on My Hero Academia Chapter 299

Tomie gave Keigo negative thoughts that make him turn into what he is now. Tomie told Keigo that he shouldn’t have focused on his mother’s Quirk. He took that as an advantage to abused Keigo, and he would have been a better man than he is today. Keigo accepted the way his parents were and understood that they were broken, but he decided not their fate get in his way. His mother reveals to Keigo that his father was nabbed for trying to hijack a car.

Keigo’s father was nabbed by the hero Endeavour, who Keigo’s father thinks is just an ordinary fantasy hero just like the rest. His mother was always scared she might also be arrested for her husband’s behavior since they might think she is involved. They decided to move from their house with a fear of being arrested, but she was weak to support Keigo and his father. Keigo decided to work with the police to generate some income.

Keigo’s mother supported his idea and told him that the money would be coming back home. She also advises him that he can also use the power of his wings in the process. One day an incident took place, and it got the attention of the Hero Public Safety Commission. The Commission supports Keigo and his mother to make a deal of cutting any connection to the Takami. Back to the present, Best Jeanist is driving, and nestles Hawks wakes up.

He told him that soon they would be reaching his destination, but his injuries are causing him to talk with Best Jeanist using a cell phone. Hawks apologizes for sleeping since he was not supposed to. Best Jeanist comments that the Central Hospital’sHospital’s medical achievements have helped. If not, they would have been talking about a matter of death and life. He also said that Central Hospital had created a surgical operation that might allow him to act like the Nomu in a death state inspires him. But he is not happy about it, and Hwakws apologizes.

Hawks reveals that he was sure that he couldn’t outsmart the Paranormal Liberation Front with that trick, including the Nomu created behind the scenes. Even though it was tricky, it worked, and he brought his body that was assumed to be dead to Dabi. Hawks said that Dabi state that they must stay with his body until the right time comes, and it causes him to stay in their facilities waiting to be received at the time. Best Jeanist pull off and told Hawks that he saw villains in groups causing chaos near a marketplace.

The villains call themselves the Glutton God Gang; they clash with Best Jeanist. It took him no time to arrest them since they were not powerful enough to face him. He asks them about the police and heroes, and they told him that they are busy taking care of escaped prisoners. In the incident that happened in the past, the heroes have stopped working due to criticisms. Best Jeanist decided to get some info from different groups of citizens.

He got different opinions from different citizens, and later, Hawks welcomes Best Jeanist to his home. Hawks want to know about something before going out to the public. Hawks called his mother and didn’t get an answer, and he discovered a letter. The letter state that she was forced to reveal the truth about the man who was asking her about her family. She thought that she might cause him trouble and decided to leave the house.

Hawks finished reading the letter and realize that his mother leaked the information. But Best Jeanist realizes that it is like when Hawkws let go of the name Takami, which is how her mother left him. Here console Hawks for everything that has happened. Hawks comments that he is fine since everything has stuck back to him and the Commission is shut down. There is no one to tell him what to do, and he is freed from everything.

Hawks also recalls when his mother told him to be stronger like Endeavor. He told Hawks that when people are in trouble, that is when they reveal the truth. But he used to think that Twice was a good person who always helps others and always wanted to be like that. Hawks said that things had changed even after what Dabi has revealed about the Todoroki Family. Beast Jeanist asks Hawks what he will do, and he said he would help Endeavor out of trouble.

For those who want to read My Hero Academia officially, they can try it on  VIZ Media and Shueisha’s Manga plus official platforms. Visiting official websites helps the creator and publishers to improve.