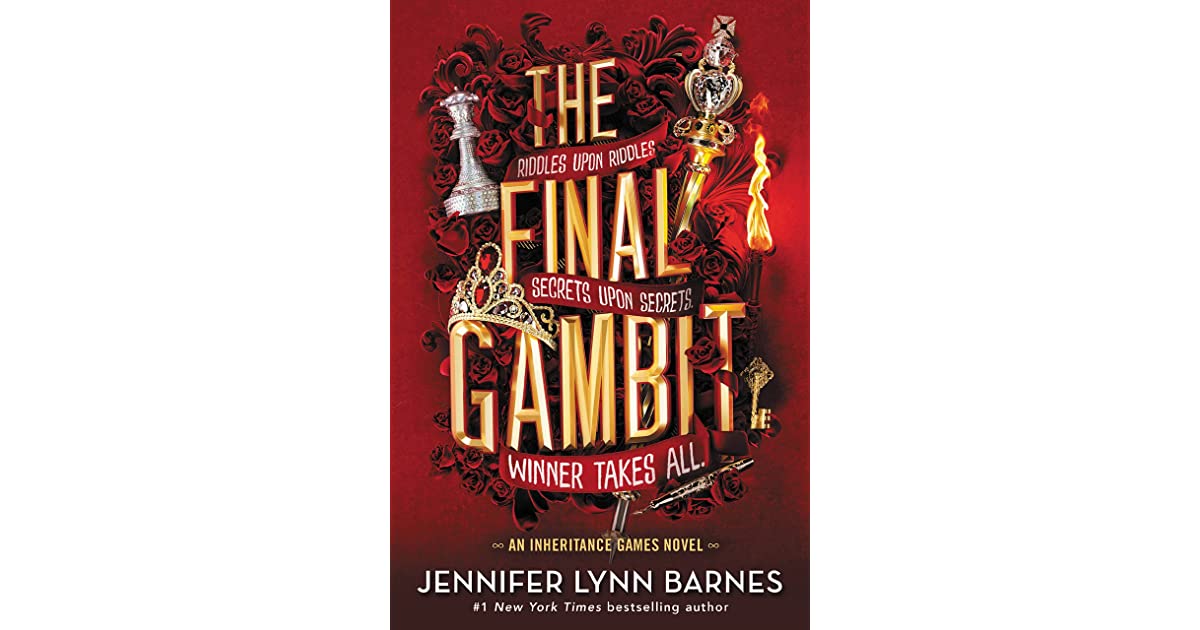 The Final Gambit: The Final Dose Of Thrill For Readers Cr: Otakukart

These days, a reader is mostly influenced by what’s seen on BookTok and Bookstagram. I, myself, admit to getting swept up by the phenomenal edits and random quotes from a book that I find online. One such book I found is the popular YA book, The Inheritance Games. It wasn’t either of the aforementioned community that made me curious. Rather it was Booktwt and readers there who were rambling about Grayson and Jameson that piqued my interest. Being a fan of Jack Hawthorne from the famous marriage of convenience novel, Marriage For One, I was at one point confused about who this James guy was. Because I have read the novel twenty times, I never read about James. So, after embarrassing myself, I learned that Jameson is from this YA novel called The Inheritance Games. Written by Jennifer Lynn Barnes, this book has been all over the internet.

The Inheritance Games, a trilogy, follows the life of Avery and the Hawthorne boys. Avery Grambs is a girl who has her life planned to the point. She needs to survive high school, win a scholarship and get out. That sounds easy and perfect. But unfortunately, life never worked the way we wanted. Her plans for life get disrupted when a billionaire leaves virtually his entire fortune for her. Now, that should have been good news, but Avery doesn’t have a clue about who this man is.

On the other hand, the grandsons of this billionaire, four dangerous Hawthorne boys, are eager to inherit the fortune that is rightfully theirs. Jameson and Grayson Hawthorne don’t trust Avery. They are wary of this new girl who has no connections to the billionaire who just died. After it has been discovered that Avery is not connected to the Hawthornes by blood, new clues hint at a deeper mystery.

The series The Inheritance Games has its readers hooked. From the beginning, the book is fast-paced, and it never gets boring. The characters are strong and fierce, and the romance between these characters is spot on. After the first two books, the third book is expected to answer all the questions that have been clouding readers’ minds. The third and final installment in this thrilling series, The Final Gambit, releases on 30th August 2022, Tuesday.

The New York Times bestselling book, The Inheritance Games, has also been picked up for a TV adaptation by Amazon. Jennifer Barnes will be co-producing the series. Jennifer wrote her first published novel when she was merely nineteen. Since then, she has been writing nonstop. She has written around 34 books to date, and all of them are young adult novels.

The Final Gambit: The Final Dose Of Thrill For Readers Cr: Otakukart

Most often, YA as a genre in books gets neglected by the larger audience for various reasons. But, YA mystery books that are seen trending these days are actually good and worth your time. Books like We Were Liars, A Good Girl’s Guide To Murder, and One Of Us Is Lying have all become famous now, and this was possible mostly because of our beloved and trustworthy [most of the time at least] BookTok. Readers who loved these books should definitely add The Inheritance Games to their TBR if they haven’t already. The trilogy is perfect for fans of thrillers with a hint of romance.

The first book, The Inheritance Games, was released in 2020 and has been a favorite of young readers since then. Both the books, The Inheritance Games and The Hawthorne Legacy, have been nominated for Goodreads Choice Awards. Some other titles written by Jennifer Lynn Barnes that must be on your radar are The Naturals series, Raised By Wolves series, The Fixer duology, and Debutantes duology.

The third book will be released on Tuesday, and readers are losing their patience now. They are going crazy on their Bookstagram accounts as well as other platforms. All the readers in the bookish community want answers. Good for readers who were fortunate enough to receive an ARC. They already know who Avery ends up with. However, those who are waiting for the release day might get their final dose of Avery and the Hawthorne boys accompanied with answers on Tuesday.