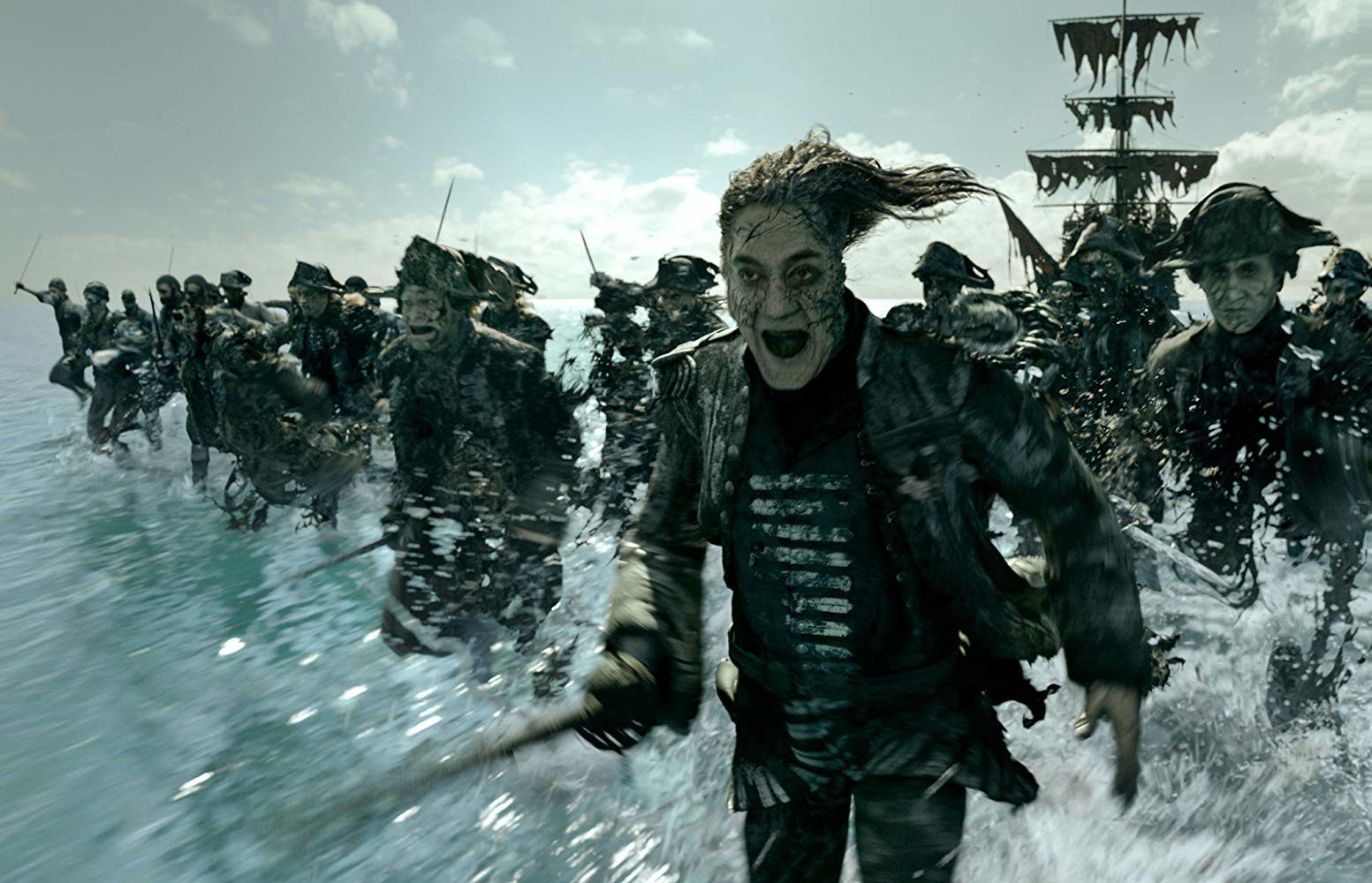 Pirates of the Caribbean film series watch order is quite tedious, and thus, we will help you navigate through it all. It is a fantasy film series throwing light on the adventures of Jack Sparrow. Jerry Bruckheimer has produced the films. Pirates of the Caribbean films have been a great success for Disney. We have a total of five films in the franchise, which are made on a budget of 1.3 billion dollars. Upon their release, they brought in a collective success of 4.5 billion dollars.

The first film is called The Curse of the Black Pearl and introduces all the movie’s main characters to us. The plot begins in 1720. We see Governor Weatherby Swann as well as his daughter Elizabeth. They recover a boy named Will Turner. Elizabeth is fascinated with the golden pirate medallion this boy possesses and thus, takes it. The movie then starts eight years later when all the kids are now adults. Captain James Norrington is seen proposing to Elizabeth.

Although, on the same day, she is wearing a very tight corset and thus, falls into the sea after fainting. When in the water, the medallion starts to emit a strange pulse. Captain Jack Sparrow has landed on the shore just then, and he saves Elizabeth. He is in Port Royal in order to commandeer a ship. Given the fact that pirates are strictly prohibited from the Port Royal, Norrington identifies Jack and starts chasing him through the streets. As for the rest of the crew of Jack’s ship Black Pearl, they capture Elizabeth and are now taking her to meet with Captain Barbossa. 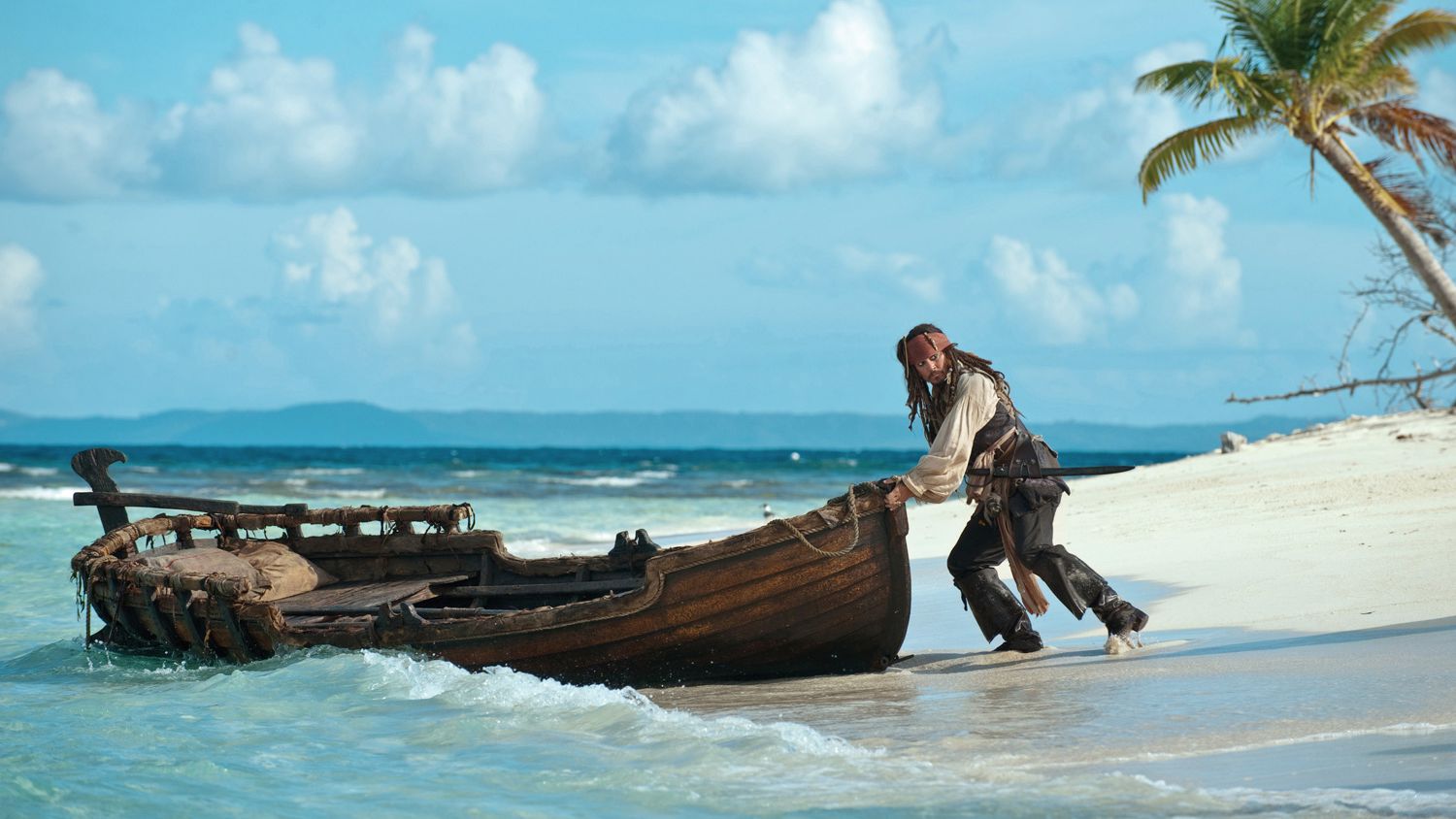 Barbossa describes that the medallion which Elizabeth has around her neck is one of the treasure pieces which his crew took from Hernan Cortes located on Isla de Muerta. It was a payment from the Aztecs to save them from the massacre. Cortes becomes too greedy to do so, and thus, the Aztec gods cast a curse on the gold. Believing that Elizabeth is Bootstrap Bill Turner’s daughter, Barbossa takes her a prisoner. In order to know what happens next, I suggest you watch the films through the platforms mentioned below. Although first, we shall discuss the watch order of the films.

Pirates of the Caribbean Watch Order

How to Watch Pirates of the Caribbean All Films

Given the fact that the Pirates of the Caribbean film series are a Disney production, they are all available to watch on Disney Plus right now. The platform costs 7.99 dollars a month as its basic plan. It is an ad-supported version. In order to go ad-free, I suggest you buy the higher plan staked at 10.99 dollars a month.

Fans in India who wish to watch the Pirates of the Caribbean films can head over to Hotstar. The subscription starts as low as 49 rupees a month. It goes up to 499 rupees a year as well, which is a much-discounted price. With just a Hotstar subscription, you can watch all the Disney episodes but in Hindi dubbed and with ads. In order to be ad-free and English, upgrade to Disney Plus for just 1499 annually.