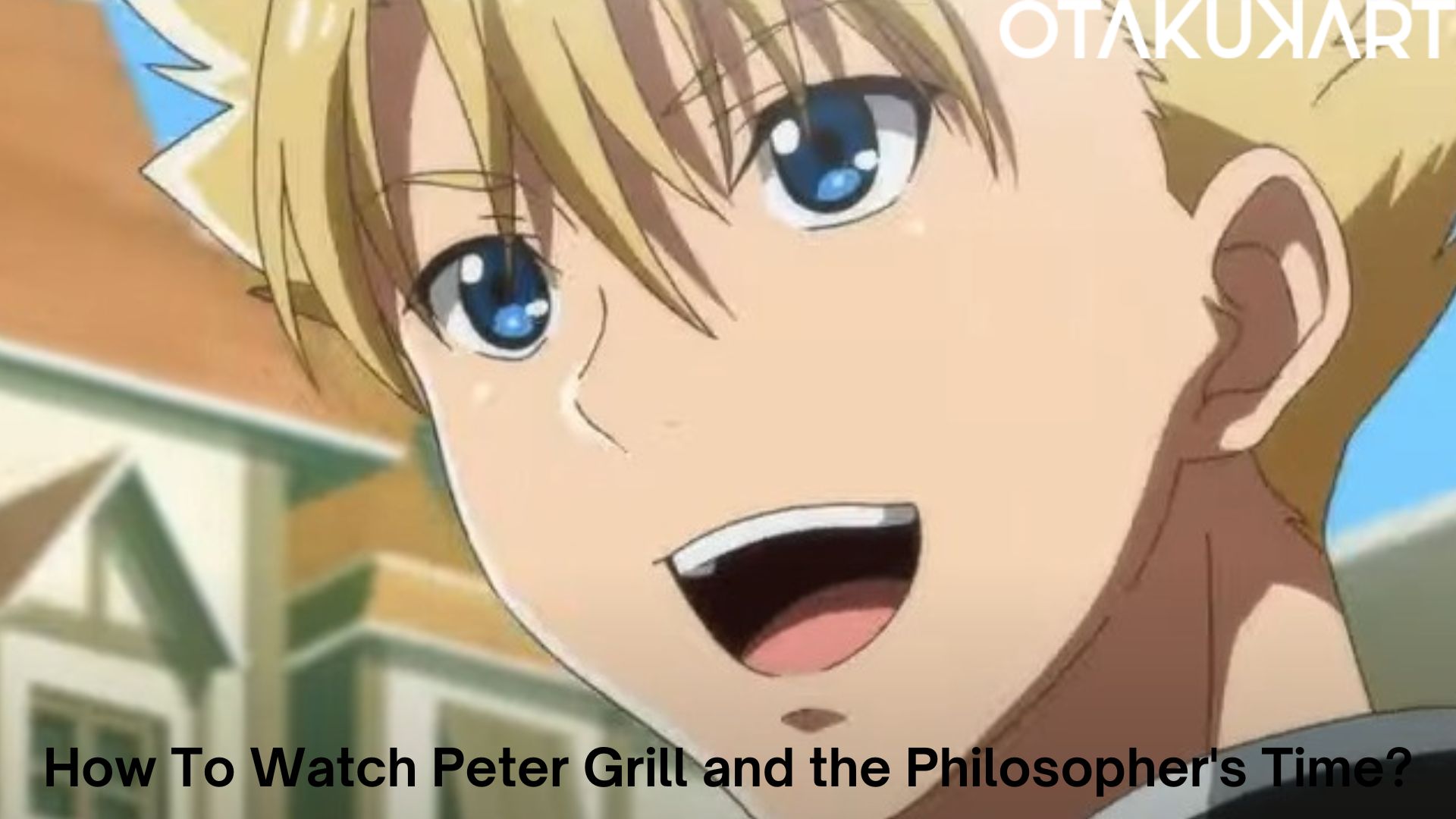 Peter Grill and Philosopher’s Time, an anime that started serializing on the 11th of July 2022, is based on a warrior of the Brave Swordsmen’s Guild, Peter Grill. He has emerged as someone who has won an international fighting tournament and is awarded the title of being the strongest in the whole wide world.

Peter uses this victory of his in a rather intelligent way by using it to marry the guild master’s beloved daughter, who is also his guild member (who needs to do the hard work of flirting when you have the title of the strongest man alive) Luvelia. However, being the strongest man alive brings its own set of problems that muscular strength cannot help solve.

Now that everyone knows about him, everyone wants to have his child get the “seed” of the strongest to continue this in their generational tree too. And when this wasn’t already a headache, the grand master’s obsession with his own daughter is restricting him from letting his daughter live a peaceful and happy life with Peter. Now he is consistently trying to wreck their lives.

It is entirely upon Peter to save his all to the perfect world from all this. Would he be able to do it? Is he a mind with a body or just a body with a mind? Only time will tell. Everyone who liked or disliked the series can tell us in the comments their views as to why.

Also Read: My Isekai Life Season 2: Everything You Need to Know

Peter Grill hopes to wed Luvelia Sanctus after winning the title of the world’s toughest warrior and vows to uphold his purity for her. Mimi and Lisa Alpacas, two ogre sisters, desire his seed, nonetheless, in order to conceive powerful progeny. Peter’s disapproval is evident when Luvelia informs her dad about her marriage to him. Mimi and Lisa use extortion to force Peter to mate with them till they become impregnated at the guild event that evening, forcing him to remove his trousers.

When her dad and Luvelia arrive, it leads to a humiliating situation. A female elf is spying on him from a rooftop the following day as Peter, Mimi, and Lisa are in his bedroom. After having a nightmare about Luvelia and her father, Peter awakens to find someone molesting him. This invader is an egotistical female elf by the name of Vegan Eldoriel.

She casts a curse on Peter when he refuses her. In the meantime, a monster has Luvelia in its grasp. Luvelia is delivered from the creature that has her captive by Peter. Peter discovers that he still has arousal that night in a hot spring, days after the conflict.

Then Vegan shows up, telling him that she had already put a spell on him that prevents him from getting aroused until he has intercourse with her. When Peter hears her, Luvelia invites him to join her. Peter decides to stick with Vegan after being compelled to make a choice.

The Great Orcland and the Southern Pork Pie Kingdom send a letter to the obnoxious dad of Luvelia. He plots to force Peter to wed Piglette Pancetta, a female orc, have seen a possibility of winning Luvelia back. The orcs give Piglette a stimulant and then confine them in a room, so against Peter’s best efforts to resist succumbing to the trap, he tends to end up mating with Piglette.

He makes an effort to escape the circumstance the following morning by requesting her true desires. Piglette fabricates a story at the dinner table, denying having sex with Peter. So that she might stay at his side, she next asks to be moved to the guild. Peter is flanked by Piglette, Vegan, Mimi, Lisa, and Piglette. The girls’ consent to hold a competition to determine who can make him the most aroused because they all desire to be with him.

An intoxicated Tim enters and gives everyone a drink as they keep arguing among themselves. After getting inebriated, the females are capable of seducing Peter with success. The following morning, they make the decision that in order to prevent this scenario from happening again, they must accept a set of conditions. The girl’s consent to a contract permits Peter to carry out his demanding responsibilities on a regular basis.

Peter chooses to take Luvelia out on a date on a day off. Later that evening, Mimi arrives as Peter is having supper with Luvelia. Peter, who is concerned, departs with Mimi after having sex. When he goes back to his seat, he notices Vegan chowing down alongside Luvelia.

After that, he also has sex with Vegans. The next thing is Lisa showing up. Luvelia thinks back to the moment she first fell in love with Peter while he was gone. Peter worries about the predicament he finds himself in after the date.

How to watch Peter Grill and the Philosopher’s Time episodes?

Social media was filled with questions regarding this peculiar anime series, and the one that was asked the most was How to watch Peter Grill and the Philosopher’s Time episodes? All the potential fans who are wondering the same can stream this anime on Hidive and Crunchyroll. These are the two known official streaming sites of the anime series.