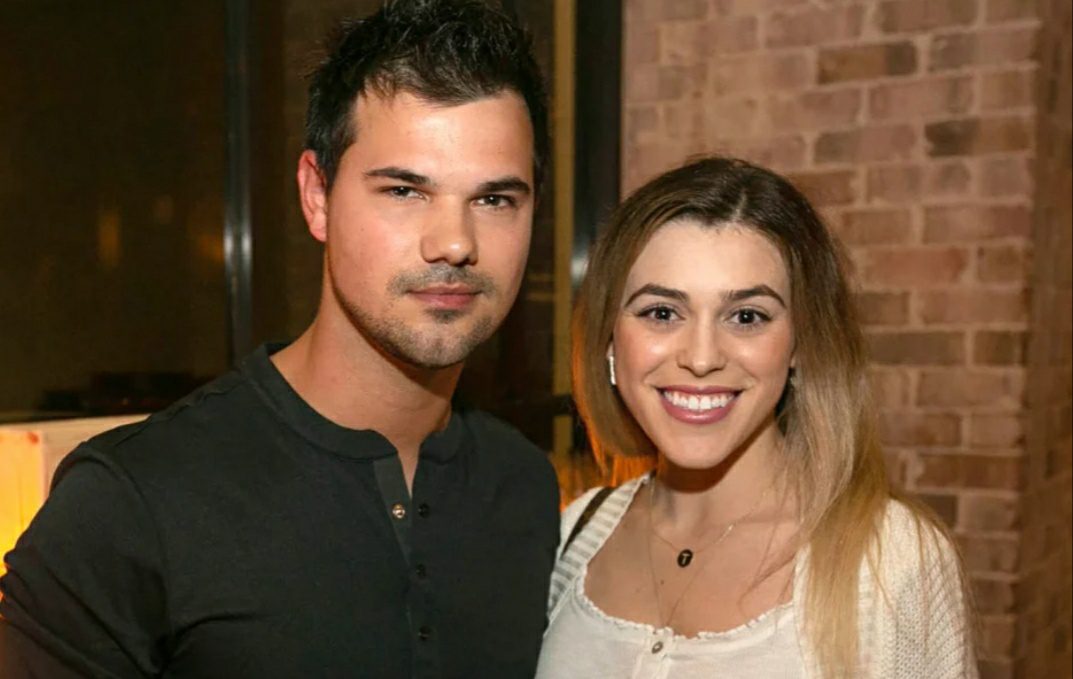 Here, we shall discuss are Taylor Lautner and Taylor Dome dating each other at present? In case you are confused, Taylor Lautner has gained quite a recognition and fame for his role in The Twilight Saga film series. Some of his other popular works are- Run The Tide, Abduction, Home Team, Cuckoo, Danny Phantom, and a few more. On the other hand, Taylor Dome is not anyone from the film industry but primarily is a registered nurse. Little did you know, she is also a social media influencer. She has collaborated with FLO Vitamins, Too Faced Cosmetics, and a few more companies.

Both Taylor Lautner and Taylor Dome are pretty much successful in their respective professional lives. It’s been several years, and the two of them have been sparking dating rumors. At various places and events, they have been spotted together, which has fueled the rumors more, keeping the fans wondering. In this article, we shall provide the details of the timeline of their bond and also discuss if they are dating at present. Let’s dive in.

Finally, the waiting is over! Taylor Lautner and Taylor Dome are not just dating but are also engaged to each other. Their relationship is adorable. The couple is together since 2018 and took their relationship to the next level last year. Let’s learn how things started between them and their current status.

It was Taylor Lautner’s younger sister, Makena, who introduced the two. Taylor Lautner and Taylor Dome have sparked dating rumors for the very first time in September 2018, after the duo attended a wedding party together. The love birds turned their relationship official in October 2018. The Twilight actor posted a picture of them wearing matching Space Jams-themed costumes. It was made just before the Halloween occasion of that year. 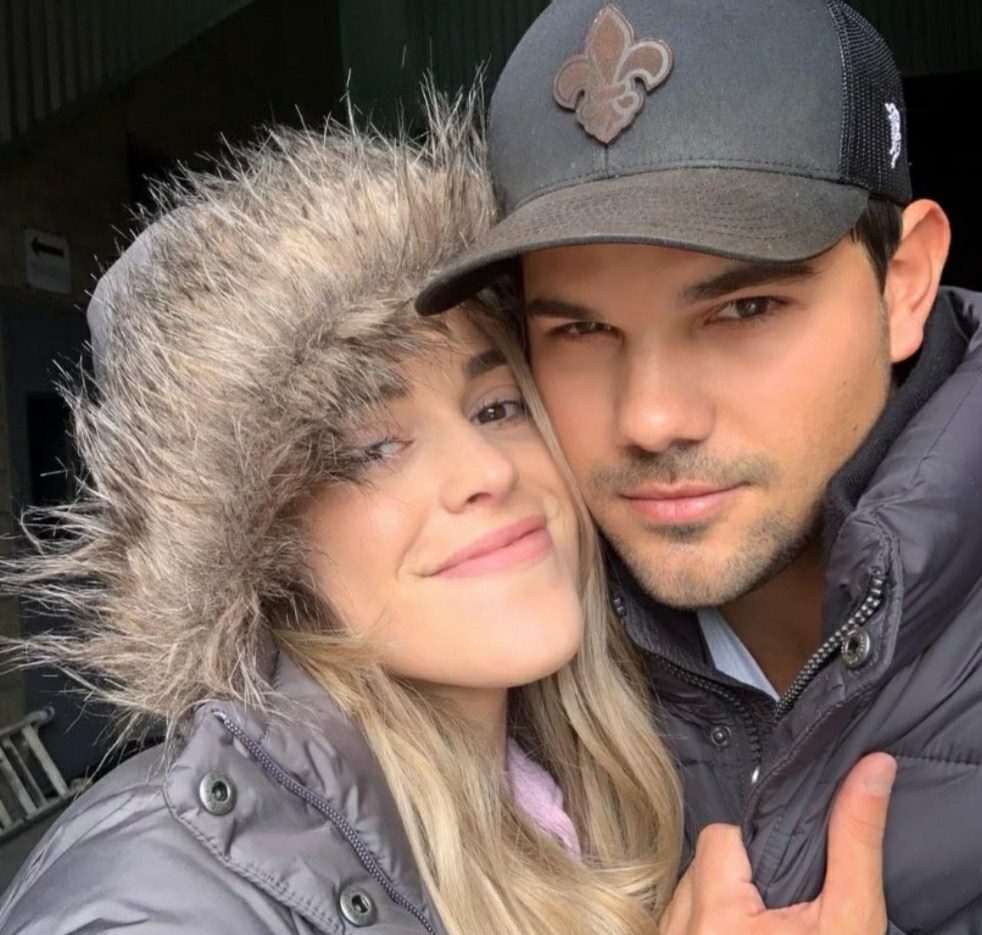 In the following year, the new couple attended the New Orleans Game together, and it was their first public appearance. Well, they weren’t alone, though. The duo was there with some of their friends, too, and it took place on 13 January 2019.

As mentioned earlier, Taylor Lautner’s fiancee is a registered nurse. She completed her nursing graduation, and on the occasion of that, the actor posted a picture of them with a flower bouquet in her hand. He added a caption stating, “This angel just graduated Nursing School, and I couldn’t be more proud.”

After a few days, she posted a picture of her hugging her beau and captioned the post, “Thank you for encouraging me when I felt like quitting. Thank you for all the meals you’d make me when I was too busy studying. Thank you for quizzing me and trying to pronounce medical terms and abbreviations. Thank you for your calming hugs when I would be getting an anxiety attack. Thank you for supporting me endlessly. You mean the world to me & I wouldn’t be where I am today without you.”

With this, it is very much evident that both are quite supportive of each other and indeed that their feelings appear o be very genuine.

The love birds continued to share glimpses of their romantic relations. Fans kept showering them with loads of love on each of their posts. In September, Makena got hitched to the love of her life, Jacob Moore. Both Taylor Dome and Taylor Lautner were there by their side. From this, fans had gotten an idea that the love birds are quite serious about their relationship, making it related to their respective families too.

Last year, in July, the young couple introduced a new member. Both are dog lovers, and it’s a cute dog whom they named Remi. The Twilight already had a pet, and Remi is more like its sibling.

This year has been great for both of them as they took their next step now. It was on 11 November 2021 when he popped up the question to her. It was a big yes from her side. 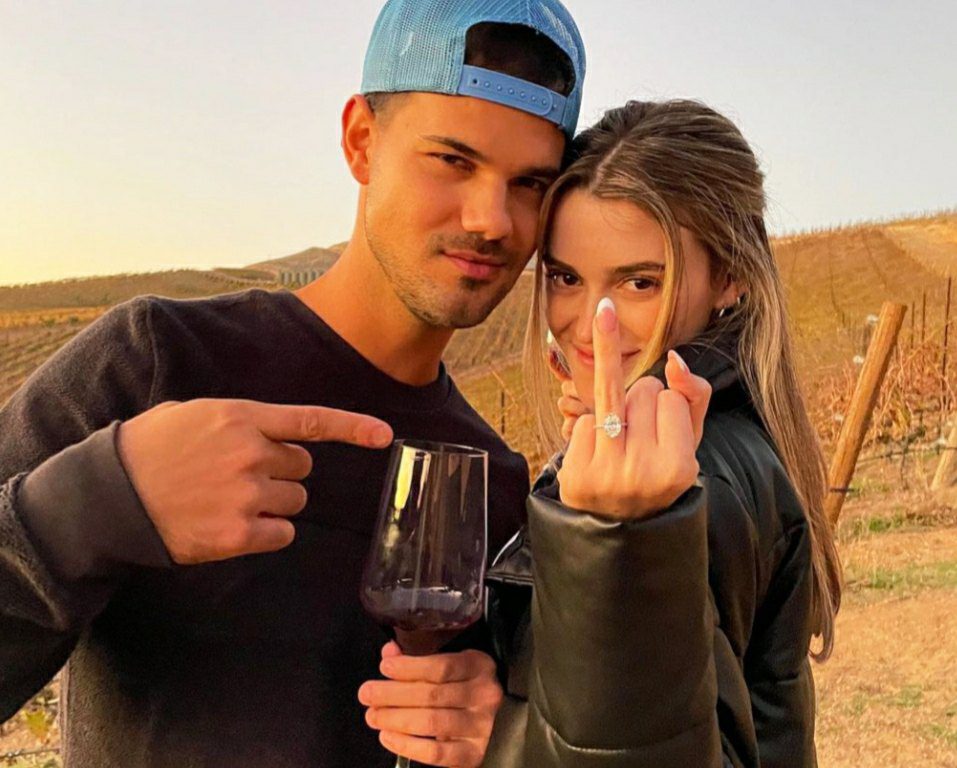 Recently, Taylor Dome surprisingly shared that she had a crush on her fiance’s Twilight co-star, Robert Pattinson. She has taken up the Tiktok challenge, which focuses on revealing her childhood crush and ending up with someone else. Guess what, Taylor Lautner has taken this confession with some good grace and laughed. He said, “bout time I won something.”

Even though they are engaged but haven’t provided any hint of their plans. It is not known when they are going to tie the knot. Congratulations to Taylor Lautner and Taylor Dome for the upcoming days of their relationship, hoping it grows stronger than ever.