Taylor Squared, Taylor Swift and Taylor Lautner, the couple was in a relationship in 2009. 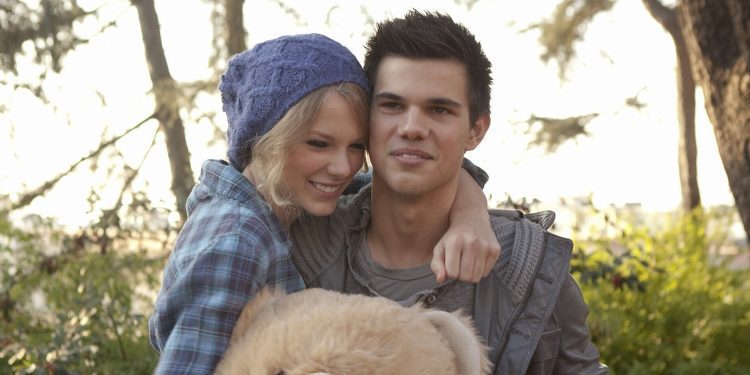 Taylor Swift and Taylor Lautner were quite the talk of Hollywood when they were dating in 2009. So, why did Taylor Swift and Taylor Lautner break up? People were shocked when the pair suddenly decided to end their romance after being together for only a few months. Their whirlpool romance ended as soon as it started that many did not even get why they decided to break up. They also had their given shipping name, Taylor squared, considering how both of their names are similar.

Swift and Lautner came to know each other while shooting for the film Valentine Day in 2009. In the movie, the couple played the role of a young couple who were very much in love with each other. Later on, it seems their love blossomed into real life, too, from the reel life. Soon, the couple was together in public several times, and it got revealed that they were dating in September 2009. But, their relationship did not last long as their splitting news came in December 2009. Swift also released Back to December song after her break up that is pretty much about Lautner.

Taylor Swift and Taylor Lautner had never stated specifically the reason for their break up. Both Swift and Lautner, during that time, were still in their teenage years in 2009. The singer was only 19 years old while the actor was 17 years old, with both of them being at the peak of their career. It could be one of the reasons why the pair broke up as they got the sudden spotlight, and they did even know if they were the right one for each other or not. Thus, Taylor Swift and Taylor Lautner broke up after being together for only three months.

Taylor Lautner was more into Taylor Swift than her. A close insider mentioned that the actor liked the singer more than she liked him. They also went out a few times after becoming close friends, but she lived in Nashville, whereas he was in Los Angeles, during that time. It also created problems for them as they had busy schedules that kept them from growing close further. The insider also stated how Lautner went everywhere he could to see Swift. Meanwhile, Taylor Swift did not travel much for seeing Lautner and was more invested in her career.

Taylor Swift and Taylor Lautner Broke Up in Late 2009

Taylor Swift and Taylor Lautner had never officially confirmed that they were in a relationship. But, people and fans begin to speculate it after they were spotted together several times being lovey-dovey. Just like that, the pair also never officially stated about them being splitting. A close insider during that time revealed about the couple decided to end things between them. The insider revealed how things were not progressing into anything and was not going to. Thus, the pair decided that they were good only as friends.

Who is Taylor Swift and Taylor Lautner Dating Now?

Taylor Swift is dating Joe Alwyn, who is an actor currently. It has been four years that the couple has been in a relationship. However, the pair rarely make many public appearances are very low key about their relationship. It is one of the longest relationships of Taylor Swift. Meanwhile, Taylor Lautner got engaged to Taylor Dome, his long-time girlfriend, in November 2021. Later on, he announced his engagement through his social media account. Well, Lautner had got a fiancee with the same name as his this time. Thus, both of them are happy in their own life.

Also Read: Taylor Swift Dating History: Who Was Taylor Swift’s Boyfriend when She was 21?

NCIS Season 19 Episode 11: The Team Faces Off Against The Navy