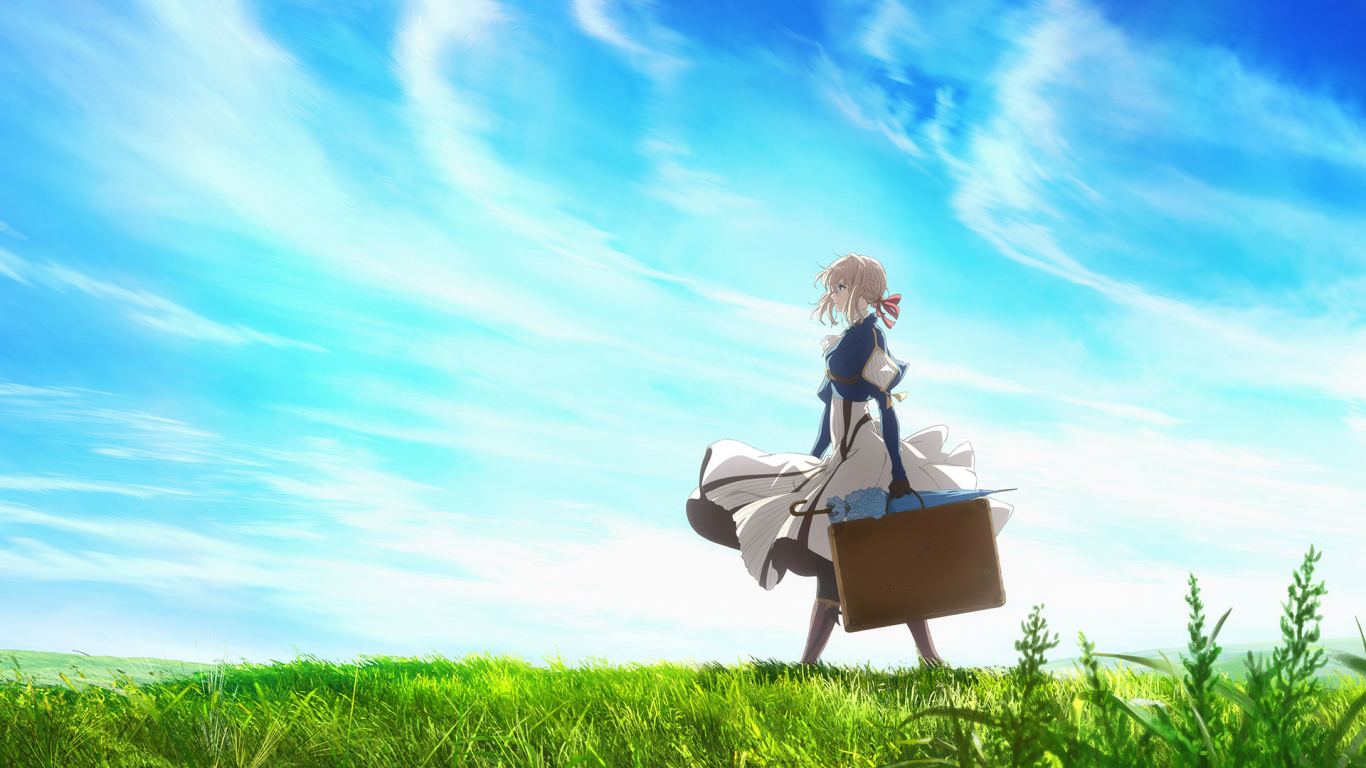 Kyoto Animation is one of the best studious working in the anime industry. It’s always been. They’re effective because they’re not chasing the crowd. When other studios produce hundreds of anime on an annual basis, They release a handful that will be significant for years to come. This was shown to us with their latest hit with Violet Evergarden, and the same thing was done in previous years.

What would you do if you opened your door and the wide green face of a dragon-filled the door of your home? Perhaps the first impulse is to shut the door and hide in your bathtub. You, though, could only freeze and stand there long enough to see the dragon poof and transform into a pretty girl dressed as a maid. Miss Kobayashi had the same meeting, took the second choice, and the dragon maid introduced herself as Tooru. The night before, Miss Kobayashi got intoxicated after work and walked into the jungle, where she discovered a wounded dragon. In her intoxicated state, she took the sword out of the great dragon Tooru and gave her a place to rest. Tooru agreed that the only way to repay generosity was to become her personal maid. We get a little bit of comedy life as Tooru continues to adjust to the human way of doing things, like doing the laundry in the washer and not in her mouth.

A silent voice is a Japanese anime film, the most heart-breaking anime on this list. The film was made by Kyoto Animation and directed by Naoko Yamada. It tells the story of a boy named Shoya Ishida, who used to scare a deaf girl named Shoko Nishimiya into a new education, and years later it was his chance of salvation that he set out to make amends with her. The film is based on a manga by the same name. The greatest thing you can see is if you like your name or any of the work of Makoto Shinka. This is a truly spectacular film that tackles critical problems such as crime, disability, and suicide, with a sense of humanity and an excellent sense of dramatic suspense. Just make sure you have a packet of tissue next to your popcorn — you’re going to need it for the climax, for sure.

‘Violet Evergarden’ is a profoundly touching tale about a girl’s path of self-discovery, who suffers from the remorse of the victim and PTSD as a result of the war. The whole anime is a dynamic work of art that no other Studio could have done better than KyoAni. The piece of art in each frame is indeed so exquisite that it is deserving of being hung on a wall with a frame. Right from the first episode, you’re somehow able to put yourself in the shoes of the anime characters and know just what they’re going through. This generates an impactful, cathartic reaction that makes this anime extremely unique.

Widely regarded as one of the most well-known titles of Kyoto Animation, Clannad was released in the fall of 2007. The school life-romance anime, adapted from the visual novel Clannad, follows Tomoya Okazaki. Tomoya encounters a number of girls who share time with most of them through high school. However, he is fond of the shy Nagisa Furukawa. Tomoya discovers that Nagisa has cancer and tries to restart the drama club. Tomoya is encouraging Nagisa to make her dream come true with the aid of the other girls she encounters. Clannad has two seasons and has been running for 23 episodes.

Kyoto Animation has been active in a number of high-school based anime series, but even then, somehow, they manage to separate these animes from each other by adding other features, such as suspense and life-size, to produce some amazing shows. ‘Hyouka’ is another of those high school animes that revolves around a boy called Oreki Houtarou who joins the Literature Club of his school. While he was very depressed at the beginning of the club meetings, he started to note that the club members had something very strange going on. Soon, he fits in with them and joins them in their venture to solve a 40-year-old mystery that has been lurking around in their own college. The Studio has done a fantastic job here, making a deep mystery tale that has the perfect number of plot twists to keep you entertained.

K-ON, yes, yeah, yeah! It can be concisely summed up as the exploits of a group of high school students who formed the pop music band, but stopping at it is a disservice to the tale. What has been raised is not what, but how; K-ON! It’s about the downtime between rehearsals, hanging out with friends, the magical and common nature of adolescence. Director Naoko Yamada’s uncanny ability to break into the heads of her characters and make them live their lives as real people is never at odds with the funny, pure fun side of the series. The enjoyment of the first season followed by a much more atmospheric and emotional plot.

We all, including the saddest of us, have had a couple of good friends since childhood. Nichijou is a piece of life story about a group of childhood friends lucky enough to stay together all the way thru high school. The plot is pursued by high school girls Mio, Yuuko, Mai, and a genius named Hakase. The set of natural and ridiculous marks the everyday events in this community of friends.
A piece of adventure comedy has a classic appeal. The artwork is not nearly what you want from Kyo Ani in its simplicity of style. The whimsical look seems to be fitting for the light-hearted genre.

Chunibyo, also known as a second-year syndrome, is a disorder in which, even after going to high school, teens feel as though they hold mystical abilities or assume that they belong to a magical world that does not currently exist. Yuuta Togashi was a Chunibyo once, and he knows just what it’s like to be harassed all the time because of his illness. Yet somehow he manages to mature out of it and even agrees to attend a new school in the expectation that he can get a fresh start. But when he encounters another Chunibyo named Rikka Takanashi in his new school, he’s trying to help her out as he knows what she’s going through. But this takes him back in a lot of humiliating circumstances together with Rikka. ‘Love, Chunibyo, and Other Illusions’ is an amusing anime that beautifully combines fantasy, science fiction, and romance.