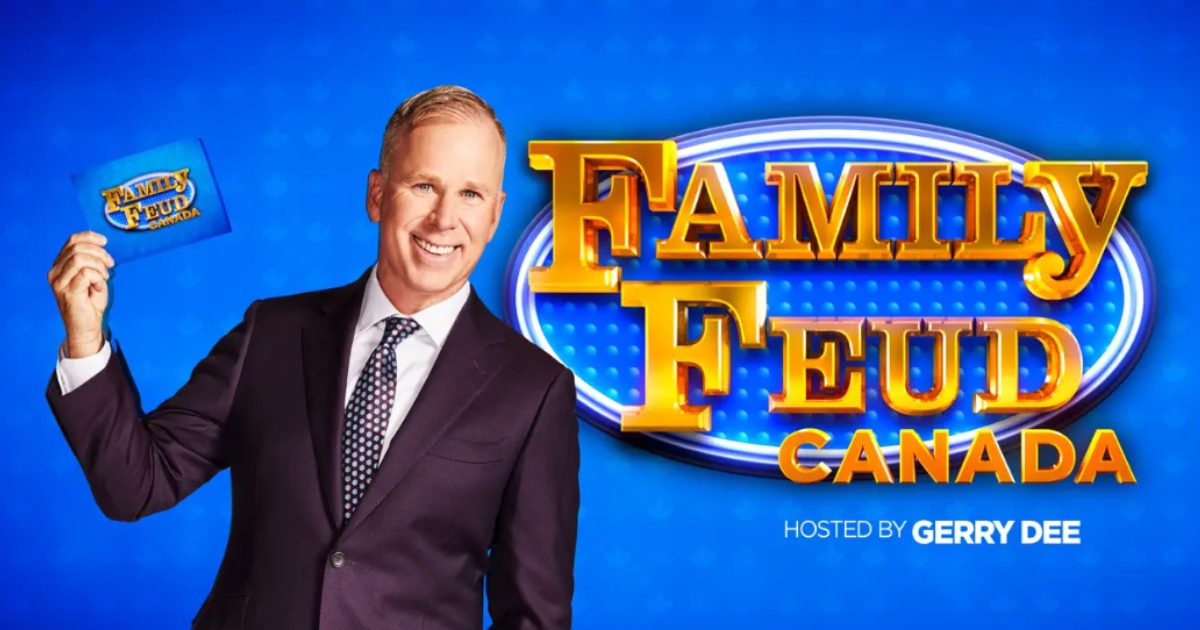 You may think you know quite a bit of Trivia, but when the timer is running out, the answers just seem to escape your tongue. It’s not just you, the families who show up at Family Feud Canada go through just that, and as a result, the show offers hilarious answers but there are some surprisingly good families, who’ve practiced for weeks to take home prizes up to 30,000 CAD.

Family Feud Canada is much alike its American predecessor but the families that participate here would only get three appearances, whereas in the American version a single family can show up for 5 whole times, with even a special prize if it happens. The Canadian version was adapted by CBC and was said to be in the making on May 29th, 2019 and after 6 months, the show finally started airing on Television on December 16th, 2019.

The show involves families competing with each other in a game that has them answering general questions, and they’d have to give answers that match those given by the audience. The family with the most similar answers gets the most points and ultimately the points are added up to reveal the winner of the round.

Family Feud Canada Season 4: All the Families so Far

The 4th season started with a battle between two shows, the drama series “Heartland” cast and those from the much-loved baking show “The Great Canadian Baking Show.” The rest of the episodes included families such as:

This family from the islands of Newfoundland, a province in Canada, plays well and ends up having three whole appearances on the show. Their points add up enough to make them win the whole 30,000 CAD amount.

This family hails from Morell, Prince Edward Island. They answer all questions with the most popular answers, but unfortunately after battling and winning successfully against the Jacobs, they Lose to the Elseri-El-Fateh family.

These three families, all much different from each other, end up losing to each other after winning only one or two rounds. The Elseri-El-Fateh lost to the Inserra’s and the Inserras lost against the Selks. 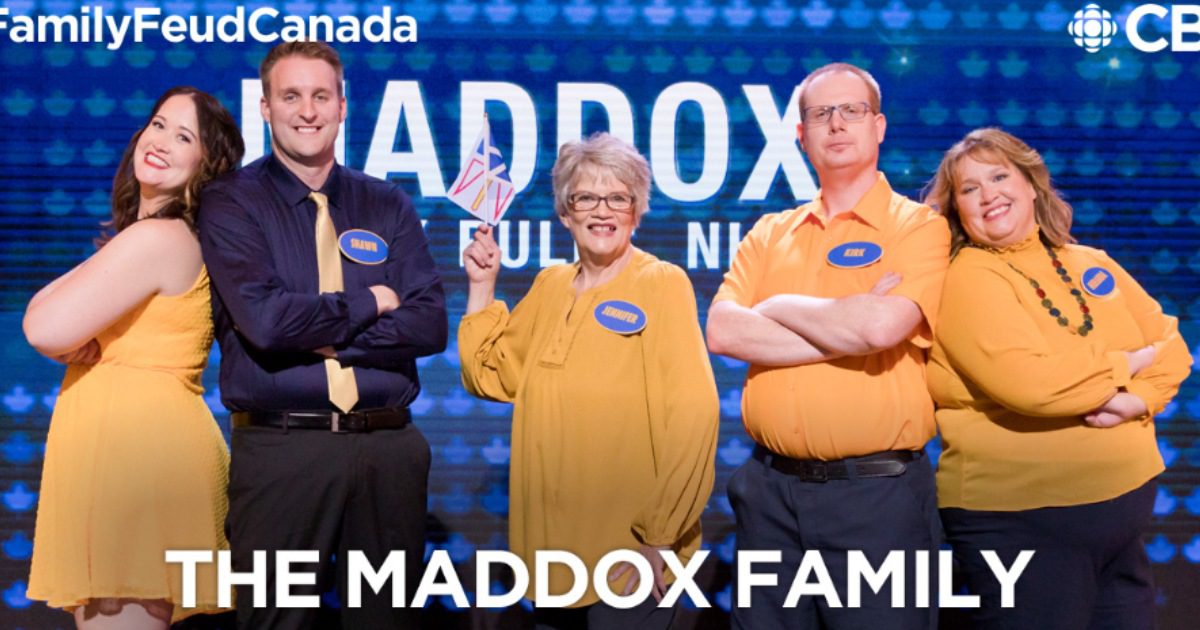 Hailing from Longueuil, Quebec, The Caruana won against the Selks, but end up losing against the Irani Family. The son, Gerry shares the same name as the host, and both his mother and him answer each question well. They take home a total of 10,000 CAD.

This Family from Mississauga, Ontario was all set to take home the grand prize of 30,000 CAD, and by winning all the rounds against the Caruana and Jonas families, they almost had reached their goal. Sadly, they lost against the Washingtons in the final round.

The Washingtons & The Reid Family

Though Washingtons secure a good win and break the Irani Family’s streak, they end up losing against the Reids. The Reids may have won against the previous family, but their streak is short-lived as The Tu family wins against them.

The Tu’s end up winning not just two, but all three rounds. The family is from Toronto, Ontario, and battle against the Reids, The Chipiros, and the Zahoor family. They win the contest in Episode 17 of this season. 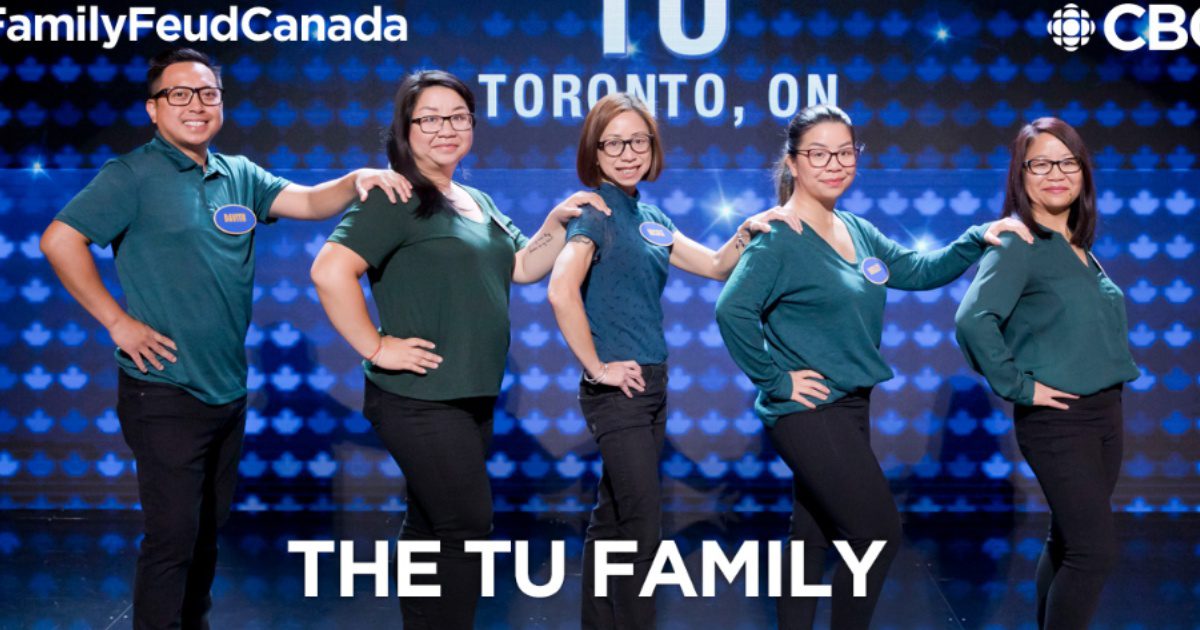 Chimenti were all hoping to win just as the family before them, and they get so close to their ambitions by defeating the Macleods and the Pastro family, but they end up losing against the Rambally family. The Chimenti family was from Whitby, Ontario.

This family from Saskatoon, a city in Canada, won against the Chimenti family and had another win with the Wittmann family. They are asked questions like naming a farm animal without feathers and what people usually keep in their car for a rainy day. After winning 20,000 CAD, they lose against the Magalhaes family.

The Magalhaes Family, The Kapoors & The Morin Family

The Magalhaes may have won against the Rambally’s but they lose against the next families. The Kapoors, Morins and McNeils, all win only one round and win 10,000 cash as a reward.

These families take home 10,000 CAD and only have a single-round appearance. Nonetheless, they play well and give some witty yet funny answers.

The Thurston family seek redemption with one of the greatest second rounds of Fast Money in Family Feud Canada history.

📺 Tune in to @cbc at 7:30 (8NT) every Mon-Thurs for a new episode of Family Feud Canada! pic.twitter.com/Lc8o6lpXft

This family from Winnipeg takes home the whole 30,000 cash prize and also offer one of the best comebacks in the history of family feud. Kris, from the family, ends up answering the highest scoring answers, making the family secure the bag.

Just like the previous family, The Arauags win a total amount of 30,000 CAD. They win against the families of Wiggers, Patterson-Hall, and Degagne.

Hailing from Halifax, Narangs win two rounds, against the Antonins and the Pathmarajans, but before they could win another 10,000 CAD, they lose to the latest winners, The Facchins. 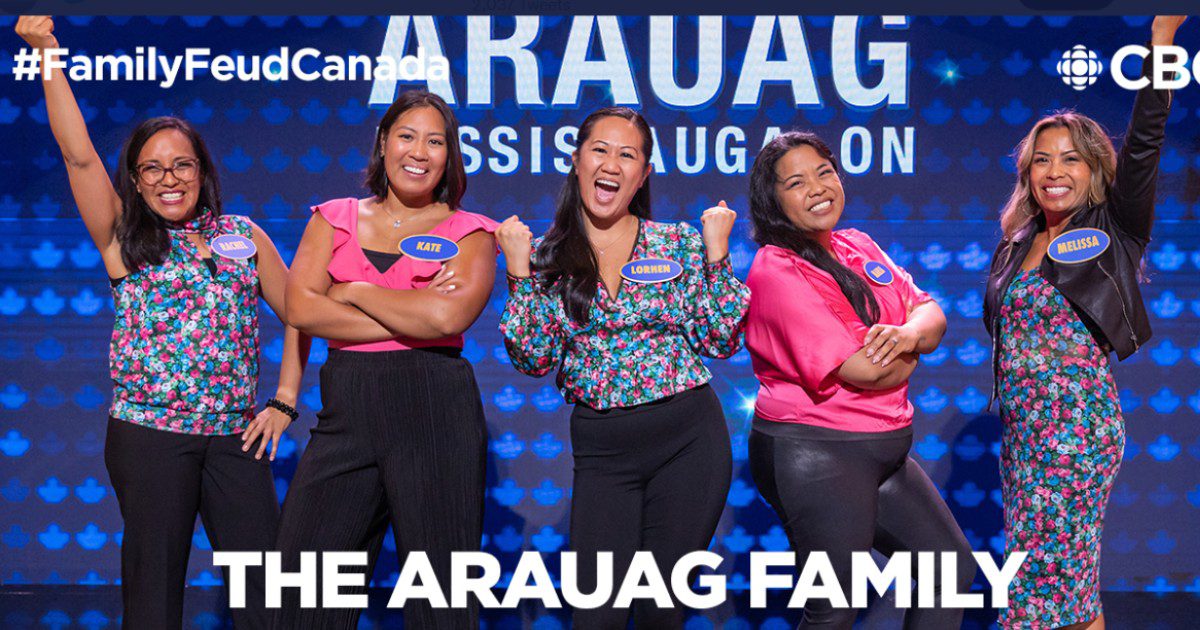 These winners of the last episodes (Episodes 39 & 40) hail from Dominion, Nova Scotia. They win against the Narangs and face the next family, the Ebners.

The show is aired on CBC, at 7:30 pm ET. On-demand episodes are available at Gem CBC and Apple TV for Canadian Viewers. As of now, Family Feud Canada is not aired outside of the Country, but globally, viewers can watch entertaining clips of the show on YouTube.

Also Read: How To Watch Family Guy in 2022? The Iconic Comedy Show