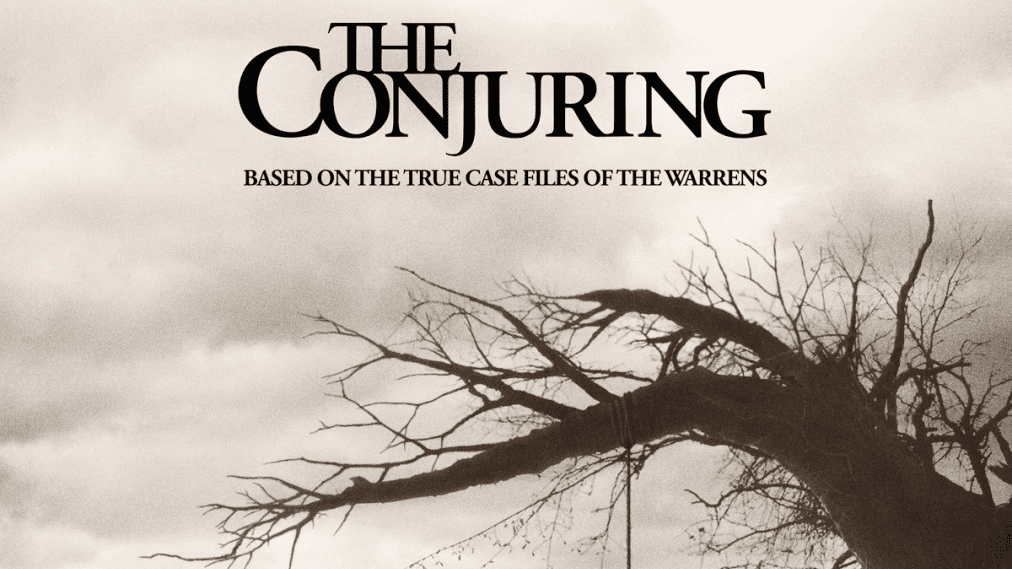 People watch horror movies for amusement. The feeling of being wrapped in sheets while binging on the latest horror hits might be a welcome stimulation to some while completely aversive to others. But when the tagline reminds them that the movie was inspired by real-life incidents, something chilly draws up their spine. When filmmaker James Wan announced that the plotline of his 2013 film “The Conjuring” was based on the real-life haunting of the Perron family that lived in Rhode Island during the 1970s, the skeptics laughed it off.

Stories of hauntings were written for stimulation and genre exploitation, not because they were real—so they would like to think. Nobody is happy about the possibility of things moving from their places in front of their eyes nor of being attacked in the middle of the night by some paranormal force, yet this is what the Perron family’s eldest Andrea claims. In her trilogy, Andrea Perron writes a firsthand account of the paranormal disturbances that her family faced while in the Mephistophelian farmhouse.

Andrea, along with the paranormal investigators—the Warrens—were consulted post-production. The lead actors Vera Farmiga and Patrick Wilson even stayed with them for three days to truly understand their craft and their presence. While the film stays mostly true to the actual happenings, people who know them have confessed that they were more terrible than they were shown to be.

Also Read: The True Story Behind ‘The Hills Have Eyes’: There Is More Than You See

The Haunting Of The Perron Family

The Perron family, a family of Carolyn, Roger, and their five daughters, was battling financial instability when they moved into the 14-room farmhouse in Rhode Island. The cost was cheap, though they did not know why, and the place was comfortable. The country house was much simpler and mundane but twice as large as its movie counterpart. At first, it was not much; just a broom would occasionally move from its place, tiny piles of mud would be trailing the kitchen, or they would be brief specters moving across the rooms.

The Perron family would pass these off as mere coincidences, but after a series of mishaps, they would rub their eyes, puzzled if what they were seeing is true. Most of the occurrences were harmless, but some made it clear whatever was in the house did not want the family there. When things got more fiendish, Carolyn sourced the history of the farmhouse from the town records to find that the house had been in the same bloodline for eight generations. Each generation has encountered strange misfortunes of its own until they decided to part with their lavish but haunted home. Some spoke of children who drowned in the nearby creek, some hung themselves in the attic and some in the cellar, and yet another was murdered. But one was different—Bathsheba.

Bathsheba Sherman had dwelt on the property in the mid-1800s, more than a century before the Perrons moved in. She was a rumored Satanist who ostensibly murdered her neighbor’s child but never faced trial in the courts of Rhode Island. Upon her death on the 25th of May, 1885, at the ripe age of 73, she was buried in a Baptist cemetery near Harrisville. Though her death was not as malevolent as was shown, Andrea assured that she was the most wicked of all the spirits that took dwelling in their home. Bathsheba considered herself the mistress of the house and did not want to vie for the position with Carolyn. When her father, Roger, would venture into the unfloored cellar when the heating equipment would oddly fail from time to time, he could smell the scent of rotting flesh behind him.

The Séance: A Conversation With The Dead

When the Perrons decided that they had been tormented enough, they called for Ed and Lorraine Warren, the paranormal investigators. Roger was cynic, but Carolyn urged it was necessary. When the Warrens walked in, the Perron couple escorted them into privacy, where they indulged their predicament in vivid detail. Lorraine, being a psychic, proposed to hold a séance to communicate with the spirits. Though it sounded unnecessarily dangerous, their finances disabling them from moving out of the haunted house led them to nod in agreement. The five children, not knowing what was happening to them, decided to pry on the adults’ banter. When Andrea peeped to catch a glimpse, she watched as her mother got possessed and spoke in a language that was not this earth in a voice that did not belong to her mother. Carolyn’s chair raised in the air and flew across the room. Seeing his wife being tormented enraged Roger, and he kicked the Warrens out. Interestingly, the family resided amidst the paranormal activities from the January of 1971 to 1980, having nowhere else to go—talk about the struggles of poverty.

The Warrens, the couple who saved many from demonic forces, are the founders of the NESPR (New England Society for Psychic Research) society, established in 1952. From early childhood, Ed Warren, born Edward Warren Miney had an avid fascination for all things paranormal. He studied demonology and professed himself to be a professional paranormal investigator. Ed married his wife, Lorraine Rita Moran, in 1945, under the Roman Catholic Church. Lorraine, like her husband, possessed a morbid admiration for the supernatural and was said to be clairvoyant. She used her ability to act as a medium to aid her husband in his escapades.

While skeptics like Joe Nickell and Steven Novella rebuked their investigations as being fictitious and blarney. Accounts of people like Andrea Perron add some credibility to the couple’s adventurous accounts. Lorraine confesses that the duo has performed seances, but the filmmakers take the liberty to show them performing an exorcism which she denies ever doing since only Catholic Priests can exorcise demons.

The couple even ran an occult museum in their backyard in Connecticut which is now no longer in service, once housing the Annabelle doll. But, A number of their endeavors have been filmized, like The Haunting in Connecticut (2009), the Amityville Horror (1975), Annabelle (2014), The Haunted (2018), and many more. The warren files are a pot of gold that keeps giving. Ed died on the 23rd of August 2006, and Lorraine followed suit on the 18th of April 2019. 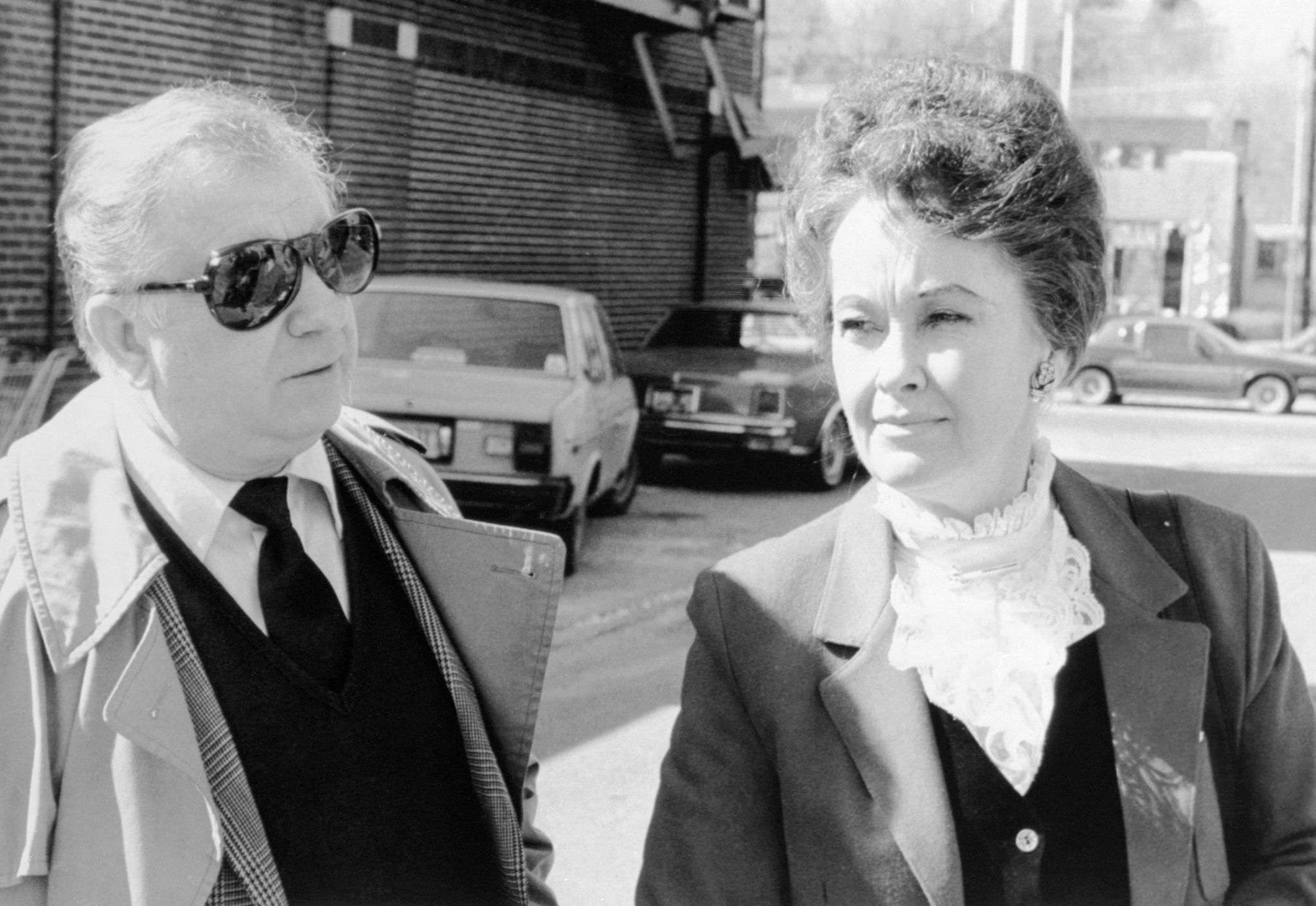 Ed and Lorraine Warren out on one of their infamous investigations

The main antagonist, Bathsheba Sherman—the Satanist—is depicted to be the descendant of the ‘witch’ Mary Towne Eastey caught during the Salem Witch hunts of the 17th century. Though the claim is accepted as being fabricated, it brings us to the question of who Mary Eastey is. Mary Eastey, baptized on the 24th of August 1634, was supposedly a witch who was executed by the Church on September 22, 1692, by hanging. The plaintiffs, Mercy Lewis, and some other girls accused the 58-year-old woman of hexing them into following her gestures and sexually harassing them by her apparitions in the night.

The magistrates who presided over the judgment, Jonathan Corwin and John Hathorne, who were well known for executing and drowning women as witches without any viable evidence, pressed her to admit that she was in communion with the Devil. But even under immense torture, Mary Eastey never confessed to the accusations and assured the court that she defies him and believes in the Lord. Mary’s hanging was followed by her sister’s, Rebecca Nurse, who was hanged on the 19th of July.

Her last testament was retrieved by Robert Calef in his book “More Wonders of the Invisible World”, wherein she says that she petitions not for her life since she knows her time has come but for the sake of the “innocent blood” that would be shed under such false allegations. She ended it by stating that she never knew any witchcraft and her conscience is clear, and she “shall answer at the Tribunal seat”.

In 1711, her execution was rehabilitated, and the Court accepting its wrongful judgment tried to compensate their family with twenty pounds. As far as the lore of witch-blood goes behind the murderous witch, Bathsheba Sherman, there seems to be none. But we have not lived then and have not seen it. The hauntings, the demons, the exorcisms, or the possessions, so it cannot all be true, right? Or is it?

Also Read: Is Spree Based On A True Story? Know All About It