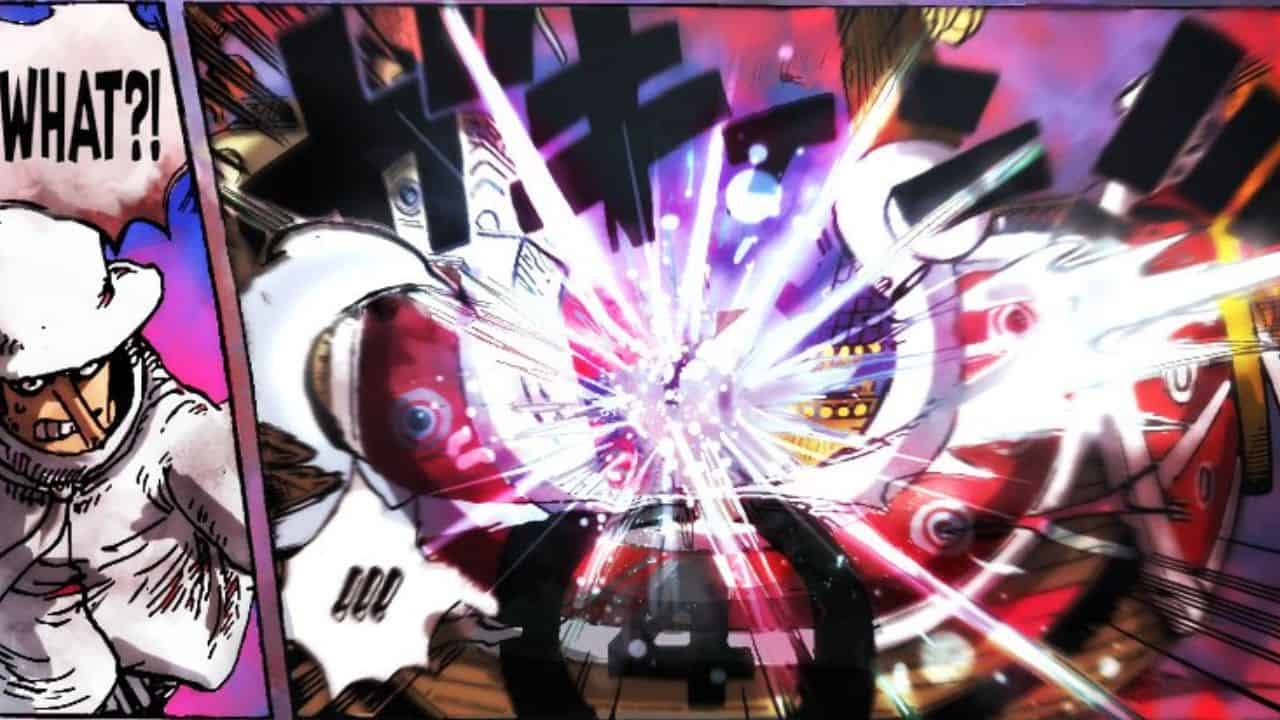 Even though the chapter isn’t scheduled to release until the second Sunday of January, the full summary and the raw scans for the chapter are already out and now we have a clear idea of what went down in One Piece Chapter 1071. It seems like we were wrong about Kuma’s arrival at a particular scene as he no way near Egghead Island rather it is at the last place we could ever expect.

One Piece Chapter 1071 however, is different from the last two chapters of the series as it not only depicts events on Egghead Island where the straw hats are in preparation to leave the Island with Vegapunk, but three more events which include great characters such as Garp, Kuma, and the Kid Pirates.

Also, there was the mention of the mysterious Island that were all hoping for the next destination of the straw hats to be. The land of the giants, Elbaf. But the one arriving there is surprised yet it makes sense for them to be there. Why? well, we’ll explain this in the later of this article.

So, follow this article as we break down the events from the One Piece Chapter 1071 and provide the full summary of the chapter with raw scans from the fans on the internet as well because the community is strong and working hard on the holidays as well. With that being said, let’s dive into the details of One Piece Chapter 1071.

The title of One Piece Chapter 1071 is presumably “A Hero’s Offensive” or “The Hero’s Sortie” and unfortunately the cover page for the chapter isn’t available as of this writing. Given that One Piece Chapter 1071 is going to be the first chapter of the 2023 year, we will likely get a colored double-spread which will be released later when the chapter is officially out. 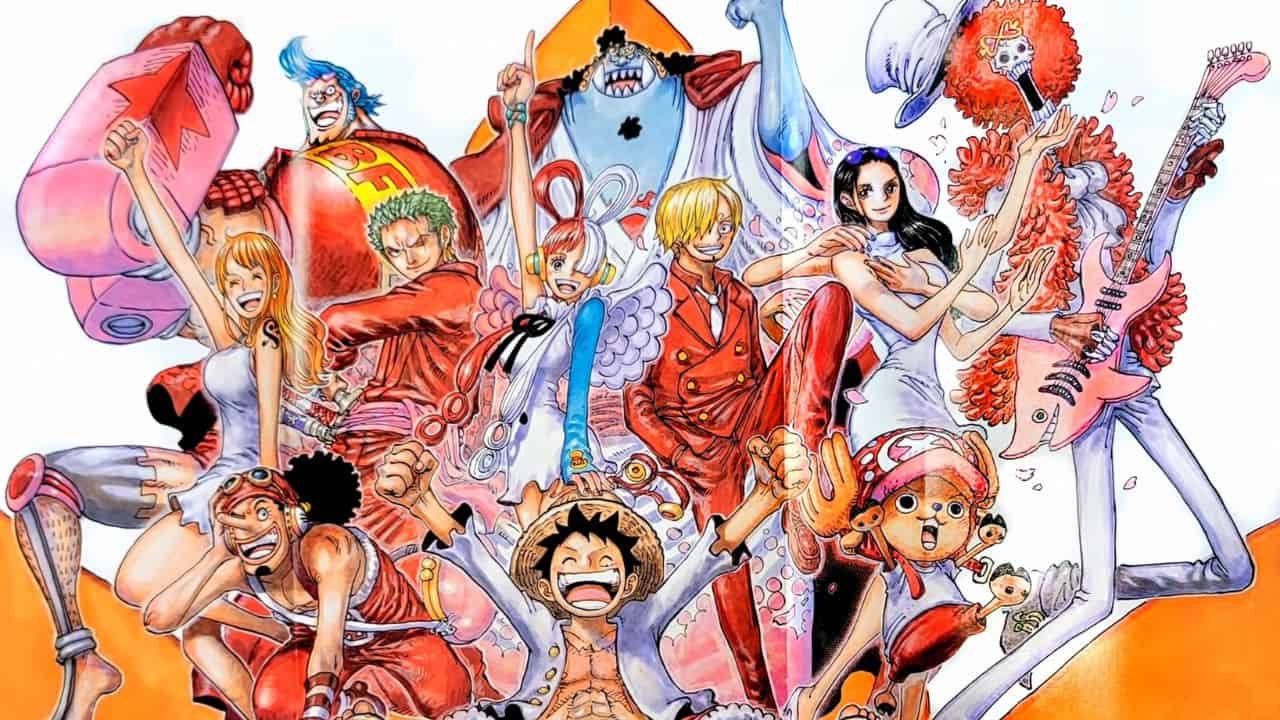 The chapter begins with Kuma seen flying above the sea and later, landing at the Red Port – The base of the Red line. Kuma’s landing has the citizens of the Red Port and causes panic. The citizens confirm that it is Kuma who was once a slave of the Celestial Dragon and rumor has it that he fled the land of the Mary Geoise.

The announcement is made on the Island informing the citizens to steer clear from the Kuma as he is no longer a slave of the celestial Dragon and may cause harm. Kuma stares at the Red Port while the government personnel are approaching him. There wasn’t any reason revealed yet as to why Kuma appeared on the Red Port.

The Chaos At The Egghead Island

After A small event of Kuma’s arrival at the Red Port, the narrative of One Piece Chapter 1071 shifts to the main narrative on Egghead Island, where we see CP0 closing all the possible escape routes off of the island. CP0 foot soldiers are also ordered to destroy the ships of Vegapunk as well.

CP0 members are concerned that how they will be able to get the straw hats and Vegapunk out because they are behind the frontier dome which is denying entries, to anyone, from the outside. Seeing Lucci so passionate about stopping the straw hats, Stussy says that he is willing to go against the orders from the Navy. In response, Lucci says that he does not recognize Luffy as an emperor of the sea.

This man experienced how inferior he is to current luffy and is still saying shit like this 😭 #ONEPIECE1071 pic.twitter.com/4GbbIawT01

Inside the frontier dome, we see the Vegapunks discussing the routes of escape and since there is no way out because they are blocked by the CP0, Lilith advises that they should just attack them and also get revenge on Atlas. Shakka says Lilith to knock her brainless attack as their main objective is to get the main body off of the Island and they could be used as a spare to ensure that Vegapunk gets out of here.

Vegapunk Calls For Help From Someone Mysterious

Vegapunk says to the straw hat present at the moment that he is ready to leave and asks them to take the seven of them onboard their ship. Nami and Ussop are concerned that the seven of them will be coming but Sanji is happy as long as Lilith is coming and Franky is excited to have the seven of the great scientist of the world as well.

One Piece Chapter 1071 then sees Bonney rushing off to Vegapunk as she is pissed that he used bugs against her. Luffy asks Bonney to not harm Vegapunk as he has promised to get him off the Island. Suddenly, the frontier dome at the Lab phase goes offline, and defenses protecting the Lab Phase are down.

Vegapunks are concerned as to who could have done this but detect no one in control of the defense. CP0 is also hesitating to enter the Lab Phase because suddenly the Frontier Dome is down and it seems suspicious. However, Lucci, Stussy, and Kaku still approach the Lab Phase and discover the Straw Hat’s ship.

Lucci suggests that since they have taken care of all the ships on the island, there is no reason to destroy the Straw Hat’s ship as well. Kaku says that he will do the honors and lands an attack on the ship intending to destroy it. However, Zoro is napping and sensing the attack is approaching the ship, he wakes up and deflects the attack, and asks who interrupted his nap. 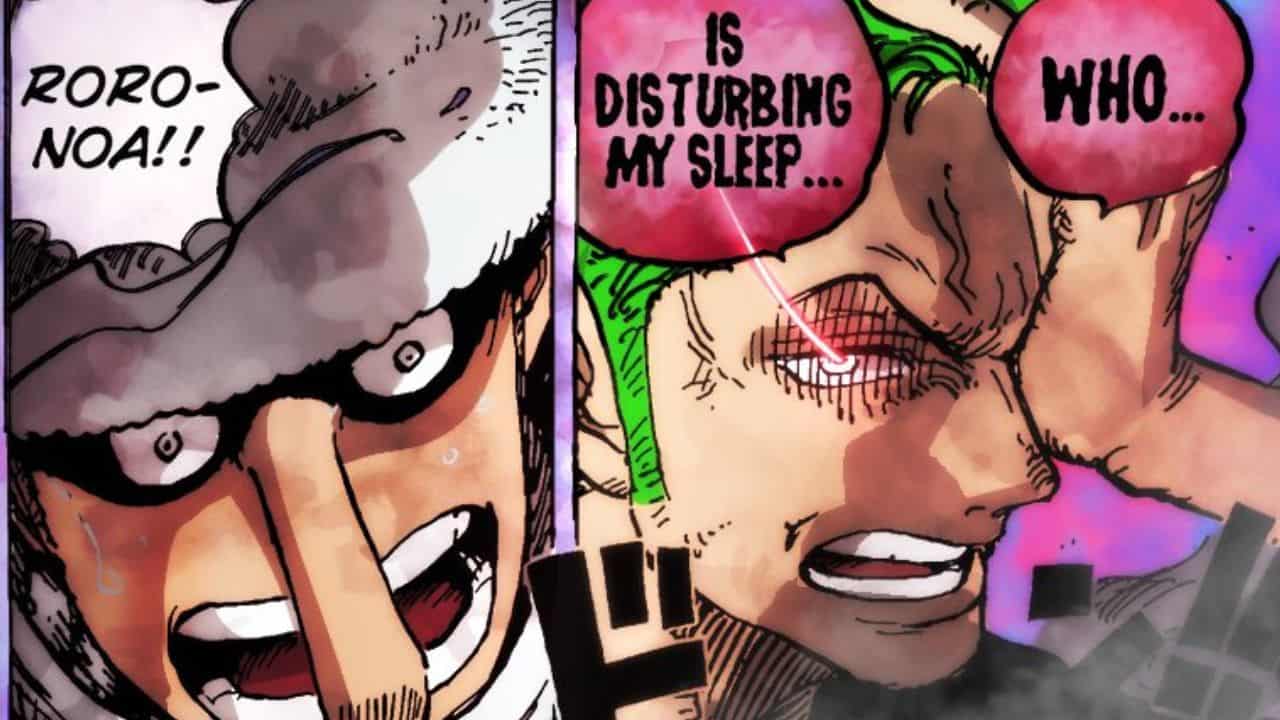 Kaku is surprised to see Zoro on the ship and panics. Pythagoras says that he has gotten the frontier dome backup online but it is too late since the CP0 have already infiltrated and they might target the only possible escape from the island which is Straw Hat’s ship. Shakka says that it is indeed true and we see Zoro and Kaku engaged in a fight in one more panel.

Luffy’s group catches up with the rest of them and Luffy is sad that they have to leave the island already. Whereas, Bonney seems to be missing from the venue and it also comes to Robin’s notice that Vegapunk is missing as well. Thus, we see Bonney chasing Vegapunk again and asking him if he could turn his father back to normal. Vegapunk honestly replies that he can’t do that but there is a reason for it.

One Piece Chapter 1071 last three pages then see two different events that are setting up the events for the future of the series starting with the Kid Pirates’ destination reveal. We see Kid Pirates’ ship near an Island where it is noted that even the fish are bigger than the average.

Killer goes on to wake up Kid and asks him if he’d like to roam around the island that is in sight. Excited Kid says he is ready and Killer this might be the island of the giants, Elbaf. It makes sense that Kid Pirates arrive at Elbaf Island as it explains the reason that Kid is looking for a man with a burned scar who could potentially be Jaguar D Saul.

The last event of One Piece Chapter 1071 sees the marine hero Garp attempting to rescue Koby from Blackbeard. At G-14 Navel base, we see Vice Admiral Doll talking with Garp through a Den Den Mushi saying that he shouldn’t go against the navy and do another attack on an Emperor as their priority is to take care of the matter at Egghead Island. 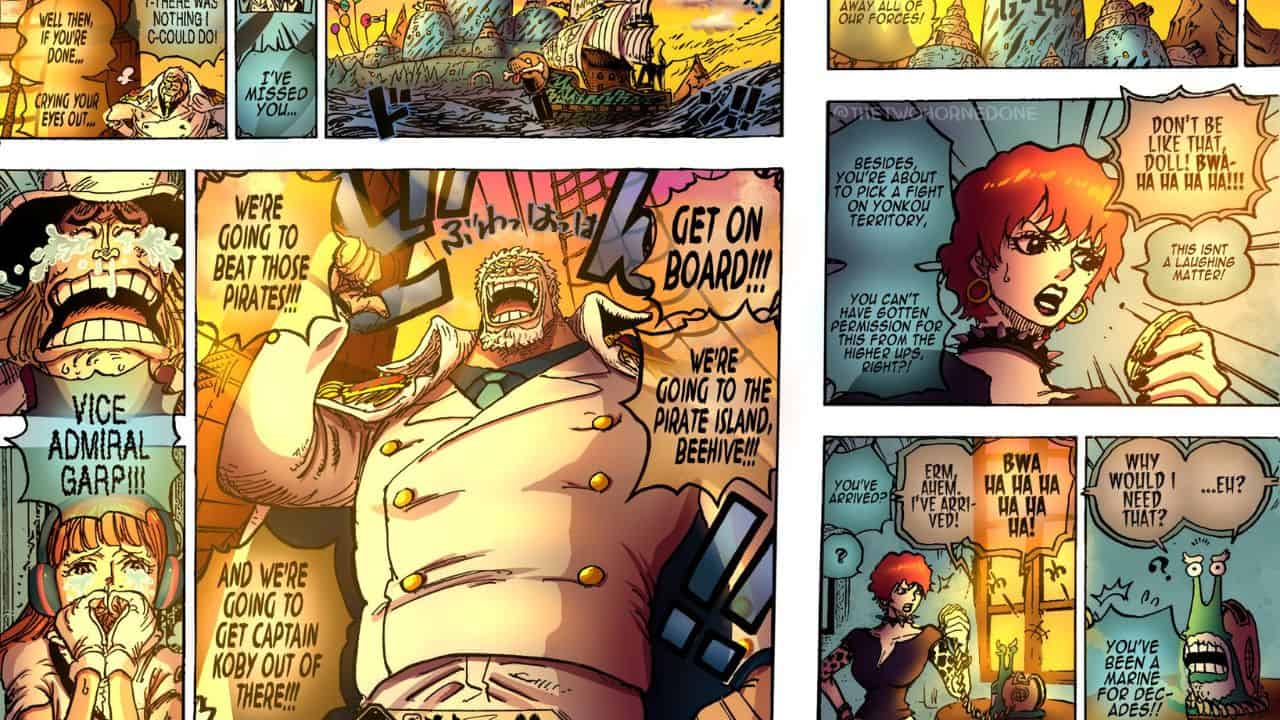 Garp is outside of the G-14 Navel base and tells Helmoppo to get onboard the ship and be on their way to Hachinosu Island to beat up the Blackbeard Pirates and save Captain Koby. One Piece Chapter 1071 will be out on January 7th, 2023 officially on Viz Media so we recommend you support the official release when it is available in your region.