The person who identifies the supersonic gun as a “doodad” while looking for this proof at the station is a sheriff named Tommy Constantine. While Tommy talks about this strange weaponry and invisible cars, his coworkers suddenly think he’s insane.

Tommy, however, is suspicious of foul play and searches for the missing evidence alone. He discovers the seized car and the missing firearms in the yard. Just as the sheriff picks up the phone, he unintentionally shoots the sonic rifle.

Even though Tommy is on paid leave, he must be at Corbell’s house. Ella Fisher’s vision recovers while Reece drives her to the nearby hospital. Following them, assassin Bob uses a hostage situation to draw the Fisher siblings into the open.

Also read: I Think You Should Leave Season 3 Release Date: Everything We Know So Far

He captures Ella and Dr. Dee Dee and brutally stabs Reece to death. The hired hitman intends to kill Flynne and Burton for his purposes, but the mother tries to persuade him otherwise. Tommy visits Corbell’s estate and finds a solo crime scene.

Tommy from The Peripheral.

He discovers Bob’s bloody tracks and the body of Corbell’s wife, surrounded by broken glass. The sheriff and Corbell are then seen by Tommy having a heated argument by the pool, apparently working together in some capacity.

Sheriff Jackman explains his version of events, but Tommy doesn’t take him seriously. When Tommy detects corruption, he considers immediately arresting the crooks, but Jackman dissuades him by warning the deputy of the dire implications of such foolish actions.

Tommy would be laughed at, and he might even lose his job. Instead, they give him a promotion. Tommy, incensed by the unfairness of everything, departs without reaching a decision. 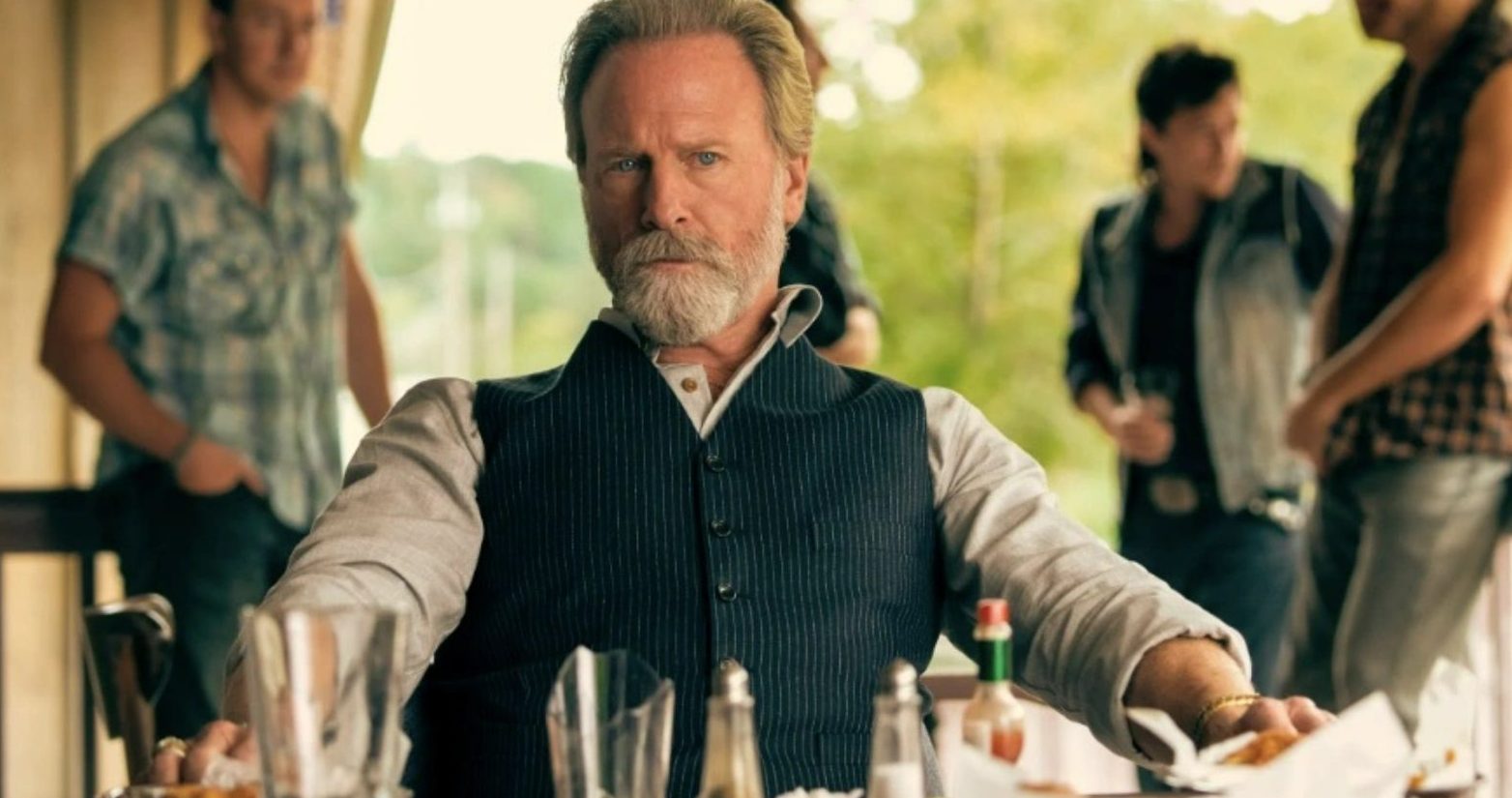 A still from The Peripheral Episode 7.

Inspector Lowbeer, in the future timeline, is informed of Flynn’s exploits. She requests to separate the three side characters so she can question them alone. They travel with Lowbeer to the Zoo, a police training site. Burton and Conner are now put through a training drill while Lowbeer continues to grill Flynn.

Offered the freedom to battle Koid in this risk-free yet thrilling setting, Burton and Conner may put their new bodies to the test. As they progress through the floors, eliminating more bots with each floor completed, robotic Beatrice takes over the mission.

Lowber talks about the aunties and the information-sorting algorithms used by the police with Flynne. These aunts have found that, contrary to what everybody previously believed, the Stub in Flynn’s timeframe did open at least ten years earlier.

Conner didn’t lose his limbs in Lowbeer’s previous lives. There was no haptic technology at the time. Conner and Burton served as soldiers in a separate conflict, but Burton was killed. Tommy and Flynn had two kids together.

The cataclysmic jackpot appears to be happening more quickly in Flynne’s present timeframe, and the Research Facility is to blame. Lowber begins to probe Flynne about his personal life before Flynne switches the subject and starts questioning the inspector.

When Burton finally reaches the rooftop, Beatrice engages them in a simultaneous battle, easily dispatching each soldier. When presented with a challenging question, Lowbeer ends their talk with Flynne. Each of the peripherals appears in its timeline. Reece sends Burton a clear message: their mother is sick. They all go straight to the hospital to see the physicians.

Beatrice is amazed by Burton and Conner’s fighting prowess, but Lowbeer interrupts her conversation before they can explain the purpose of the drill. Cherise is in town to see the inspector. Cherise recounts how her organization had a data breach.

Aelita or Burt snuck in and took some crucial information, which she refers to as a “synaptic adjustment,” the ability to control someone’s emotions. She pleads that in the wrong hands, this would be harmful.

Then, Cherise requests Lowbeer to obliterate Lev with Flynn’s family members from history by eradicating them from both the present timeframe and the Stub. In turn, this would prevent anyone from utilizing or propagating the technology. Although Lowbeer is surprised by request, he doesn’t precisely reject the villain.

The Peripheral episode 8: Where To Watch

Also read: Amazon Prime&#8217;s The Boys Gets Renewed For Season 4