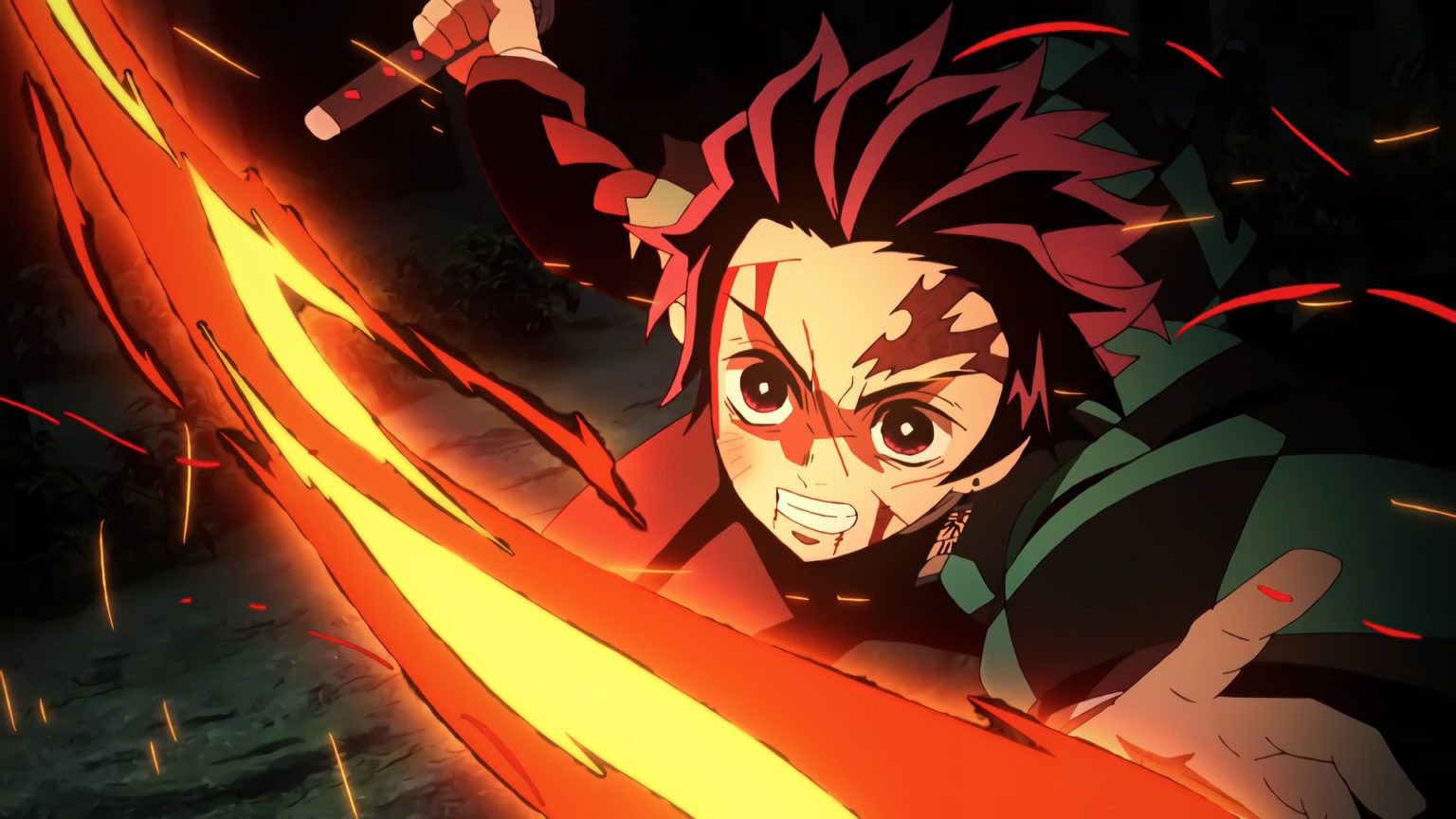 Even before its anime debut in 2019, Demon Slayer: Kimetsu no Yaiba has been making waves in the anime/manga community for a long time. Ever since it was first serialized back in February 2016, it has amassed quite a lot of fans around the globe. It even became the best-selling manga in both 2019 and 2020.

The manga’s impeccable style of telling the story to the readers is one of its biggest plus points. It does not stretch away with its storytelling and almost always keeps the story going on in a flow without any stops. The manga never stops entertaining the readers and it always keeps them on the edge of their seats. It had a total of twenty-three volumes in its entirety.

Due to the immense and obvious success of the manga, it got the chance to tell the story in a more colorful way through an anime adaptation. Starting from April to September 2019, Demon Slayer anime was broadcasted in Japan along with the whole world with a total of 26 episodes. The anime production was handled by the company Ufotable. 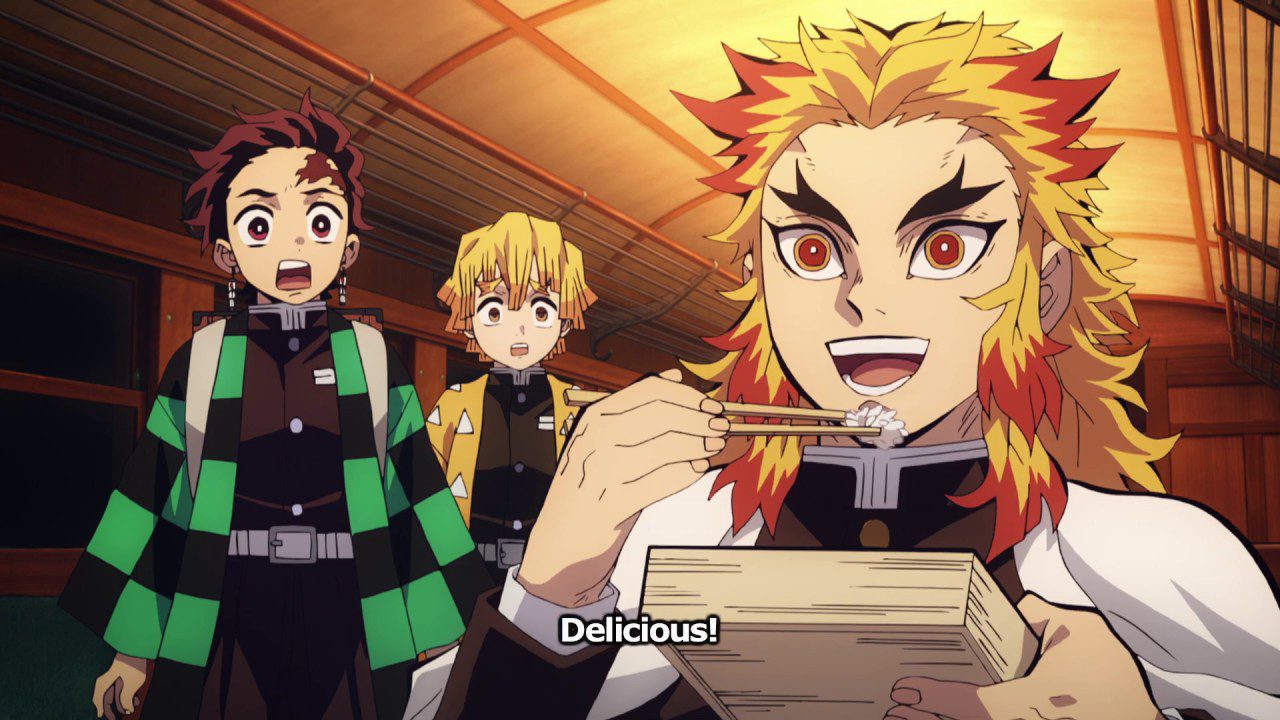 A Still from Demon Slayer: Kimetsu no Yaiba – The Movie: Mugen Train

A sequel to the first season was released in 2020 through the big screens in the form of Demon Slayer: Kimetsu no Yaiba – The Movie: Mugen Train and it became the highest-grossing anime film and Japanese film of all time.

Who is Tanjiro Kamado in Demon Slayer?

Telling you about who Tanjiro Kamado is in Demon Slayer is pretty much the same as giving you a rundown introduction to the manga. Because he and his kin are the core points of the story.

As the protagonist, most of the stories pertaining to the world of Demon Slayers are seen through his eyes, so he helps in keeping everything mundane and grounded so that we the readers can understand everything.

The whole of Demon Slayer fables starts with Tanjiro Kamado. He was just a normal teenager who had an abnormally strong sense of smell and a head that was hard as a rock, literally. His whole world is turned upside down one day when he came back home from selling charcoals in the nearby village. He found the home that he left the day before which was filled with the laughter of his siblings his mother was now completely engulfed in silence. Then he found out why his strong sense of smell was sensing the smell of blood as he discovered his house bathed in red.

With a wildly beating heart, he discovered his whole family except one of his sisters Nezuko slaughtered like animals. His mother, younger sister, and three brothers were killed by an unknown assailant who left the house drenched in the blood of his family. But somehow, he knew that the killer was one of the demons that he has heard from rumors.

That theory was further proven right when he found his sister, the last surviving family member he has. What he found further broke his heart, because Nezuko, the sister he cherished tried to attack Tanjiro, and he realized that she has become a demon herself.

Not knowing what to do next, he was met with Giyu Tomioka, one of the fabled Demon Slayers who protected humankind from the threat of demons. But he tried to kill Nezuko as she was now a demon, so Tanjiro fought him for her protection. Understanding the situation and seeing the brotherly affection of Tanjiro even when Nezuko was a demon, made Giyu stand back. He instead gave Tanjiro a slight nod to the right path. A path toward becoming one of the Demon Slayers, so that one day he can find a way to turn Nezuko back into a human.

This is how the story began, and it has come a long way since then. Tanjiro became one of the Demon Slayers in the Demon Slayer Corps and met a lot of good and bad people who had a say in his future. He even found out who the killer of his family was. But due to the powerlessness he felt in front of the evil, he strived to be stronger so that he can protect Nezuko and the rest of humanity.

At the beginning of the manga, in chapter one, Tanjiro Kamado was just 13 years old. That means he was just a kid when he found his whole family slaughtered in his house. He wasn’t even a teenager when he had to deal with a sister who was on the brink of becoming a full-blown demon by consuming human flesh.

After the two-year time jump when he was learning the sword during the Final Selection Arc, Tanjiro became 15 years old. Not a lot of time has passed since that arc and the current events of the anime, so Tanjiro is still a 15-year-old kid while battling the Twelve Demon Moons.

At the end of the manga, in chapter 204, Tanjiro has become a 16-year-old when the Demon Slayer Corps finally disbands after eradicating the threat of Muzan.

Also read: How Old Is Himawari Uzumaki In Boruto: Naruto Next Generation?