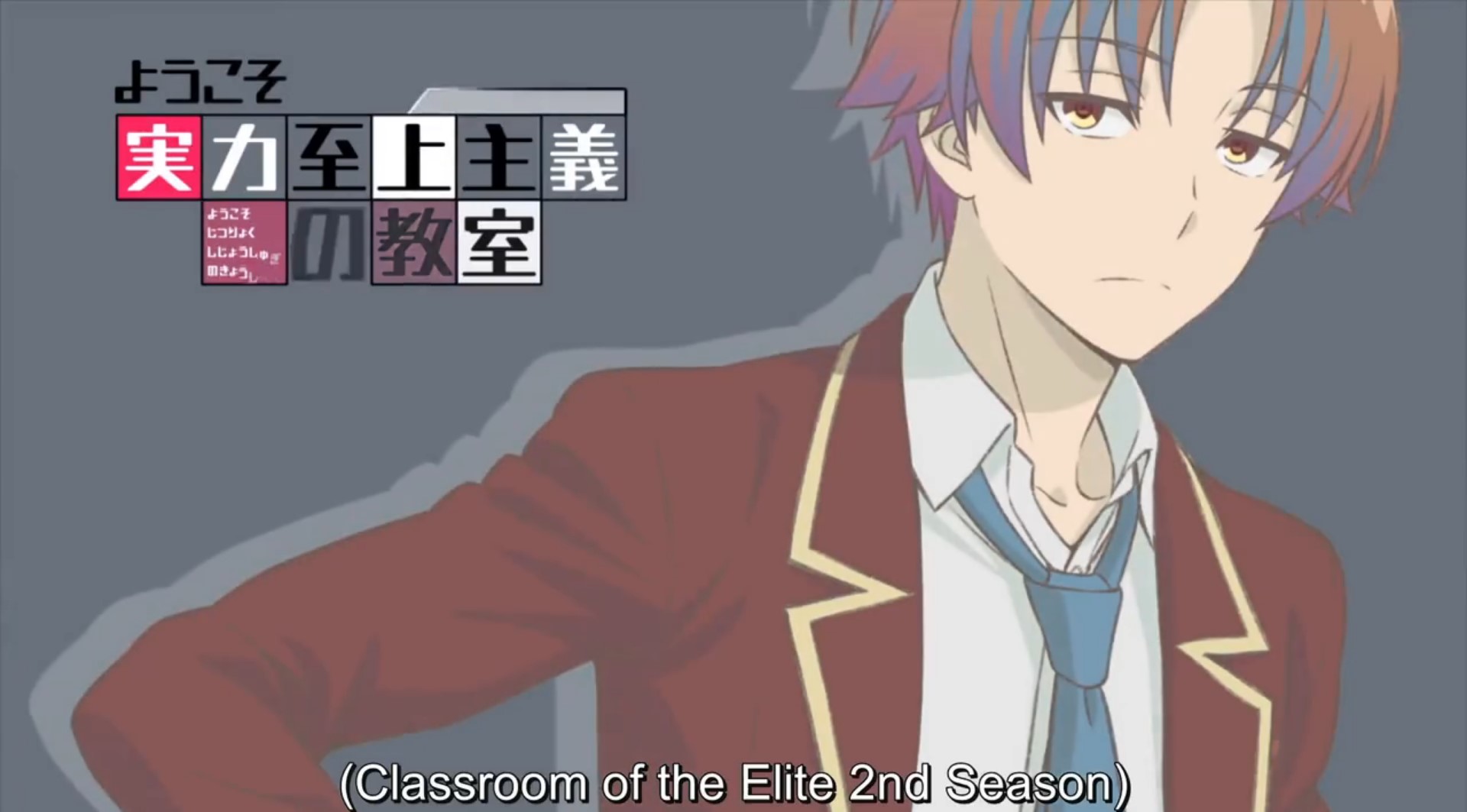 Classroom of the Elite II Episode 2 is set to release next week. Adapting a light novel of the same name, Classroom of the Elite is an anime series that will be animated by Lerche. It was announced on February 21, 2022, that the second season would be animated by Lerche.  The anime Season 2 episode 1 premiered on July 4, 2022, which elevated the already high levels of excitement. It has also been confirmed that Season 3 will premiere in 2023.

The plot of the series follows: As a student of Tokyo Koudo Ikusei Senior High School, Kiyotaka Ayanokoji is known for its 100% placement guarantee. It is regarded as one of the greatest schools in Japan. Classes, on the other hand, are segregated based on performance and merit. It is safe to say that class D contains the lowest scorers. Kiyotaka ends up in class D. However, he is not the only unfortunate one here. Takezune Horikita longs for class A and believes that she was dumped in class D for no good reason. And Kikyou Kushida is desperate to make friends in a class full of foes. Together, these three factors might change a few things. You can qualify for class A if you score well. However, there are no rules for class D. If you want to move up, you can do so however you like. Episode 1 titled “Remember to Keep a Clear Head in Difficult Times:

In this episode, Kiyotaka Ayanokoji walks around the ship and you see everybody having fun and everything and you see the class leader of class D tell him to let’s talk to you, but he’s like, oh no no I don’t want to get in your girlfriend’s wrong side so I won’t coach you so much.  That’s a summary. We start with a few interventions here and there and we get into the big part of the episode, which is that there will be another slash game that will be played in the boat or chip however you want to call it, and this is an extremely complex game the game they are playing is finding out who the VIP is to win their points and class points in some scenarios. So it’s basically what I already said at the beginning of my game, everybody’s trying to figure out who the VIP is and if there are four scenarios, everyone figures this out. 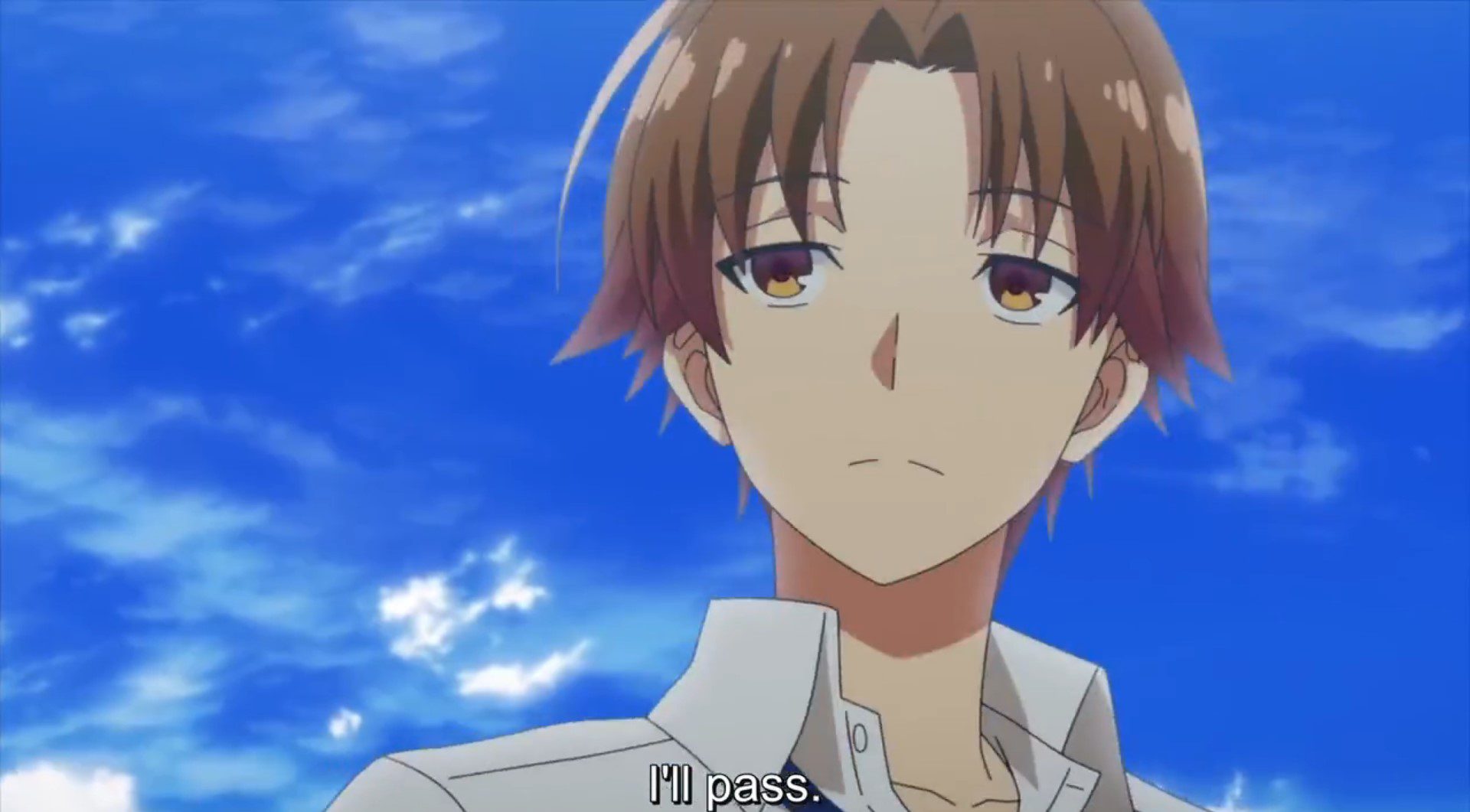 Kiyotaka Ayanokoji From Classroom of the Elite II

There are various scenarios that Kiyotaka Ayanokoji will evaluate to see which one is the best for class A or himself, so yeah, in this first episode, we see him taking the back seat and not saying anything in meetings.  I think everyone likes Kiyotaka Ayanokoji because he’s very observant and he doesn’t like to be in the spotlight very much. This is just watching how everybody behaves and talks, which is a very good thing. We see him do all of that stuff, which is he is the leader of class B, also taking on the role of the leader, to accomplish his plan to figure out who the VIP is by having the best scenario. In this episode, we see Arjuna Koji manipulating everyone into basically the outcome that she wanted for the first class, so yeah, we also see her. I was kind of surprised to see her in the mars group because I didn’t think anyone relevant from season one would be there. 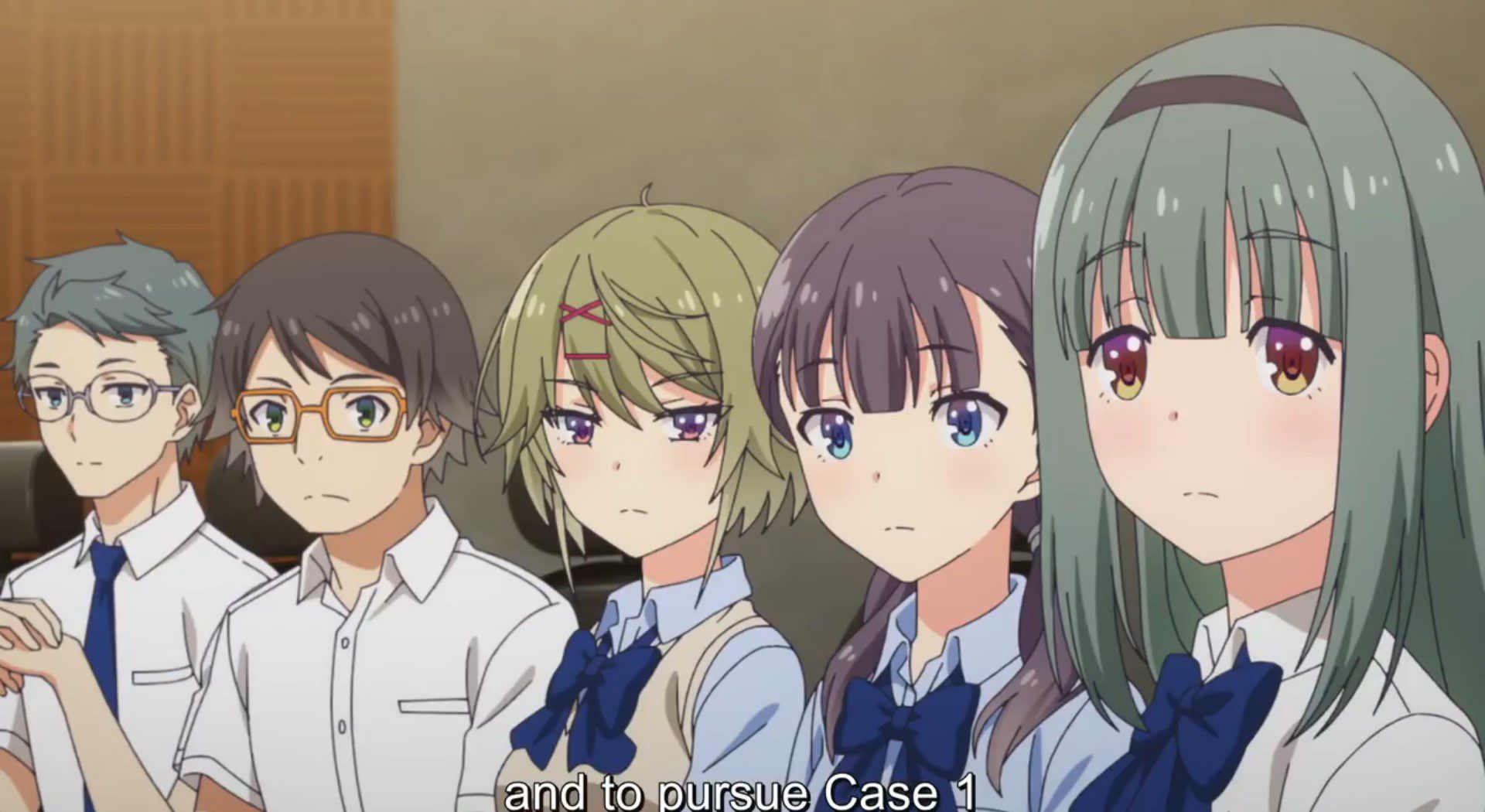 However, it was her because again I don’t know if I’m interpreting it correctly, but coaching has a challenge. Maybe there is another person in the media they’re having who is also very intelligent. The meeting is already divided on what they should do. The world majority wants everybody to discuss and see who the leader is, but the class does not want to reveal too much information in case somebody uses it against them. This class is trying to avoid a situation where we all talk about who is the leader, and when someone is manipulating everyone into thinking that person is the leader when in fact he is not the leader. It is basically what class A is trying to avoid, while class B is trying to avoid class A from getting all the points, because if class A does that, then they are trying to win all the points from themselves, while class B knows it’s trying to make everyone get a fair chance in that scenario, which is her excuse or motivation to talk. 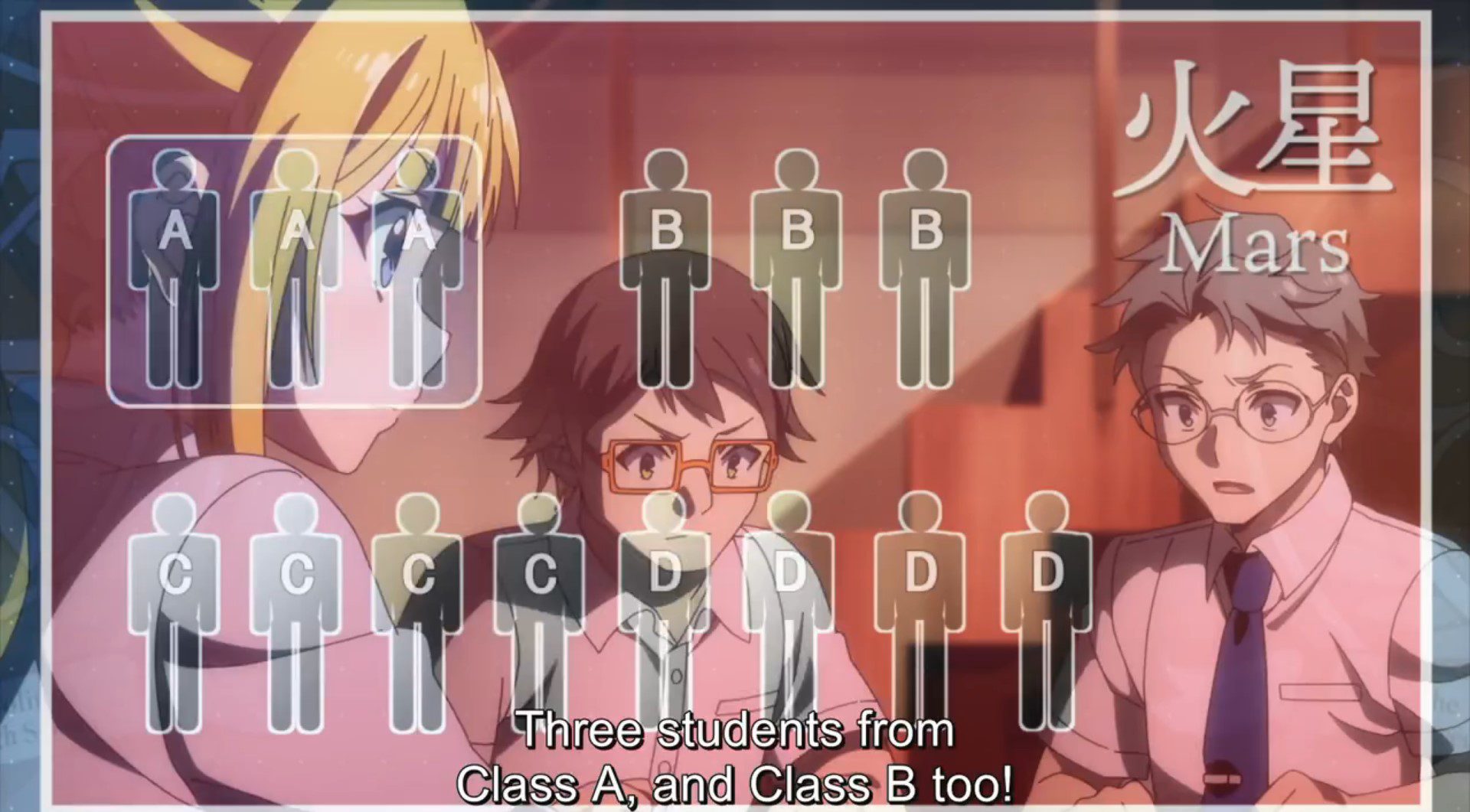 Mars Group From Classroom of the Elite II

There was a fight between class D and class B, I believe, or class B gross or class B classic girls he was already observing, and perhaps he will use that in some way to discover who the VIP is, or maybe she will manipulate the girls into figuring out who the VIP is, and he wants to find out. As for Ayanokoji, you have to be very careful around him because he knows everything, but doesn’t let everyone know because he’s been very careful not to cause people to doubt him so yes that’s good of him, but that’s episode one.

Where to Watch Classroom of the Elite II Episode 2?

Fans can watch Classroom of the Elite II Episode 2 on Crunchyroll when it is released and you can also watch the previous episode and season 1.