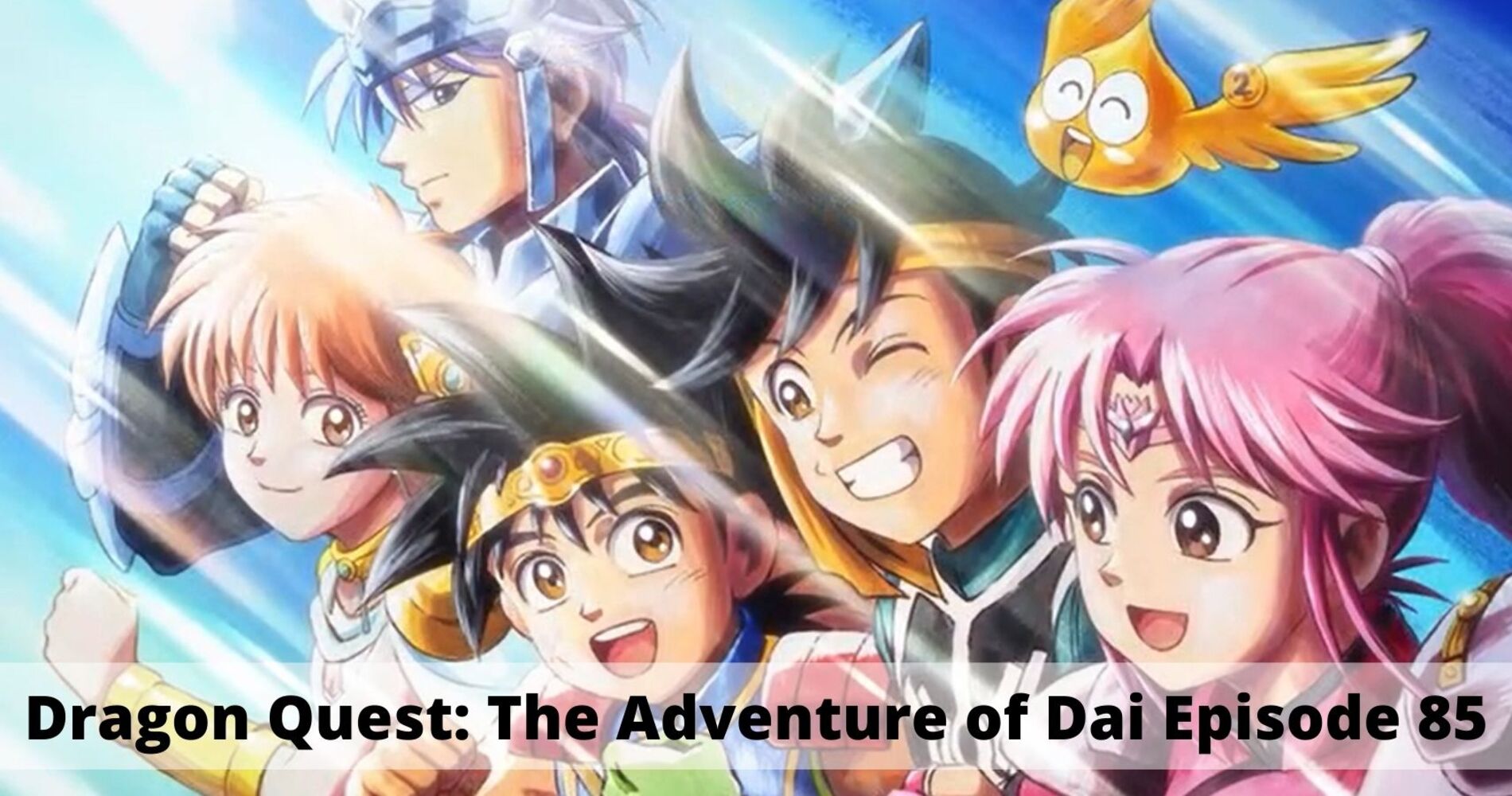 A series of animated films by Toei animation aired from July 1991 to July 1992. In September 2020 and October 2020, prequel mangas and sequel mangas were released, respectively. Dragon Quest anime features a very colorful art style accompanied by many animals and monsters. It features a great sense of humor as well as many pop culture references and puns. In episode 84, titled “Stand Up, The Fate of Knight”, we see Dragon Emblem inherited from his father was combined with Dai’s to unlock the full potential of the Magic Furnace. Overwhelmed initially by Goroa and the Magic Furnace, Dai was able to unleash its full potential via the combination of his own and the Dragon Emblem, and fans are exciting waiting for episode 85.

Also Read: Ao Ashi Episode 14 Release Date: What Will Ashito Do About The Ultimatum?

Review of Dragon Quest: The Adventure of Dai Episode 84

The episode picks up right where we left off in last week’s episode when Leona was captured by this strange creature, and we find out that dai still seems to be in shock after hearing all of this banging, but he does see it: a monster called a Goroa. As we learn, he’s kind of like the drummer in a way now we learn that the big thing that is a cat that captured Leona is a reactor called the dark king’s reactor or something similar, which is pretty much the heart of the palace, which controls everything inside, provides power, and anyways the reason in a way is because dice hasn’t defeated Leon yet. Goroa is saying that it’s probably because she has high magic power. There was a spell called Glimmer that affected this entire area and everything… and guess what? Now there’s no power being produced, so what happens is the Vearn palace reactor somehow siphons some of the dark kings’ magic power. Everything around the ship, but now that the club glimmer affected it from what Leona did it got in the way, and it wasn’t drawn on any power, so it needed to find a new source of power to pretty much absorbs. 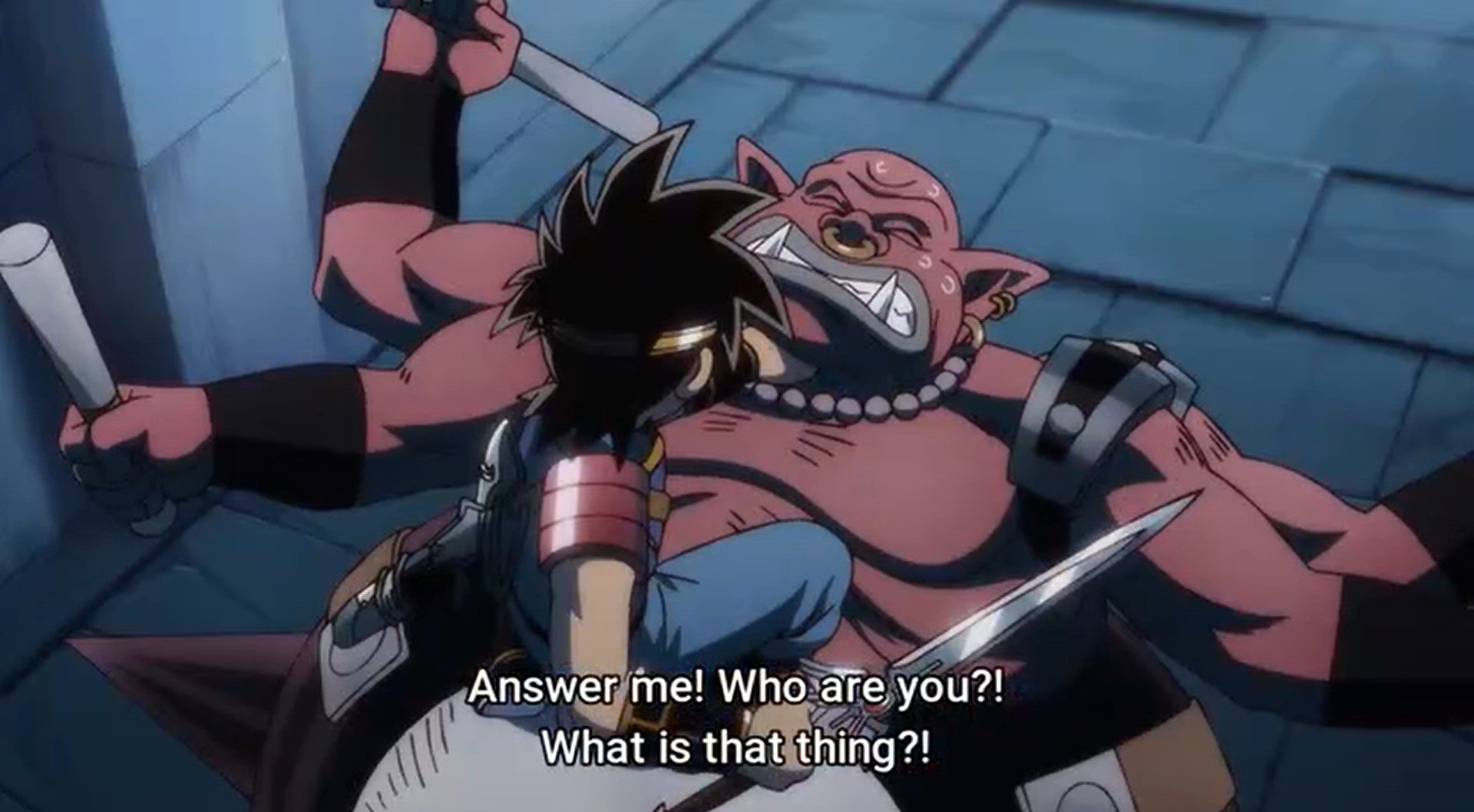 Dai and Monster Goroa From Dragon Quest: The Adventure of Dai

Due to Leona’s possession of Avon’s feathers which are the main source of magic power, dai yells at her to get rid of the feathers because they are causing problems. Sadly, Leona can’t grab it since the tentacles are keeping her from doing it, and even Goma-chan can’t grab the flowers or feathers because one of the vines gets in the way. He’s doing everything he can to break through this barrier. meanwhile, Goroa looks like he’s waiting for the guy that dark king Vearn wants not to worry about it, but I can’t let this guy get his way otherwise, I’m going to die by dark king Vearn, so he pretty much starts getting in the way and uses his supergravity to restrain him. 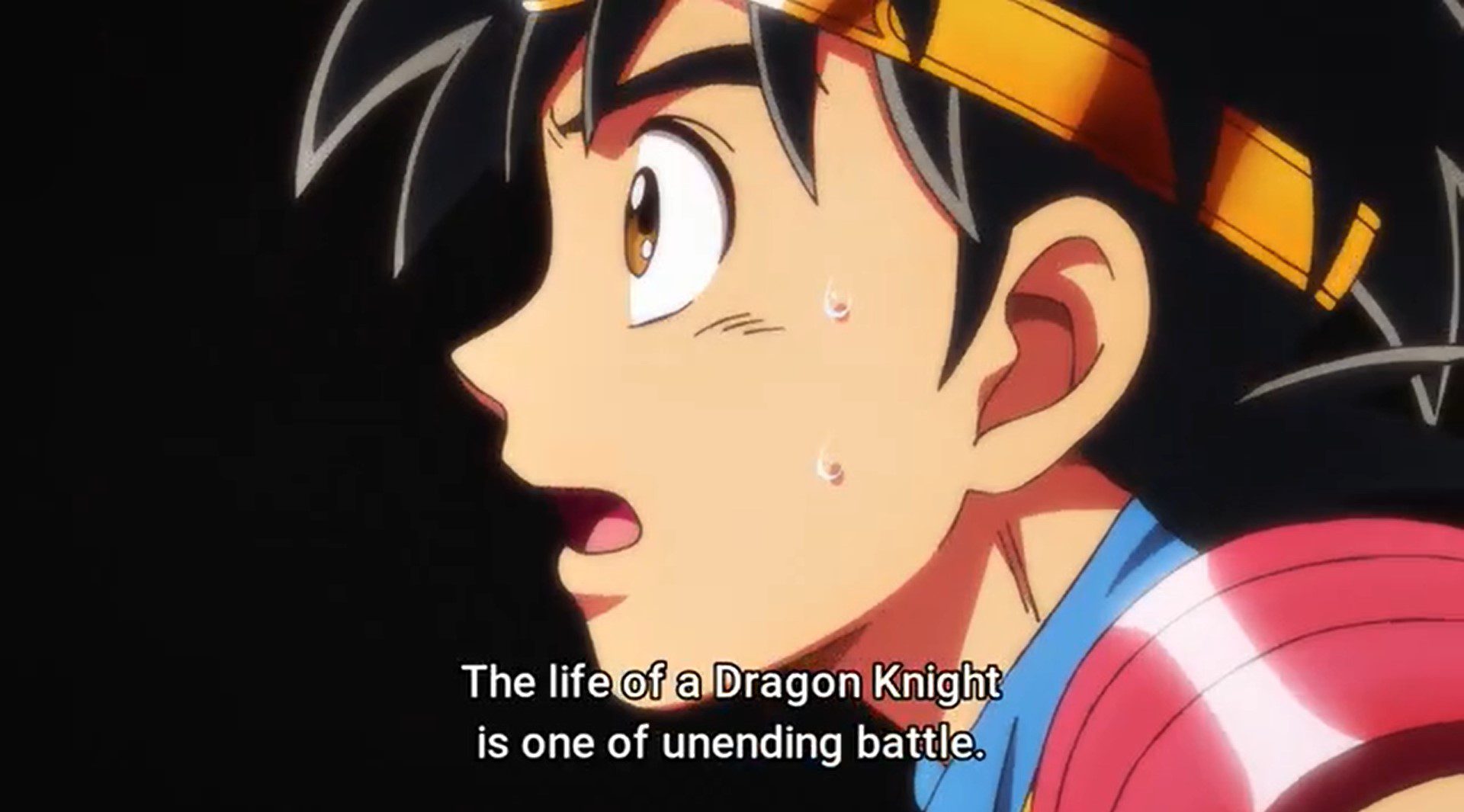 Dai From Dragon Quest: The Adventure of Dai

Whenever he gets this immense power, I’m noticing that he can’t control it. If he’s in the zone and he doesn’t think about what to do, instead he’s just worried about taking out the next person, well, that would be a problem that might arise in the battle against dark king Vearn. Unless he ultimately does it, he’s yet to truly control this power, but there was a part where he lost it, his eyes lit up, and he was no longer a mindless robot, but he steps on some vines, and then he’s like crap Leona, so he ends up finding a dragon crest-like attack that you know fire blasts. As he blasts through this protective barrier, the eye comes up, and he pretty much slices the reactor in half, destroying it, dropping Leona he goes and gets Leona llanos after she isn’t absorbed in all. 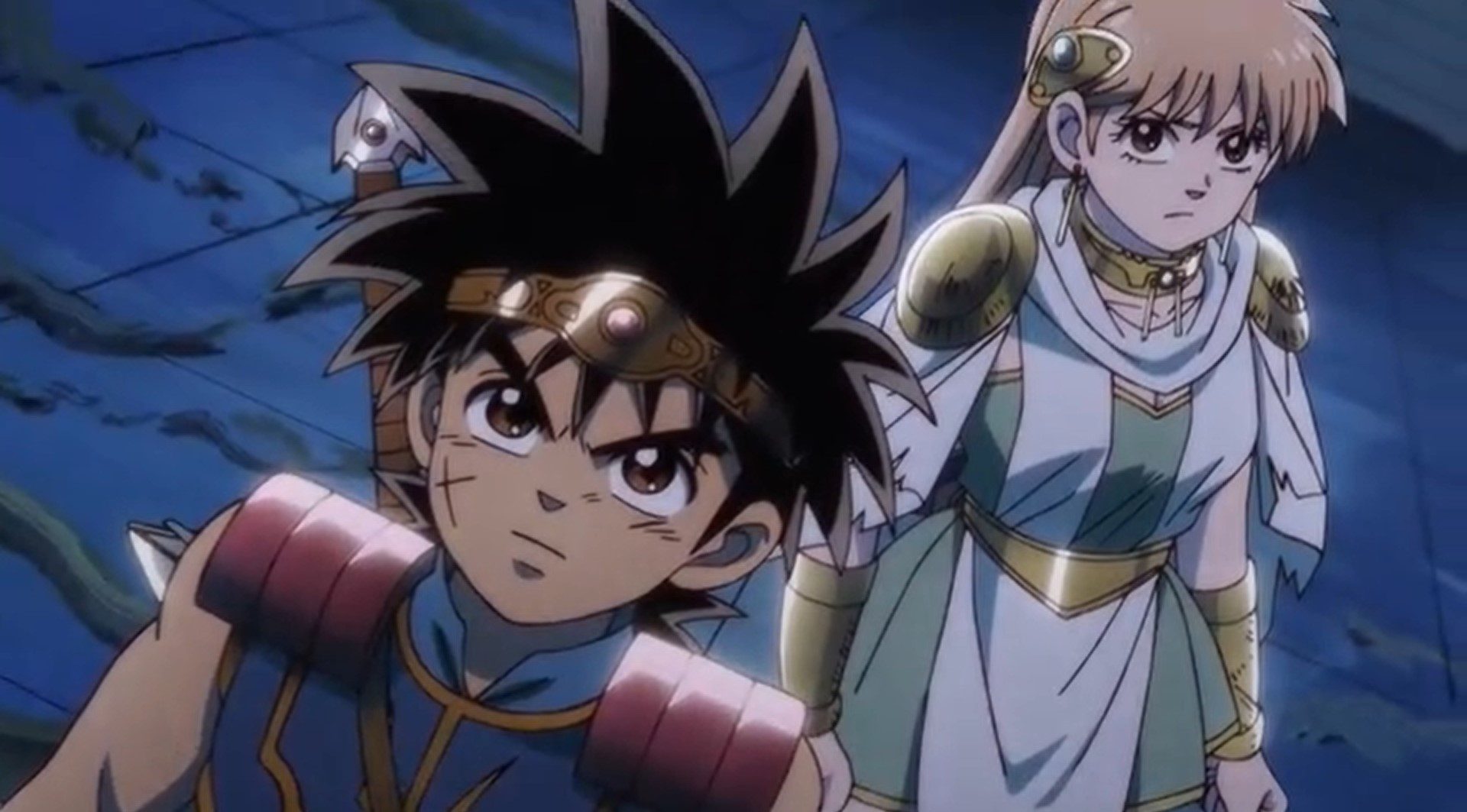 Dai and Vearn From Dragon Quest: The Adventure of Dai

As the main villain, Vearn, finally realizes that he has two dragon nut crests, this could end up becoming his downfall, and it’s kinda the story where the villain just kind of sits on his throne and lets the main character get stronger and better with his abilities and techniques, which ends up becoming his downfall, but Garlic doesn’t listen. Even though the dark king runs like so many dark reactors in the underworld, Dora is like no, it will not stand this ever embarrassed me. He tries to stop him, but Die is like, okay, you need a major warning. So he gets in a position where the attack my dad could use shocks Leona and Vearn, and pretty much, he just does it. That’s pretty much the way the episode ends, and dark king burn probably thinks, ‘Oh crap, I let this guy get stronger.” But it won’t last long. He pretty much replicates the beam attack that baron did in his dragon knight form, and he destroys everything, and it’s pretty much where the episode ends. In next week’s episode, we should cut back on the battle of Mr. Vearn and the final standoff between Dai and Leon and the dark king Vearn.

Dragon Quest: The Adventure of Dai Episode 85 on Crunchyroll and Hulu when it releases and also the previous episodes.