Here are all Miss Meadows filming locations revealed. We understand the thrill to know about your favorite location, and we are here with yet another filming location for a movie. Visiting a set where one of the iconic scenes of your favorite movies is shot surely seems surreal. It is always fun to read trivia and behind-the-scenes stories about different movies. If you are also one of those curious readers, then this article is for you. We have brought all the information about Miss meadows and where the film was shot. So, without further ado, let’s get into the article.

Miss Meadow is a 2014 Entertainment One productions movie that was directed by Karen Leigh Hopkins. The movie is an American dark comedy thriller. Yes, you read that right. Comedy thrillers are a very unusual movie genre. Maybe the experimental style of the movie is the reason that the film got mixed reactions from the audience. It was still a new style of movie that was quite rare in the past decade. It paved the way for future films with eccentric plots.

What is Miss Meadows about?

Miss Meadows is about a woman named Mary Meadows, who is an elementary substitute teacher who teaches first grade. On the surface, Mary looks very naive and tap dances while walking and speaks in a very sweet voice. But there is a dark twist to her character. Mary is a secret vigilante by night who kills murderers and criminals who are a menace to society.

Throughout the movie, Mary is seen having telephonic conversations with her mother, telling her about her day. She is soon introduced to a sheriff who grows attracted to her. The sheriff starts realizing that the woman he is falling in love with might just be the vigilante he is been hunting for. The movie follows the adventures of the dual life of the protagonist Mary.

The primary Miss Meadows filming location is in Cleveland, Ohio, USA. The principal photography of the movie began in August 2013, and most of the movie was shot at Cleveland. The shots where mary is seen tap dancing while her way to school is shot in the streets of this small town.

Tremont neighborhood is one location in Cleveland where the shots of Mary’s neighborhood are shot. The house featured in the movie, which belongs to Mary, is shot in Cleveland, and the flowery garden outside it is also shown in the movie. The shots where Mary talks with her mother on the phone are also shot in this house in the Tremont Neighbourhood. The exterior shots also have a white door house which is also visible in many shots of the movie. 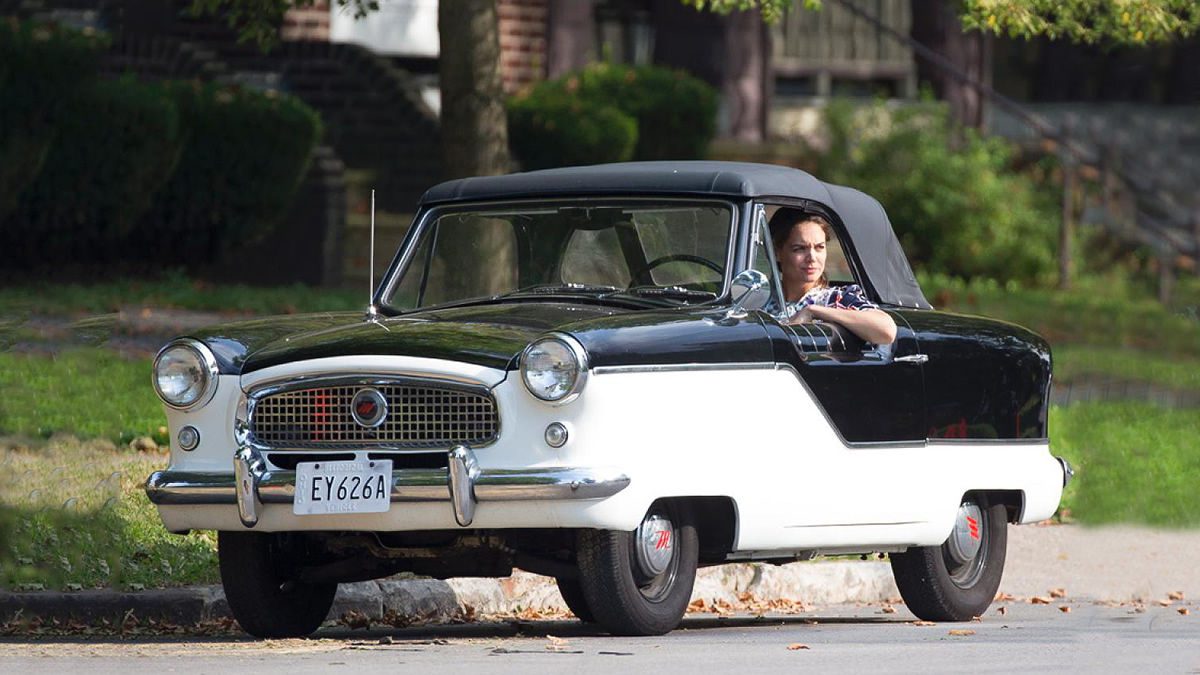 The beach scene is one of the most iconic scenes in the whole movie. It is another Miss Meadows Filming Locations that is revealed by the makers. The shots of this scene are from Edgewater Park, Cleveland, Ohio, USA. The interior shots are shot at the Cleveland house, while the exterior shots are of Edgewater Park.

That was it on Miss Meadows Filming Locations. Stay tuned for more such updates!