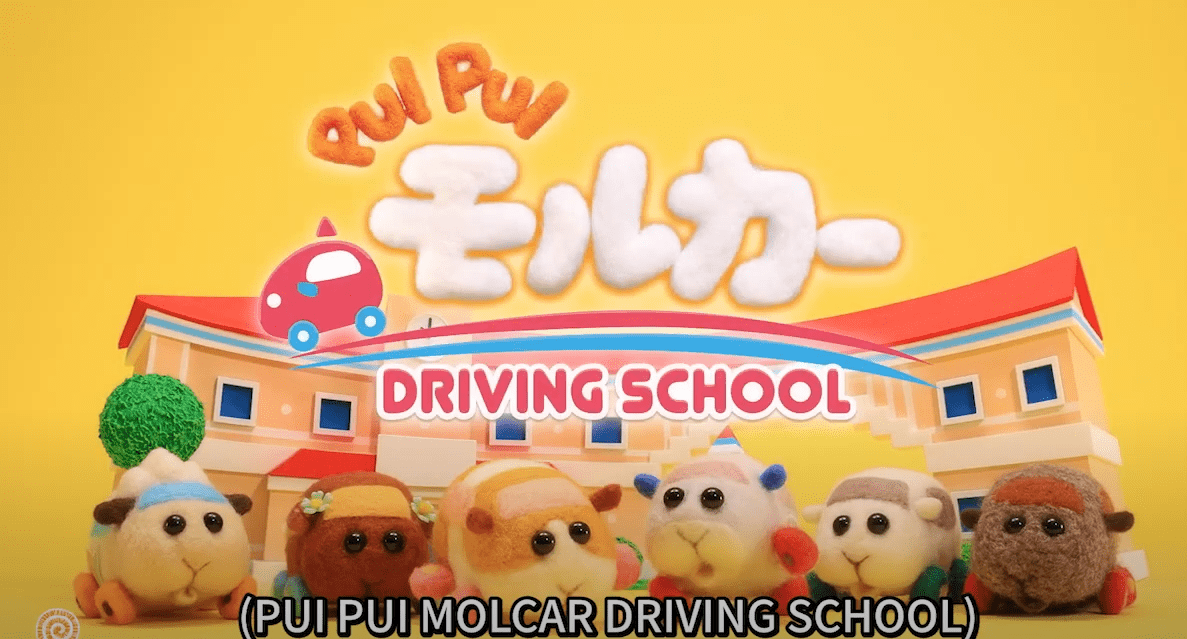 With competition between molcars on sports day in episode 6, we are near to the next wholesome Episode of PUI PUI Molcar, i.e., episode 7. You would be curious to know the release date and all. Don’t worry. We have got you covered. But first, folks who don’t know about the show. Shin-Ei Animation, Japan Green Hearts, and Bandai Namco Entertainment collaborated to create the Japanese stop-motion mini-animated series Pui Pui Molcar. Tomoki Misato is the show’s director and writer.

Misato and the Japan Green Hearts team created the figures and models, and Shota Komatsu created the soundtrack. On January 5, 2021, TV Tokyo’s Kinder TV children’s variety show broadcast in Japan. The series name, which references the central characters, is a spin on the term Molmot (Morumotto, the Japanese word for guinea pig).

Because each episode had a straightforward plot, it was well-received by both viewers and critics when it first came out. Among the year’s best animes so far is Pui Pui Molcar. It’s a sweet, brilliantly animated bit of happiness that everybody should see, and each episode lasts only two minutes. Although primarily intended for children, both children and adults will appreciate this stop-motion treat.

Each story centers on a future where individuals operate hybrid guinea pigs/motor car intelligent vehicles. The primary focus of the show is on the shenanigans of the Molcars, with a little bit of problem-solving for their pals and drivers thrown in every so often. For humorous effect, episodes occasionally incorporate parodies of popular film genres.

How is it to Watch PUI PUI Molcar?

There are many pop culture allusions, deep thematic themes underneath the basic level appeal, and a tonne of adorably cute characters in this program. So it seems sensible that this show is sweeping the anime community by storm.

Each episode centers on strange Guinea-pig/car hybrids called Molcars, sentient entities that inhabit a large city. Pui Pui Molcar combines wholesome principles like giving, caring for others, and trusting in yourself with an entertaining episodic adventure that covers a wide range of subjects.

There are particular allusions to Back to the Future and Indiana Jones in this, as well as winks at superheroes, traditional anime, and sometimes even undead(zombies). There is a bunch of images in this program as well, and hidden throughout the series are some adorable small Easter eggs and consistent nods to previous seasons. The precision on exhibit in the stop-motion animation is immediately apparent and is simply mind-boggling.

The distinctive visual makes highly inventive use of toys, small human miniatures, and fabric molcars, even though it isn’t entirely on the same level comparable to Kubo and the Two Strings. Then, to maintain a uniform vibe, these are mixed in with some “inside” images of individuals driving Molcars that depict actual people but with particular freezeframe scenes.

Also Read: How to watch My Master Has No Tail Episodes Online? Streaming Guide

Both audiences and critics in Japan gave the series high marks after its debut. An academic reviewer named Naoki Ogi said, “Children’s imaginations are stimulated by understanding the plot from music, motions, and facial gestures in an anime without words. The lesson is not explicitly stated. However, from an academic perspective, it is sound.”

The wait is over for the cute and adorable molcars as episode 7 of Season 2 of PUI PUI Molcar is all set to air on November 19, 2022, Saturday. The episode is titled ‘Scary Undersea Tunnel.’ Let’s see what they have for us in this particular episode. As by the title, it seems very interesting & increases curiosity.

One can watch PUI PUI Molcar Season 2 Episode 7 on Netflix on your Roku device. For a single fixed monthly subscription service, watch Netflix on your phone, tablet, Smart TV, desktop, or multimedia devices. Plans cost between 149 and 649 per month.

No additional fees and no agreements. Anywhere and at any time. Sign in with your Netflix subscription to access Netflix quickly from a pc or any other web device that has the Netflix app, such as a smart TV, a smartphone, a tablet, a media streaming player, or a gaming console.

Simply put, Pui Pui Molcar is a refreshing change of pace in a period of anime that is ruled by spin-offs and repeats. This year, everybody must take a moment to open his/her arms and hug close to this adorable and lovable series, which is a sunshine ray amid a cloudy sky. Pui Pui Molcar is a sure thing.