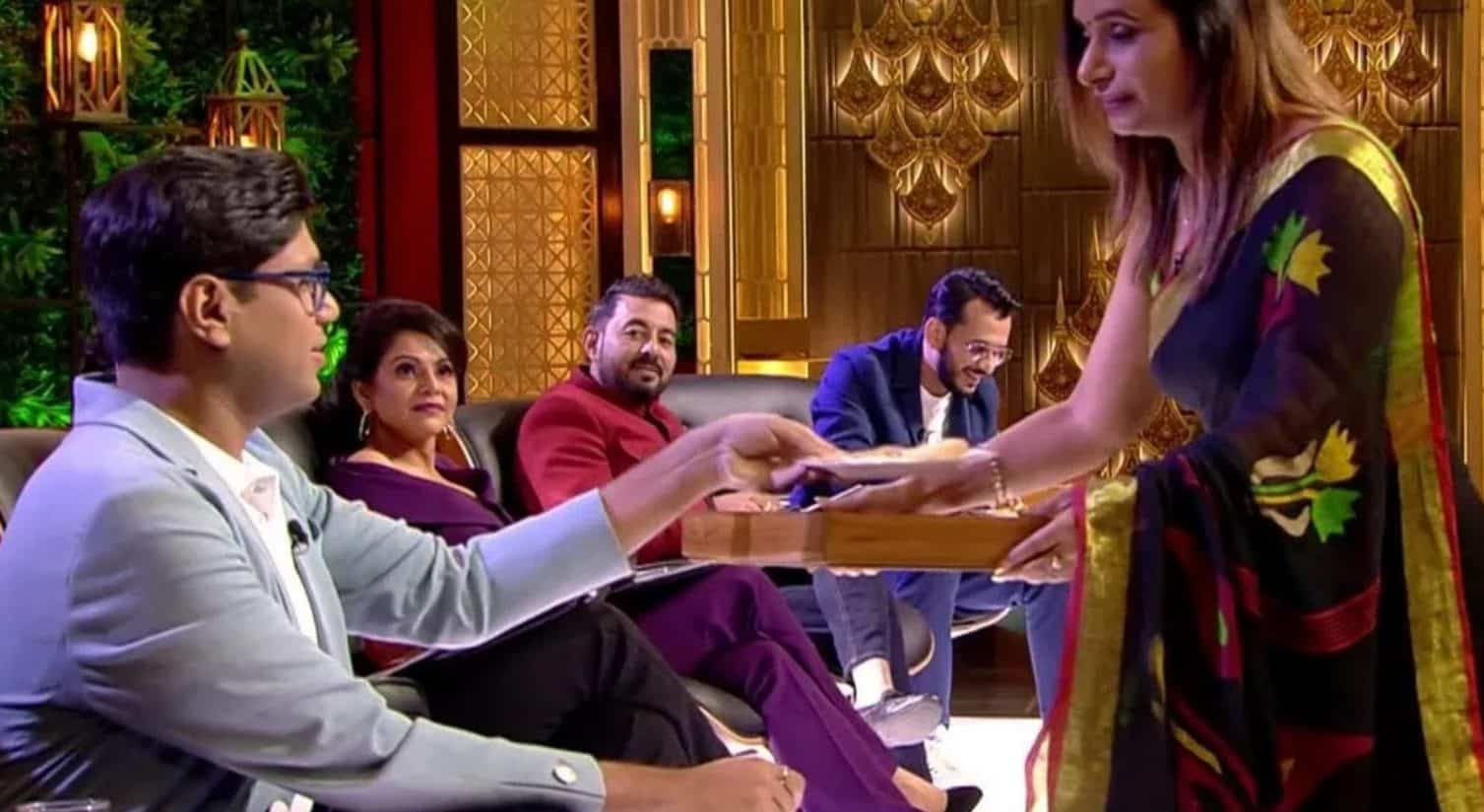 For the day’s first presentation, the sharks are joined by youthful innovators, but with a surprise. The ‘Inside FPV’ (First Person View) group, created by  Oshi Kumari, Arth Chowdhary, and Deyvant Bhardwaj, presents India’s 1st customer, connector FPV drones in an eye-catching presentation rather than entering first and introducing themselves vocally.

The crew moves closer to its goal by captivating the five sharks as their drones navigate over numerous barriers set on the stage. Making such drone more affordable with online sales beginning at just Rs. 2700, but the three requires the sharks’ knowledge and advice to develop into the business market, for which they offer a deal of Rs. 74.5 lakhs for 4% ownership.

Their “passionate” pitch moves the sharks, and they are further struck by the fact that two of them seem to be college grads while Oshi remains a 4th-year student at VIT Vellore. Because they were purchased from other countries, these drones had formerly been rather expensive; nevertheless, the state has now stopped selling them to promote the “Make in India” standard. 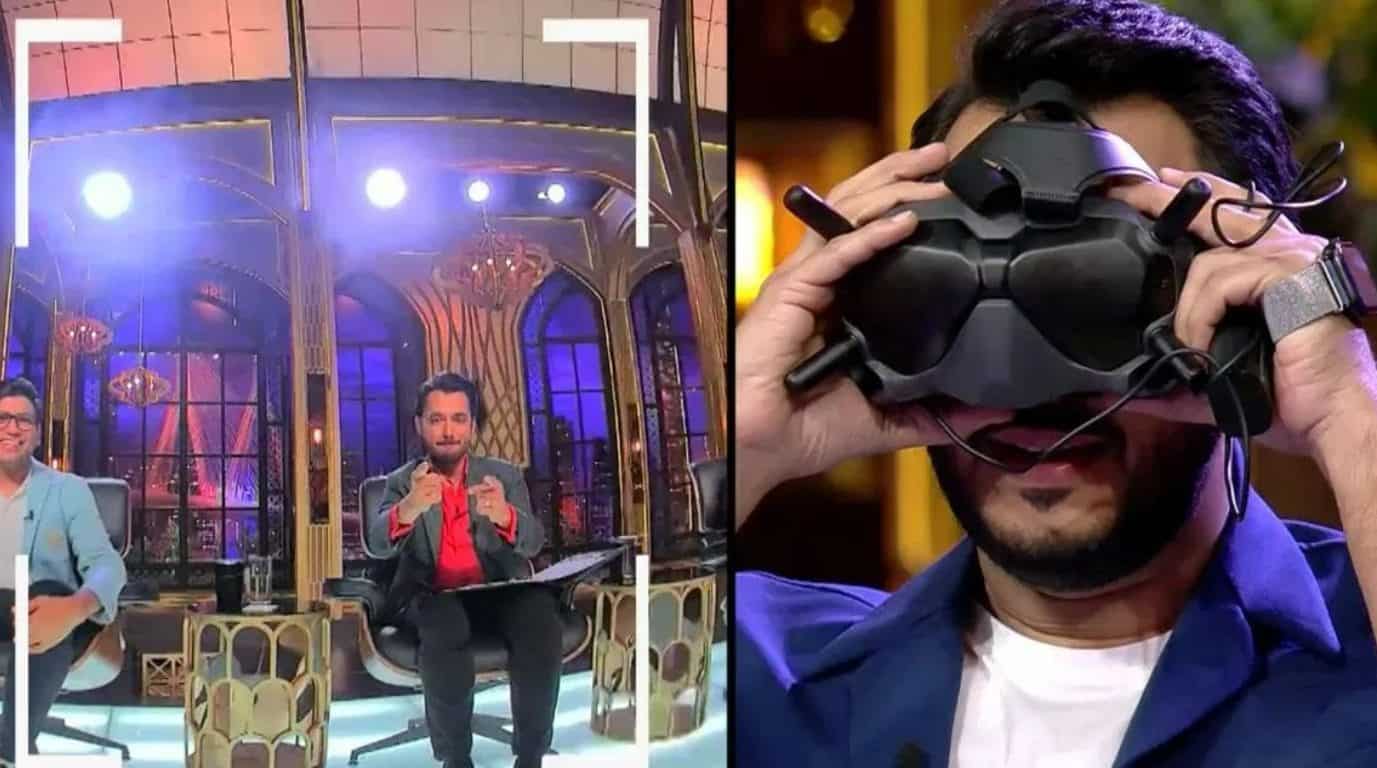 Namita even praises Oshi for being a “lady in STEM,” which is uncommon in the country. Plug & Fly FPV drones make up 40% of its revenues, while spare parts make up 60%. They don’t make any money from B2B; their business is lucrative in the B2C market.

Anupam questions them about whether they’re changing how they approach the gadget industry, and they respond that they need to be more focused on the drones’ production process. Although everyone focuses on the hardware part, they eventually want to cater to everyone to establish a healthy ecosystem of both software and hardware.

The flight controller, often known as the drone’s brains, is the project’s main or distinctive selling feature, and the crew has put a lot of effort into programming it. Anupam is no longer in this industry because he thinks it will soon become extremely competitive.

Peyush agrees that the business is still in its early stages, but he believes that their team has marketable potential and is eager to proceed with a contract with Aman despite this. A 50 lakh rupee offer with 20% ownership and a 25 lakh rupee loan at 0% interest has been made.

Amit, along with Namita’s offer of Rs. 74.5 lakhs for 15% ownership, quickly surpasses this. The second team for the day is “Angrakhaa,” its creators Asana Riamei & Vishakha Bhaskar discuss the “fat tax,” which alludes to the practice of charging plus-sized clients exorbitant prices for apparel.

By dealing through their website and normalizing different sizes rather than having any one of the people feel like an outsider in comparison to the others, the two founders seek to come into effect of size inclusiveness in their company culture.

They valued all sizes at the same rate without sacrificing the attractive and contemporary elements, avoiding discrepancy. Customization is one of their specialties, although it only accounts for 27% of customers’ requests; the remainder is all created according to their vision.

According to the brand name, which caters to both men and women, they want to keep their designs feeling “Indian” even after they become successful on the international market. They request a 40 lakh rupee commitment for 5% equity from the investors to continue moving toward their desired success.

When it comes to the investors, Namita is the first one to admit that she has been morbidly obese in the past as well. However, she is also curious as to why they do not still have an “only plus size” section.

Vishakha freely explains that through their concept, they do not wish to designate any certain category of clients as ‘loners,’ and they never advertise themselves as a plus-sized company,’ as the phrase can be embarrassing for many individuals.

Peyush advises them to reconsider if they need to seek additional money, and Namita and Aman leave because their marketing plan is “confusing,” according to the latter. Anupam then emphasizes how difficult it is to advance in this sector and how the absence of a “distinct product offering” also turns him off.

When is the Shark tank India Season 2 Episode 15 Release date?

Shar tank India Season 2 Episode 15 will stream on Sony Liv at times mentioned above if they are watching the show from other nations than India, while Indians also have the option to stream Shark tank India season 2 episode 15 at the same time it airs on TV via Sony Liv.