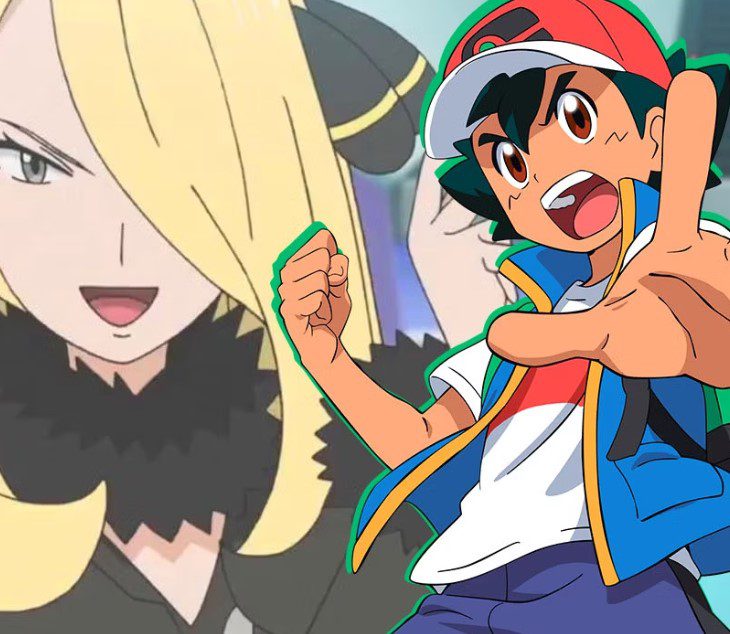 But some are confused; we will reveal everything about this battle, and you will know who won the duel. Ash vs. Cynthia is one of the legendary battles in Pokemon because it is rare to find an amazing battle between two friends who have met in the past. Ash and Cynthia met in the previous episode of Pokemon and helped each other restore peace in the Pokemon world. Still, it doesn’t stop them from competing since they both yearn to achieve high ranks in the Pokemon World Championship battle. This battle involves two Pokem on trainers to determine who is stronger, and no one chooses their opponent.

Pokemon fans won’t want to miss the upcoming episode of this series since it is where Ash vs. Cynthia begins, and the battle details will be revealed. Some will vouch for Ash to win, and some believe that Cynthia will win the battle to make Pokem interesting, so they will have Ash vs. Cynthia part 2. This is interesting, and even if Ash loses, it will be more fun to see another battle between the two greatest Pokemon trainers. Ash has also lost battles like this one in the past, which won’t be surprising because of this build-up to a second great battle. Let’s look at Ash vs. Cynthia 2 below.

Ash vs. Cynthia was announced in the latest episode of Pokemon 2019 or Pokemon Journeys: The Series. This battle will continue in Pokemon Journeys: The Series Episode 122. The battle begins after Ash receives a message that his next opponent is Cythian. The referee announces for the battle to begin, and the two unleash their first Pokemons. Cynthia unleashes Rosarade and Ash chooses Dracovish. The episode title was Rosarade vs. Dracovish. Rosarade attacks Dracovish and Ash instructs Dracovish to stop the attacks. Racovisj uses a water gun, and Rosarade uses a counterattack. Goh was sitting with other Pokemon and fans, believing g that Ash would dribble the handicap. 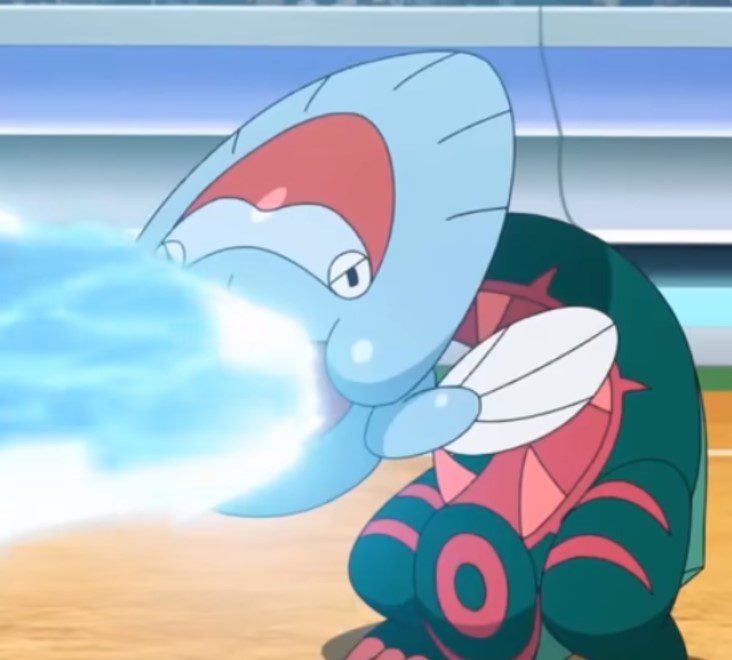 Draco uses Ice Fang, and Roserade replies with a signature move: power whip. Ash was confident he would defeat Cynthia, but one of the fans thought that anything could happen since they could not underestimate Cynthia. The power whip sent Draco to the ground, and Goh was left surprised. But he was not unconscious. Ash instructs Draco to use the water Gun again, but Rosarade continues with a counterattack that pins Draco to the ground. Ash reminds his Pokemon Draco that they have come to win the battle and face Dande. Draco got motivated by those words and refused to give up. Cynthia pities Ash and his Pokemon since she believes they are easy fights.

Draco uses Dragon Rush and Rosarade counters with Solar Beam that causes an explosion. Dande was watching from the stand and was impressed by the explosion. When the smoke clears, Draco is unconscious, and the ref announces that Draco can’t continue. Rosarade won the first round by ko, and Ash gets ready to unleash another Pokemon. He realizes that he is one point behind after Draco is defeated. The ref reveals that Ash has lost his first Pokemon. Ash summons Draco back inside the Monster Balls and admits that Draco has lost, but he still loves him.

Ash summons another Dragon Pokemon, and Cynthia thinks he is going for an Ace, but she is not surprised since she is familiar with that Pokemon. Asha tells his Pokemon to use Dragon Dance to finish Rosarade. He reveals the name of his Pokemon and calls him Dragonite, but Rosarade stops the attacks using a gust of wind that pushes Dragonite back towards Ash. Ash reminds Dragonite to use more pressure since they might push Rosarade to her limits. He believes a Flower Type Pokemon cannot defeat a Dragon Type Pokemon. Dragonite unleashed Huriocane to smash Rosarade. Rosarade attacks with Energy Ball, and Dragonite mixes his attacks with Troquo Pelo Dragon Claw. 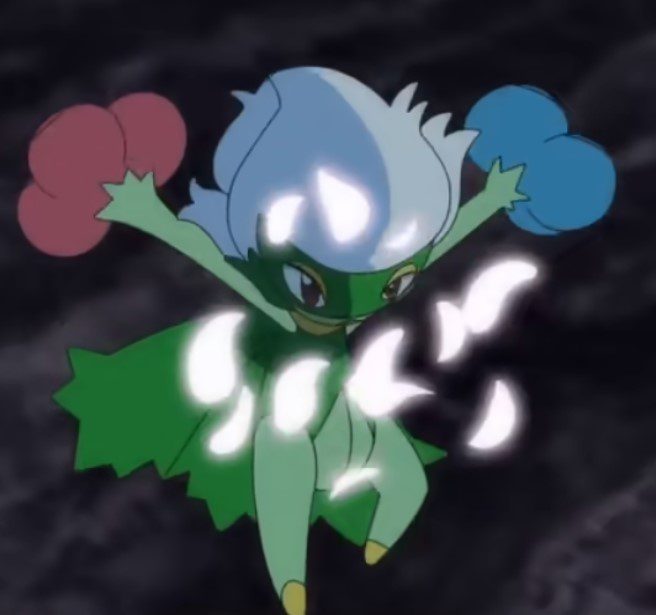 But Rosarade was sent flying after the two clashed. Cynthia realizes that Ash is at an advantage and tells Rosarade to retreat. She summons Rosarade to avoid losing her and decides to take another Pokemon that matches Dragonite’s strength. Cynthia believes that she will use Roisaarade later after she regains her strength. She remembers about a Pokemon with a cold heart and summons Glaceon. Glaceon attacks when he sees Dragonite, who uses Dragon Dance to stop her. Dragonite wanted to finish Glaceon using g the same Dragon Claws that he used against Rosarade. But Glaceon sends a powerful beam that blasts Dragonite.

The ref notices that Dragonite is sent flying after receiving g a powerful blow and shouts that contestant Ash is in trouble. Ash wonders if Dragonite is defeated and notices that he is on the ground. Dragonite struggles to get up, and Ash asks him if he can. He realizes he cannot let his trainer down and gets up with an angry face looking at Glaceon, who beat him. Ash asks Gragonite to use a strong Hurricane that shakes Cynthia. But she tells Glaceon to face Dragonite. Glaceon uses ice attacks that Dragonite manages to dodge, and Ash believes that nothing will stop him from winning. Cynthia reminds Ash that she will defeat him, and Glaceon uses Ice Beam to freeze Dragonite. The battle continues as Cynthia and Gclacoen attack Ash and his Pokemon Dragonite. But she is 1:0 since Ash has lost his first Pokemon, and the battle continues.

Who will Won The Battle?

Ash vs. Cynthia has become an interesting battle even though Asah is 1:0 down. But Dragonite is proving that they can tie the score and match Cynthia. The battle continues as Cynthia continues to dominate Ash and his Pokemon. But Ash has found a way to get back to battle after his second Pokemon, Dragonite, almost got KO’d. This has changed this battle even though it might lean toward Cynthia’s victory. Cynthia only needs a single blow to win this battle because Glaceon’s attack freezes Dragonite. Glaceon is about to unleash the final blow, which will be Ash’s end because she will be securing her second point. 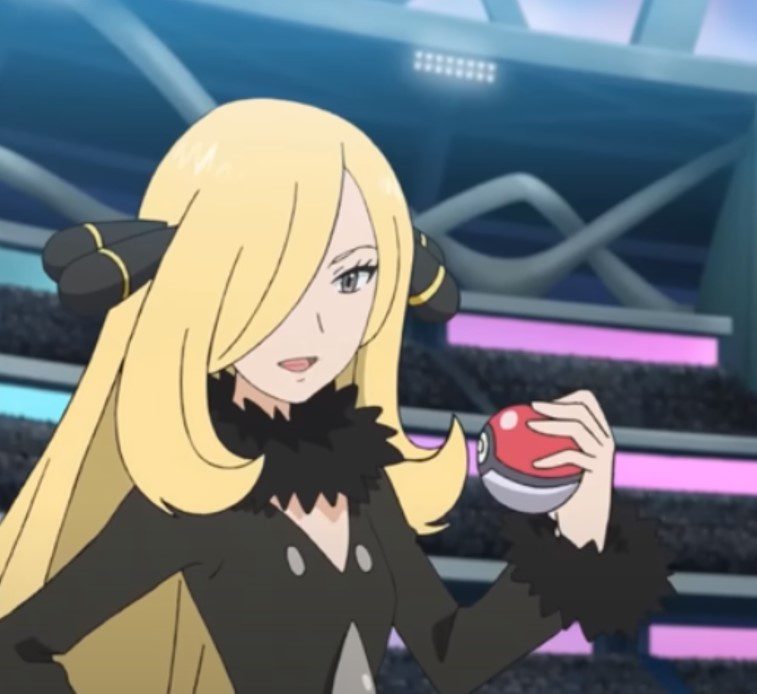 This battle is 3v3 Pokemons and the fists one to win two matches wins the battle. Cynthia has already registered a point, and she knows that if Glaceon defeats Dragonite with the killer blow, they will walk away with a victory. But Ash believes that Dragonite will survive the killer blow and tie Cynthia’s score. This bout is far from over, even though many fans have already predicted that Cynthia will defeat Ash. Ash might tie the score to 1:1, making this battle interesting because it will be one last man standing to win the battle.

Cynthia has a 90% chance of winning this battle if she plays her triumph card perfectly. But Ash and Dragonite have a dream to face Dande, and they cannot afford to lose this battle. The battle continues, and it is unpredictable to say who wins the battle. But many fans can say that Cynthia will defeat Ash even if he ties the score. Ash must defeat two Pokemons to win the battle, which sounds impossible. We can say Cynthia will win this battle since the odds are not against her. To see the real winner of this battle, you can find out about the upcoming episode of Pokemon.