There are also popular best characters, and their cosplays are the best you want to check out. This is great news for the comics fans since they will get introduced to their favorite cosplay character. There are many interesting things about Sandman, but for now, we will be looking at the best Sandman cosplay to date. The creators of this series have blown the mind of the fans since they made everything amazing and surprising for the fans, and the cosplay displayed in this series is the best.

A character like Morpheus or Dream, the king of dreams, has the best cosplay we will discuss in the list below. Those familiar with Sandman already know what best cosplays they should expect in the list below. However, cosplays have also become one of the many things fans are starting to consider and enjoy wearing. Sandman is also known for bringing joy to the fans, and the cosplays we will look at below have captured the heart of many fans. Let’s look at some of the Best Sandman Cosplay To Date below.

Dream and Death Cosplayed by Annapannack 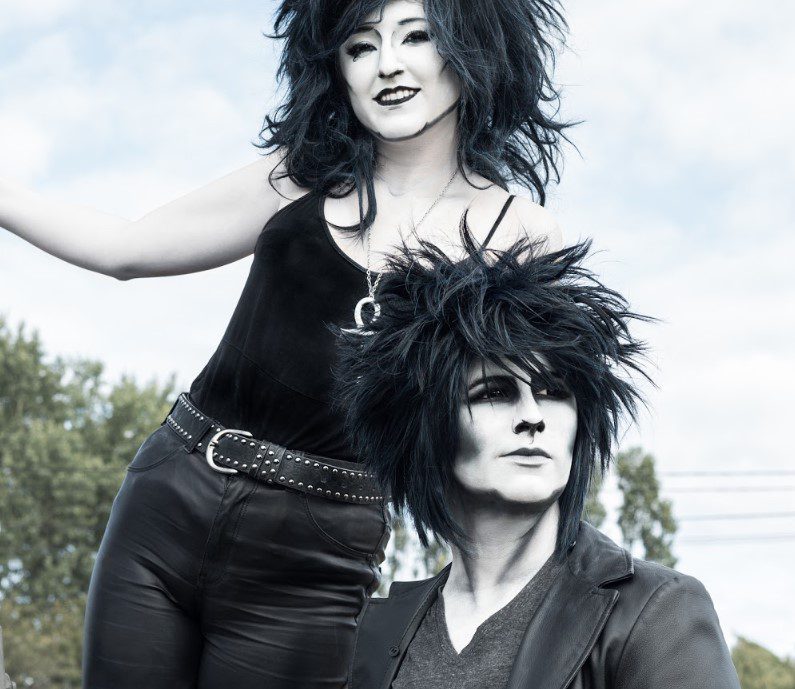 Dream and Death Cosplayed by Annapannack

Cosplayer Michal Laurinec cosplayed Delirium and made it look exactly like her. Delirium is one of the best Sandman characters that many cosplayer cosplays. This is one of the best cosplays to date. Everything about this cosplay is perfect, including the colors. The color of the dresses and hair, even her appearance, matches Delirium’s, revealing the Sandman’s best character. Most of the characters of Sandman always become the best cosplays since this is an interesting series loved by many fans. This is like the exact match of Delirium, and everything that Delirium carries is also there. Delirium is cosplayed by Michal.

It is also rare for a cosplayer to make the best Sandman cosplays since it takes lots of creativity, and the appearance of the cosplayer should also match the character that they are cosplaying, or they might end up with bad results. But one must appreciate the work cosplayers do since nighty five percent of them produce the best results that make fans always support their work, especially in creating the best cosplays like the Sandman series characters. Even though you might notice the difference between the real character and cosplay, they will always look the same.

Noelle Adams cosplayed Desire and made the best personification that became popular online. Desire is also another best character that is fun to watch, and she played an important role in the Sandman series. The fans who know Desire will realize that this resembles her, and it is the best cosplay for the fans of this series. There are lots of best cosplays of this series’s main characters since different cosplayers have their favorite character that they like to cosplay. Destiny and Delirium cosplayed by Nanna and Steamwyck

Destiny is the best male character of Sandman, and many cosplayers like Steamwyck have managed to make the best cosplay of this character. Delirium is one character that appears in different forms with different costumes and hairstyles. Still, other characters always wear the same costumes, and their appearances are also the same. But she is not hard to recognize due to her appearance; this is also one of the best duo cosplay from a couple. It will always remain the best for the coming decades. Destiny and Delirium cosplayed by Nanna and Steamwyck

Destiny’s costume is the best, and it matches his character or role. There are many cosplays like this one, but this has topped many of them due to the color and design of everything the cosplayer has used to make it look the best. To make the best cosplay character like Destiny, it needs an average cosplayer with light skin color and the right brown costume as the one above. Best Sandman cosplays never get old since this series has no more than ten years since it was announced to be on screens, but as a comic, it began a few years ago. This makes the Sandman series have the best cosplays.

Few of the cosplayers fail to cosplay Destruction since they fail to match his height and hair color as the one below. Destruction is one of the characters that love to keep his hair color the same. When you look at the picture below, you will realize that it is the best cosplay, and one can tell it resembles Destruction. There are many different characters in this series that are yet to be cosplayed and revealed. But we discussed the main character that made the best cosplays of the Sandman. This was the best cosplays of the Sandman series by different cosplayers who revealed their best work. Cosplaying to produce bet cosplay seems simple, but only for cosplayers who have first studied the character; they want to cosplay to not miss a single detail about their favorite characters. Some character of the Sandman has changed their name as the series continues, and some use two names, but we have covered all the best Sandman cosplays that we know, and they are up to date. Destruction always loves to carry his weapon like in the picture above. This is fun since it looks like a guy who wants to leave. Let’s look at the last best Sandman cosplay that we know below.