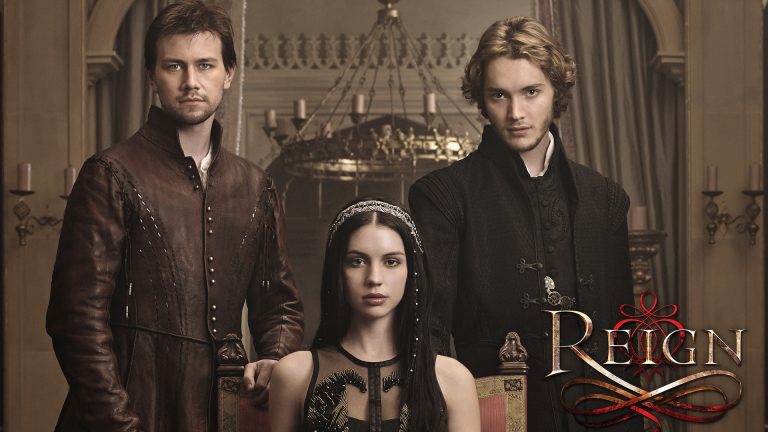 Reign is one of the best female-led Tv Series of all time.
Himanshu Bhardwaj
Editor's Picks
July 23, 2020 5 min read

13 Reasons Why star Katherine Langford plays the leading role as Nimue in this new Netflix show, based on Tom Wheeler and Frank Miller’s latest hit novel, with Wheeler directing the show himself. Cursed has been associated with the likes of The Witcher and The Game of Thrones-both shows that in the modern era have earned a cult following. It is an Arthurian Hero warped tale where she opts to wield the sword. This new hit drama has just released this last Friday and now the fans are wanting more. So sadly we have to wait a few months to get season 2, but you are in luck because we at Otakukart are bringing you the best shows.

10 Best Show To Binge After Cursed, The List Is in Random Oder

The thoughts of a ninja-esque gang of vengeful nuns running around that fill with a certain kind of fear any ex-Catholic school-goer, but the cartoon Warrior Nun is concerned with more spiritual concerns than any errant types in the Missalettes. The plot is based around Ava (Alba Baptista), a feisty 19-year-old woman plagued by visions of her own death, adapted from a comic book of the same name. As she wakes up in a morgue with an arrow in her leg, these night-terrors seem to have become reality.

In Reign, Mary, Queen of Scots, will visit France for strategic engagement with Prince Francis. The only problems are that she’s been drawn to someone else, she’s been getting offers from other suitors, and the French court seems to despise her. Reign is one of the unique dramas that takes love to the forefront, without really saying anything about love. When you enjoy romances with a touch of political drama, so this is one of the best historical fiction shows that you can stream in this period of lockdown.

The Spanish Princess is a limited television series based on the book by Philippe Gregory, which is defined as historical biographical fantasy. This means that while the show centers on a real-life historical figure (Katherine of Aragon), the plot relies on artistic freedoms. The show is a STARZ original series that will have its second season and will air in the second half of 2020.

Godless is a hard-hitting Western drama headed by the series’ ladies and has some impressive cast including Merritt Wever, Jeff Daniels, and many more. You can count the number of the show that has certain brazen female characters and one of them is Godless. What a great story, structure, storyline, characters you’ll find all the ticked boxes for this show and don’t forget the awesome acting performances of the ladies of La Belle The series is set in a town where very few males are alive, all either dead or crippled by the horrific incident that occurred a couple of years ago. Scoot McNairy is playing Bill McCue, La Belle’s sheriff who is losing sight every day, and most of the time he’s out of town. In certain ways, this show is different from other westerns and does not depict cheesy cowboy action but the problems of the wild west.

This series features King Henry VIII of England’s brutal and outrageous reign, stars Henry Cavill and Natalie Dormer as Charles Brandon, 1st Duke of Suffolk, and Anne Boleyn, respectively, before becoming famous in GOT as the superman and Margaery Tyrell. King Henry is played by Jonathan Rhys Mey, who has often come into conflict with enemies and gone through a handful of wives in pursuit of a son. As you watch this show keep a note to keep track of what happens to each of his brides “Divorced, hanged, burned, remarried, beheaded, survived.”

The Last Kingdom is a British historical fantasy TV series adapted from “The Saxon Stories”, a series of books by Bernard Cornwell. This tv series is quite underappreciated because it was not well marketed in its first two seasons, it recently broadcast its fourth season, a strong one. The basic premise of the series is that the Angelo-Saxons are killed by the hands of the Danes. Uhtred was born in Saxony but raised by Vikings. He finds his loyalty tested as he wants to claim his birthright and help establish a new country. It’s supposed to be on your watch list, as this show is a take on the side of England during the Viking Raids. This show features politics, beautiful cinematography, well-written characters, and a plot that will keep you hooked during your binge sessions.

Troy: Fall of a City is a miniseries based on the Trojan War and the love affair between Paris and Helen, it’s not Odessey ‘s version but the original take on the plot we’ve seen before in Troy, 2004 film starring Brad Pritt. It received positive feedback from the reviewers but struggled to get more attention from the audience as it brought an intriguing twist to the original plot. Besides other characters that were absent from the early incarnations, it added numerous Greek gods. If you want a short dose of medieval-themed tv show or novel, watch it, just 8 episodes long series.

Unbelievable star cast includes Kaitlyn Dever (Booksmart), Toni Collette (Knives Out), and Merritt Weaver (Godless) and other long names that would be enough for you to be engaged in this well-made Limited Series. The show is based on an essay, written by T, which won the Pulitzer Prize. It is co-created by Susannah Grant, Ayelet Waldman and Michael Chabon, Christian Miller, and Ken Armstrong. Denver plays Marie, a teenage girl who’s been arrested with lying about her sexual assault. Collette and Weaver are playing two female investigators who are involved in her investigation and want to help her investigate more. If you like investigation crime stories, watch this limited series and that’s worth every minute of your watch time.

Jessica Jones is the action series that marvel fans requested, it’s set in the same world as Daredevil’s on Netflix, it has 3 seasons until it’s canceled due to the expiry of the show’s development rights. Jessica Jones’ all 3 seasons are packed with plot twists, car chase scenes, superhero swinging action, and a touch of romance. Krysten Ritter plays as Jessica in the series who is suffering from PTSD after getting out of the control of Killgrave played by David Tennet.In the series, Jessica has a friend named Trish Walker who normally takes Hellcat’s mantle. Of the three, the first season is better, taking on some of the detective aspects of comic book narrative that was absent from other Marvel series. Luke Cage stars as Jessica’s side character and romantic interest in the show and gets his own series later on.

That series originally used to air on CBS but after one season the program moved to The CW and merged several other shows on the Arrow-verse. It received acclaim for acting and playing Supergirl, innovative style, and the show’s overall theme. The series is running its 5th season at the moment and has been renewed for a 6th season that will air either in 2020 or early 2021.