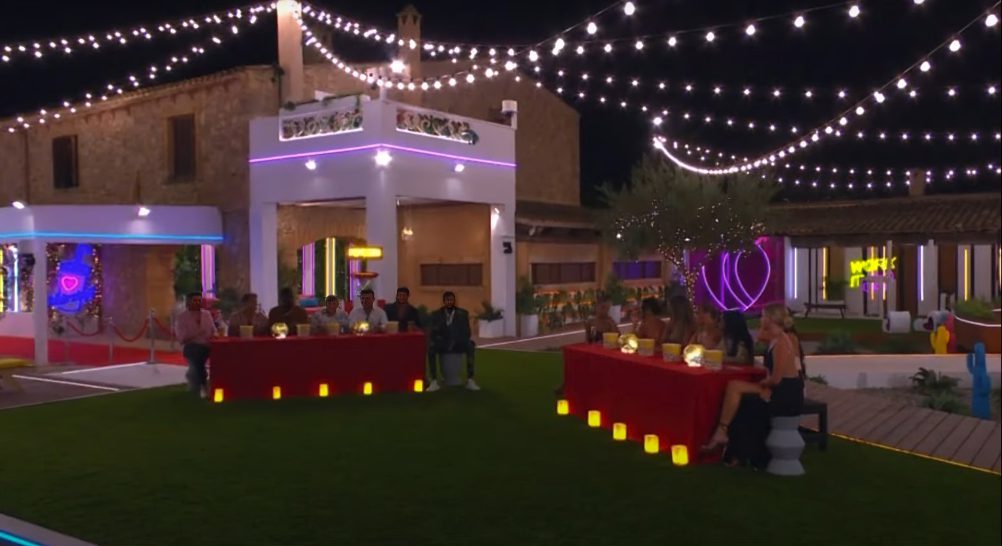 Lies are going to be exposed in Love Island Season 8 Episode 42. Episode 40 began in a dramatic fashion, with the bottom two islanders in the public vote being disclosed and two Islanders exiting the villa for good. The rest of the episode saw a fight between Luca and Tasha before she made a significant new step with Andrew. Then came the moment we had all been waiting for: movie night, complete with all the drama you would anticipate. Ekin-Su got a huge announcement, on the other hand, Luca wasn’t pleased with what he was seeing in a clip of Gemma.

At the beginning of the episode, we still had the small issue of last episode’s climax to deal with, with Coco, Summer, and Tasha all in the direct line of fire amongst the girls when it happened to come to the public vote opening fire, while Josh, Andrew, and Deji were in the bottom three for the guys. After bidding farewell to the other Islanders and packing their luggage, Coco and Josh, who had placed last in the public vote, left the villa. We then learned who was placed last in the public vote.

Before diving into Love Island Season 8 Episode 42, let’s quickly do a recap of the previous Episode. In Episode 40, Tasha suffered after finishing in the bottom three once more, despite the fact that many other Islanders gave it little consideration. Luca told her he couldn’t understand her anger because Andrew was now her lover, and the two of them had both stayed. He said he was “simply saying what everybody else was thinking” as she became even angrier. When they are alone, Gemma tells Luca she agrees with him but feels that his direct approach isn’t necessary, and Dami also agrees when he joins them. 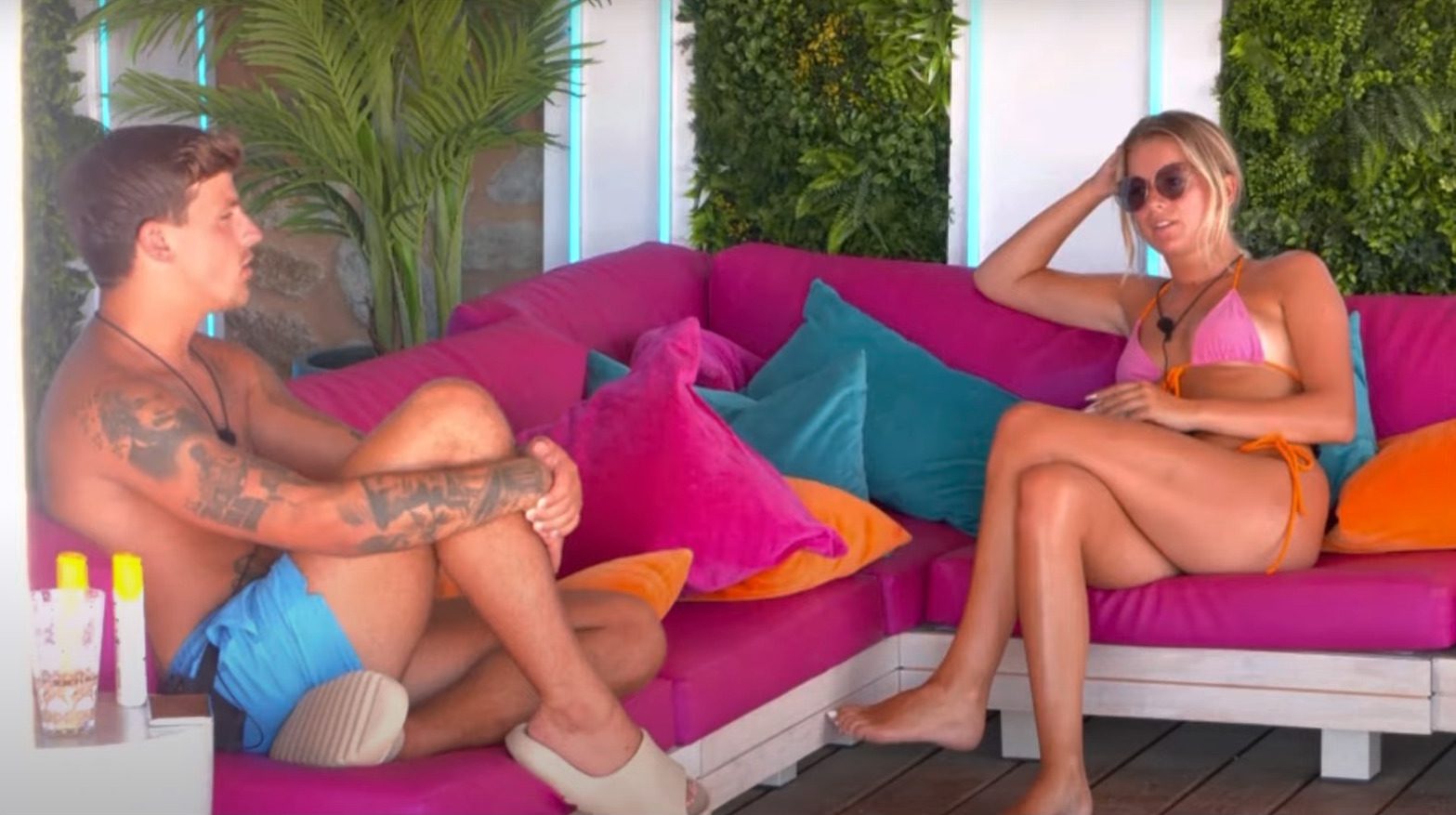 In another conversation, Paige and Dami discuss her connections with Jacques and then with Adam. Paige claims that she sees potential in Adam but is unsure of where his mind is at this time. Dami tries to tell her he’s only saying nice things. In their bed that night, Andrew and Tasha confess their love for one another. The following morning, Tasha tells the girls, and Andrew tells the guys.

Indiyah confesses that Dami’s prior behavior will impact the minds of her mother and sister when he says he would be pleased to travel with her tomorrow if that happened. Following their fight the night before, Luca and Tasha reunite while other couples relax by the pool. The Islanders are then instructed to “get glam” as they visit “Mad Movies: The Premiere,” with everyone being equally excited and afraid. Gemma tells, “There’s gonna be conflicts, but she is looking forward to it”.

The boys and girls sit down in their teams and begin working. The first question is won by the boys, and they decide to see the video “I Know What Ekin-Su Did Last Summer,” which displays the encounter between Ekin-Su and George in Casa Amor, which she kept a secret from the other contestants. The guys subsequently win in the second round and select the movie “She’s Just Not That into You,” in which Gemma confesses that she thinks Luca is more into her than she really is into him and that her feelings might be misplaced. She is then seen making out with Billy, which irritates Luca, who says that Billy has been shown as an idiot. Now we will discuss when will Episode 42 of Love Island Season 8 will release and what will happen in it. 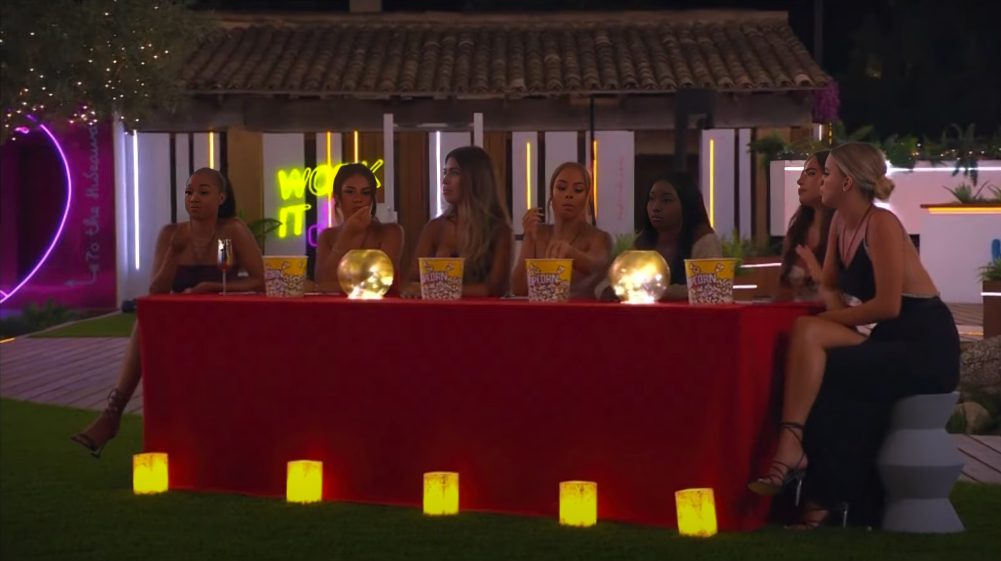 We will see the movie night continue in Episode 42. With viewers already being aware of Davide’s kisses with Mollie and Coco and Dami’s cheeky three-way kiss, the episode’s spoiler warns that “further lies will be exposed.” On Sunday, will the boy’s secrets be revealed? Which couples will suffer?

Episode 42 of Love Island Season 8 will air at 9 pm GMT on ITV2. ITV2 is completely free to access in the UK, and ITV Hub subscribers may view live Love Island episodes as well. There’s no need to panic, though, as Love Island UK Season 8 episodes started to stream on Hulu on June 21, just a few weeks after the UK premiere. Hulu’s With-Ads and No-Ads memberships are free to try out for new users for a full 30 days. After that, Hulu starts at $6.99 a month. Fans in Australia may once more watch episodes of the UK version of Love Island on-demand through Channel 9’s 9Now service. The service’s schedule is only a few days behind the UK’s, with episodes starting to arrive on June 8.