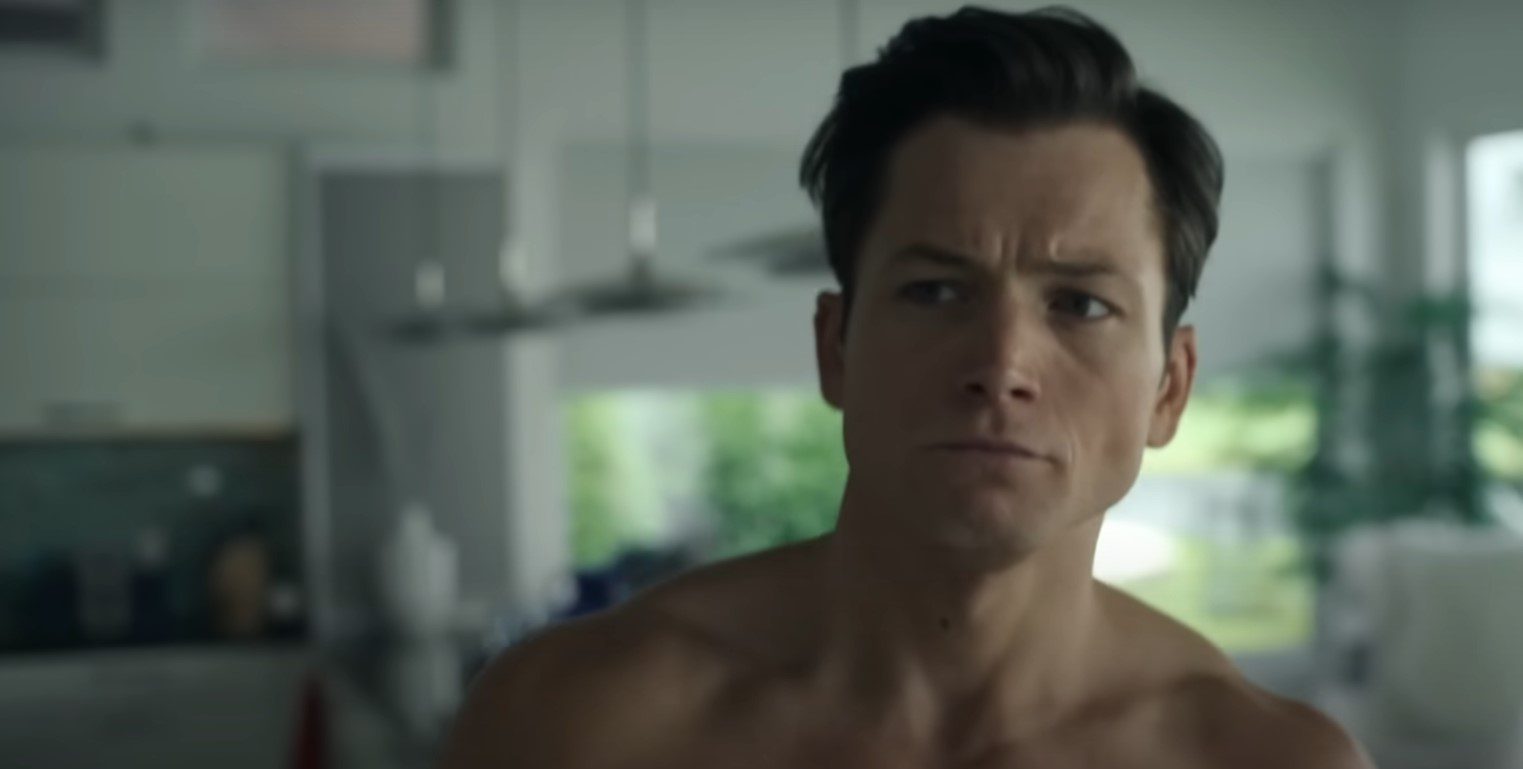 Let’s talk about Black Bird Season 1 Episode 6, as it follows Jimmy’s efforts to finally get information from serial killer Larry Hall concerning Tricia Reitler’s purported dead body. Jimmy comes across Larry’s map, leading him to essential insights. Their investigation led them to Larry’s past and his brother Gary Hall, according to special agent Lauren McCauley and police detective Brian Miller. James “Big Jim” James experiences health problems due to his stress over being unable to reach his son. Many captivating developments that change Jimmy and Hall’s fates are revealed in the final moments of episode 6.

This crime drama on Apple TV+ was created by Dennis Lehane, starring Taron Egerton in the lead role. It is based upon a novel titled “in With The Devil: A Fallen Hero, A serial Killer and A Dangerous Bargain For Redemption” by Hillel Levin and James Keene. Now in its final chapter, let’s recap the last episode. But reader beware, there are massive spoilers ahead, and we wouldn’t want to ruin the fun for you.

Larry wakes Jimmy from a nightmare at the start of the episode. Jimmy claims that Larry lied to him about the women he had sex with to frighten him into disclosing more about his crimes. Big Jim becomes anxious over being unable to call Jimmy and experiences a stroke. After meeting Jimmy, Vincent “The Chin” Gigante informs him subtly that he learned about his made-up cover story. A map with twenty-one red dots is present when Jimmy first encounters Larry at the workshop. He concludes that the dots indicate the locations of the supposed dead bodies of Larry’s victims.

For the girls’ families to locate the victims’ bodies, Jimmy tries to persuade Larry to give the map to them. He wants the daughters to be properly laid to rest so that the parents can finally find peace and accept their daughters’ passing. Larry, however, is adamant that he will not do that. The alleged murderer desires to send Gary, his brother, the map, and the wooden falcons. Larry learns from Jimmy’s confrontation that Edmund Beaumont sent his “friend” to Springfield to spy on him. The guards separate the two of them after they start fighting.

Jimmy Tries To Talk With Zicherman

Jimmy repeatedly asked to speak with Dr. Aaron Zicherman, who is on vacation. Still, the guards kept him in solitary confinement. To discuss Larry, Brian and Lauren meet Gary. When they were children, Larry sexually assaulted a hitchhiker. Gary admits that he did nothing to stop his brother from becoming a rapist. Gary responds negatively when Brian asks if he thinks Larry is a murderer. Brian, however, is unconvinced by Gary.

Dr. Zicherman, who has just returned to Springfield from vacation, gives Jimmy instructions on how to leave solitary confinement after he has been there for a few days. Lauren runs into Jimmy at the prison and tells the FBI special agent about his encounter with Larry, his experience with Larry’s map, and the suspect’s revelations regarding Jessica Roach. Beaumont agrees to assist Jimmy in achieving his freedom after Lauren introduces him. Beaumont doesn’t hesitate to acknowledge Jimmy’s admirable work while working undercover. Even though Jimmy hasn’t been able to locate the precise location of Tricia Reilter’s purported dead body, which has been deemed necessary for his release from prison.

Beaumont and Lauren gain something to use against Larry, thanks to Jimmy. The federal prosecutor asks the court to commute Jimmy’s sentence in what appears to be paying for the favor. The judge can comprehend Jimmy’s personal transformation and the significant work he completed for the bureau. The judge commutes Jimmy’s sentence and lets him leave the court as a free man because instead of seeing a macho narcissist, he sees a man who has given up arrogance. Beaumont and the judge know that Jimmy is granted freedom for partially completing a perilous mission. And staying in a prison-like Springfield for the FBI is commendable regardless of how the undercover operation turns out. 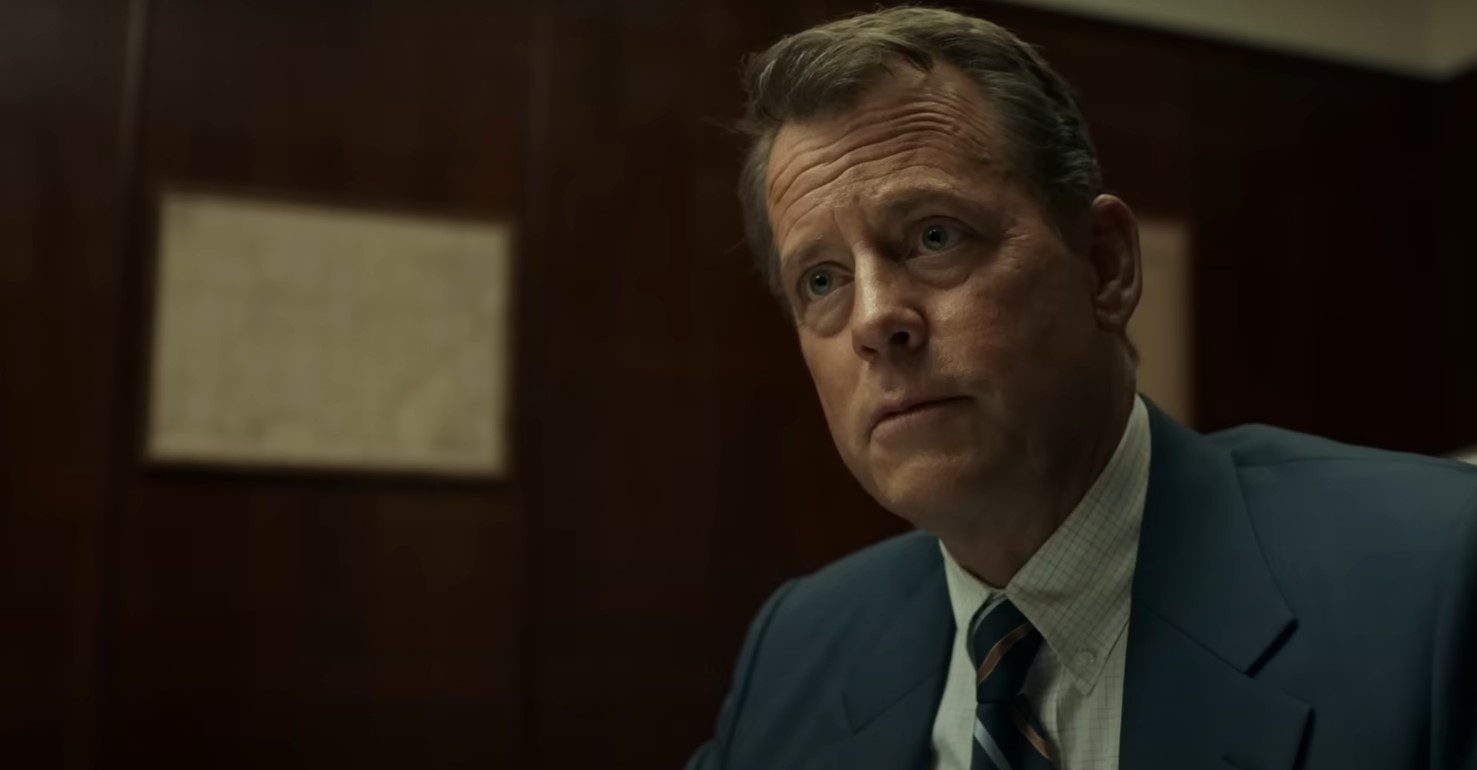 Since his initial conviction, Larry has portrayed himself in court as a victim of the government’s illegal questioning techniques. Even Larry’s initial confession is deemed problematic by the appellate court, which speculates that it might have been coerced. The conviction verdict is further undermined by the absence of a false confession expert’s findings in the initial trial. This gives Larry a good enough chance to succeed on appeal and walk out of court free. Jimmy’s involvement in the case, though, alters its dynamics.

Jimmy helps Beaumont prove that Larry was aware of information about Jessica Roach’s case that was only available to the actual offender. A situation like this disproves the idea that Larry was entirely innocent. The court also rejected the defense’s assertion that Larry’s confessions were coerced, further supporting the prosecution’s case. The court rejects Larry’s appeal and orders his return to Springfield due to the lack of conclusive evidence to keep his innocence, which could disprove the prosecution’s source.

Where To Watch Black Bird?

Black Bird airs exclusively on Apple TV+, as such, you must get a subscription to that platform to stream that series.

Black Bird Season 1 Episode 6 will release on August 6, 2022, on Apple TV+, the final episode, titled “You Promised” was directed by Joe Chappel out of a script penned by Dennis Lehane. With this, we conclude our coverage of this Apple TV+ original series. Thanks for your attention, happy streaming, and see you soon.