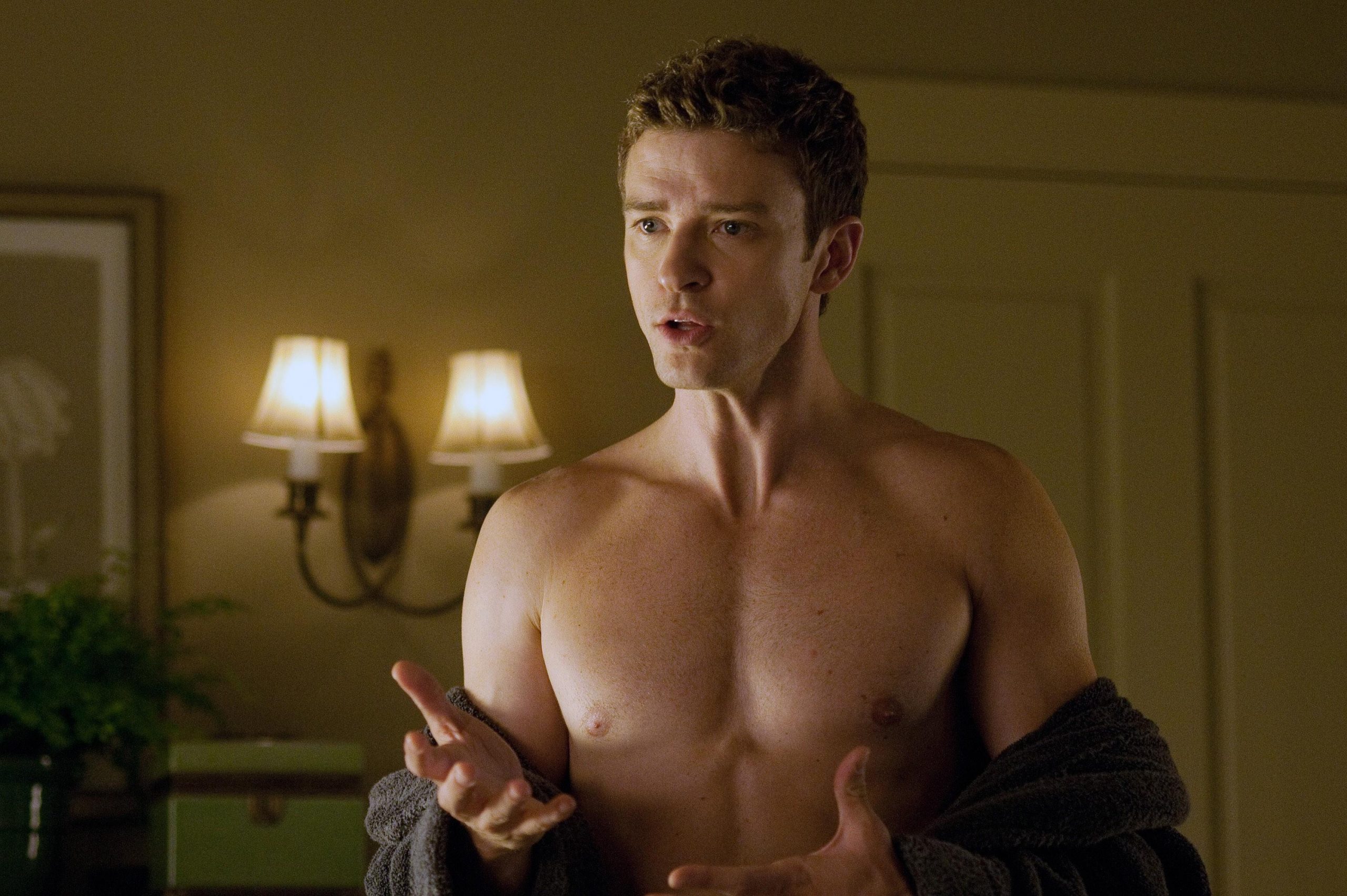 Justin Timberlake Movies: With so many talents, Justin Timberlake needs no more introduction to his work as he is an amazing singer, actor, songwriter, and record producer. Whether it be his films or albums, it is always magic for the audience to enjoy. He has a fantastic journey which made him star in all the aspects. From stage to big screen, he has done many films, and several of them are even award-winning. Since 2000 when he did his big-screen debut, now he has appeared in over 20 features film. He remained absent in this industry for some time but returned to the limelight in 2020 with his film ‘Trolls World Tour.’ In January 2021, Timberlake’s drama ‘Palmer’ made its way to the big screen, and now we are here with some of the best movies of Justin Timberlake. 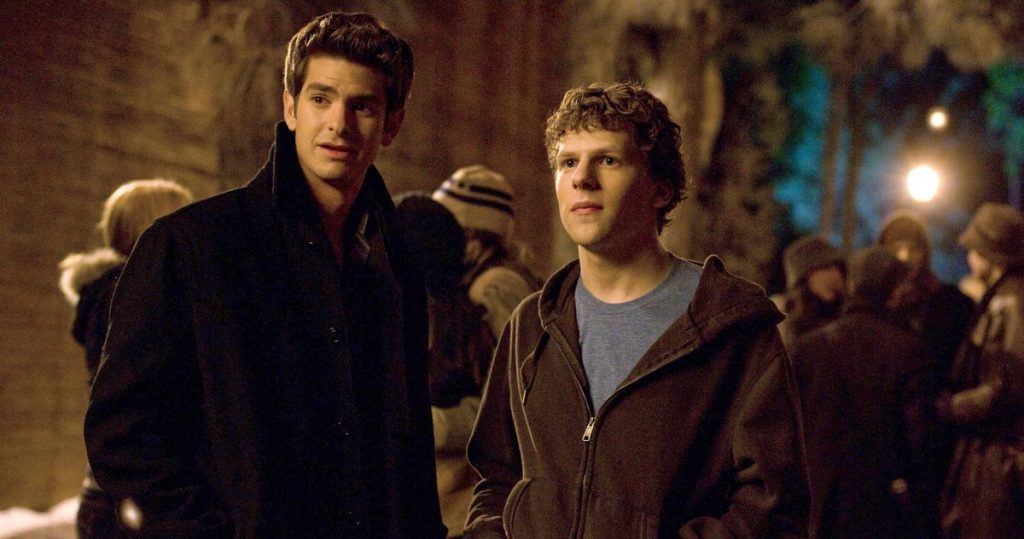 If we talk about the best picture available on Timberlake’s resume, then it should totally be David Fincher’s Facebook movie “The Social Network.” It is an American biographical drama. Justin Timberlake has played a very great and lead role in the film. He has played the character of Sean Parker, a Napster founder, charismatic young tech, smooth-talking guy who becomes supremacy for Mark Zuckerberg, aka Jesse Eisenberg, during his steep rise. The film was first premiered in 2010. Fans loved this totally new Role of Justin Timberlake.

Timberlake has shown some great acting skills in his recent movie ‘Palmer.’ Eddie Palmer (Justin Timberlake), a former high school football champion, tries to get back to his life after he returns from his dark past after spending 12 years of life in jail. He was accused of robbery and assault charges. To rebuild his life and change his dark past to a bright future, he returned to his hometown, Louisiana. Further in the story, he bonds with an adorable boy named Sam, who comes from a distraught family. His mother, a drug addict, abandoned him, and he was bullied because he loved playing with dolls and dressing like princesses. Further in the story, they made a wonderful father-son bond, which helped Palmer get back to life. 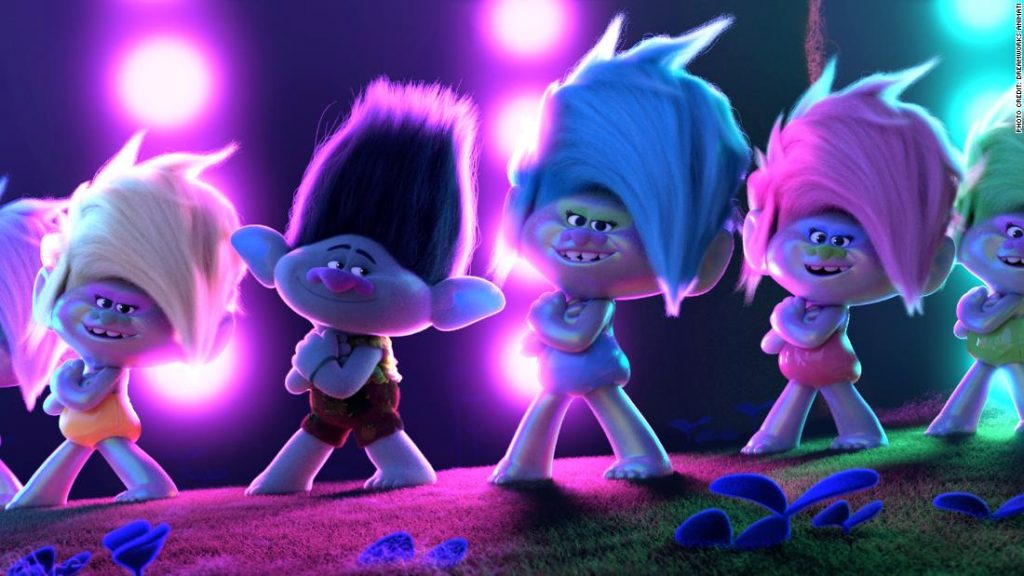 This movie proved to be a hit last year and is an animated musical sequel. Kids in their lockdown enjoyed it. Reprising his role, Timberlake had a lovely neurotic troll branch in the film and celebrated every form of music. This usually means that Timberlake was into singing many pop medley, including Gangnam style, Party Rock anthem, and Who Let The Dogs Out.

Even though it was an A-list supporting ensemble, the crime drama Edison, which was released in 2005, could not manage to escape the fret of critics. Timberlake’s drama couldn’t make it from casual moviegoers alike. He played Josh Pollok, a character of a bright ID journalist, and uncovers the events related to corruption within the local police force of New Jersey. When he was assigned his new assignment in Edison’s town, Pollock starts to know every foul play within the F.R.A.T. police unit and then begins to trace all the problems on his way to the top the organization. By the time he gets closer to the events it tends to use to expose the truth, his life becomes more dangerous. 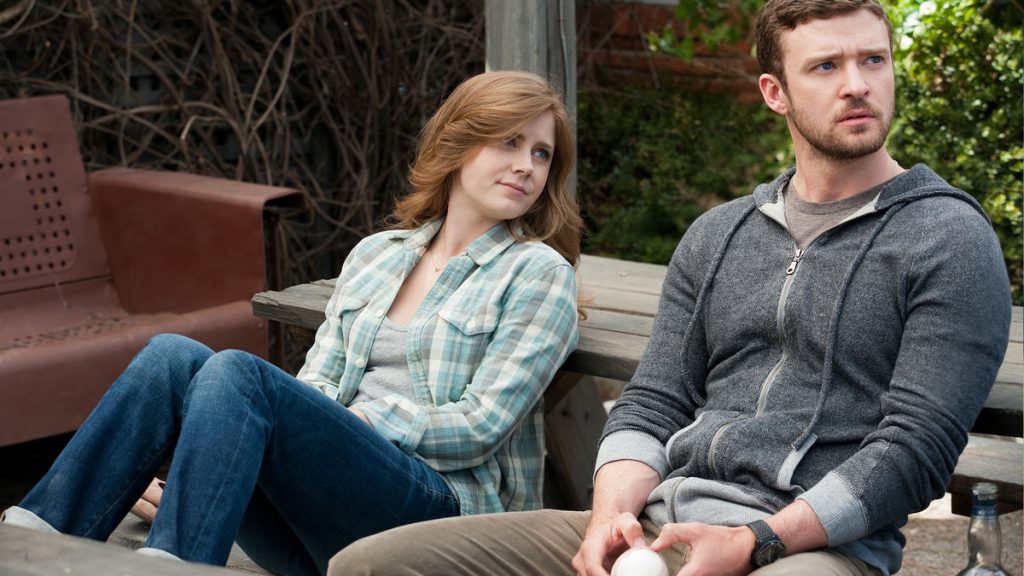 Trouble With The Curve

This is a domestic father-daughter drama, and here, Timberlake plays the role of former hot-shot pitcher buttons into a professional scout for the sake of the Boston Red Sox. It is a large story that features Clint Eastwood as Gus, an elderly MLB scout who asked his daughter Micky, played by Amy Adams, to join him on scouting. She goes against her wish and agrees to her father’s accompany and starts to mend their relationship, which can be said as a frayed relationship, too, along the way. When both of them, Gus and Mickey, encountered Johny Flanagan, played by Timberlake, the personal and professional get mixed up. You should not miss this movie and must have a watch it.

It would not be unfair if we call this movie acute and colorful adventure inspired by the dolls with tall hair that became popular in the 1960s at first. Some people say that it is not boring and some say that it gives you the answer to the question: What’s the nature of happiness? Parents can take the kids to watch this, and hopefully, they will enjoy few chuckles themselves. You can definitely give it a watch as it has songs which will surely make you enjoy it.

This is the second time he is voicing an animated role behind Shrek the Third; Timberlake played the character of Boo Boo on the big screen, which was an adaptation of Hanna’s Yogi Bear. It is a 3D animated film. A documentary filmmaker stumbles upon Yogi Bear, played by Dan Aykroyd and his best friend Boo Boo, in Jellystone Park. However, with attendance at a shallow point, Boo Boo, Yogi, and Ranger Smith, played by Tom Kavanaugh, have to come up with the plan with the motive to save the park before it goes under. Also, they’re forced to do this. 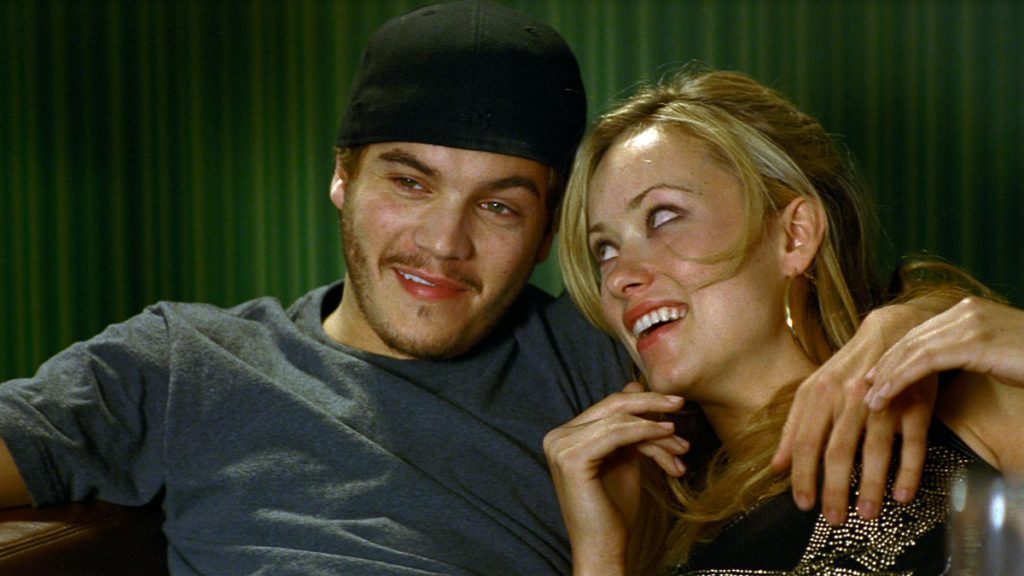 For Timberlake, 2006-07 was a breakout year on the big screen. Two months before the release of Black Snake Moan, he drew haw reviews for his Alpha Dog performance, which was a crime thriller. The director and the writer of this movie were Nick Cassavettes, and it follows a band of those criminals who swatch kidnapping. When a volatile street criminal named Jake, played by Ben Foster, manages to kidnap the little brother of his fellow gangster Johnny, he puts Franke, played by Timberlake, for looking after him. This plan backfires with the super-duper hyper-violent consequences. 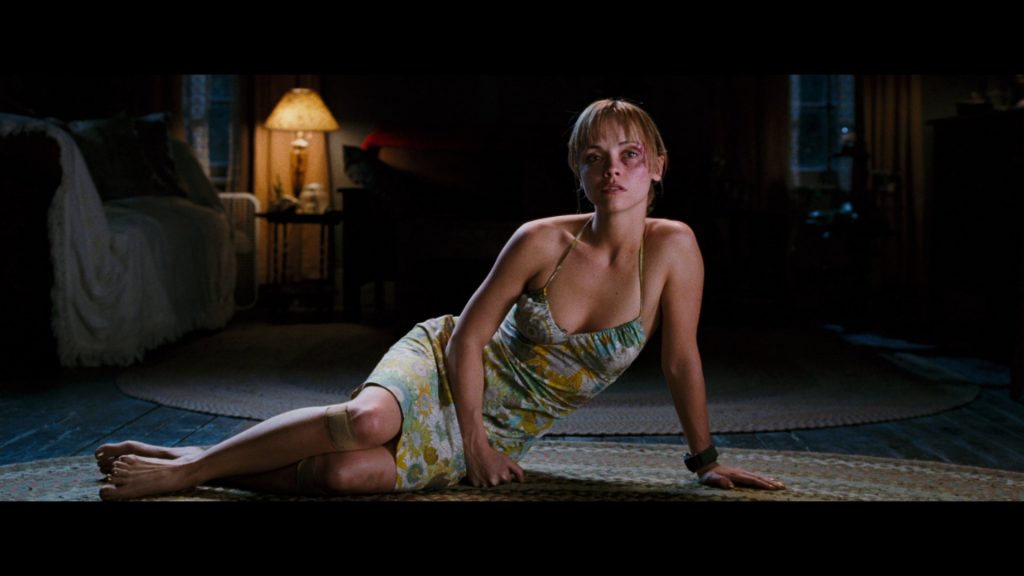 In a controversial drama of Craig Brewer, Ronnie’s character, who was against type, was played by Timberlake. He was in a role of a national guard soldier, which leads his girlfriend, Rae. Into a world full of abject hedonism because of his deployment. By the time Rae happened upon Lazarus, the rampant drug abuse and her nymphomaniacal habits were treated through therapeutic means, which was very strange. Lazarus was a religious blues musician in the Tennessee Backwoods. When Ronnie finds about the methods of Lazarus, he prepares for an act of exact fatal revenge. 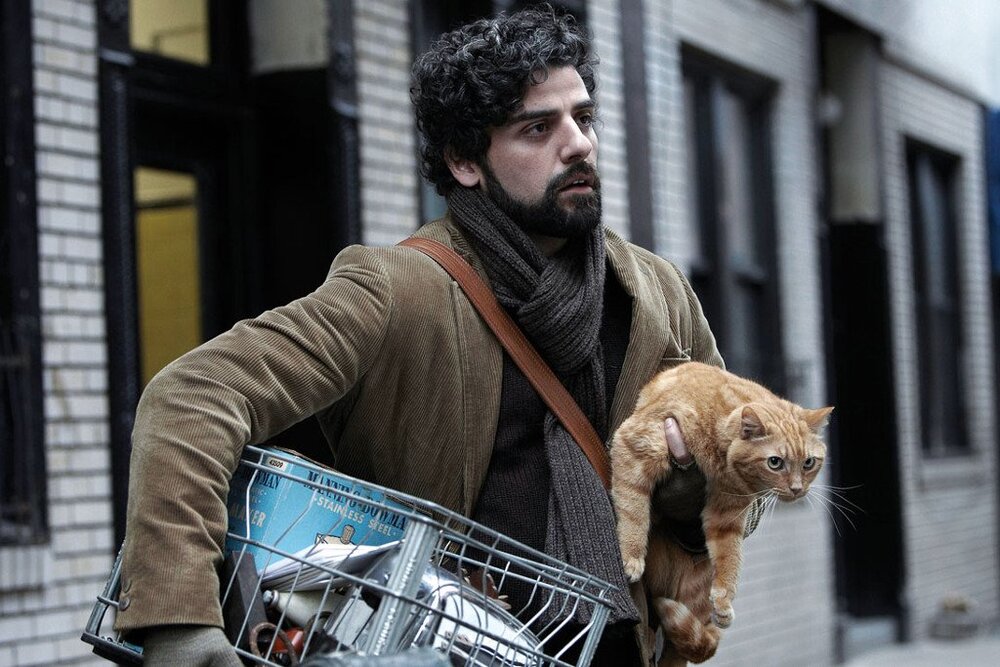 This 1960s set drama of Coen Brother is about a folk singer named Oscar Issac who is struggling to keep his two phases of life, i.e., personal and professional lives. In one of the movie’s best scenes, he plays the title of the friend of the musician, as they now record a super catchy song. It is about the space race with a weirdo’s deep voice (Adam Driver) in a cowboy hat.

Watch these Best Justin Timberlake Movies and give your reviews in the comment box.

READ MORE: Most Popular South Indian Movies To Watch In 2021