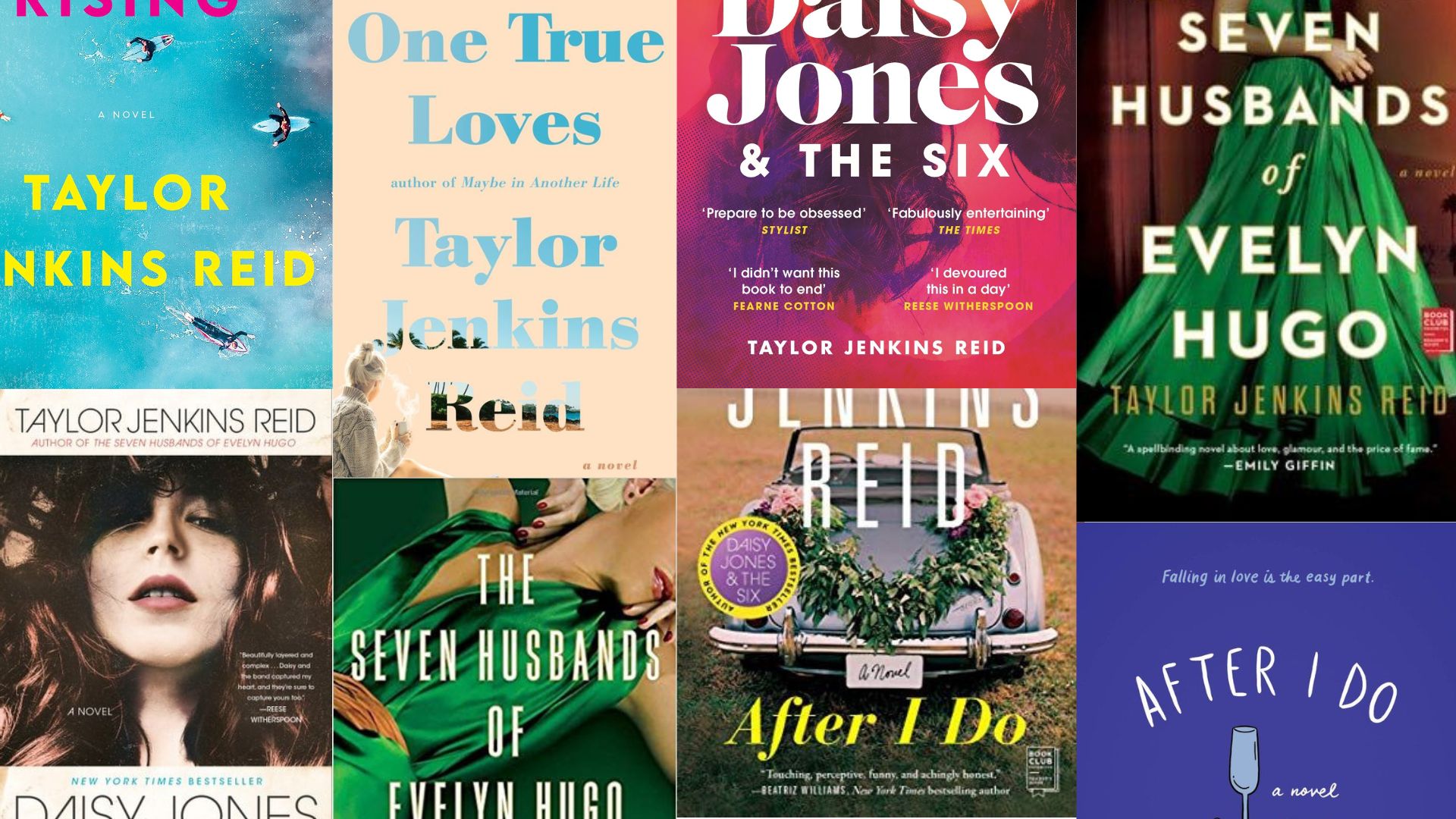 Taylor Jenkins Reid, one of the most famous American authors, has over five million copies of her books in print. Author of nine books, four of Taylor’s books are now getting adapted for the screens. The 38-year-old writer wrote her first book titled Forever, Interrupted, that got published in 2013. It also marked the beginning of her career as a published author.

The books she has written to date include Forever, Interrupted, After I Do, Maybe In Another Life, One True Loves, The Seven Husbands of Evelyn Hugo, Daisy Jones & The Six, Malibu Rising, and her latest book, Carrie Soto Is Back. She has written a short story as well, which is titled Evidence of The Affair. However, out of her nine books, she is popularly known for her book The Seven Husbands Of Evelyn Hugo.

Her books that are underway getting an adaptation are One True Loves, The Seven Husbands Of Evelyn Hugo, Daisy Jones & The Six, and Malibu Rising. None of the movies have a release date yet, and we are eagerly waiting for any information regarding when we will get to see our favorite books on screens.

Also Read: Where To Watch ‘The Seven Husbands of Evelyn Hugo’ Online?

The book was first published on 7th June 2016. It follows Emma Blair, who finds herself caught between two guys. Emma, a woman in her thirties, is now engaged to her old friend Sam. She is happy with him until she finds out that her former husband, who has been dead, is actually alive. Jesse, Emma’s dead husband, informs her that he is alive and that he has been trying all these years to find a way back to her. Now, with her high school sweetheart turned husband back in her life, a man that she loved and mourned, Emma must choose who she is and what she wants now. 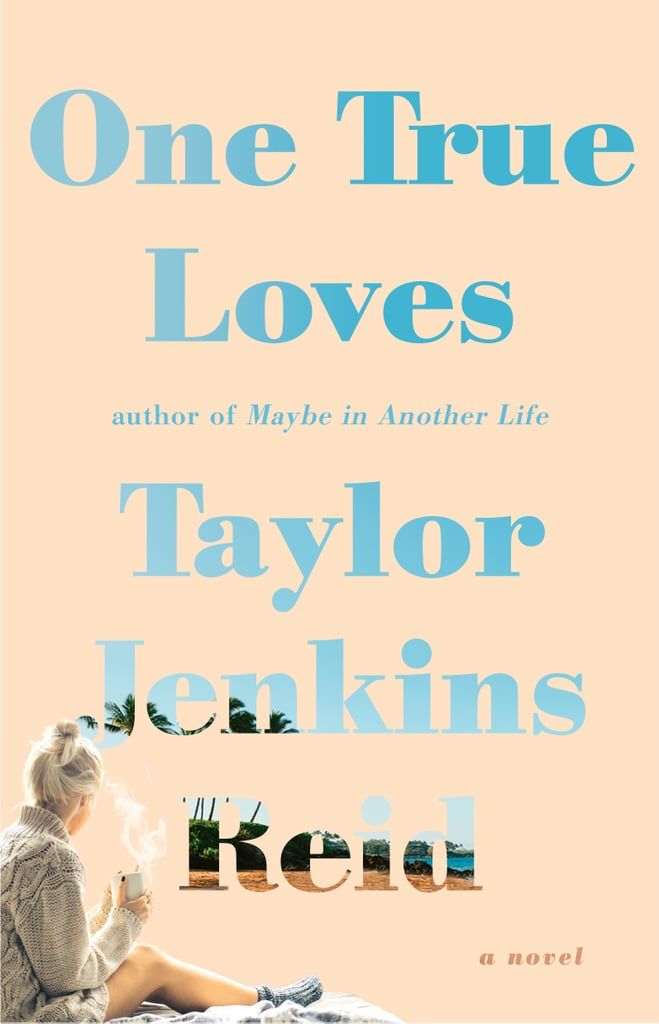 One True Loves is getting a film adaptation. The movie, directed by Andy Flickman, will star Phillipa Soo, Simu Liu, and Luke Bracey. The script of the movie is co-written by the author and her husband, Alex Jenkins Reid. Last year in November, at the American Film Market, a first-look image of the film was released. Apart from this, nothing has been disclosed yet.

The Seven Husbands Of Evelyn Hugo

This bestselling book was first published on 13th June 2017 and has become one of the popular novels that TJR is widely recognized for. The book revolves around Monique, who is given a chance to talk to and write about Evelyn Hugo, a Hollywood movie icon.

Evelyn is ready to tell her story: about how she made her way to Los Angeles to enter the ruthless film industry in the 1950s, why she left the show business in the ‘80s, and obviously, her seven husbands along the way. But, all the while, Monique can’t help but ask herself why was she given this chance, what’s so special about her? She has no clue as to why the famous star could have chosen her, but as Evelyn unravels the thread holding her own story, Monique will learn the truth about how her life intersects with Evelyn’s past. We personally would have loved to see Marilyn Monroe in the film, but sadly, that’s not possible. Although it has been revealed that the book is getting adapted for a feature film for Netflix by Liz Tigelaar, nothing about the cast or anything else has been confirmed yet. Netflix announced the news about the movie adaptation in March 2022, and there hasn’t been any news yet, much to our dismay. Actors play a huge role in movie adaptations, and we can’t wait anymore to see who will be our Evelyn, Celia, and of course, Harry.

In the 1970s, Daisy Jones & The Six was an iconic rock group before their split. Nobody knows why they split when they were at their peak until now. Daisy is a girl in LA in the late 60s, sneaking into clubs, and sleeping with rock stars while dreaming of singing at the Whisky A Go-Go. She loves the thrill of her life, but it’s the rock and roll she loves even more.

By the time Daisy is 20, her voice is getting noticed, and she has the kind of beauty that makes people do crazy things. The Six is a band led by the brooding Billy Dunne. On the eve of their first tour, Camila, Billy’s girlfriend, finds out she’s pregnant. With all the pressure of fame and impending fatherhood, Billy goes a little wild on his tour. A producer realizes that the key to success is to put these two people together, but what happens next will become the stuff of legend. 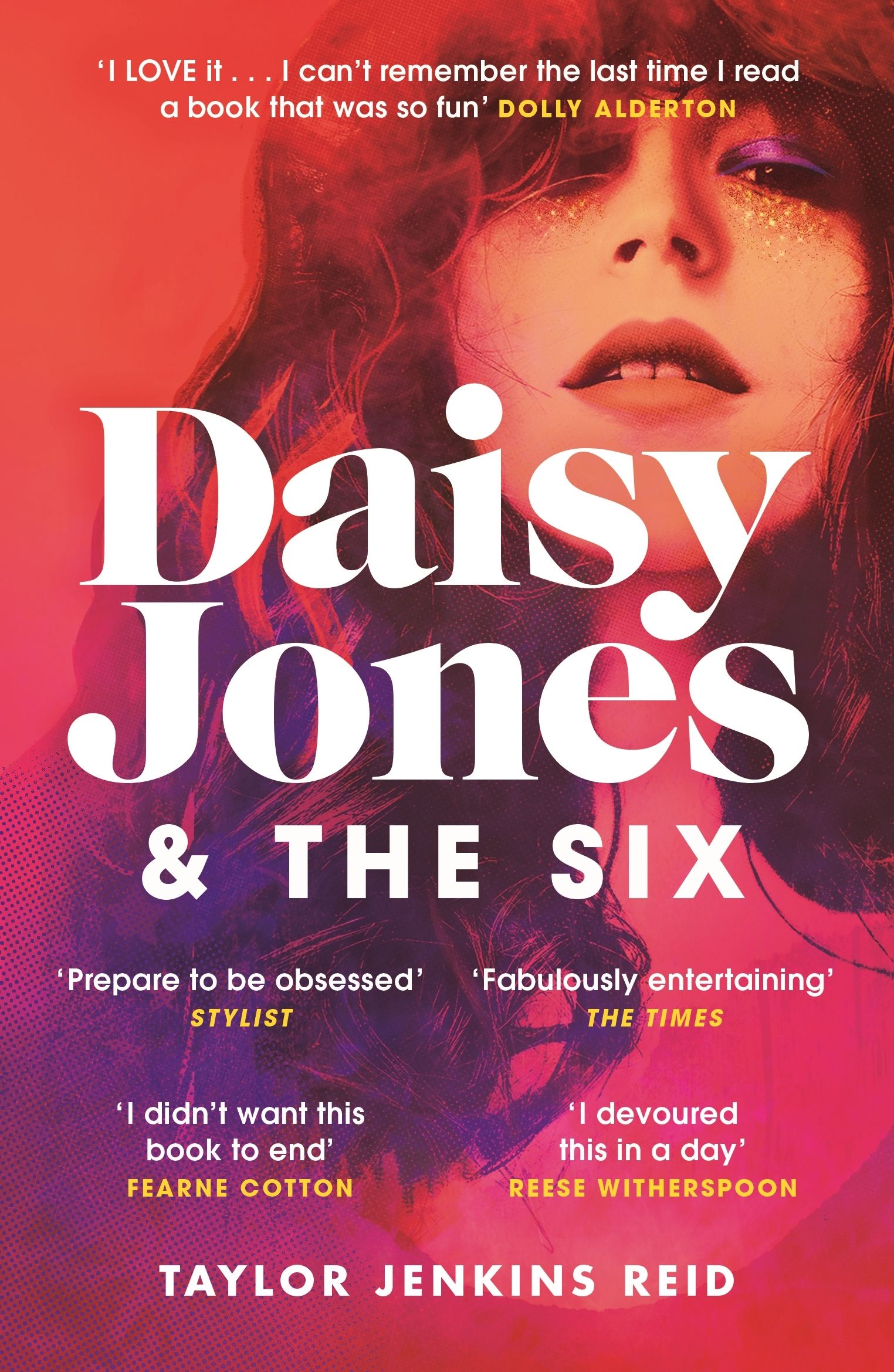 The book was released on 5th March 2019 but months ahead of its release, in mid-2018, Prime Video had already ordered a 13-episode series based on it.  The production of this 10-part documentary-style miniseries finally started in September 2021. Hello Sunshine, Reese Witherspoon’s Production Company will be producing the TV adaptation for Amazon.

Directed by Niki Caro, the series will star Riley Keough, Sam Claflin, Camila Morrone, Suki Waterhouse, Jose Whitehouse, and Timothy Olyphant in the main cast. The shooting of the series was wrapped up last spring. There is also news about the TV adaptation featuring original music, but nothing else has been announced. 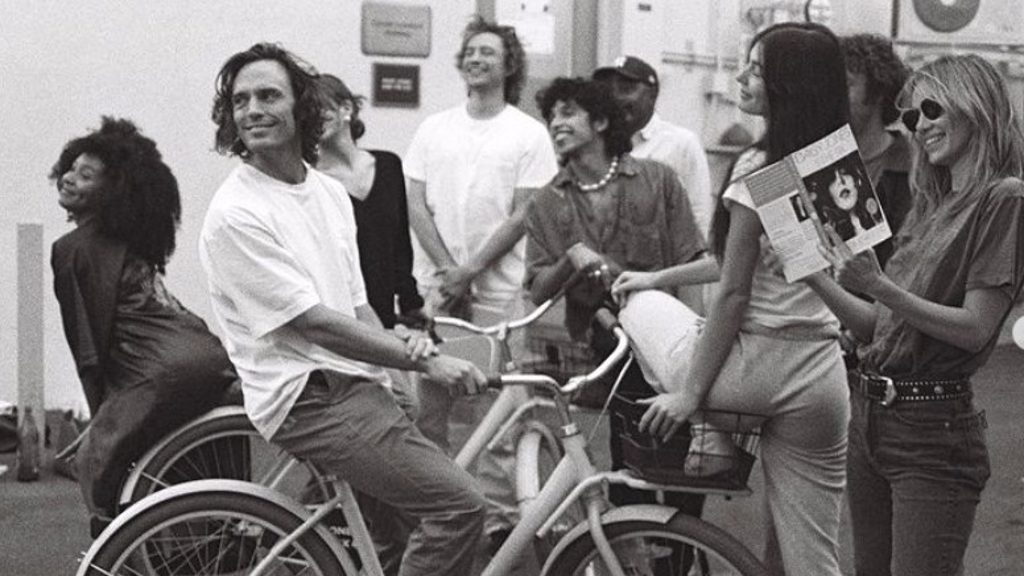 It was announced that the TV adaptation for Malibu Rising would be coming on Hulu with Reid serving as an executive producer on the show before this “perfect summer read” was even released. The book Malibu Rising follows the four famous Riva siblings: Nina, Kit, Jay, and Hud. It’s August 1983 in Malibu, and all four of them are ready to throw an epic party to celebrate the end of the summer. Everybody wants to be around these famous siblings, which means the party is the most anticipated event of the summer.

By midnight, the party has gone out of control, and by morning the Riva mansion will have gone up in flames. But in between those hours, secrets will be told, and choices will have to be made. The siblings must decide what they will keep from the people who made them and what they will leave behind. Malibu Rising was released last year, on 27th May 2021. 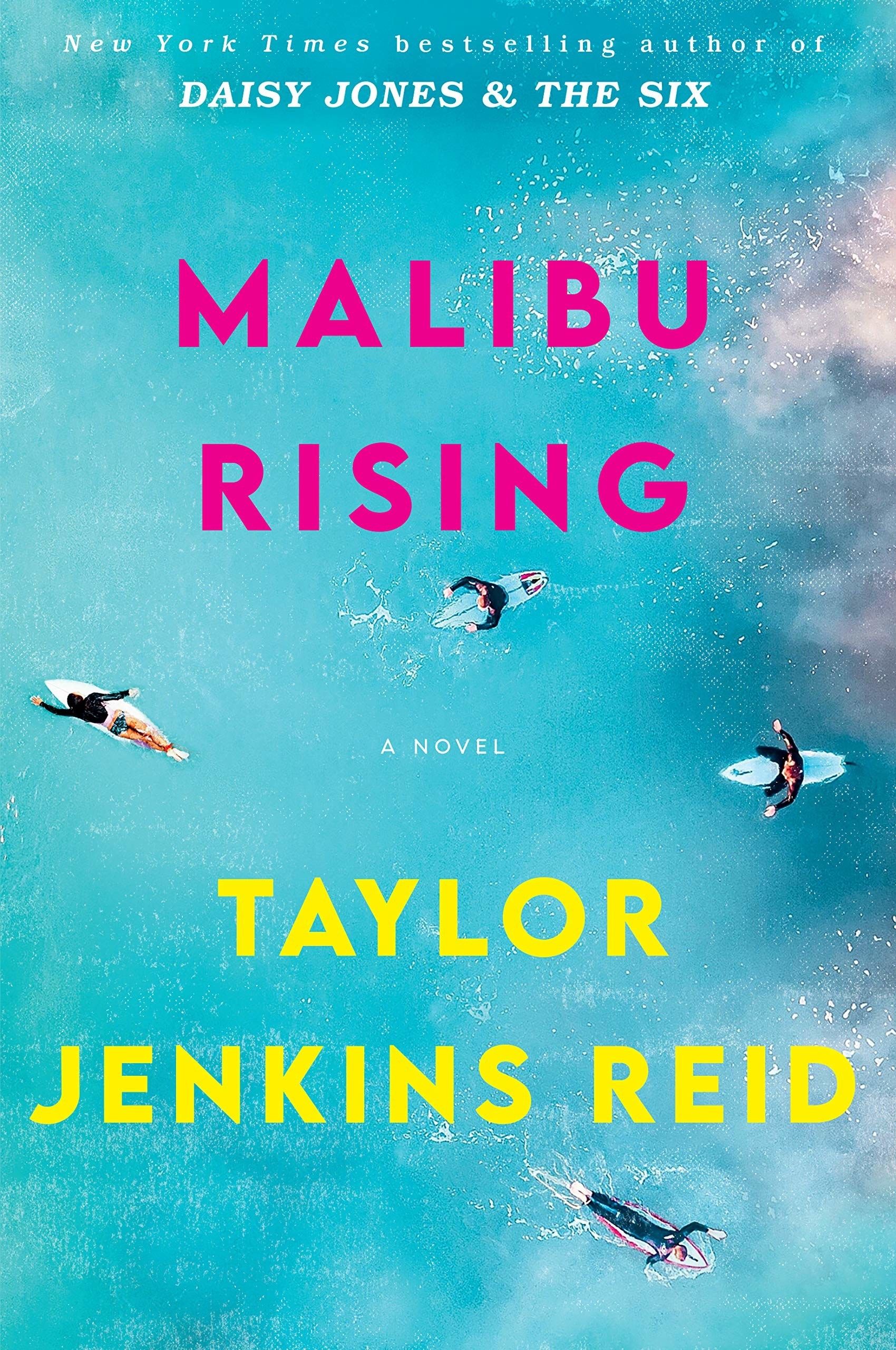 It looks like Taylor Jenkins Reid has a busy year ahead, and readers are waiting, growing impatient due to the lack of information about these adaptations. But we are certain we will be watching these characters and stories come to life really soon, and it will all be worth the wait.

Also Read: Movie Adaptations: 5 Films that are as Good as the Books