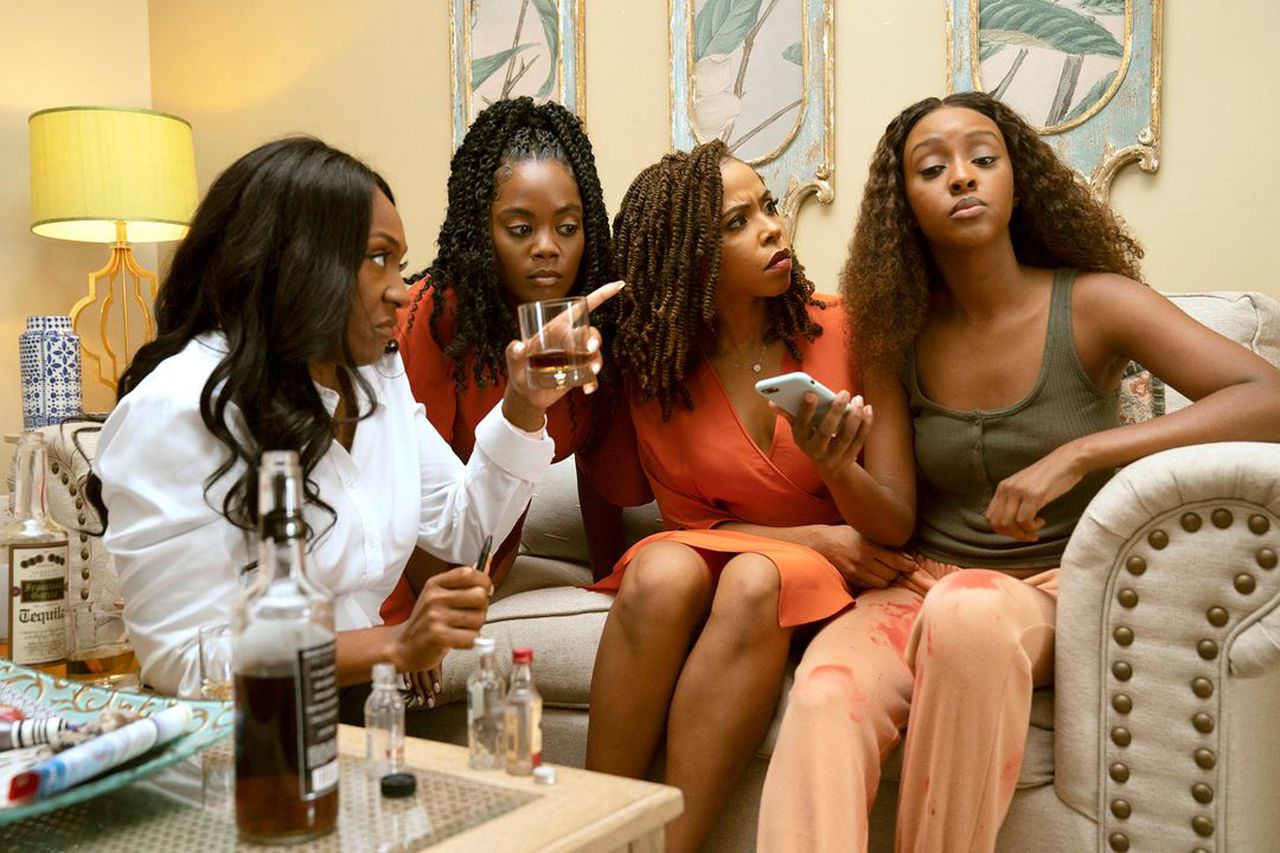 Sistas Season 5 Episode 7 release date is quite near. The series throws light on comedy as well as drama themes as we see four women in the lead who are trying to navigate their lives in the modern world. Back in Sistas Season 5 Episode 6, we saw that Andi is setting up a meeting with Angela and Madam, who are cousins of Fatima. But well, Madam knows the ulterior motive behind this strategy and straight up asks Andi about what she needs.

Other than that, through her conversation, it kind of becomes clear that Fatima has a very illegal past. Thus, Fatima tries to explain to Andi that she should not waste any time and get to the point exactly. Thus, he finally reveals how worried he is regarding Sabrina. Madam understands the situation and gives her the location out of her goodwill.

Later in the episode, we see that Deja is being very loud. She is blasting music in her room, and at the same time, Fatima, as well as her family, decides to pay her a visit. Also, we see that Deja has started to go off on Fatima, but Nadam comes in the middle to stop the chaos from ensuing. Turns out that she was actually kind of scared of Fatima and, thus, apologizes for the behavior. 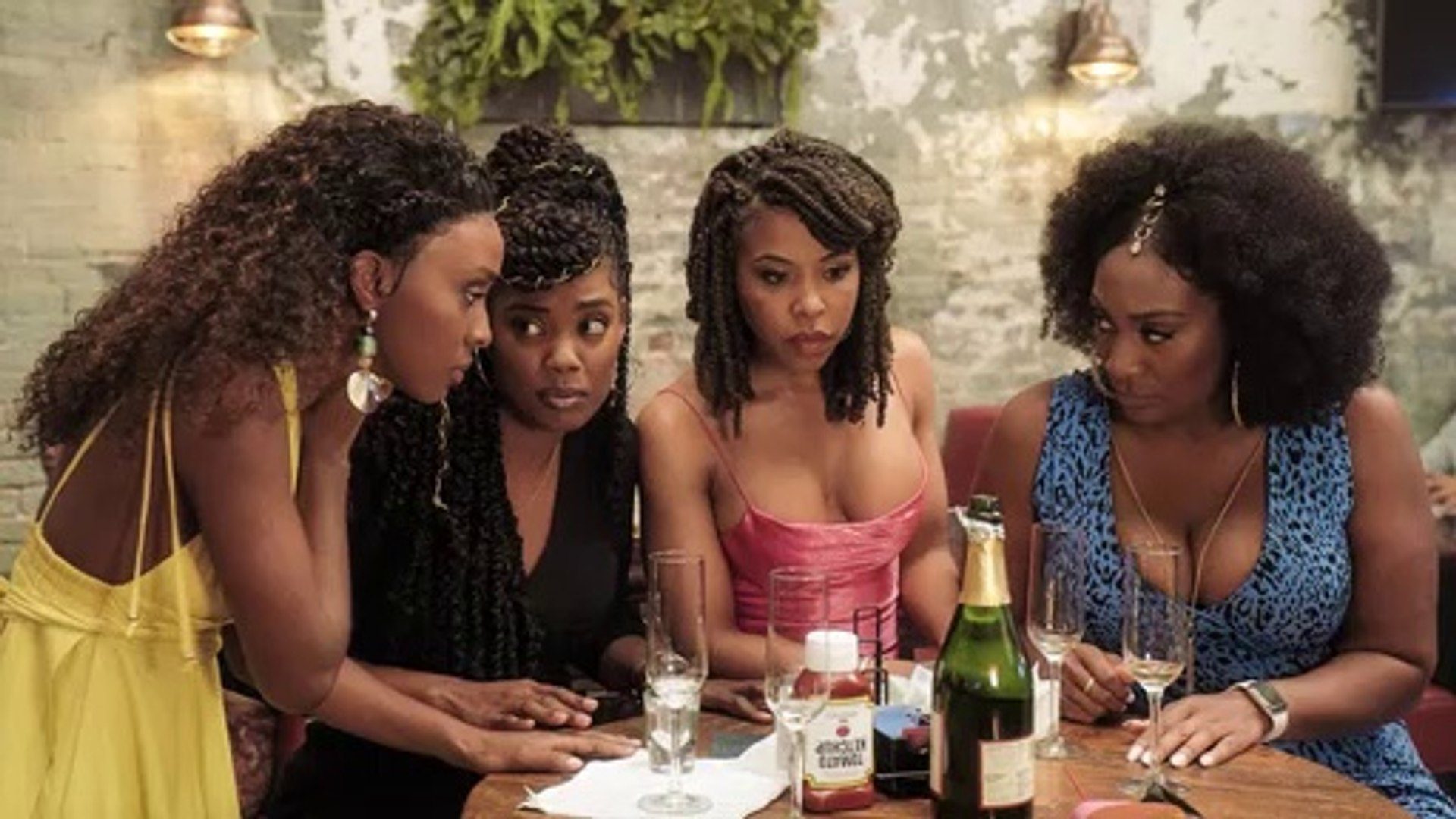 A still from Sistas Season 5

Now, the focus is all on Zac. He has gone over to Karen’s place but is trying to avoid the talk between them as much as possible. But well, Momma Lisa took care of this and literally got the boys in line and sit while Karen was trying to tell them something. At first, Karen talks about her plans for Aaron. She agrees that all this time, it was her who was using him and actually did not trust him at all.

Despite all of it, she actually admires how he has always been consistent towards her and cared for her a lot. Karen thanks him for all the feelings, which obviously Zac does not provide to her, but she is still attached to him. She wishes that she actually met Aaron before him. Aaron understands the whole situation, like a man, that Karen will never be the person he wants her to be.

But still, Aaron is willing to welcome her in her life with open arms if she ever feels the same way for him in the future. As for Zac, he is obviously getting way too emotional over it all. Everyone is crying but being mature about the situation at the same time. Well, Karen was finally ready to talk with Zac, but this was before she was stopped by a visitor.

Elsewhere, we see that Paris is back, and she is going to work as a janitor at the law office. We see that Boss Man Robin has a lot of questions about Andi. He also asks if Robin has ever taken her out, but he denies the same. Robin later calls Andi for the same thing, but she denies her approach. Paris then reveals the whole conversation about Robin to Andi, and both of them are curious about what it could be all about.

Sistas Season 5 Episode 7 release date is on the 23rd of November 2022. The episode is titled Ego Trip. It will drop out on BET at 9 PM Eastern Time. Fans can mark their calendars for Wednesdays because this is when the latest episodes of the series drop out every week.

How to Watch Sistas Season 5 Episode 7

Sistas Season 5 Episode 7 will air live on Bet. The day, date, and time are already provided above for the fans to check out before they hop on to the channel to watch it live. Other than that, the episodes will also be available through the official streaming service. It is called Bet Plus. Fans will need to have a valid ID and password in order to log in, or else they will have to buy a subscription plan by signing up.