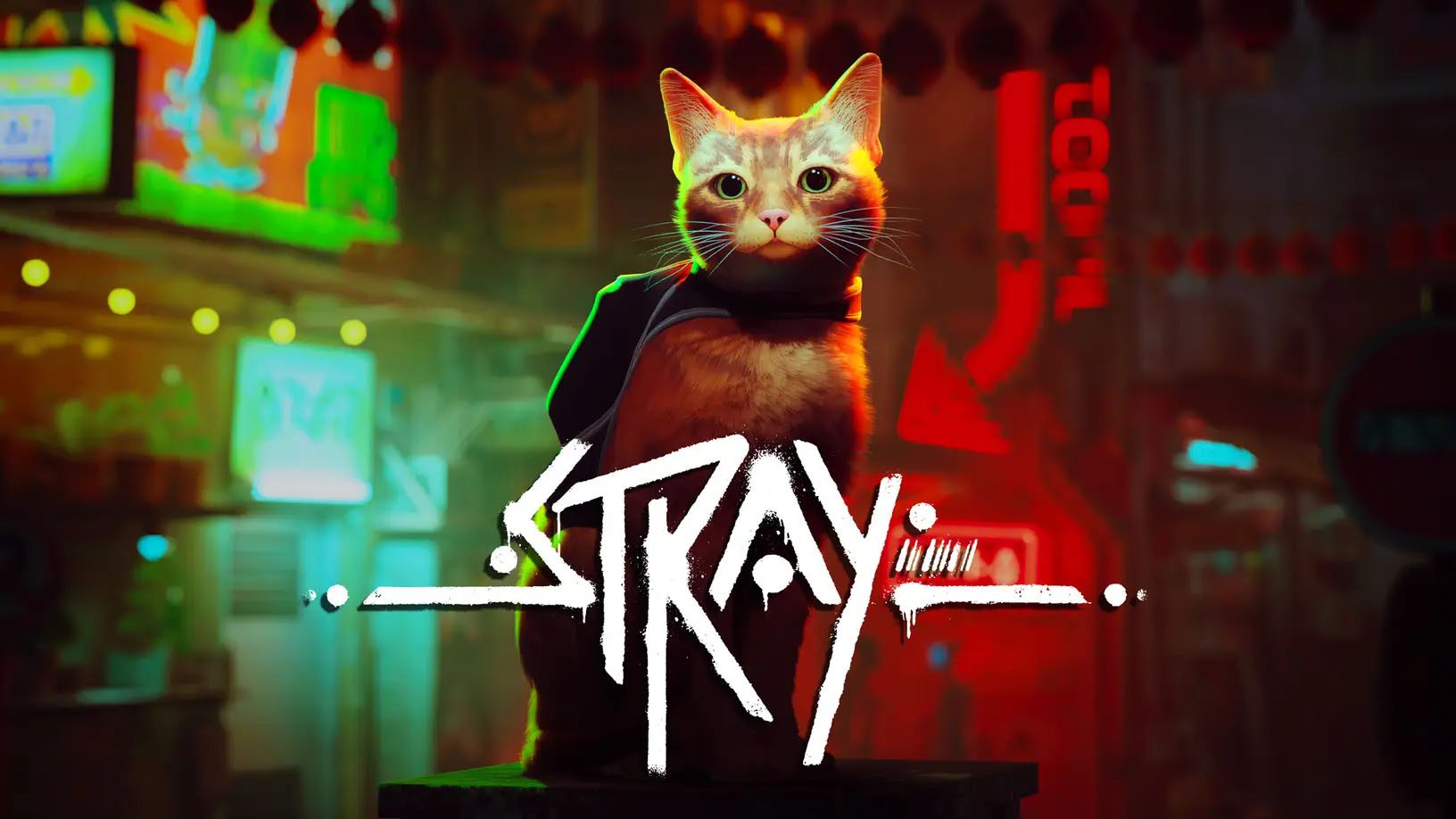 Let’s talk about the Stray Release Date, the trendy cat-centered game. When Sony debuted the PlayStation 5 at its Future of Gaming convention in 2020, one of the first games it showed off alongside the new platform was Stray, a beautiful indie game in which players take on the role of a reddish cat. The idea of a video game with cyberpunk themes in which the main character is a cat caught the imagination of many on the Internet right away. And now the long wait for the release of Stray is almost over.

Fans were treated to a magnificent gameplay trailer showcasing the game’s scenery, exploration, and more at the most recent PlayStation State of Play event. The trailer ended by announcing the release date for Stray, which will be playable on PC, PS4, and PS5. It was also announced that individuals who subscribed for the more premium PlayStation Plus levels will be able to play it right away for no additional cost.

Cats are the adorable goofballs of nature. They knock stuff off tables, climb risky heights, and do it all while appearing innocent & cute. During Thursday’s State of Play conference, Sony debuted a new video for BlueTwelve Studio’s upcoming title Stray, in which you play as a kitty pal in a collapsing cyberpunk world. The game Stray will be launched on On July 19 on the PS4, PS5, and PC. Running, jumping, and kiting tiny ratlike foes appear to be the main modes of action. B-12 is useful because it allows the cat to stand and fight against them. There’s some meowing as well. Because you’re a cat, that’s a good thing. 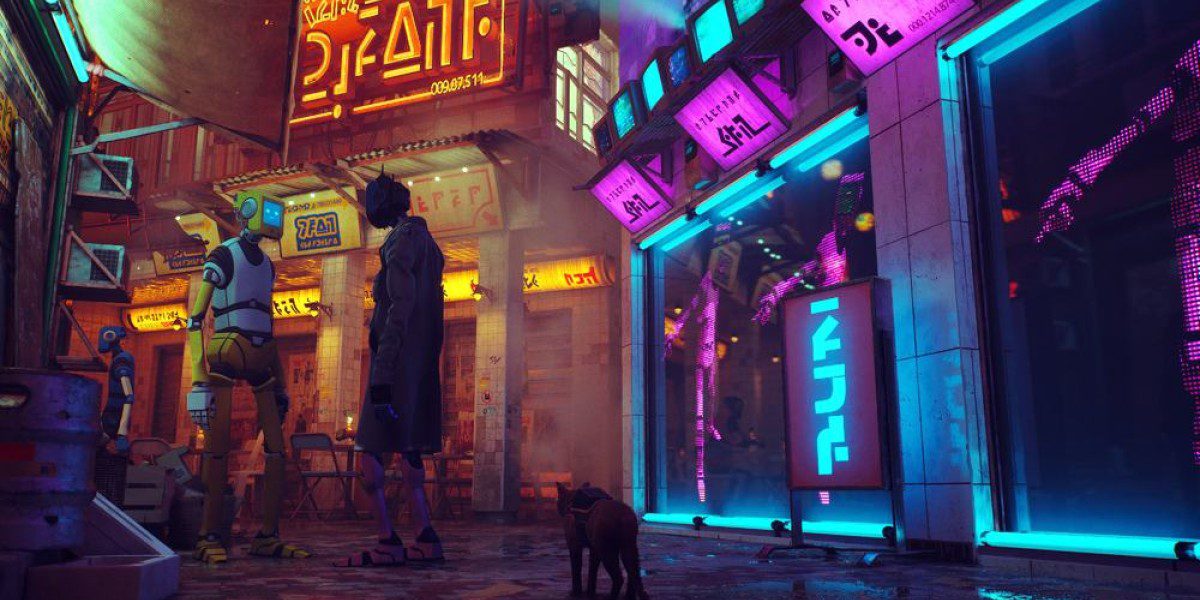 The State of Play introduction clip gives a bird’s-eye view of the game’s cyberpunk world. Our protagonist lopes around old subways, scales up residential complexes and walks across disused building sites, all while dodging the wrath of monsters that resemble rats but are considerably more terrifying. Humanoid people appear to have artificial screens for faces, hence humans are far few.

Last year, on July 29, a trailer was published that dives deeper into kitty activities. It stated that you use your “cat abilities to complete tasks and uncover secrets along the way.” Dropping barrels to jam window fans, rolling barrels off sills to smash glass, clawing at food machines, and doing a solid climby climb look, in action. The cat meets a small drone called B-12 and wears a wicked cool backpack gear with a screen because it’s a cyberpunk videogame.

The plot of Stray is quite straightforward. It’s about a cat who wakes up in a dystopian world ruled by robots and must find his way back to his family. The main character eventually encounters B12, a drone who assists him in translating the robot language as well as storing and using goods acquired all across the universe. There don’t appear to be any other cats around based on the trailer, but the robots don’t seem too bothered by the presence of a kitty among them. They have more pressing concerns, such as the terrifying face-hugger-like enemies known as the Zurks.

You play as a cat in Stray, which may not sound as interesting as your typical AAA high-standard game, but it is unquestionably cuter. Explore, climb, and solve riddles your way through a futuristic city in this third-person adventure story. You’ll be able to use certain things and even protect yourself against the gangs of Zurks that will target you if you discover B12.

Your only other choice, other than utilizing B12 to fight yourself, is to flee or shrug them off when they attack. Thanks to B12’s translators, it appears that the player will have plenty of opportunities for engagement. The cat gave a piece of sheet music to a street musician in the trailer, and the robot began playing music on its violin while the main character snoozed on a pillow. 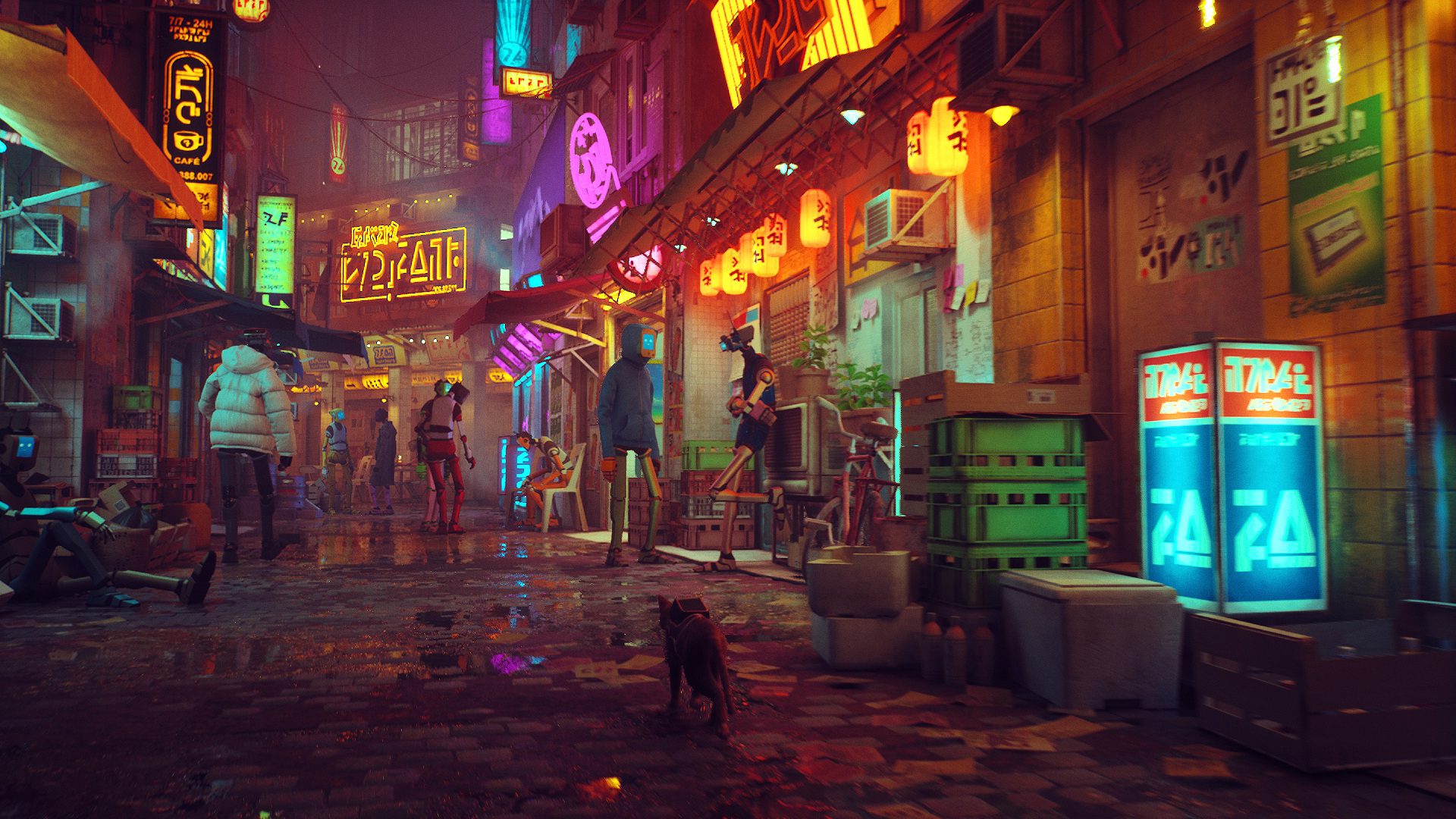 From what we’ve witnessed, I wouldn’t call Stray a “platforming” videogame, and that’s because there’s no skill involved. All you have to do is click the suggested button and you’re done. There is a number of advantages and disadvantages to this. One advantage is that it makes the cat’s leaps appear graceful, as they should. The disadvantage is that it deprives the gamer of a potential gaming aspect. Stray, on the other hand, is more of an adventure puzzler than a platformer. I’m anxious because Stray doesn’t appear to be extremely challenging, so I’m hoping those Zurk chase parts are as thrilling as they appear.

Stray will be available for PlayStation 4 and PlayStation 5 as well as Windows PC. Stray is coming to PC, which is fantastic. Unfortunately, we don’t have any suggested system requirements at the moment, but Stray does have a Steam page, so we expect it to be updated soon. In terms of specs, I’m guessing that the finest yet cheap budget gaming laptops will be more than enough of handling Stray. It doesn’t appear to be graphically demanding. That’s not to say it doesn’t look excellent; the art design is beautiful, but I don’t think it’ll ever require a tank to run.