Let us find out when will The Real Housewives of Potomac Season 7 Episode 8 released. The drama-filled season 7 premiere of The Real Housewives of Potomac marked the show’s return, and fans are already wildly anticipating what’s to come! Four of the original homemakers, who have been on the show since season 1, are returning in the newest season, much to the delight of fans. To the original members, we now have Candiace Dillard Bassett, Wendy Osefo, and Mia Thornton.

However, RHOP is now a great fan favorite, and people have been impatiently waiting for its return. The release date of the most recent episode of the series is a topic of much fan curiosity. We will learn more about the program in this piece, enabling us to respond to the frequently asked question: When will the eighth episode of season seven of The Real Housewives of Potomac air? We’ll also examine the last episode’s plot and streaming schedule.

Also Read: How to Watch The Real Housewives of Potomac Season 7?

Real Housewives of Potomac Season 7 Episode 8 will release on November 27, 2022. Queen versus. Queen is the name of the episode. At 8 PM Eastern Time, it will air on Bravo. Viewers can watch a brand-new episode of this reality TV show on Sundays.

Recap Of The Real Housewives of Potomac Season 7

The Darbys may separate, but Ashley’s account isn’t entirely credible; Wendy investigates a new project; Mia’s ambiguous social media activity is dubious; At a spring fling celebration of life party that Karen hosts, some of the women are called out on their lies.

Ashley, feeling liberated, hosts a sexy dance class for the ladies; Gizelle makes a bombshell allegation; When the ladies make a shocking charge, Karen’s springtime romance ends in a lot of turmoil, and Mia faces more than just a health concern.

Gizelle’s accusations against Chris infuriate Candiace; When it comes to Mia’s alleged health scare, Robyn loses her temper with Wendy and calls her a liar; When Robyn requests a prenup from Juan, things don’t turn out as expected. 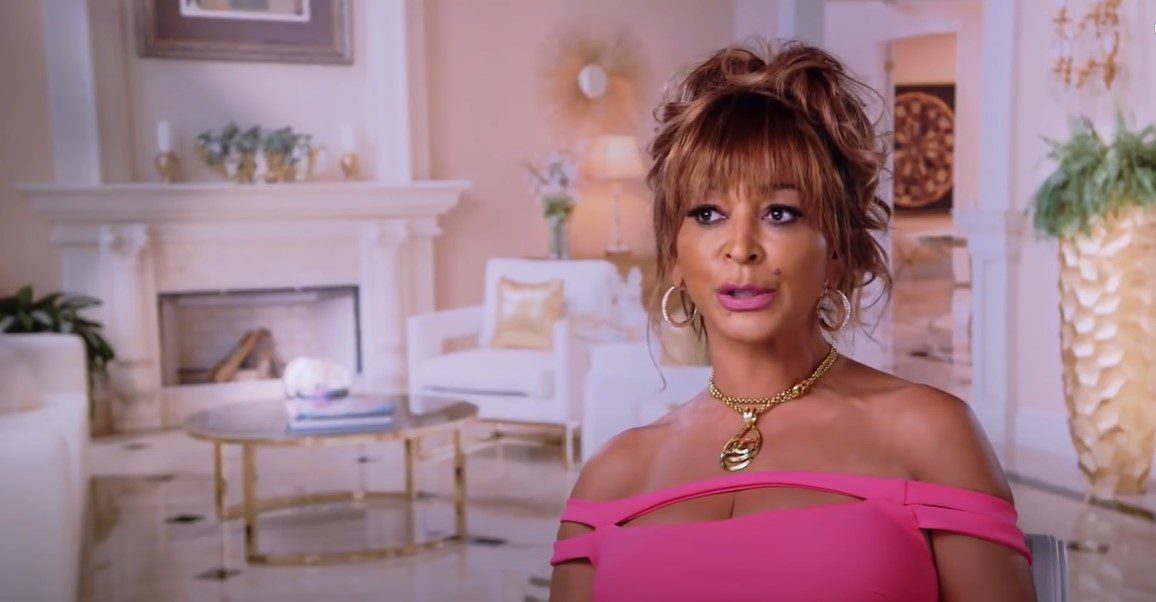 Recap Of The Real Housewives of Potomac Season 7

Gizelle & Mia are unimpressed by Robyn’s hosting abilities; Karen becomes ill without warning when she sees Charrisse. Robyn invites everyone and their kids to a family fun day but leaves out one of the females.

Ashley visits Candiace after news of her divorce is leaked to the media to fortify their growing friendship. Hot rumors are served, as expected. The girls and Gizelle discuss the twins’ upcoming sweet 16 parties in detail. Robyn consults a lawyer about her prenuptial agreement. Wendy attempts to mend her relationship with a few women by inviting them to a winery for a “burn session,” but the entire gathering goes awry.

Gizelle tries apologizing to Candiace, but her efforts are met with resistance. The Burn Session continues, and Candiace confronts Ashley by revealing a bombshell rumor.

The girls’ getaway continues as they go out to dinner and notice a lot of meat on the menu. The birthday girl Karen continues to dodge inquiries regarding her acquaintance with Charrisse.

The Real Housewives of Potomac, commonly abbreviated as RHOP, made its broadcast debut on Bravo on January 17, 2016. It contains six seasons of broadcasts and focuses on the personal & professional lives of numerous women who live in and around Potomac, Maryland.

The Real Housewives of Potomac’s premiere episode was seen by 2.54 million people overall and received a 1.2 rating among adults 18-49. The reality series has mainly received positive reviews from television critics.

How Can I Watch Episode 8 of The Real Housewives of Potomac Season 7?

Peacock TV users can conveniently view the most recent and older seasons’ worth of episodes of their favorite shows. The program can also be watched on other over-the-top (OTT) services besides Peacock, including Amazon Prime Videos and Vudu. However, you will need an active subscription to see the show.

How Can I Watch Episode 8 of The Real Housewives of Potomac Season 7?

Free, premium, and premium Plus are the three types of paid subscriptions that Peacock offers. Contrary to what its name might imply, Peacock Free is an application that gives you a lot of adverts but doesn’t cost you anything.

The most expensive tier is Peacock Premium, which costs $4.99 per month and gives users access to all of the streaming service’s content. You can purchase Peacock Premium + for $9.99 per month, which offers you everything the Premium model does without any advertisements.