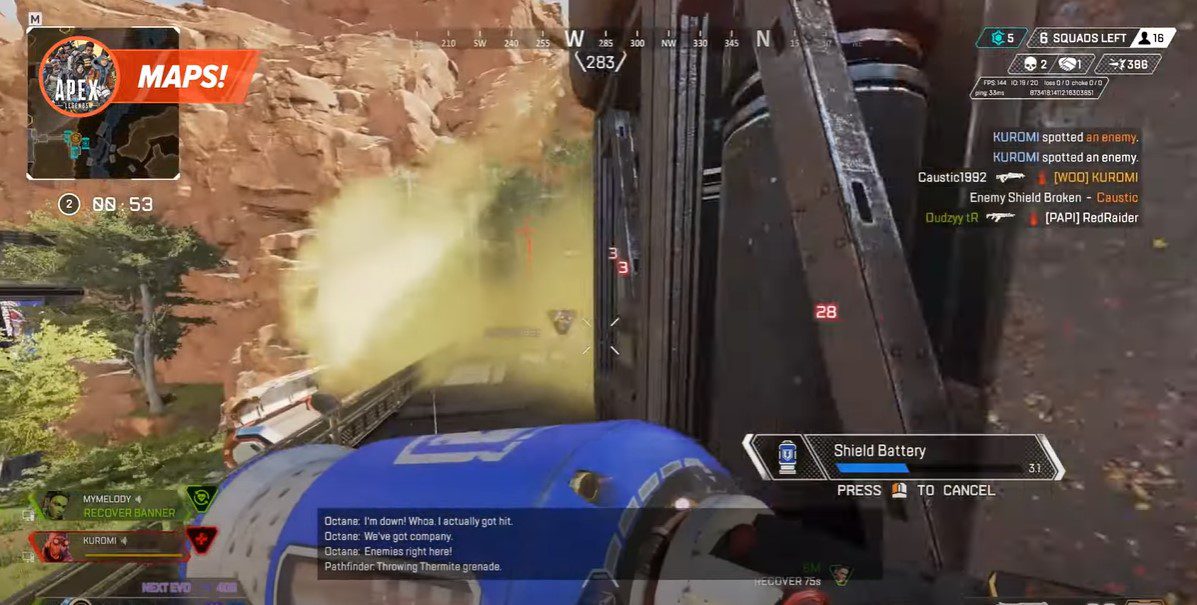 The battle royale game Apex Legends has already been going strong for a few years now, and since it releases a new season once every three months, we are launching headfirst into an entirely new season. Apex Legends Season 15 is expected to be a great hit with all the new updates in sight, and it’s going to include a brand-new Legend, the standard adjustments to the weapons, and a brand-new map, which is the most interesting experience of the whole package.

Many fans and gamers are curious about when will the latest season of Apex released and what’s in this new update. In this article, we will learn more about the game and, therefore, will look into the game’s release date and latest updates in season 15.

Apex Legends is a battle royale-hero multiplayer fps that was created by Respawn Entertainment & released by Electronic Arts. The game is completely free to play. It was made available for Windows, Ps4 4, as well as Xbox One in Feb of 2019, while Nintendo Switch had to wait until March 2021, and Ps5 and Xbox Series X/S had to wait until March 2022.

The Titanfall video game series is developed and published by Respawn Entertainment, and Apex Legends takes place within the same sci-fi universe as those games. Several characters from those games make cameo appearances in Apex Legends, either as side characters or as playable Legends.

It is planned for each new season to coincide with the launch of a new featured player, as well as the introduction of typically new weapons and cosmetic items that can be purchased. Furthermore, to the content that is included with each season, Apex Legends also has events that are time-bound. These events allow players to obtain one-of-a-kind cosmetics with a limited availability period and a theme related to the event by playing the game.

When will Apex Legends Season 15 be released?

What’s in this New Season?

Catalyst is going to be the name of the new Legend that will be available in Apex Legends’ latest season. The first trans character to appear in the game, Catalyst is a “terraformer and defensive conjurer,” according to the game’s description. The new map for Season 15 of Apex Legends is called Broken Moon, and its dimensions are comparable to those of World’s Edge. They offer a diverse selection of area sizes thanks to their 16 POIs.

A few of them are now almost twice as big as the typical point of interest size. Within the game world, there is a network of zip rails that connects different locations. These rails make it possible to move around the map and transition between areas quickly and efficiently.

Despite this, you will be extremely vulnerable if you choose to go this route. Additionally, the structure of the map consists of a mixture of arid landscapes, terraformed surroundings, and industrial complexes in which players can engage in combat.

What are the Abilities of Catalyst?

The abilities of the Catalyst revolve around its capacity to blind, slow, as well as possibly even damage opposing players and monsters. She builds defense mechanisms, obstacles to block routes, and other things using ferrofluid. Ferrofluid can be utilized by Catalyst in the construction of doors as well as their reinforcement. The destruction of these doors will require twice as much time.

Nevertheless, she and her squad will be able to get through them. In addition to that, she is able to reinforce both of the doors in the house at the same time. Catalyst spreads a thin coating of ferrofluid on the ground, which, when stepped on by an opponent, transforms into spikes. Piercing Spikes tends to slow and affects enemies.

It also possesses a unique property that requires anyone who intends to destroy it to do so while they are in close proximity to it. The use of a Catalyst will call forth a wall that will section off an area. Any enemy that attempts to move through it will be partially blinded as well as slowed down. Additionally, it thwarts scanning abilities such as the Ultimate Seer.