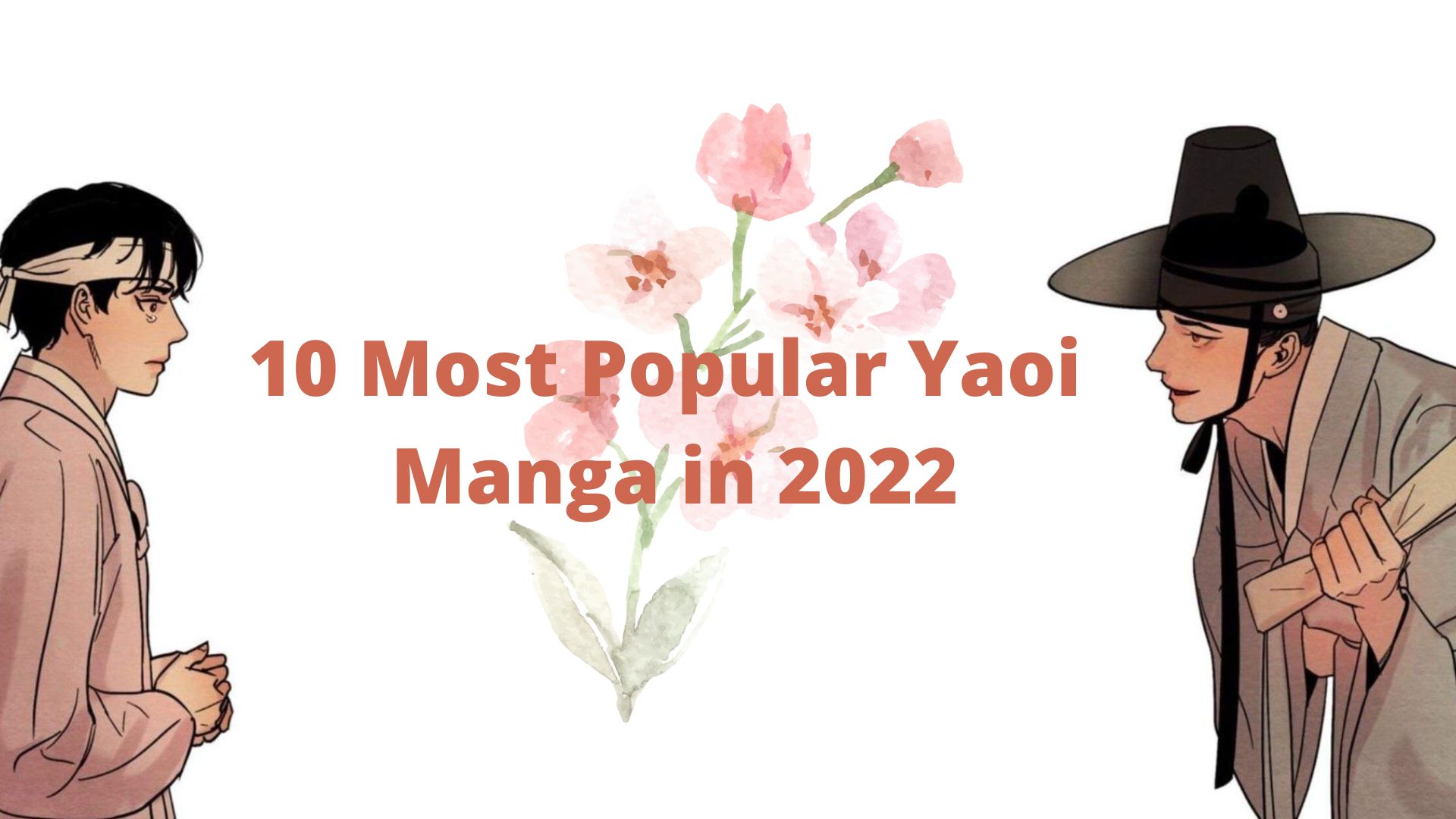 Just like anime manga are getting really famous among people. People nowadays are investing more and more in mangas. So that they can know about the upcoming plot twists and new characters. Anime has various distinguishing genres. Similarly, manga has them too. Today we will talk about one such genre, Yaoi. This article will cover the 10 Most Popular Yaoi Manga of 2022.

Yaoi is a Japanese fictional media genre that involves non – heterosexual romances between male characters. It is generally women who generate it for women, as opposed to homoerotic media targeted at gay men but it does appeal to a male demographic and can be developed by men. “Boys’ love” and “BL” are generic terms for this type of media in Japan and much of Asi. While some enthusiasts and broadcasters in the West use the terms, Englishmen usually prefer the term Yaoi.

This genre is really in the limelight. This is so because it supports the LGBTQI community. This is a very unique way to support the movement. It really generates respect for the gay community in a rather creative manner. People are loving the different dynamics it brings. This is not new to the Japanese dating culture. However, it does bring a fresh twist and turn to it. Making it even better and amazing. 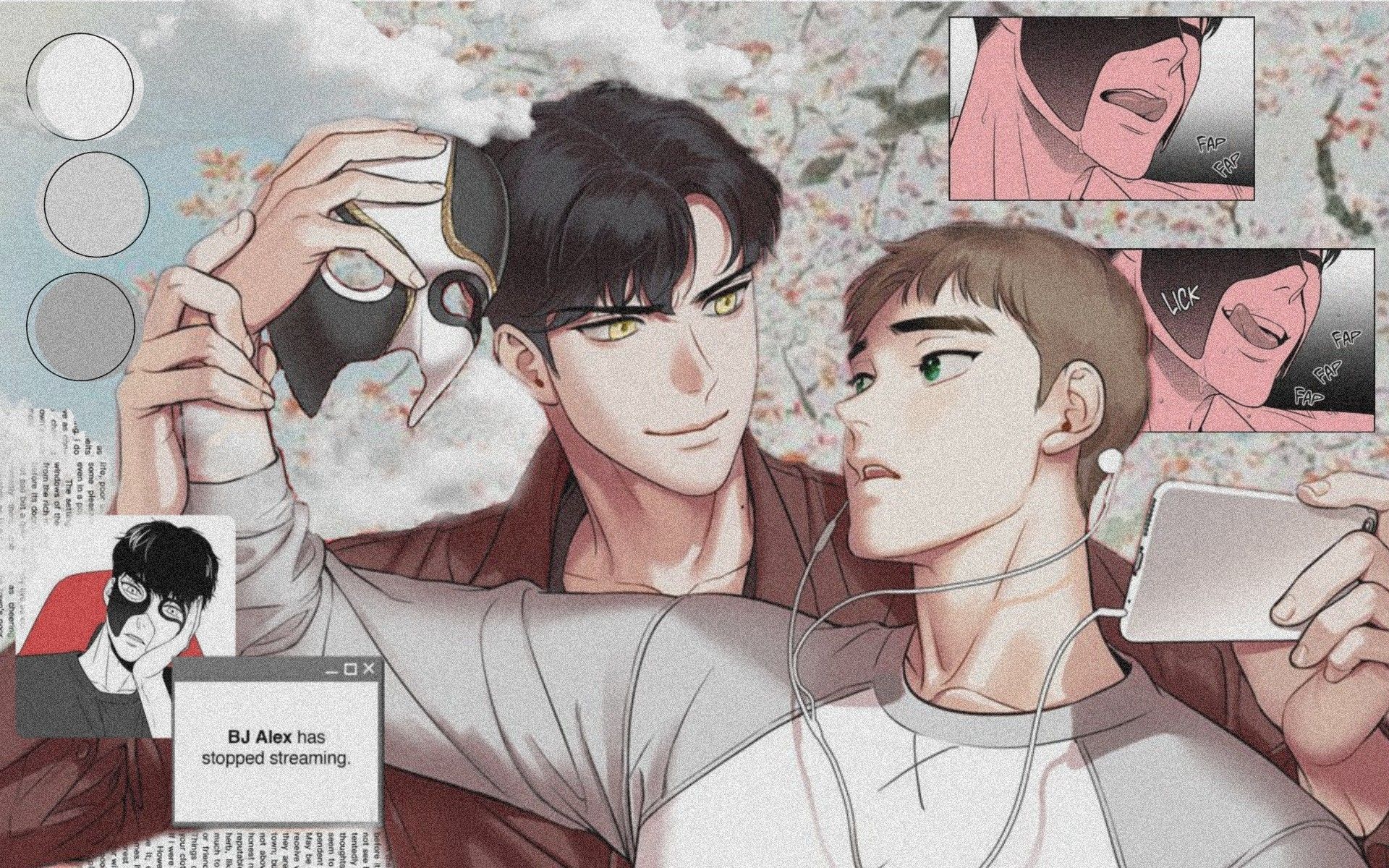 The following list contains the 10 Most Popular Yaoi Manga in 2022. All of these are irresistible and totally worth your money and time. You won’t even know when you will get immersed in them. They will keep you hooked every second of every day. If you are a BL fan, these are totally your grabs.

Hana Nomi Zo Shiru is a three-volume manga that debuted in 2009. The series is about Youichi Arikawa and Shouta Misaki meeting by chance. Arikawa’s eyesight is poor. He couldn’t see Misaki well the very first two times. Despite having a poor vision, he had romantic dreams in which Misaki was the main character. Moreover, he becomes obsessed with him. Finally, they meet for the third time. This time Arikawa is wearing his spectacles and proves his identity. Arikawa gradually gains confidence and confesses his feelings to Misaki. Are you curious as to what his response will be? Read on Webtoon to learn more. 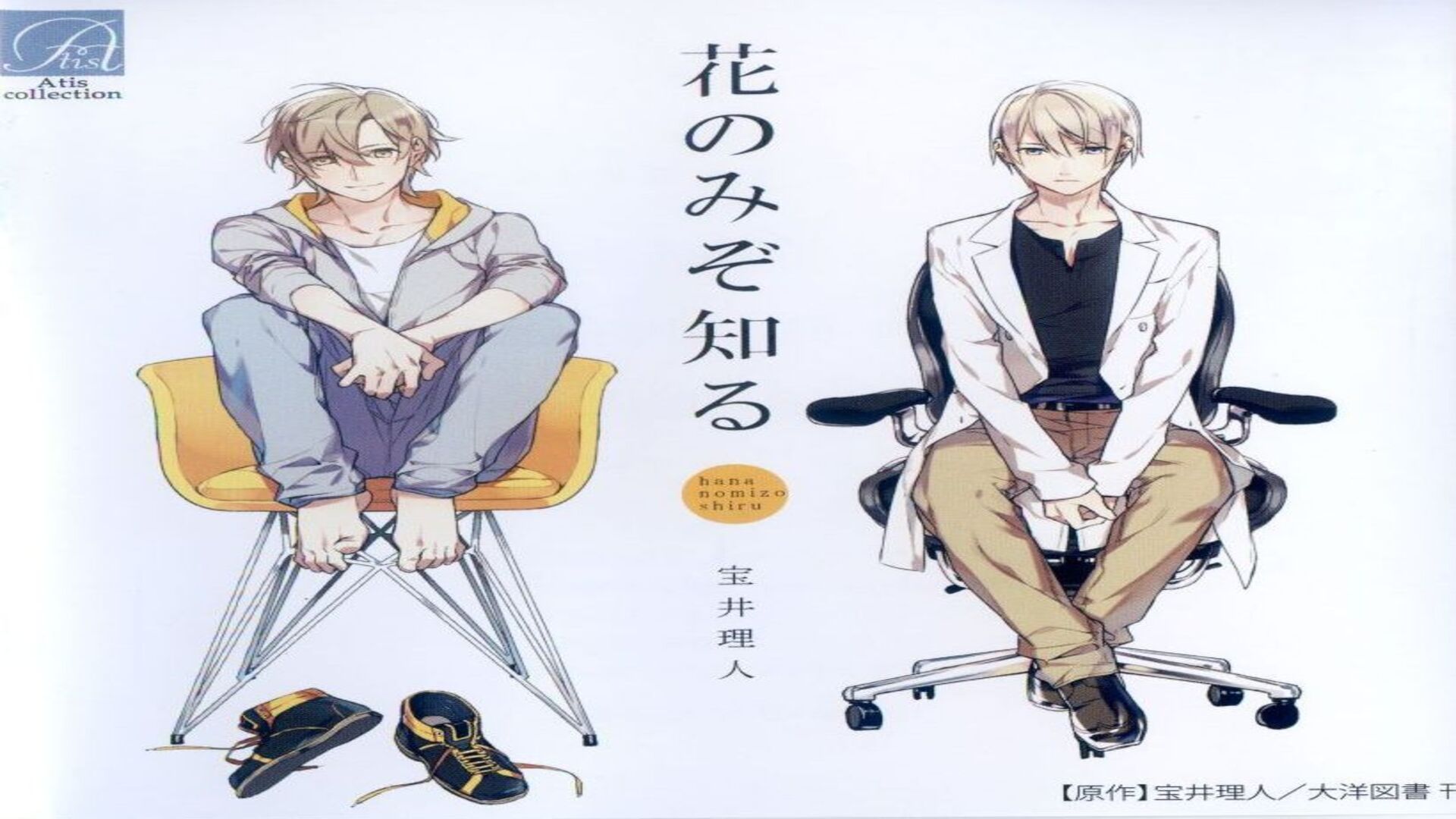 The following manga on our list, however, is somewhat reminiscent of Death Note. It centers around two individuals chasing each other. This pursuit takes us further than we could think. The series follows an extraordinary photographer who goes to great lengths to reveal wrongdoings. As well as his encounter with a powerful businessman. Ryuichi Asami is an excellent businessman with a large reputation in the market. Akihito Takaba is renowned for his incredible photographic performance. He is, nonetheless, the mastermind behind all unlawful actions. When they clash, the scenario becomes complicated, and a cat and mouse chase ensues. 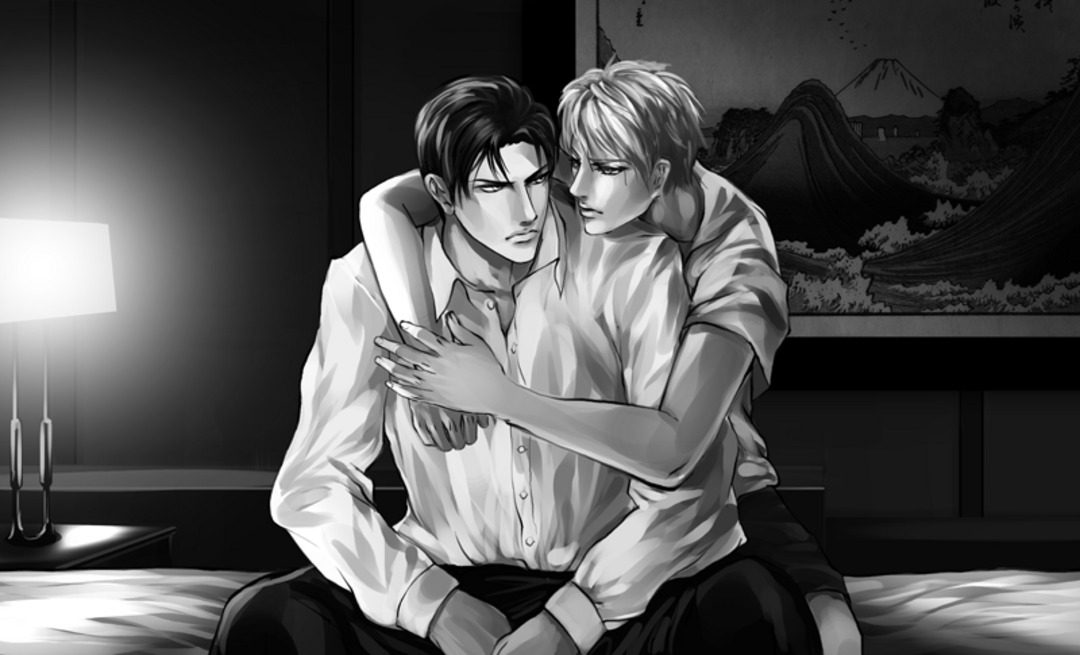 Sorenari ni shinken Nan desu is a two-volume manga that first debuted in 2008. The plot revolves around Oosawa, the father of an only girl who has a string of boyfriends. He used to go to Yoshioka’s shop on a regular basis. As a result, Yoshioka is aware of Oosawa’s nature. While his responsibility is called into question when her child is in danger, Yoshioka appears out of nowhere. Moreover, saves the day. What were Yoshioma’s motivations for doing so? Side by side, an invisible romance is blossoming. With its story and characters, this manga has the potential to make you cry. What makes it so great is the amazing relationship among the cast. 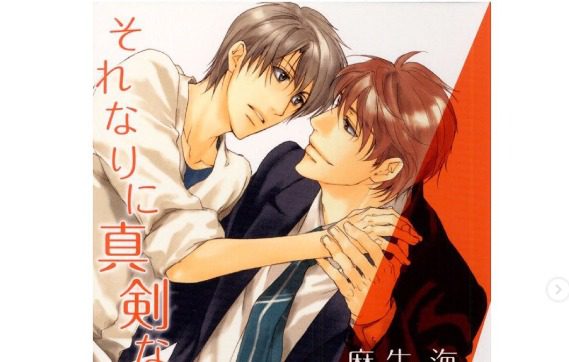 The White Line Game is a game in which both participants assist one another for their personal advantage. As time passes, however, Itou becomes dissatisfied with the reality that he only encounters Yuuki for the game. He becomes so enraged that he decides to feed Yuuki to the shark. Itou now believes Yuuki despises him, but this is not the case. The lack of Itou is what Yuuki is most concerned about. This romantic relationship, which began as a game, is about to take on new dimensions. This is a manga that will explain to you the value of the people in your life. You may be self-sufficient right now, but as time passes, your want for people will grow. 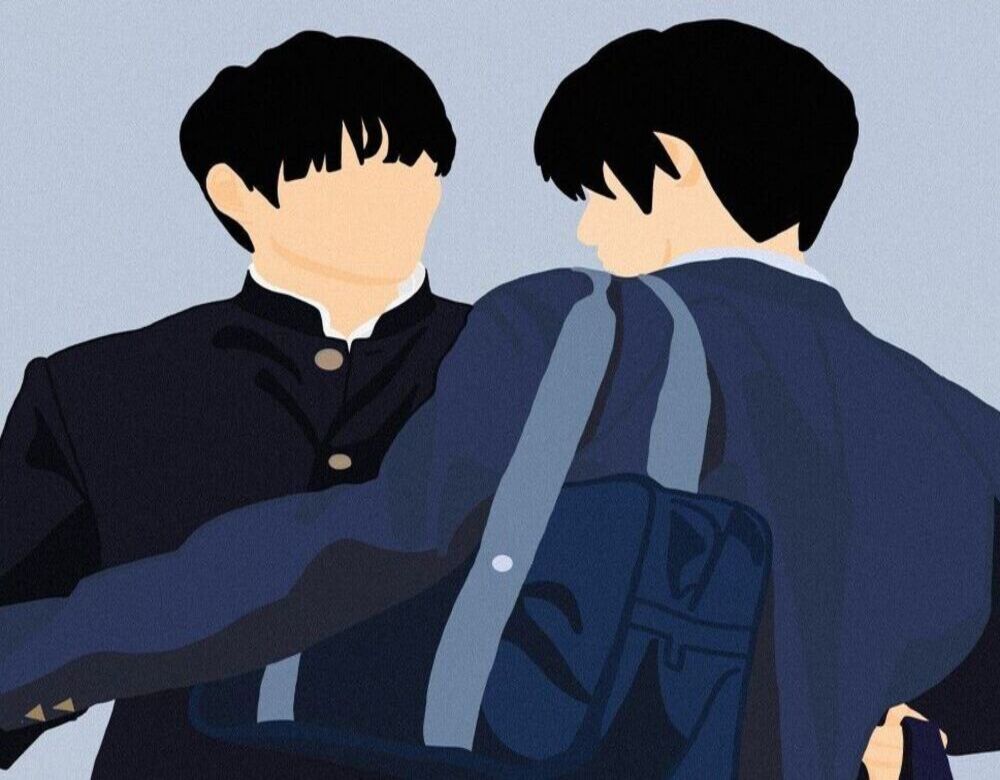 The plot revolves around Onodera, who aspires to be Japan’s top editor. When he starts working for the shoujo department, though, his luck runs out. In addition, Takano, the department’s leader, will do everything he can to get the best out of his employees. He even kisses Onodero for the sake of the manga reference. Takano’s kiss, as well as his other actions, remind him of his old boyfriend.

As time passes, Onodera finds that his ex-boyfriend is actually Takano, and the two of them have opposing viewpoints about their split. As they spend so much time in the same department, things begin to fall back into place, and their history begins to fade. 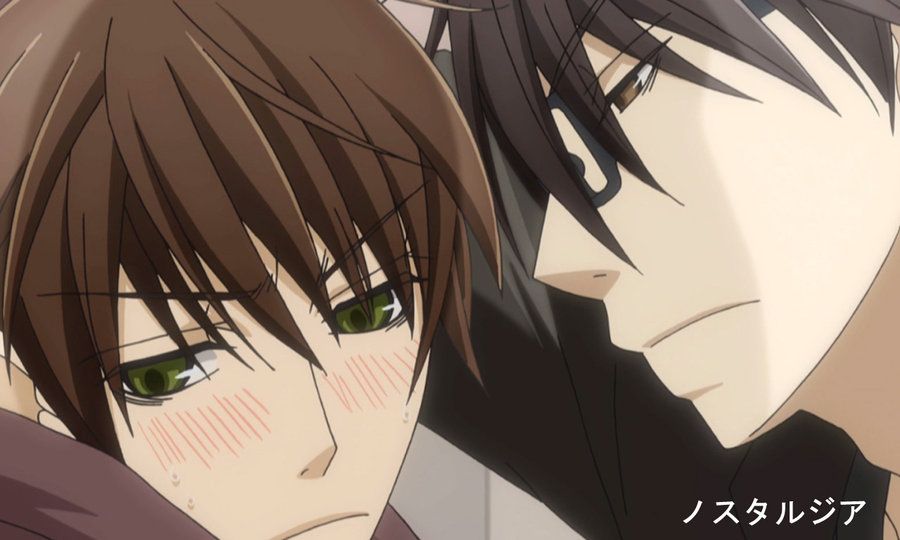 The series follows the lives of Shun Hashimoto and Mio Chibana, two lovers who are visiting Tokyo. Unlike the rural where these people have been used to, Tokyo is teeming with individuals who are quick to dismiss anyone who deviates from the norm. This pair needs to get to Shin’s residence, which he left a long time ago. When they get there, though, they notice that it is all the same. Everything about the place is the same, from the outside to the inside. Relationships, on the other hand, aren’t. Although Shun’s mother has forgiven him, his father still sees him as a bad guy. Now they must do everything they can to reclaim control of the house while also confronting their past and the city’s troubles.

4. Saezuru Tori Wa Habatakanai, One of the most popular Yaoi manga in 2022

Yakuza Yashiro is the protagonist of the story, and his real love is only one. Kageyama is the absolute man. Yakuza has a new bodyguard now, although he is really not too useful. This new bodyguard, on the other hand, is enthralled with Yakuza and his antics. In an entertaining approach, the author illustrates the growth of love between two beings.
This is a job that you should look at right now. Yes, it isn’t a mind-blowing notion on the surface, but its implementation in this manga will certainly leave you with a lasting impression! 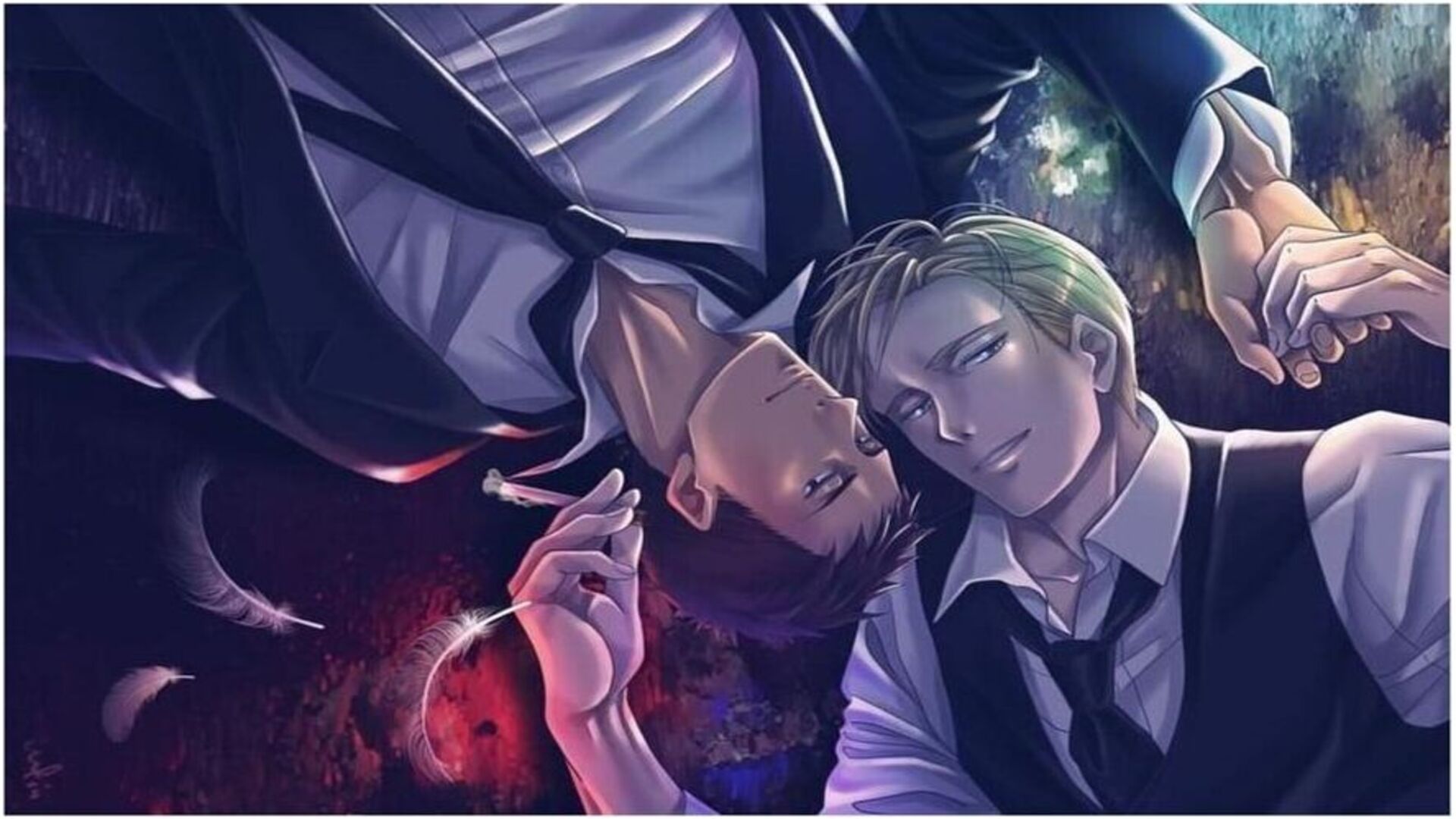 The series follows Ueda Tomoharu, a law enforcement officer who is content with his existing situation and does not desire anything extravagant. When he encounters Yakuza associate of Gotouda Aki while following an underwear thief, however, he receives something expensive. Isn’t it crazy? It only gets weirder from here. Because in the middle of all this turmoil, Ueda approaches Aki and asks him out, and he accepts without hesitation. Ueda’s life has been transformed by this new friendship. A romance with a Yakuza, on the other hand, is no laughing matter. And Ueda will have numerous opportunities to do so. This manga is guaranteed to make you laugh out loud. 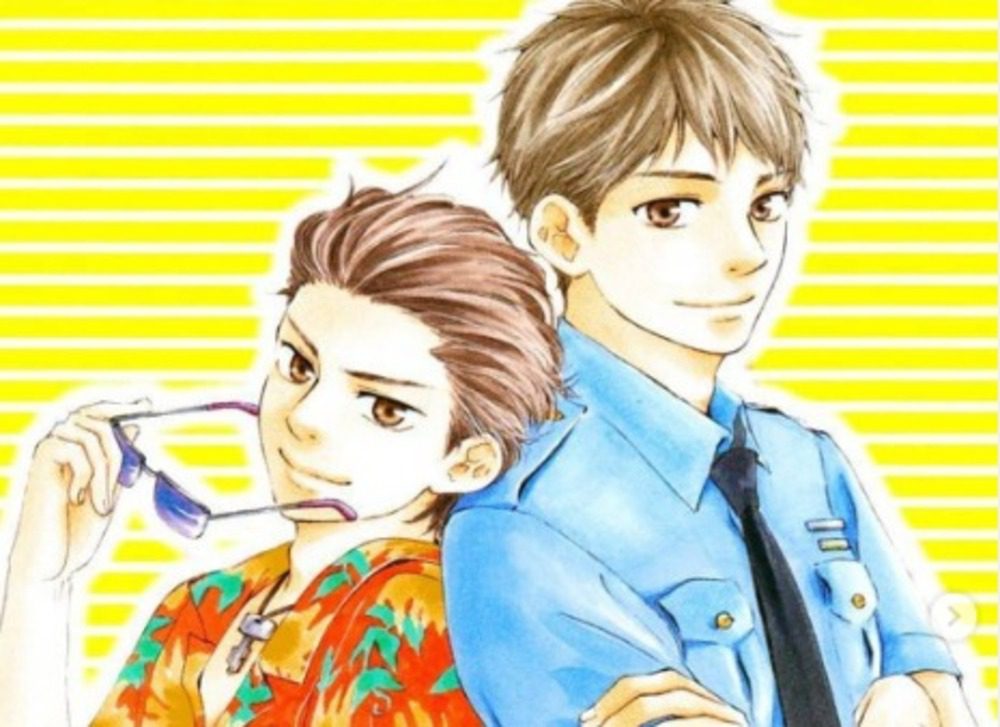 The story revolves around Sajou Rihito and Kusakabe Hikaru, two young guys who are growing closer with each passing day. As the winter draws to a conclusion, the relationship and camaraderie between these two men grow stronger. And our boys realize the true meaning of love and unity. This is a fantastic story that has been handled with delicacy and intelligence. A seemingly simple story that is nothing short of incredible. The execution of this manga is what makes it so good. But how would you find out about it if you didn’t read it? Sotsugyousei is the manga to read if you really want to unwind with a brief, sweet, and cute Yaoi manga. 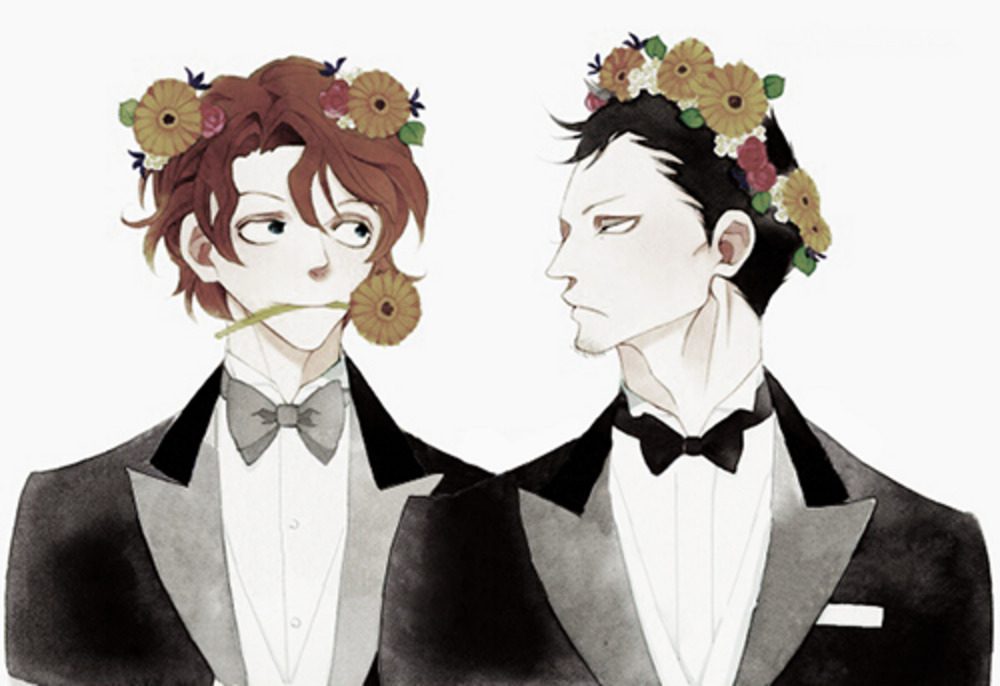 Mafuyu Satou is a character in the manga who has a piece of music in his head that communicates to him.  It’s about loss, misery, and sorrow, and Mufuyu can’t stop himself from wanting to understand it. Nevertheless, he can’t seem to grasp it or effectively articulate himself. However, when he befriends Ritsuka Uenoyama, a member of a band, things appear to be going his way.  The band is entirely instrumental and has achieved remarkable success despite the lack of a lead singer. They now aim to progress and achieve even greater heights. They’ll need a leading singer to do so.

So now, when Uenoyama hears Mufuyu’s unbelievable voice, all he asks is for him to join his band. Initially hesitant, Mufuyu finally joins the group and gets together with the rest of the members. This is the start of this recently created band’s voyage to see locations they’ve never seen before. And along the road, they will gain a better understanding of themselves and their loving companions. Given is not just the best Yaoi manga but as well as the most successful Yaoi manga, with an anime adaptation that is one of the greatest musical series ever. 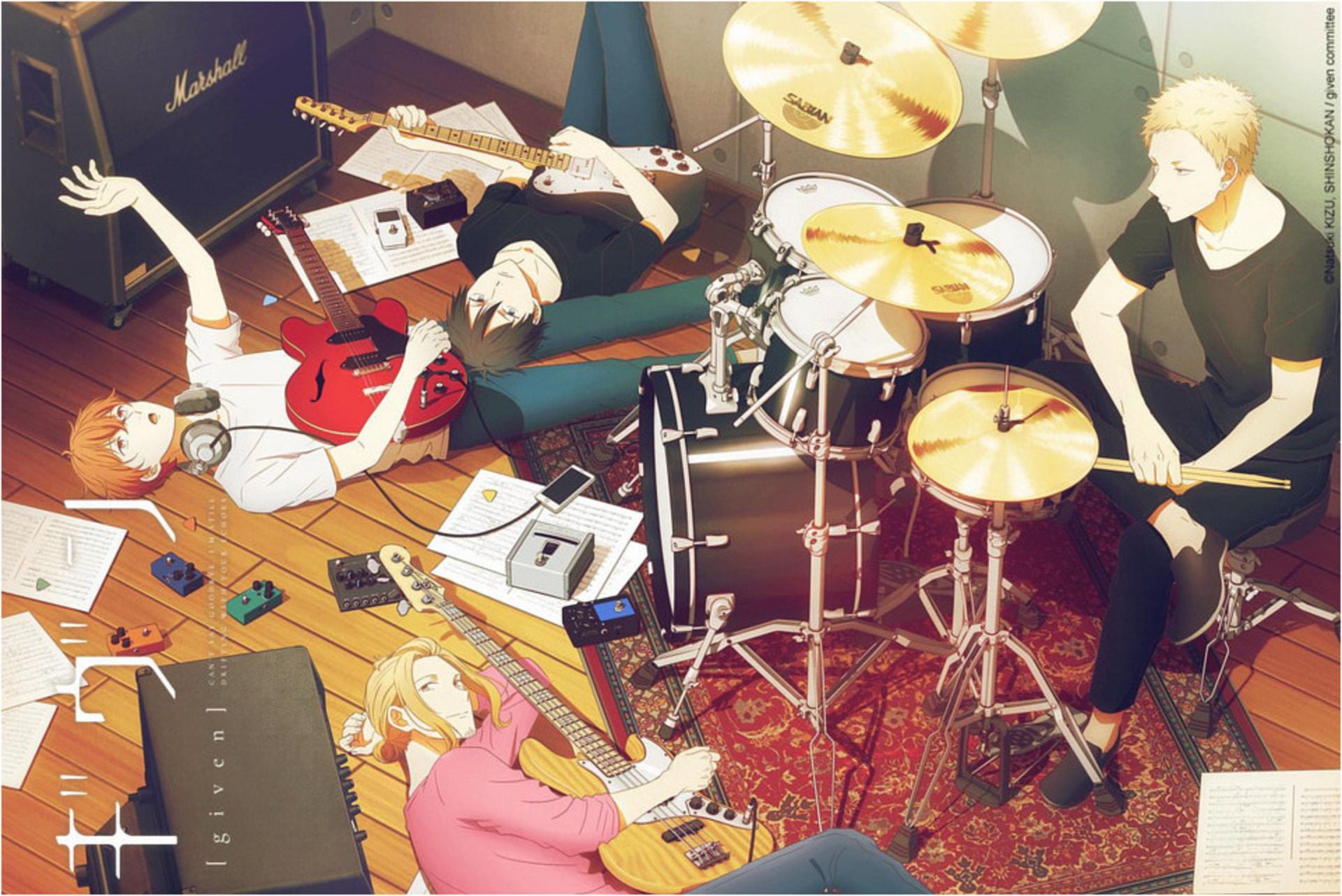