LGBTQ+ representation surely matters and these are just some of the anime you need to check out if you're looking for some recommendations. 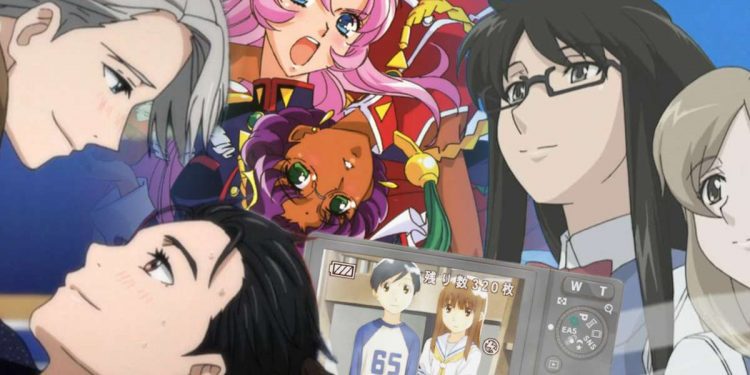 Anime is a form of media where anything is possible. More so now, with the new scopes of animation and computer graphics that are just not probable for live-action series to imitate. You get stories about unrealistic romances, Isekais, magical girls, teenage gamblers, robots from space, and even sentient forests. The possibilities are endless. So if one is looking for a particular kind of anime, they can for sure get it. We don’t really see that many queer characters getting much attention in mainstream media. Like, if we look at pop music LGBTQ+ people have always been represented by straight people like Madonna, Cher, or Britney Spears. Although times are changing now, anime or manga in Japan are no stranger to queer or even LGBTQ+ representation.

However, most anime don’t necessarily advertise themselves to be aimed at LGBT people or featuring them, even when they do. Oftentimes, the representation of LGBTQ+ can be quite dated because they relied on stereotypes and objectification when introducing those queer characters in the anime. Be that as it may, there are plenty of good anime with LGBTQ+ representation to choose from. These shows come in all sorts of genres like romance, sci-fi, a slice of life, fantasy, or even sports-themed.

So, these are only some of the LGBTQ+ anime that you should definitely check out if you’re interested in this topic!

Blue Period is a 2021 anime released by the studio Seven Arcs. The manga was written and illustrated by Tsubasa Yamaguchi. This anime is about how a high school boy, Yatora Yaguchi who finds his calling in life through the school’s art club. Although he is the main character, the anime does spend a sizeable amount of time exploring the narrative of Ryuji Ayukawa. She is a trans girl and also a fellow artist. Do check out this anime if you’re interested in art and finding your path in life.

Banana Fish was animated from the beloved manga of the same name. Akimi Yoshida was the creator and illustrator of this 1980s manga. But it was animated only recently as it was considered too risky before. It is an action-fuelled story of crime in New York. Intriguing, right? A photographer’s assistant, Eiji, is helping to compile a story on young gang members in America when he meets a teenage criminal named Ash Lynx. This encounter will forever change both of their lives. It’s considered one of the saddest anime, so it is a very emotional and difficult watch. Trigger warnings apply. But, nevertheless, Banana fish is a tale of redemptive love between a ruthless gang leader and a naive assistant.

It has 24 episodes. Banana Fish is available on Amazon Prime.

Shuichi-chan is a shy fifth-grader, loves anything related to fashion, and wants to make dresses. However, there is one problem with that. He was assigned male at birth, and that makes him really unsure about what will happen next. Well, he has his new friends to help him out in these trying times. Shuichi slowly builds a small, well-knit queer community. The characters in this anime are quite young, so it is portrayed as a very sweet childhood story. This anime brings a new side to the portrayal of the trans experience during childhood.

Wandering Son has 12 episodes, and it is available on Crunchyroll.

Revolutionary Girl Utena is a surreal magical girl romance anime from the creator Be-Papas, an artist collective founded by Kunihiko Ikuhara. The story revolves around Utena Tenjou, a teenage girl and orphan who wants to become a prince rather than a princess. She shows this desire through her strong, fearless personality and tomboyish dressing sense. But it’s difficult for a girl to become a prince in this world. Utena’s struggle to achieve her goals is framed by various queer and coming-of-age narratives. The animation in this series is very beautifully done as it is the passion project of the director of Sailor Moon.

Revolutionary Girl Utena has 39 episodes, and it is available on Funimation.

The English name for Sukisho is ‘I like what I like, So it can’t be helped,’ which is a very fitting name to be on this list. The story of Sukisho follows Sora Hashiba, a high school student who falls from the fourth floor of his school, somehow wakes up in a dorm without any of his previous memories, with another strange that he has never met in his life. This new boy he meets is named Sunao Fujimori. He is actually one of Hashiba’s oldest friends. Both of the buys have alternate personalities are known as Yuru and Ran, and these personalities form a passionate, romantic bond with each other. The two try to regain Hashiba’s memories from before the fall.

Sukisho has 12 episodes and an extra OVA episode. It’s available on Tubi tv.

No. 6 is a refreshing take on your average dystopian era anime. The series follows the privileged, young prodigy Shion who lives in a utopian city called no. 6. On his 12th birthday, Shion finds an injured boy named Nezumi (aka Rat), who seems to be the same age as him. After nursing his wounds, he finds out that Rat is an escaped prisoner. When the government finds out, they capture Shion, but he doesn’t give up Nezumi’s whereabouts because of the bond the two boys have formed in such a short time. Shion and his mother are banished to the lower levels of the city as punishment. When the two boys meet again four years later, they embark on a journey to unearth the city’s secrets. No.6 is anime proof that love does change everything for the better, no matter what shape or form it may come in.

There are 11 episodes. No.6 is available on Amazon Prime.

Also Read: Anime Similar to Takt Op. Destiny That You Should Watch

Aoi Hana is a yuri anime series. The first episode was aired on 1 July 2009. The story revolves around a shy young woman named Fumi Manjōme who reconnects with her childhood friend, Akira Okudaira, after a toxic relationship. Fumi Manjōme is a lesbian, and the series does well to follow and flesh out this character without delving into the stereotype. This anime series does well to explore each of the characters and all that high school drama without getting too tedious. It’s definitely worth a watch.

Aoi Hana has only 11 episodes. You can stream it on Crunchyroll.

8. Dakaichi: I am being harassed by the sexiest man of the Year

Dakaichi is another fun series to watch. This story takes place in the ruthless world of show business. Veteran actor Takato Saijo loses the title of ‘World’s Sexiest Man’ to an up-and-coming young actor called Junta Azumaya. The anime follows the two actors as they get stuck in the middle of a scandal. It is a light-hearted comedy that will increase your serotonin levels at the end of a boring day.

Dakaichi has 13 episodes and it is available on Crunchyroll.

Keichiro Tachibana had always been an overachiever, but he shocks everyone when he suddenly quits his job to start a café. He uses his family wealth to build this cafe and wants to be surrounded by cute young waitresses. But the best patissier in town happens to be the guy he turned down in high school, a man so traumatized by his past that he can’t work with women. Tachibana decides that an elegant all-male café would make good sales as well. This fun, light-hearted series follows the events in their lives as they grow out of their toxic pasts and habits. Antique Bakery was written and illustrated by the celebrated queer-interest author Fumi Yoshinaga. This series remains the only anime adaptation of her work. But the story’s been adapted into several live-action projects in Japan, Korea, and Thailand.

Dramatical Murder is a Boy’s Love anime based on the yaoi game with the same name. The plot revolves around Aoba Seragak, just an average guy looking to live an average life. However, that all changes when he is pulled into a game called Rhythm. Rhythm is a virtual reality game where a player can get powerful mobile devices that are like pets, and there are turf wars for power. Now, the anime is a lot tamer in terms of actually showing scenes of BL when compared to the game. However, the story is too unique to not check out.

Dramatical Murder has 12 episodes. Do check them out on Crunchyroll.

As we end this list, let’s list some honourary mentions. If you haven’t heard of them before, do make sure to check them out now – Ouran host club, Cardcaptor Sakura, Yuri on Ice, Paradise Kiss and Given.

Also Read: 10 Anime Similar to Mieruko Chan That You Should Check Out