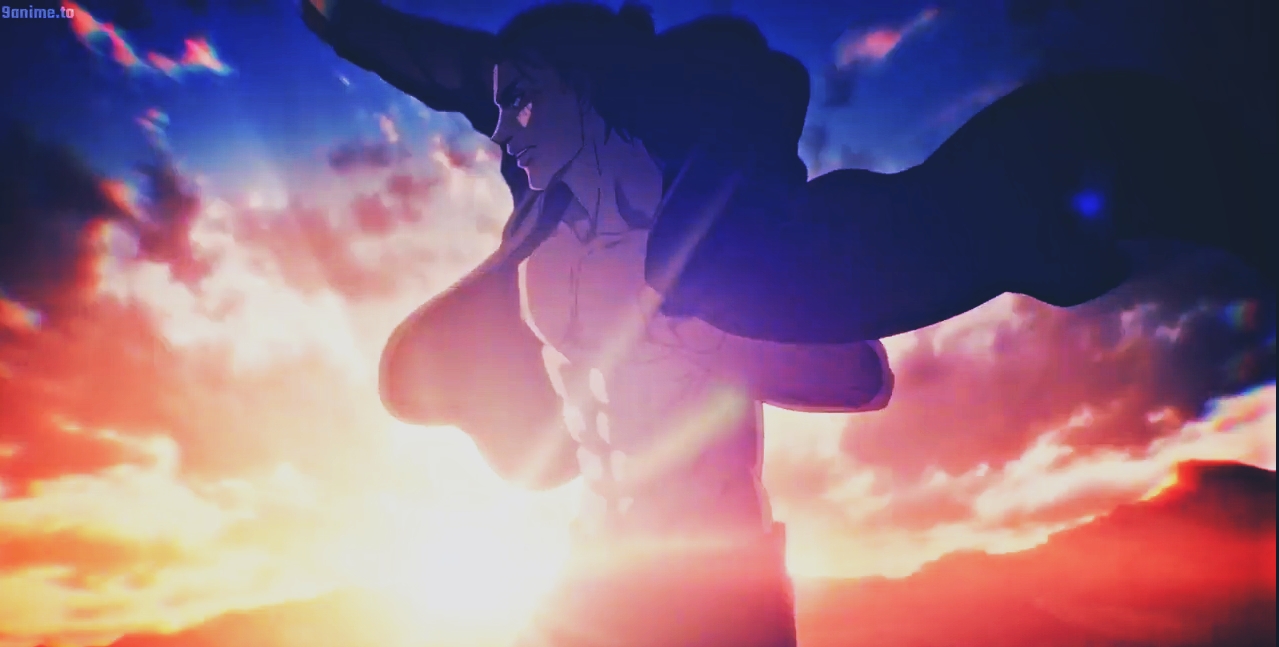 Attack On Titan is one of the most successful anime and manga series. It’s probably the gush of realism or the unpredictable twists of fiction that make this series a fan favorite. Hajima Isayama’s Attack On Titan is more than just a build-up of fantasy. Its unique form comes from the blended mixture of strong emotions. The series goes beyond the simplicities of right-wrong, love-hate, and black-white. It stands at the peak of what is right and what should be done. Some of the biggest conflicts in the story come from Eren Yeager, the protagonist, and his actions. Online forums are filled with debates revolving around Eren’s character.

Eren Yeager started as a hot-blooded protagonist. He was always in a rush to serve justice and kill all the titans. As the story progressed, Eren turned into the very enemy he was planning to kill. Eren, in the eyes of many, is a protagonist turned antagonist. Since the term is too harsh, others make use of the word anti-hero.

Eren Yeager is a widely loved character, and it’s always fun knowing more about characters that we love. Isayama’s Attack on Titan manga recently came to an end. Since the second cour of the final season is about to be released soon too, we have compiled some facts about our favorite anti-hero. Here some facts about Eren Yeager that might interest you! 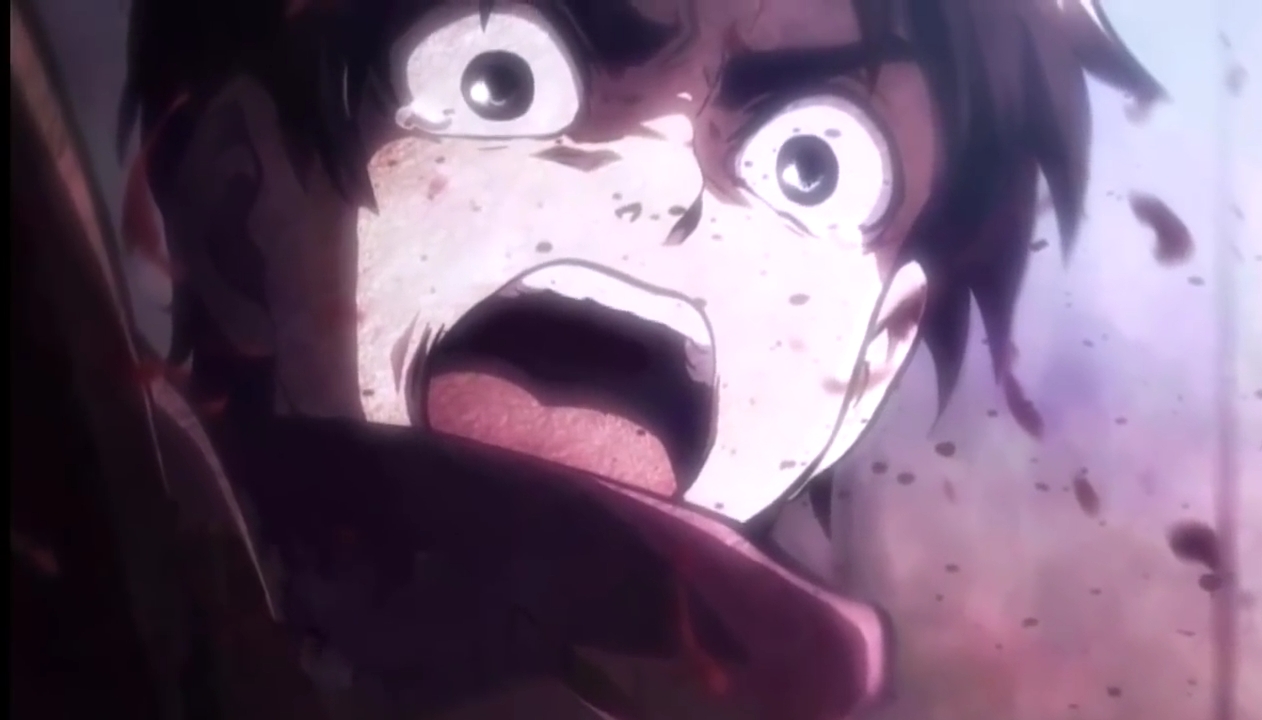 Eren Yeager has had a messy life. He turned into a titan, almost died many times, was almost executed, became a villain, and many more. One would expect his first kill to be a titan, given his obsession with annihilating them. However, it is made clear in episode 6 of the anime series and the sixth chapter of the manga, we find out something else. Eren’s first kill was three human traffickers that he had come about while saving Mikasa.

This is a fact straight out of the first season. But, what never ceases to surprise me is that Eren was barely 8 at the time of the killing. It is understandable given the situation but not every day do we get to come across an eight-year-old killing criminal without a wince. Two years later, Eren is portrayed as a character that often gets bullied. Only if the bullies knew he had murdered two full-grown men!

Also Read: You Are Waiting For ‘Attack on Titan Season 4 Part 2’, And It Is Not Coming Anytime Soon 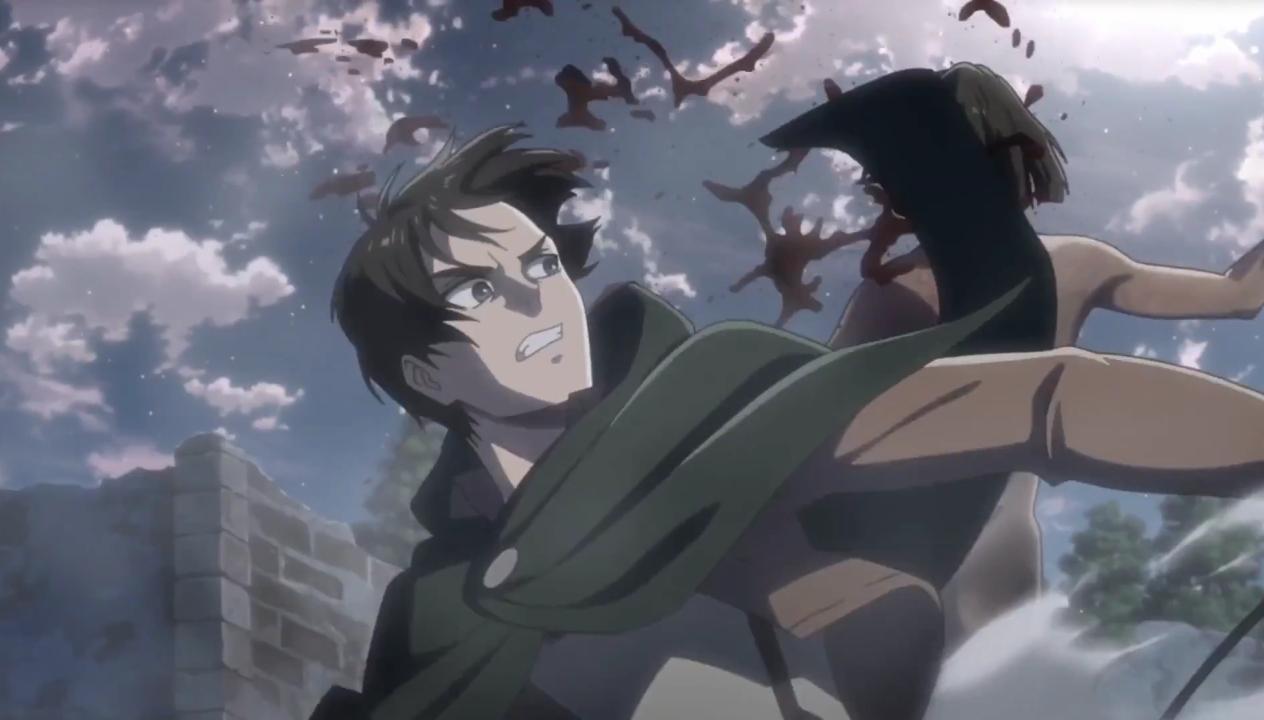 As per known records, Eren holds the second rank for the number of titans killed among the Scout Regiment. He is only beaten by Levi Ackerman, who has scored a titan kill count of at least 89. Following Levi, Eren’s titan kill count is 23. Out of these, 21 titans were killed by him all alone.

Thanks to his Titan form, Eren has higher titan skills than even Mikasa Ackerman. This makes Mikasa third in the list, followed by Hange with 5 titan kills. Eren has killed one titan in his human form. The remaining 22 were killed in his transformed state.

The Suspected Mythology Behind Eren Yeager 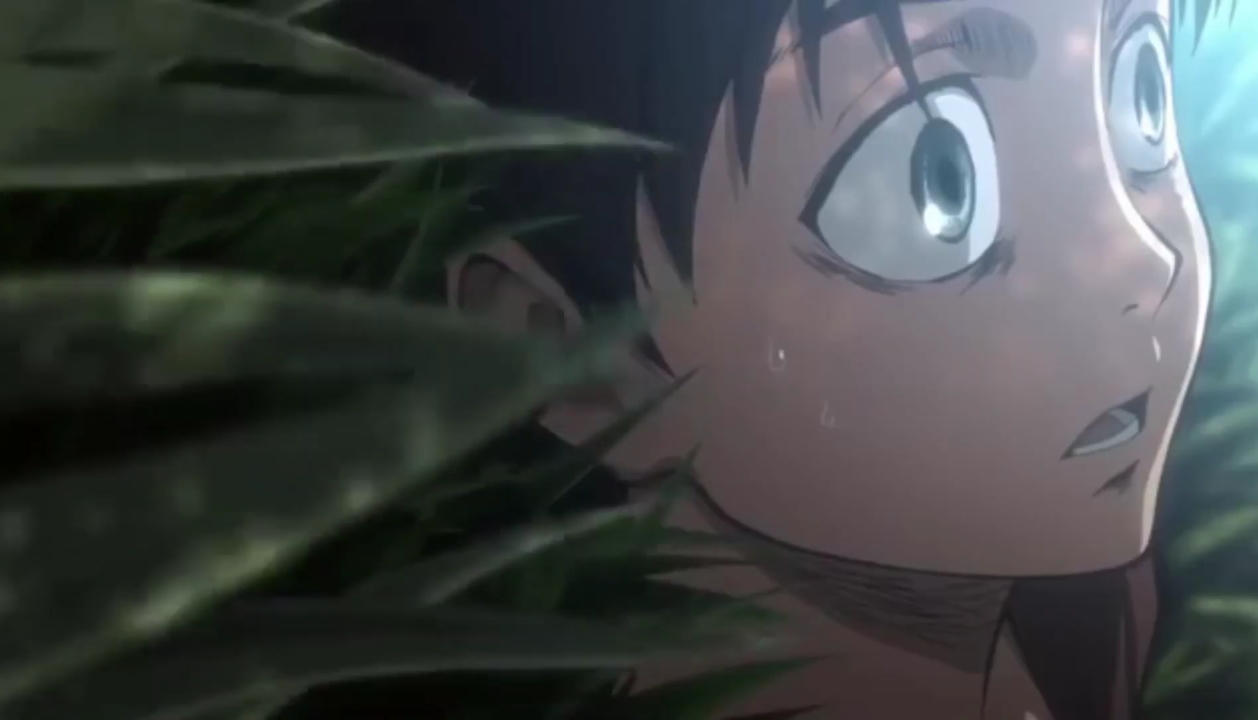 Eren Yeager wakes up after a dream: first scene of Attack on Titan.

If you were looking for some rare facts about Eren Yeager, this could be it.

Hajime Isayama went all out when writing Attack on Titan. There have been multiple inspirations that Hajime Isayama has taken from various mythical stories and folklores. This has never been confirmed by Isayama himself, but there are various similarities between the protagonist Eren Yeager and another popular fictional character. This character is Erekose from Eternal Champion. Eternal Champion is a 1970 novel by Michael Moorcock. Erekose and Eren start by wanting to save the world yet end up being its very enemy.

Like Eren, Erekose can travel through the past and the future. The initial enemy in Moorcock’s book is the Eldrens. After getting kidnapped by these Eldrens, Erekose learns the truth of his history.

Attack On Titan indefinitely shares some similarities with Eternal Champion. Even if Isayama used the book as an inspiration, he created something original and of a different taste.

Even if it is mostly based off on fan theories, this is one of the most interesting facts about Eren Yeager on the list.

The Inspiration Behind The Character Eren 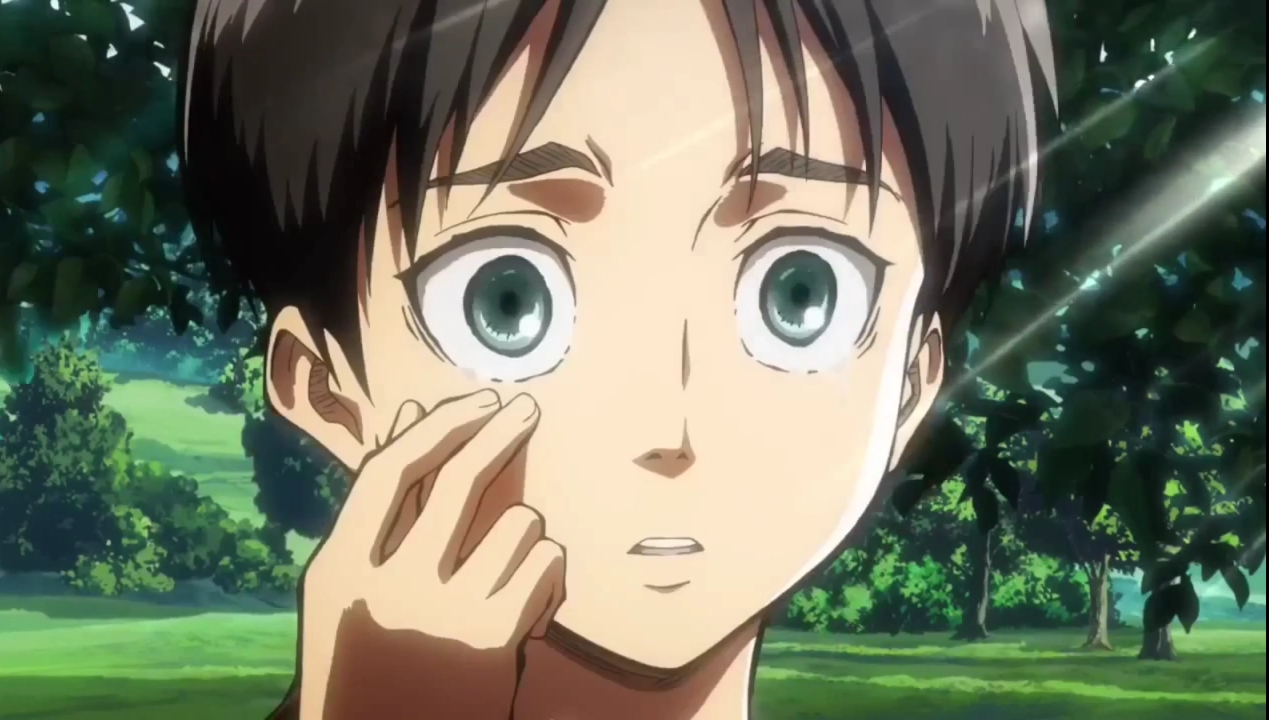 Eren in Attack on Titan season 1.

Erekose is only a suspected inspiration behind Eren’s character. The connection is indeed thrilling, but it does not have Isayama’s confirmation.

However, in an interview, the mangaka talked about his ideals while creating Eren. He has often described his difficulty in writing Eren. The character is often portrayed as a “brat” in the shounen anime. Isayama points out that he had originally created Eren calmer than that. In fact, the Eren created by the mangaka was a regular youngster. His raged personality only came from seeing his mother get eaten by a titan.

Eren’s Tell When He Is Lying 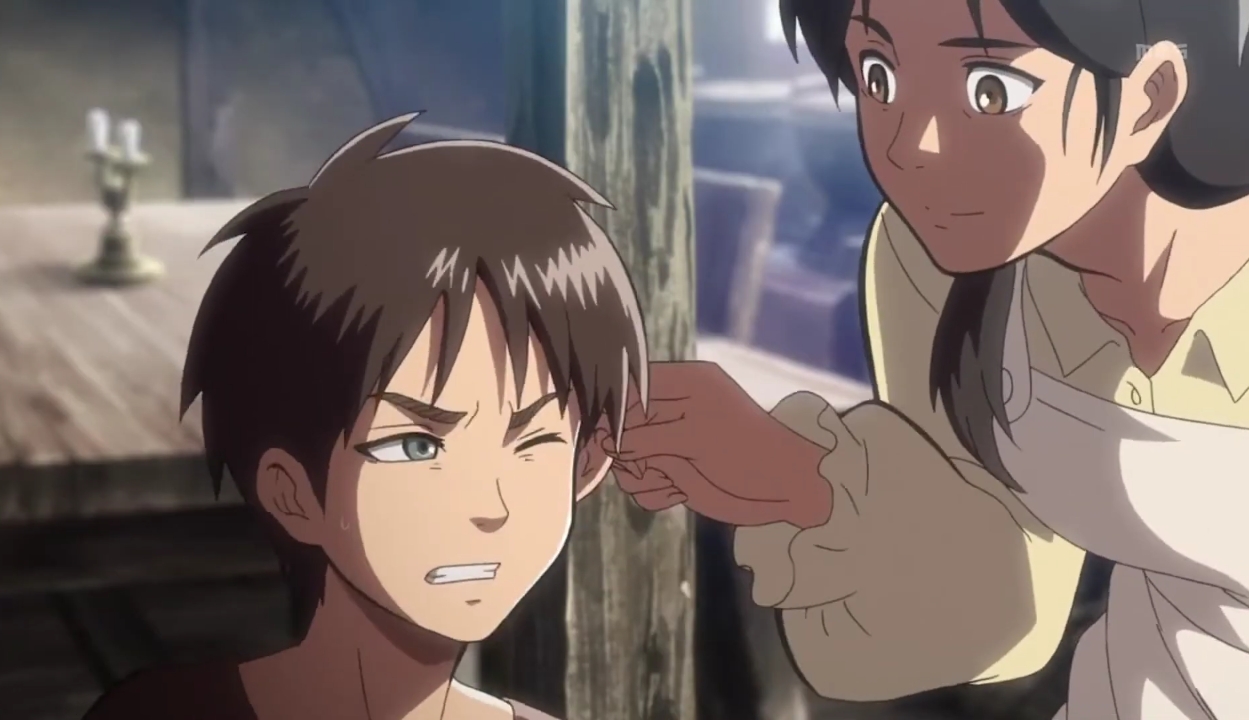 “Your ears are red”- Carla Yeager.

When the story has become so large, such minute details get forgotten. In the initial part of the story, Carla Yeager, his mother, says that Eren’s ears go red whenever he is lying. The plot of Attack on Titan has grown darker over the years. Small details as such remind us that Eren’s life wasn’t always what it had  become towards the end.

The other facts about Eren Yeager are rather intense. It’s actually nice to switch the mode to remember some of his cute habits.

The First Signs of Eren Drifting Away

Eren Yeager was, as intended by Hajime Isayama, was a regular young boy. After encountering his father’s memories through the Attack Titan’s powers, he started getting depressed. Depression could not be the reason for Eren going berserk. The verification of the truth played the role of a sharper trigger.

Eren gains access to his father’s past, and what he sees are ghastly images. He carried an intense urge to discover the truth and verify if the memories were true. At the age of 15, Eren reaches the sea along with the Survey Corps. While the others let themselves loose, Eren stood in melancholic silence, finally realizing the authenticity of Grisha’s memories.

He begins with, “This is exactly what I saw” and sometime later comes with, “If we kill them all, does that mean we will be free?”

How does Eren address titans?

Eren’s hatred for titans was never a newfound secret. He carried so much loathe for them that he could even fill others with the same. Eren does not let his feelings hidden.

When addressing titans, he uses the “-hiki” suffix. This suffix is used in the context of smaller animals. On the contrary, the suffix used for bigger animals is “-tai”.

The Inspiration behind Eren’s Titan form 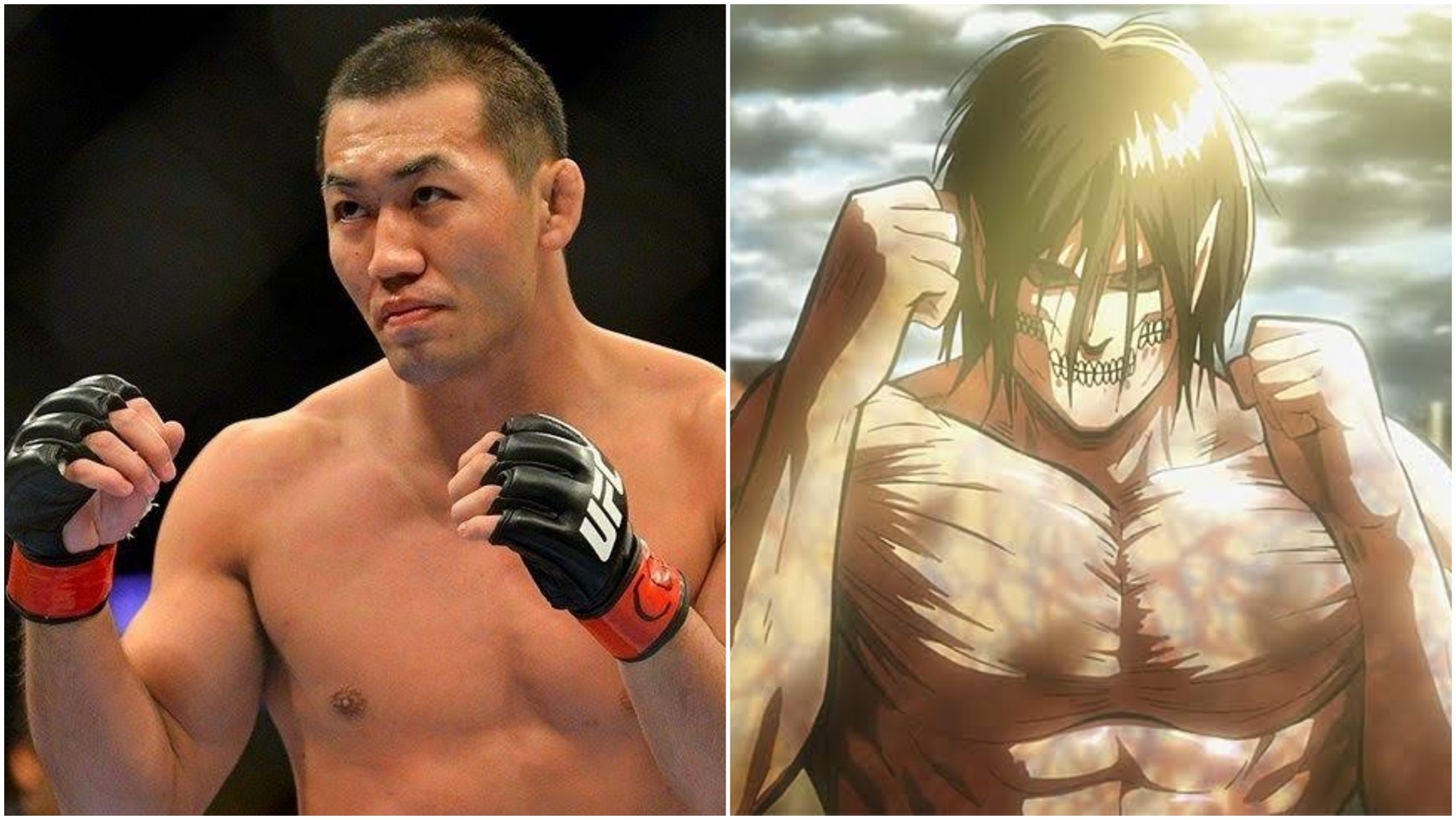 Yushin Okami as an inspiration for the Attack Titan form.

Hajime Isayama uses Yushin Okami as a model for Eren’s titan. Yushin Okami is a mixed martial artist who has competed on many levels. The fighting style of the fictional character and its original inspiration do have some similarities.

It is interesting how Isayama has used so much reference in his work. His efforts have truly succeeded in bright colors.

Later, during the Raid on Libero, he eats the sister of Willy Tybur and gains the powers of the War Hammer Titan. 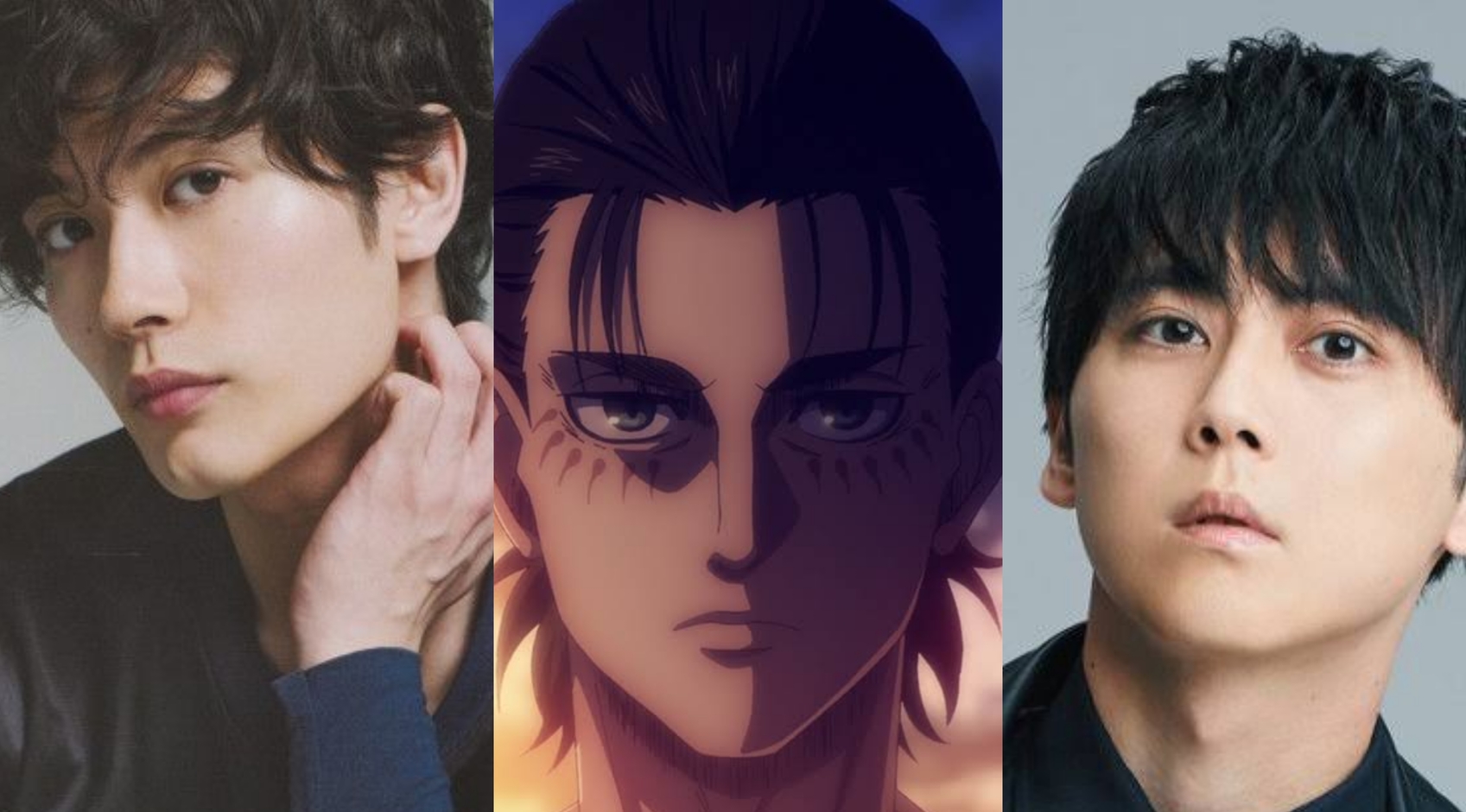 A live-action movie adapted from the Attack on Titan manga. Eren Yeager was played by Haruma Miura. Haruma Miura can be seen in other popular movies adapted from anime and manga too. One such movie is Kimi ni Todoke where he is cast as Shota Kazehaya.

In the anime series, Eren Yeager is voiced by Kaji Yuki. He is a popular Japanese voice actor who also voices Kou Mabuchi in Ao Haru Ride and Kozume Kenma in the Haikyu series.

Eren Yeager is an amazing character. The character has been sharply chiseled to shape from his childhood to adulthood. It is always fun to collect facts about Eren Yeager and other interesting characters like him.