Fans are familiar with the History channel show Forged In Fire. The show has a new host recently; however, fans are pretty perplexed and are anxious about knowing what happened to the host Forged in Fire. Forged in Fire is an American reality television show that premiered on History Channel. The show is a search to find the best blacksmith. There are rounds in which the contestant need to give their best shot to emerge as the winner of the episode.

There are four judges, and the show was hosted by Wil Wilis. However, he left the show leaving the fan why has he done that. Here in the article, we will talk about what happened to the Forged in Fire host. The show is now helmed by Grady. Grady signs the contract with the production team for reg next few seasons. He enjoys working with a team and his work on the set. Let’s delve further into the article to find out what happened to The host of Forged in Fire.

What Happened to The Host of Forged in Fire?

Wil Wilis left the show citing the inappropriate timing of the show. The reality television show host is blessed with a son in 2020 with his wife Krystle Amina, who is an artist. After that host began focusing more on his family. He enjoys time with his son and family. The second reason fans believe for leaving the show was the global Pandemic. Wil step out from the show from the 2021 season that was filmed during the pandemic thus, he moved stepped out from the show. 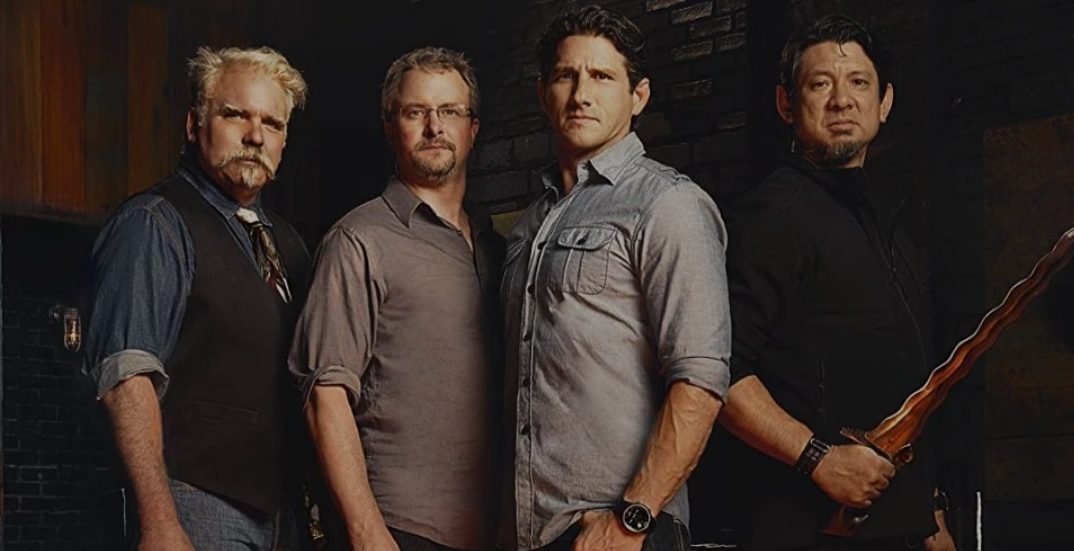 The cast of Forged In Fire

Wil Talked About the Show In A Podcast, says “Shooting Is Boring”

In an interview with the B3f podcast, Wil Willis opens up about his contract. He complained about the show shooting filming was very slow. The majority of his time spend sitting inside a small four by 6 room. The shooting place was very small. Moreover, five to six days are needed to film one episode. Wil describes it as the slowest show ever. However, he appreciated the cast and work of the people. Moreover, he also acknowledges the hard work of the team.

Who is Wil Willis?

Wil Willis is an American retired army officer. After graduating from high school in 1993, Wil enrolled in the army school. The reality television star served in the army for five years and then joined  Air Force Pararescueman. He served in the air force from 1998 to 2007. After his army career, Wil steps into the entertainment world. Initially, he started in Special Ops Mission and Triggers: Weapons. He then appeared in the Forged in Fire which has given his career a new turn.