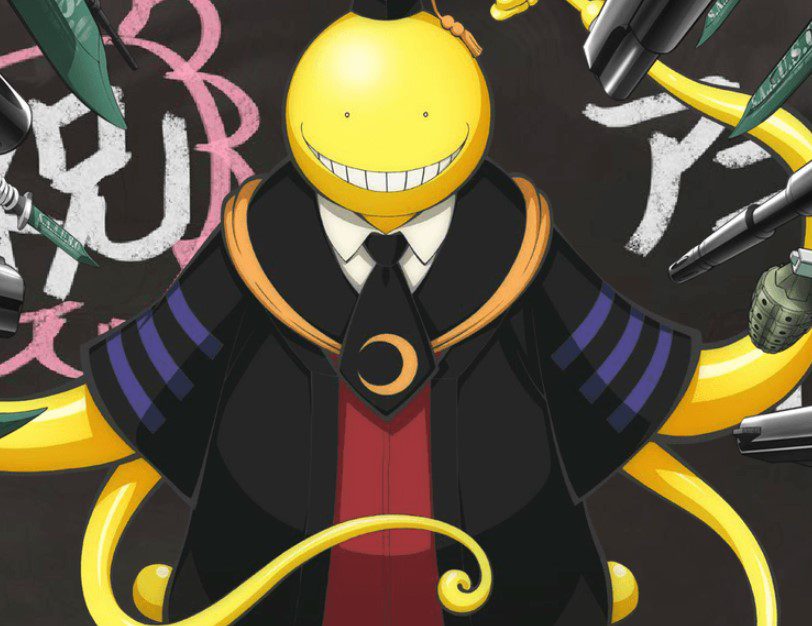 Koro Sensei vs. Shikamaru is the great battle of wits of Shadow Possession Jutsu vs. The Grim Reaper. Most of us might be curious who wins between the Shadow Shadow Possession Jutsu user and The Grim Reaper? Let’s learn more about Koro and Shikamaru since we will know the outcome of the duel between the two. This can depend on who is your favorite anime character between Koro and Shikamaru.

Still, the results of the duel between them will shock you since Shikamaru and Koro are exceptional in battle. Koro Sensei vs. Shikamaru is a great experience for anime fans. Most of us know about Koro-Sensei from Assassination Classroom, and we know what he is capable of, and this is the perfect match for him. One can say Koro has found his perfect match when he faces the best Shadow Clone Jutsu user, Shikamaru.

We will examine everything you might not know about Koro-Sensei vs. Shikamaru and explain who they are. Koro Sensei vs. Shikamaru is not a one-sided duel since both of them are on the same level, and this makes their duel interesting since there will be no holding back. It is fun to experience a battle like this after knowing the abilities of both fighters. This battle of wits is one of the best duels between different anime characters from different popular animes.

We all know what anime Shikamaru and Koro-Sensei are from, but we will not discuss that since we will explain the battle between them. Koro and Shikamaru are those anime characters that you can not count out when talking about anime battles since they are both key factors that can change the result of any battle using their strategies, especially Shikamaru, who uses his mind tactics or strategies to determine the results or the outcome of the battle.

Who Is Koro Sensei?

It will be for the best to first learn who Koro Sensei is before knowing about his battle with Shikamaru. This might be a debate for anime fans. Still, we are introducing you to the new experience where the powerful anime characters from different anime battles are the ones who reveal the outcome of those battles. Let’s look at who Koro-Sensei is. We have already said that Koro-Sensei is a secondary main character of Assassination Classroom. Koro became a teacher of Class 3-E at Kunugigaoka Junior High School. 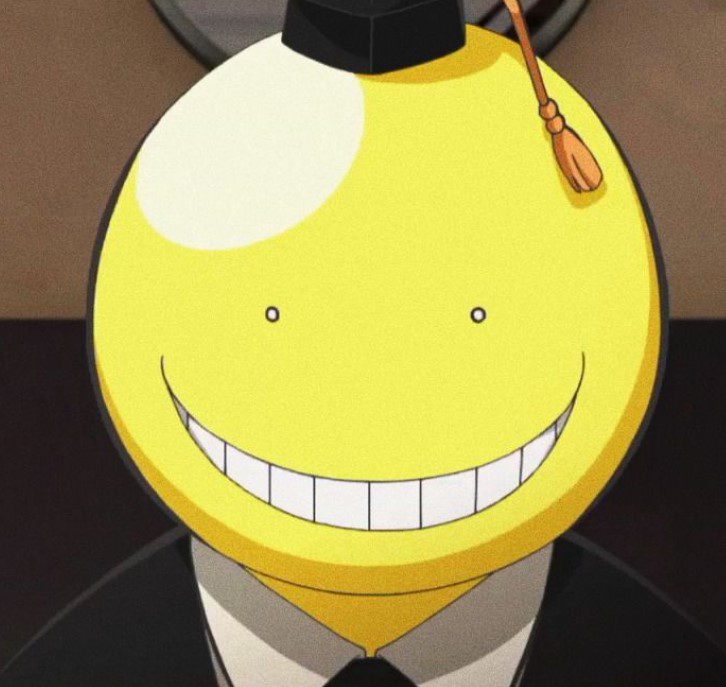 Koro resembles an octopus, but his body color is yellow, and he is known as The Grim Reaper due to his assassination abilities. During his childhood, Koro grew up in a town where anyone could betray another. This made Koro the powerful Grim Reaper due to his upbringing. Koro became an assassin through hardship and learned to survive. He also gained the apprentice title but ended up betraying his master. However, Koro’s life changed when he met Aguri Yukimura.

When introduced to the school, Koro reveals what will happen to the future due to his arrival on the planet. But he knows that they can save the planet when he teams up with earthlings. His personality as The Reaper remained visible, shown in many anime scenes. Koro loves to teach his students using fear, but this helped them improve even though they faced their worst nightmares. Kaede Kayano gave him his name, and he became known as the master of assassins. Koro has a great and interesting history behind him.

Koro Sensei possesses Antimatter Physiology, Protective Coloring, Liquefaction, Absolute Defense Form, Energy Laser, Molting, Regeneration, Superhuman Speed, and Speed Replication. Those powers make Koro-Sensei a formidable teacher that every student can rely on. Nothing can harm him except for  Anti-Sensei Weapons, and he also can self-destruct, which students know will happen during the graduation ceremony. 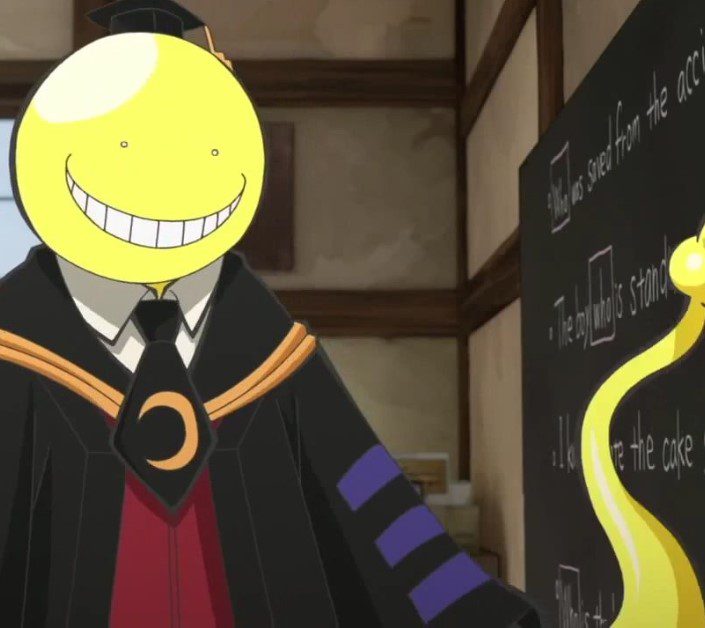 Koro can also turn his skin into a different color and vanish or camouflage himself. He can use his mucus for waterproofing, adhesive, and cleansing. He is also immune to toxic substances or poisons that can kill humans. Koro can travel or fit in any space while retaining his abilities.

He can turn into a baseball when he is using his Absolute Defense Form, and this form comes in handy with many abilities. His regenerating abilities are impressive since they help him escape death. Koro has good sensed that he could detect any change or danger. His Superhuman Speed is also at another level, revealed in different anime arcs.

Shikamaru Nara is a shinobi or a Ninja of Nara Clan from Konohagakure. He is known for being the laziest shinobi due to his nature or appearance. However, Shikamaru became a different person during various battles, throwing his laziness away when it was time to protect his comrades. He became a member of Team Asuma, and he was the best strategist in many battles. Shikamaru is an important key factor of Konoha even in the current series of Boruto. 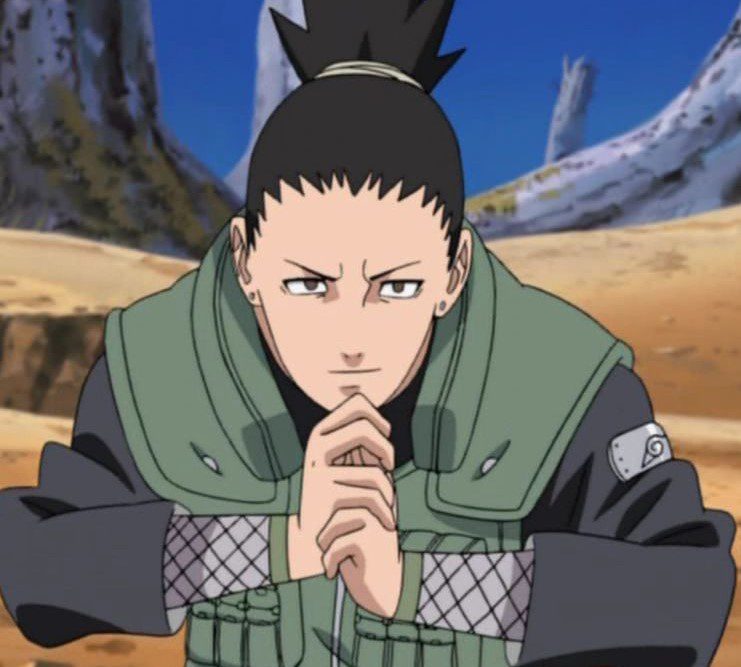 He loves to do small work quickly due to his lazy nature, but he also became a genin. Shikamaru has a soft heart and fights to win a battle instead of killing. He is a guy who never understands women since he finds them annoying. He loves to sleep and watch cloud or play a game of shogi and go just like his father. This helps Shikamaru improves his battle strategies. Shikamaru labels himself as the number one coward and sometimes thinks it is better to run away from a battle than getting killed.

But he will never leave his friends behind. Shikamaru has brown eyes, suggesting he is either irritated or bored. He has long black hair that he kept tied in a spiky ponytail. He is the best Shadow Clone Jutsu user and has already surpassed the expectations of his clans. Shikamaru is the first shinobi Chunin who can face Jonin singlehandedly.

Shikamaru possesses great Ninjutsu skills and can also unleash hidden techniques like Fire and Earth Release. His signature is Shadow Possession Jutsu, and he can also use a Shadow Clone Jutsu as bait during the battle. Shikamaru had many abilities that could surprise you, like when he used fuinjutsu to seal Kakuzu’s lightning technique into a scroll. He also used Flying Swallow to unseal water from a scroll. He can use Shadow Possession Jutsu to create clones by flowing chakra into his shadow. 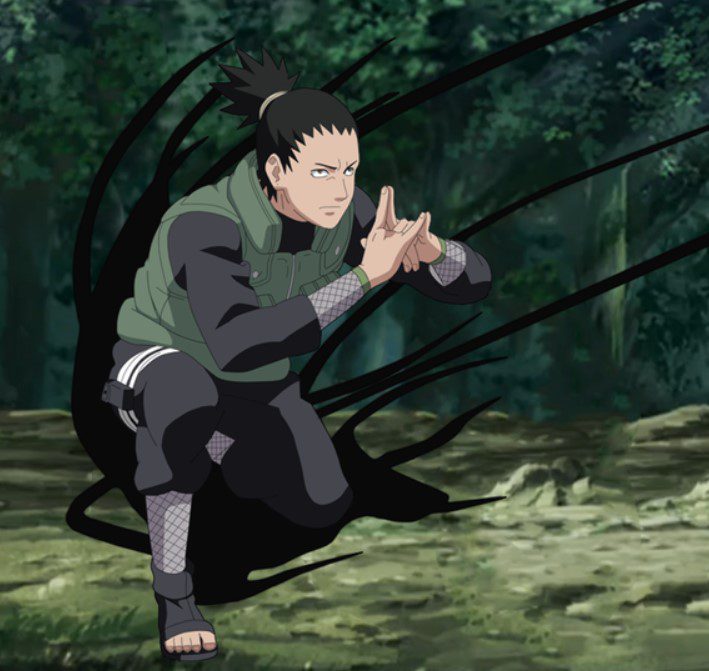 Shikamaru possesses different Nara Clan Techniques, such as the Shadow Imitation Technique. He had learned Shadow Imitation Technique before enrolling in the academy, which helped him during the Chunin exam. Shikamaru honed his skills through training, and we had seen it when he held the Five Kage and their bodyguards using his techniques. He also learned Shadow Sewing Technique and the Shadow–Neck Binding Technique. He can also wield weapons like Kunai or Shuriken using his Shadow techniques.

This is a tough and great battle for Koro Sensei and Shikamaru. This is one of the battles that can end due to the powers and abilities the two possess; Shikamaru can match Koro Sensei’s levels or fighting techniques. But when we look at both, anyone can win this battle. Shikamaru has advantages and many ways that he can use to win this battle since we both know about his fighting techniques, skill, and abilities. However, Koro Sensei has the advantage of speed and regeneration. 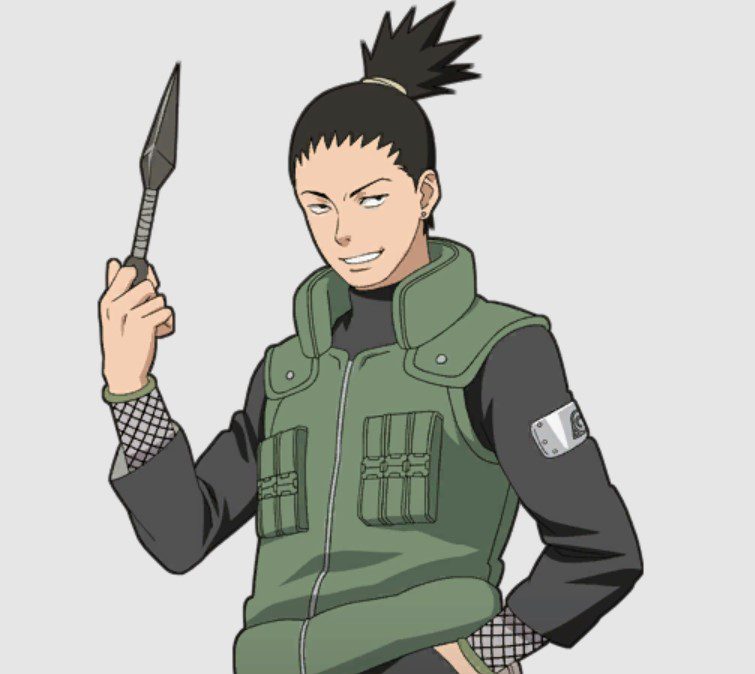 If Shikamaru uses Shadow Clone Jutsu or Shadow Possession Jutsu to kill Koro, Koro can regenerate and use his speed to counterattack Shikamaru. A single blow from Koro can kill or end the battle between them. But Shikamaru will know that he has to use the best strategy since he will be fighting with a guy who can regenerate and use speed to his advantage. Koro and Shikamaru both have triumph cards or Aces that they can use during their battle to come out victorious.

Shikamaru might be more intelligent than Koro, but Koro can also match Shikamuru’s intelligence during this intense battle. They can both find ways to defeat or kill each other, but it would be tough for one to take the other down since their battle would not be one-sided. This battle will have various combat styles that would interest the fans of each anime character. Let’s find out who might win, but it is debatable.

Who wins The Battle?