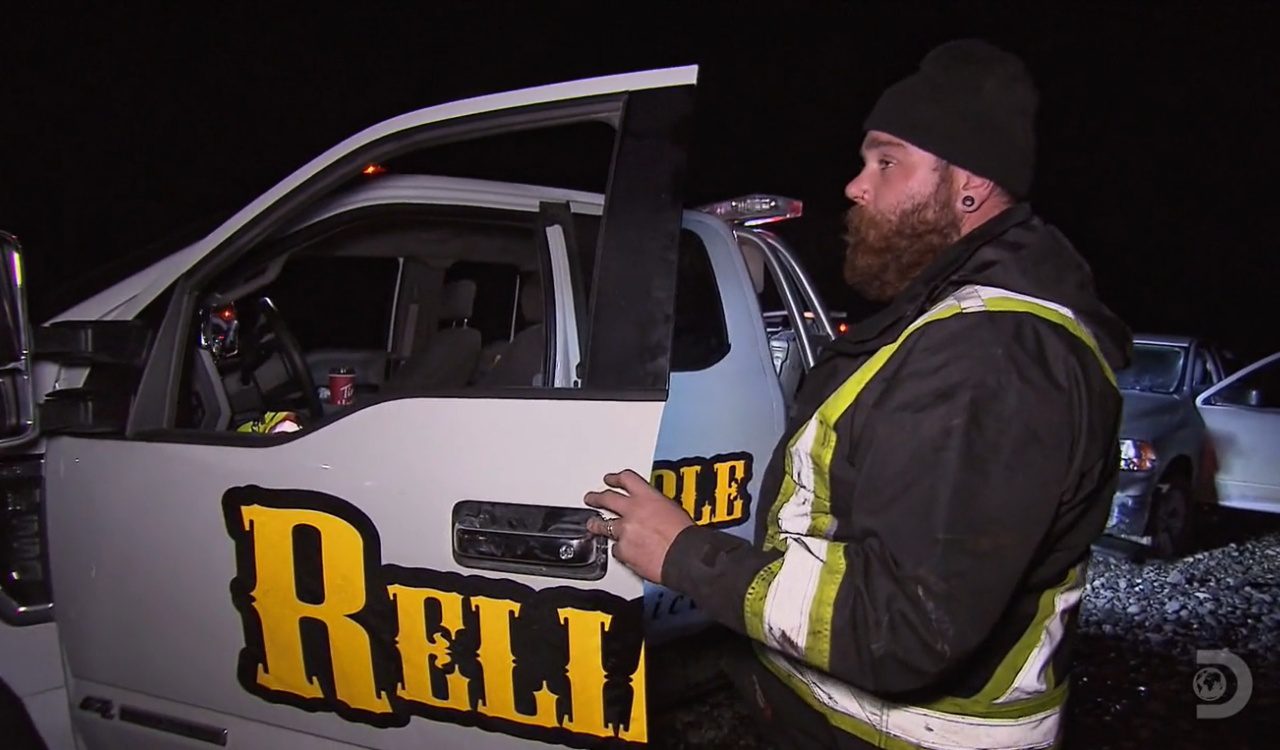 The unsung heroes of the roads will be back with another episode of Highway Thru Hell soon. If you thought the dump truck and car stuck in the river last episode were some serious rescues, The upcoming episode has much more in store for you, with 2 different trucks that had to be rescued by the MSA and Aggressive Towing.

Highway Thru Hell is a documentary sort of series that features workers from different groups of Jamie Davis’ Motor Company trying to rescue broken down, rolled over, or stuck cars along with increasing the safety of the roads. The highways and roads that the show and company focus on are some of the roughest weather zones, where blizzards, Landslides, and other phenomena could take place anytime.

The show was first thought up by Neil Thomas when his truck broke down on one of the highways that the company covers. Jamie Davis’ workers helped them get back their car, and after a year, they decided to go up to the company and offer to make a show on them. 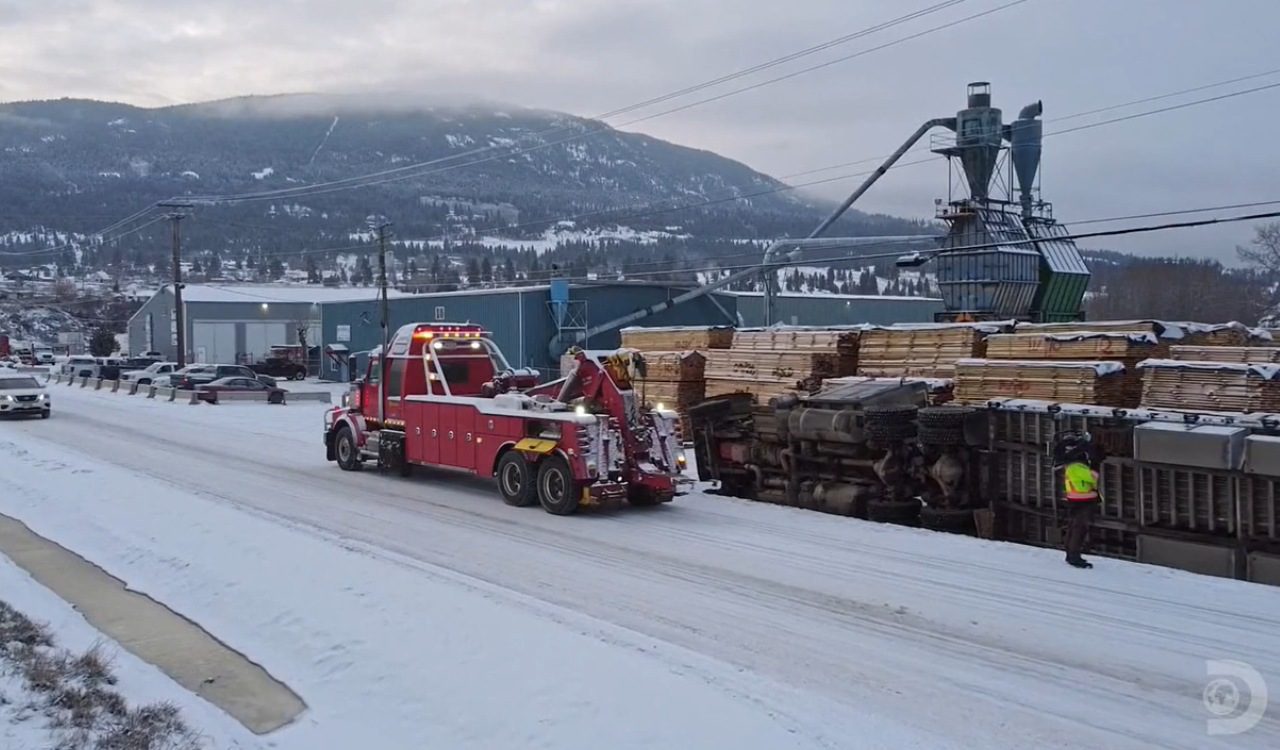 The first season began airing on September 4th, 2012. The series’ intense work and skill have led to it having many more installments over the years, with the 11th season airing on September 26th, 2022. Most of the documentary takes place in Hope, British Columbia, or the places surrounding it.

The documentary aims to exhibit the working of a rescue company, that arrives just in time to help the damaged vehicles get back to their place and prevent it from leading to any bigger accidents.

In the previous episode that was aired on November 28th, 2022, we see the team handling a very tangled situation. Due to the extremely cold temperatures, the crew goes around sanding the roads to prevent accidents. One of the vehicles get stuck due to a snowstorm, causing all the vehicles behind it to get stuck as well. The High maintenance supervisor, Curtis Brown, shows up at the site and helps the truck move forward.

Meanwhile, at Merritt, we see a giant truck carrying lumber rolled onto the side of the road. Moving the truck alone was one thing, but having to move it along with the lumber made the task much harder. After calling special help, the team manage to first bring the truck to its normal position and then later use a forklift to lift the pieces of lumber and stack them on the truck. 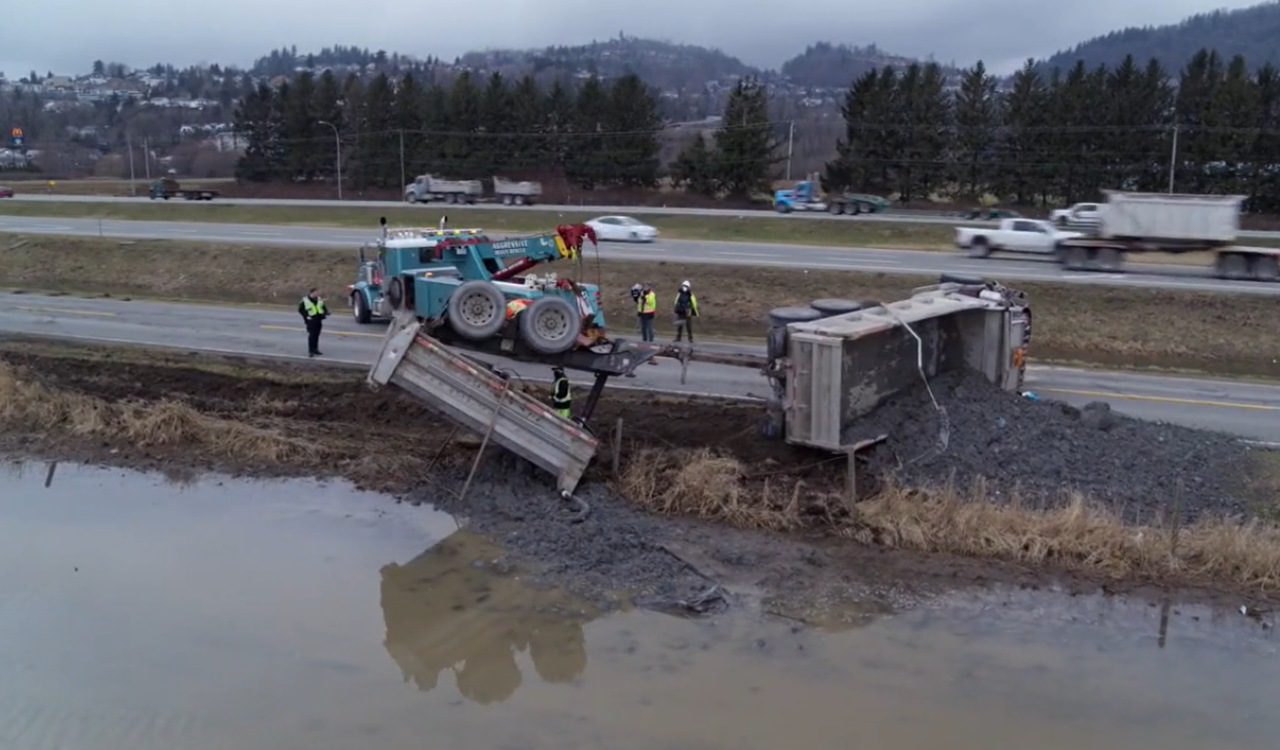 The point of focus then shifts to Abbotsford, where a dump truck had fallen into the ditch. We see a little about Jason and Jordan’s family, and they then proceed to call various helpers to overturn the truck. By attaching the ropes in various ways, the crew is finally able to make the truck normal after 2 hours.

Just outside of Hope, a guy seems to have tried crossing the road using his pickup truck but had gotten stuck in the murky waters. Reliable towers show up and help drag the truck out of the water, but it takes a lot of effort as there was a suction being generated. After calling for more help, the truck is lifted between two pickup trucks and is taken out of the river. 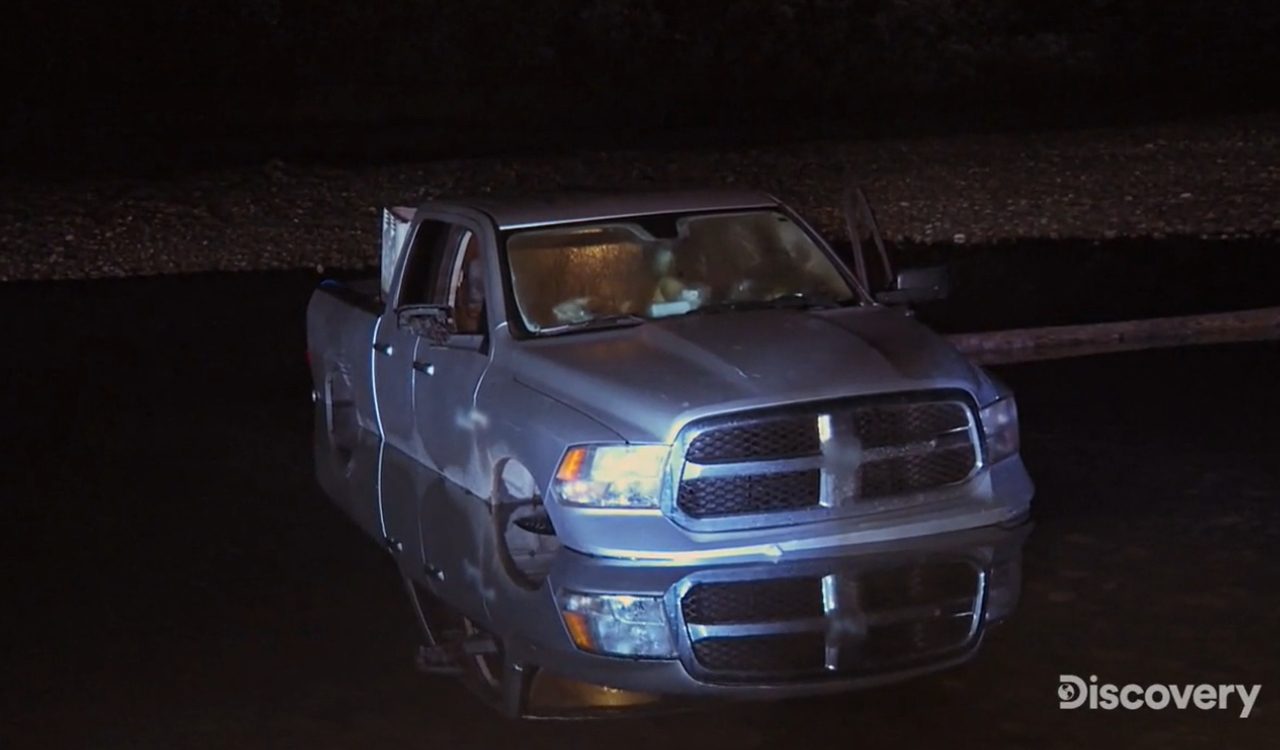 A Pick-Up Truck Gets Stuck In The River (Credits: Discovery)

The next episode of Highway Thru Hell will be airing on December 5th, 2022. New episodes of this Discovery channel show usually come out on Mondays, with a single episode lasting around 43-45 minutes.

In the upcoming episode, we’ll be seeing the crew rescue two completely helpless trucks. Both the rotators of Aggressive towers come in handy during their missions with the MSA. A vehicle ends up falling down a dark and deep road.

"She's a tad on the sketchy side!" Jamie's team gambles on a risky recovery MONDAY on #HWYThruHell… Don't miss it on @DiscoveryCanada at 6pm PT/9pm ET pic.twitter.com/gkop66fzla

This show is aired on Discovery Canada at 6:00 pm PT and 9:00 pm ET. Although the episodes are not streamed much outside Canada, viewers from the country can watch the show on CTV, right after they’re aired on the Discovery channel. Streaming platforms such as YouTube TV and Apple TV only contain the previous episodes of the show.