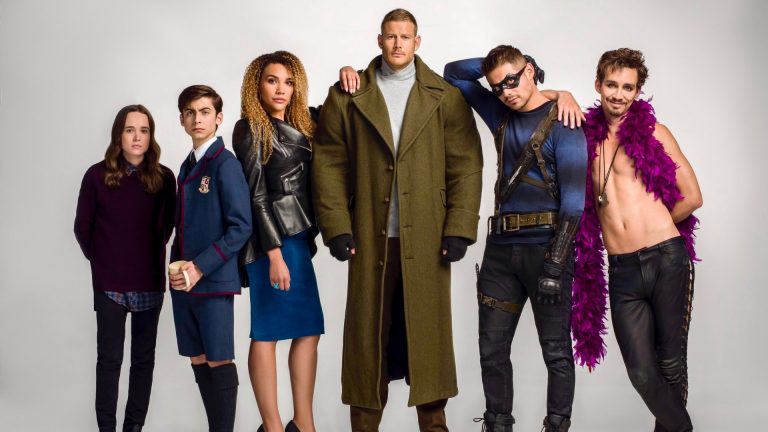 When networks and streamers enter fresh shows in the wake of a pause of production, a number of these television programs have been launched in other countries over the last year — but are now taking their bows stateside. Other programs try to attract the viewer as the usual post-Emmy eligibility drive takes a somewhat different form. As if it wasn’t enough to make another month impossible, July also sees the arrival of a new subscription channel, with a handful of Peacock’s originals to remember. It’s months like July 2020 that show that the Television spigot has never been switched off. Irrespective of the present state of TV output, there is no lack of new shows arriving to American networks in the coming weeks. Irrespective of what may end up in your regular rotation and what may fall through cracks, we’ve included first-time dates and network info for all of the series below.

13 Reasons Why fame Katherine Langford is in the protagonist role as Nimue in the new Netflix series based on the recent hit book by Tom Wheeler and Frank Miller, with Wheeler directing the series himself. Cursed has been associated with the Witcher and the Game of Thrones – both shows which have earned a cult following in the modern era. It is a twisted tale of the Arthurian Hero in which she opts to wield the sword. The series cast includes Katherine Langford (Nimue), Matt Stokoe (Gawain), Gustaf Skarsgård (Merlin), Peter Mullan (Father Carden). Devon Terrell (Arthur), Sebastian Armesto (King Uther Pendragon), and Lily Newmark (Pym).

Hanna is a thrilling series with a lot of action based on the 2011 film of the same name which starred Saoirse Ronan in the lead role. The series takes a hint from the film and carries on of its own in terms of story, setting, and storyline. Hanna is written by David Farr, directed by Sarah Adina Smith, and stars Esme Creed-Miles, Joel Kinnaman, and Mireille Enos. The season 2 of this hit Amazon original will take a deep dive into the life of Hanna after the end of season 1. The new season of Hanna will be available to stream on Amazon Prime Video from July 3rd

The Umbrella Academy ended on a cliffhanger, season one got positive reviews from critics as well as fans. It is based on the comics published by Dark Horse Comics and created and written by Gerard Way known for his earlier works as the Lead Singer in My Chemical Romance and illustrated by Gabriel Bá. The first season has a storyline that focuses on a dysfunctional family of adopted sibling superheroes who reunite to solve the mystery of their father’s death and the threat of an impending apocalypse.

4. The Alienist: Angel of Darkness – Season 2

The Emmy Award-winning period drama series, The Alienist is set in 1896 and focuses on the various murders around that time. The investigation team consists of Dr. Laszlo Kreizler, John Schuyler Moore, and Sara Howard played by Daniel Brühl, Luke Evans, and Dakota Fanning respectively. It has many similarities to Perry Mason and Sherlock that makes it one of a kind show that can be watched with such intrigue. Dr. Laszlo Kreizler has to investigate the case by understanding the pattern and the psychology of the killer, all the while, keeping his own terms and mind intact. The second season will hit TNT from 19 July 2020 and episodes will be aired weekly.

It’s been three years since Warner Media operated TBS announced Close Enough so it’s finally happening. Adult animated sitcom “Close Enough” is coming to HBO Max, and the streaming service released a teaser for the show recently on their youtube channel.it will find its way to the company’s upcoming subscription channel on 9 July.”Close Enough” is a quirky animated comedy featuring a married family, their five-year-old daughter, and their two estranged best friends/roommates living together in Los Angeles. They ‘re going through the transformative phase in your 30s, where life is about growing up, but not getting old. It’s about balancing life, kids, and chasing your dreams while avoiding time-traveling snails, stripper clowns, and killer mannequins. Their life may not be perfect, but it’s good enough for now.

The thoughts of a ninja-esque gang of vengeful nuns running around that fill any ex-Catholic school-goer with a certain sort of fear, but the cartoonish Warrior Nun is concerned with more spiritual concerns than any errant typos in the Missalettes. Adapted from a comic book of the same name, the plot centers around Ava (Alba Baptista), a feisty 19-year-old woman plagued by visions of her own death. As she wakes up in a morgue with an arrow in her leg, it seems like these night terrors have become a reality.

From the award-winning team of JJ Abrams, Sara Bareilles, and Jessie Nelson, the Little Voice is an Apple TV+ series. It is a romantic comedy and is a somewhat fresh take on a mainstream story of a young singer chasing his dream to go big in New York. Described as “a love letter to the eclectic musicality of New York,” the show follows Bess King (Brittany O’Grady), a talented singer who struggled to make her dreams come true while juggling life and difficult family issues. This is a fresh angle, a young but inexperienced artist who is trying to make her name while juggling several jobs and complicated home life.

8. How To Sell Drugs Online (Fast)

It is a coming of age German Teen drama which is known for its humor and fast-paced story, once you will watch it you will get hooked. The show is set in Rinsein and tells us the story of two teenagers named Moritz Zimmermann and Lenny Sander, who sells ecstasy online to rekindle Moritz’s ex-girlfriend and what follows is total chaos. The series is inspired by a true story, which took place in Leipzig in 2015. The second season will take place after the end of season 1 and will be available to stream on Netflix on 21 July 2020.