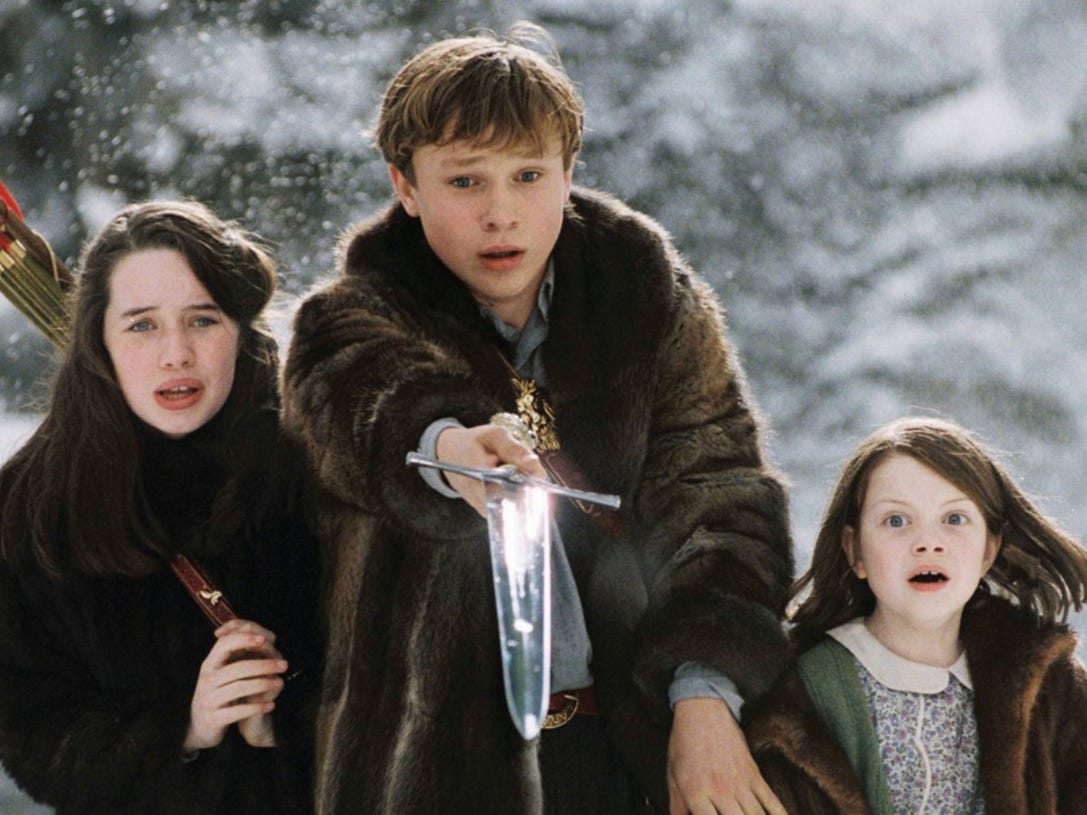 Cinema is an art form that is meant for everyone to watch and enjoy. And this includes people belonging to any and every age group. Sometimes, when everything goes haywire, a new film can somewhat set things right. If adults can prove this theory right, it is only fair that children can enjoy the multitude of experiences that films provide.

After all, it is true that kids feel everything we feel and sometimes – more intensely than we can ever imagine. There are several movies that one could enjoy with their children when it comes to this. These films range from comedy to family dramas and can be both animated and live-action. If you look this up on the internet, you will see that a very overwhelming amount of options are thrown at you. This can be quite a task to handle; we agree! This is why we are here to bring you 8 movies that we are sure that your kid will enjoy. And tell you what? We even believe that you will love these as much as your child does too!

This one kid’s movie that will make everyone shed a few tears. And hey, who said crying is bad? This is an important life lesson you should be teaching your kids, and what better way to do it than with a great work of animation. That is also not the only thing your child will be taking away from Coco. This movie has so many great themes attached to it that it is honestly hard to pick and point at a few. Of course, three of the major ones would be following your passion, family, and forgiveness. This is a movie that your kid should definitely not be denied of experiencing.

This is a Disney-Pixar film that came out in the year 2017. It was directed by Adrian Molina and Lee Unkrich and became an instant success when it came out on the big screens. The movie follows the story of Miguel, a kid who wants to pursue a career in music. Unfortunately for him, music has been banned in his household for generations. On his quest to prove that his passion is worth following, Miguel takes us on the journey of a lifetime!

This is one film that all of us have watched as kids and is a movie that has stayed special to us well into our adulthood. But the latest version of the film managed to capture the essence of the storyline just the same. Who would have thought we would all get to witness the magnificence of these characters for the first time once again? If we have had the chance to watch and enjoy this film, so should the generations to come. The movie is not only heartwarming but also a great work of cinema on so many levels.

The 2019 version of The Lion King came out in July and was directed by Jon Favreau. The film had some prevalent voices as part of the cast. This includes:

If you haven’t watched this movie yet, we urge you to do it right away because you will be missing out on so much if you don’t!

This is one of the best films that Disney has come up with in recent years, and we will not hear anything that is even slightly against this statement. Moana is a movie that gave us all hope that maybe there really is a better future for cinema. The movie also proved that works of animation are not to be taken lightly. The plot is new and fresh and tells the story of a character that truly manages to capture the limelight and run with it.

Moana came out in 2016 and proved to be a milestone for movies in this genre. The film went on to become a massive success, creating a cultural reset of sorts. It was directed by Ron Clements and John Musker and was lauded for its amazing filmmaking. The plot of Moana follows the title character, who is the daughter of Chief Tui. She sets out on a quest to return the heart of the Goddess Te Fitti, which was taken away years ago by a demigod named Maui. This movie is empowering on so many levels and is a must-watch for kids of all demographics!

What would this list be if Studio Ghibli is not featured on here? While it really was hard to pick one film out of the long list of great movies that Studio Ghibli had put out, Ponyo stood out to us in the end due to its aesthetic. This is one film that screams Ghibli at every turn. If you haven’t caught a glimpse of the classic cooking scene from the film, then we are sure that you will be pleasantly surprised when you watch it for the first time. It is oddly satisfying but knowing Ghibli films; this has always been a given.

Ponyo is a movie that came out in the year 2008. The plot of the movie follows a goldfish princess. The princess takes a dire trip and encounters a human called Sosuke. Sasuke soon names her Ponyo after which, she wants to become a human desperately. As the bond between the two grows, so does Ponyo’s humanity. But will the situation turn out how we think it would? Watch the film to find out!

5. A Wrinkle in Time

This is great as a book and is still great as a movie. This would definitely be on your kid’s designated reading list at school. Imagine the surprise when they learn that they could retain the story’s magic through a work of cinema too! Of course, while both of these can prove to be two completely different experiences, who said you could not have the best of both worlds? This one is a children’s film that involves unique themes and would make for an interesting watch.

This 2018 film is a book adaptation that was directed by Ava DuVernay. This follows Meg’s life after her father disappears into thin air after attempting to make a scientific breakthrough. After an encounter with three strange-looking creatures, Meg’s quest to find her missing father along with the help of her brother Charles and their friend Calvin. While this movie might not really be everyone’s cup of tea, we would say that it is defiantly worth watching at least once!

6. How to Train Your Dragon

We know you will find this film on the list and we are more than happy to prove you right. What would many a childhood be without this movie? We honestly cannot imagine, nor do we want to. This film came into our lives like the thunderstorm it is, and we were never the same after. You also know that all this hype is called for! This is a children’s film to top them all. 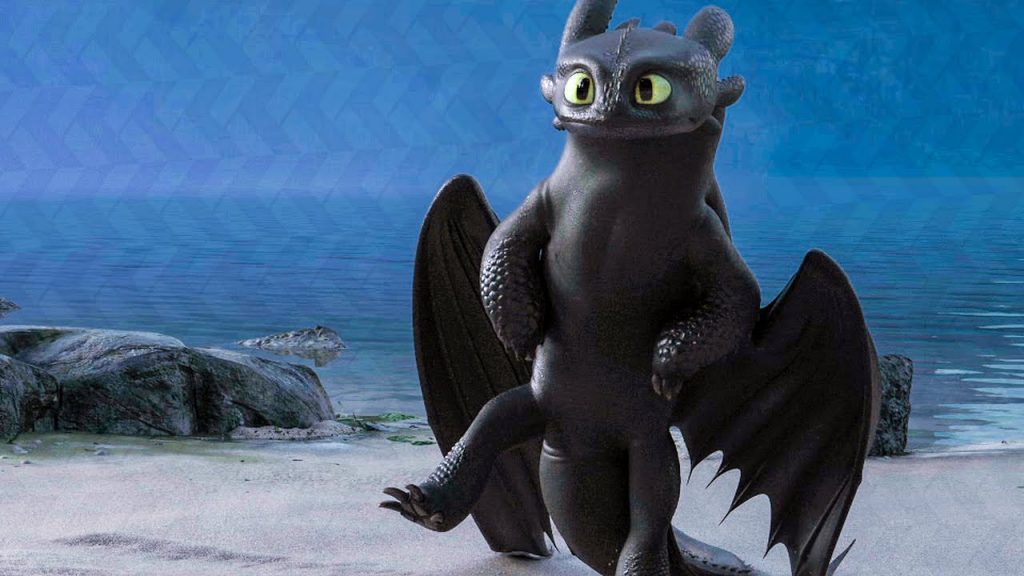 Night Fury – How to Train Your Dragon

This is a 2010 fantasy film directed by Chris Sanders and Dean DeBlois. The plot of the movie follows Hiccup, a young Viking who is a social outcast. To prove his worth to his family and peers, he should kill a dragon as it is customary for a person to do so to enter what they claim to be “manhood.” An attempt to do this ends up in an unlikely friendship between Hiccup and Night Fury, one of the deadliest dragons known to man.

7. Alice Through the Looking Glass

Tim Burton is involved in any film that can be downright scary for some kids, but hey, c’est la vie!

This movie takes the classic tale of Alice and her adventures in Wonderland and puts its own spin on it. This would also be great to watch with all the other films that feature characters from the universe. Make a game out of it; go wild! There are so many things we can do here! This film received quite a lot of negative reviews from critics, but the worst-case scenario here is you and your child having a laugh-fest, and that sounds like a pretty good time to us! Children’s films like these exist, and there is no hiding that fact.

This is somewhat of a modern take on the story, and we challenge you to make what you will of the phrase. This movie came out in 2016, and boy was the audience pissed. The aesthetic was frightening to begin with, and the storyline didn’t quite hit the mark. So why should we watch this? You might be asking us at this point. And to that, we say, because you can. Some films are so bad that they are actually good. This is one movie that might generously brush this category. Watch it to understand just what exactly we’re talking about!

8. The Chronicles of Narnia

The world is divided into two groups: one that root for Harry Potter and one that roots for The Chronicles of Narnia. From this list, we are sure you already know which part of the debate we belong to. In the middle, of course! We would never get such a biased wink. This will be the right pick if you are down for a great movie marathon with your children and loved ones. 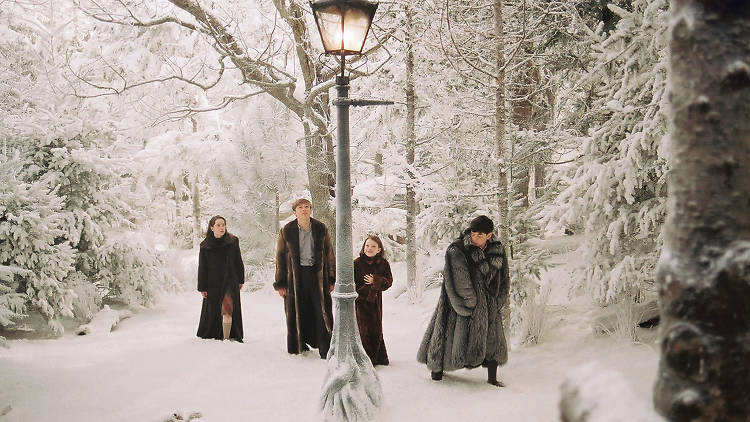 The Chronicles of Narnia

Of all the children’s films one could watch, these movies will always stand out. The first film in the franchise – The Chronicles of Narnia: The Lion, the Witch, and the Wardrobe came out in the year 2005, and we already knew that this was going to be something special. Something we would remember for a long time to come. In 2021, we are delighted to tell you that we were right after all. We do not have to elaborate the storyline to you because we all know the popularity of the franchise. Let’s consider this a gentle reminder of sorts that this series of movies exist, and it would be a crime to not introduce your kids to it right away!

Read More: The Hottest Sitcom Web Series of All Time To Binge Watch