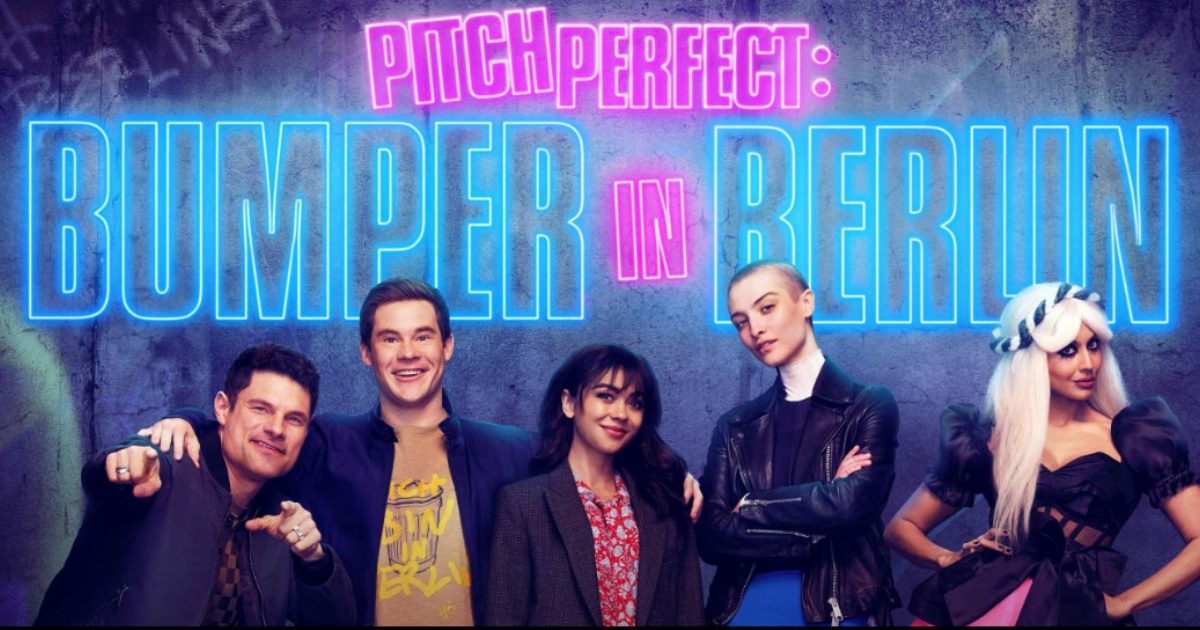 Pitch Perfect was seen for the first time on September 28th, 2012. At first, the movie barely had any viewers, but over the years it started gaining mass popularity. Seeing fans loving the movie, the creators launched two more movies in 2015 and 2017. Becoming a hit at the Box Office, the movies collected way more than 500 million dollars globally. It also became one of the top musical comedy films of all time.

This Peacock Original, made by Gold Circle Films and Brownstone Productions, was thought up in September 2021 and after almost a year, the streaming platform is all set to release the episodes. The show has no direct connection to the Barden Bellas but is based on Bumper Allen, who used to be one of the antagonists of the movies. As of now, there’s no news of Barden Bellas or any of the Treblemakers being a part of the show.

Pitch Perfect Bumper In Berlin: The Cast of the Series

The Protagonist, Bumper Allen, who used to be the leader of Treblemakers from Pitch Perfect, will be played by the same actor, Adam DeVine. Pieter Krämer, who is a supporting character in this series, is portrayed by Flula Borg. 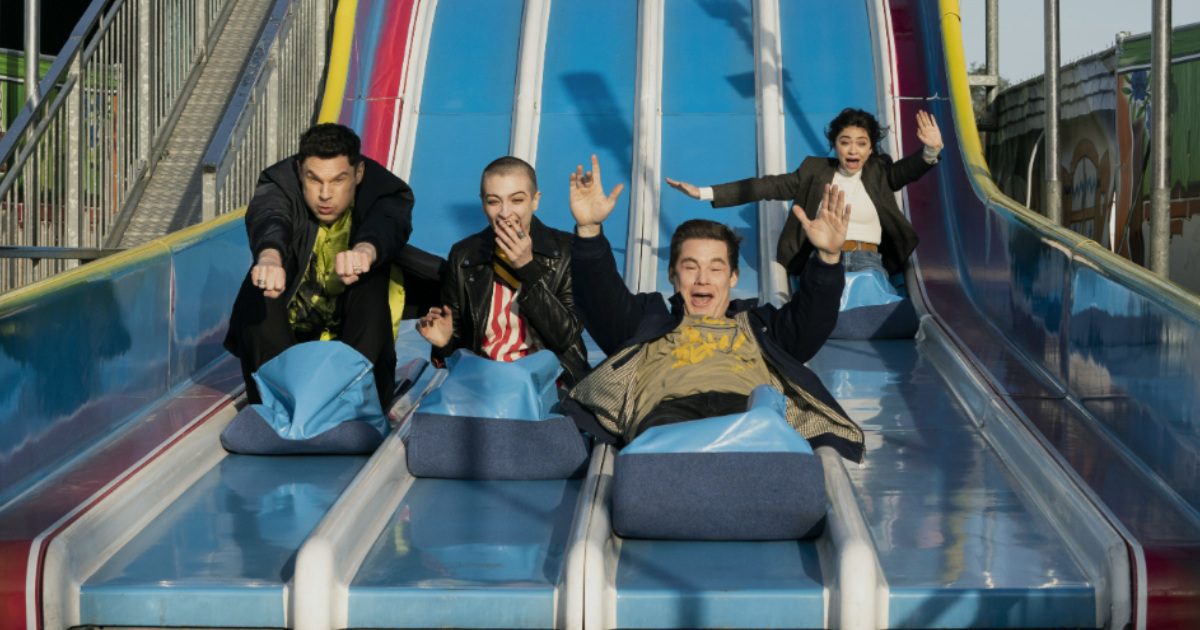 The Cast of Pitch Perfect Bumper in Berlin

Flula has been part of hit movies like Suicide Squad aside from the fact that he also appeared in previous Pitch Perfect movies. Heidi, the love interest of Bumper, is played by Sarah Hyland (Modern Family). Jameela Jamil, who has recently been appearing in a lot of series, will be playing the role of Gisela. Her character on the show is bossy yet elegant.

Pitch Perfect Bumper In Berlin: Season 1 will be released all at once on November 23rd, 2022. The show will start with Bumper receiving the news that one of his TikTok had almost 7 million views and is most famous in Berlin.

The series is ordered for six episodes, Here’s a quick summary of them:

Episode 1: A Face in Need of A Fist (Backpfeifengesicht)

Bumper Allen finds himself facing the opportunity to be a hit singer far away in Germany, so he abandons his job as a guard to pursue his career in music. Bumper shifts over to Berlin, where most of the series takes place.

Pieter Krämer will confront one of his past lovers, while at Pretzel Fest, Bumper tries to fix his mistakes. Heidi does her part in letting Thea know that she & Bumper should work together.

Pieter ends up booking a part of a radio show just for Bumper in hopes of helping him advance his career. Things between Bumper and Heidi seem messy, which causes him to apologize, but Heidi on the other hand is busy trying out new things on Thea’s demands.

Gisela, the ultimate performer, releases her music video and a new song. A meeting with a prominent director causes Bumper to feel nervous.

Just as Bumper and Heidi’s feelings were getting deeper, he faces a bad news. Heidi and Thea try to help him through it, while Pieter prepares him for a special day. 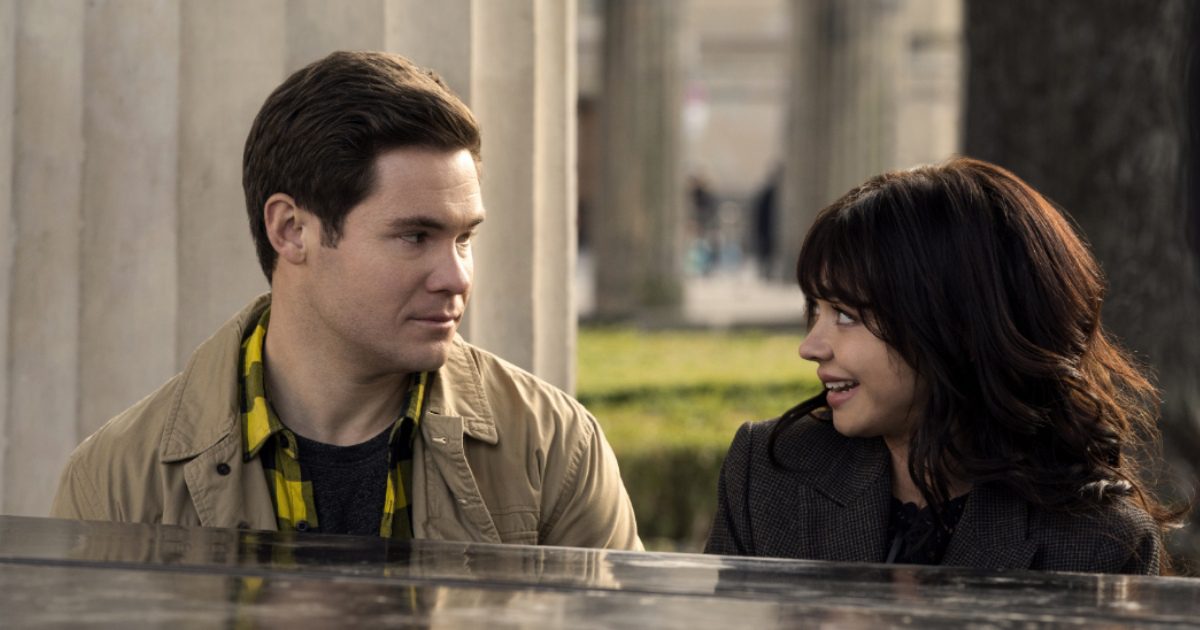 With Unity Day finally happening, Bumper’s whole career depends on this day. Seeing him be at odds causes Pieter and Thea to come up with a strategy that would save Bumper’s efforts from being in vain. As the Finale, Bumper and Gisela would perform at Unity Day together.

This Megan Amram series will be released only on Peacock TV for now. We may see the series later be adopted by other streaming platforms. The timing of the release will be 3:00 am ET & 2:00 am CT for viewers from the  United States.

Also Read: Where is Pitch Perfect 2 Filmed? Everything About The Movie’s Locations