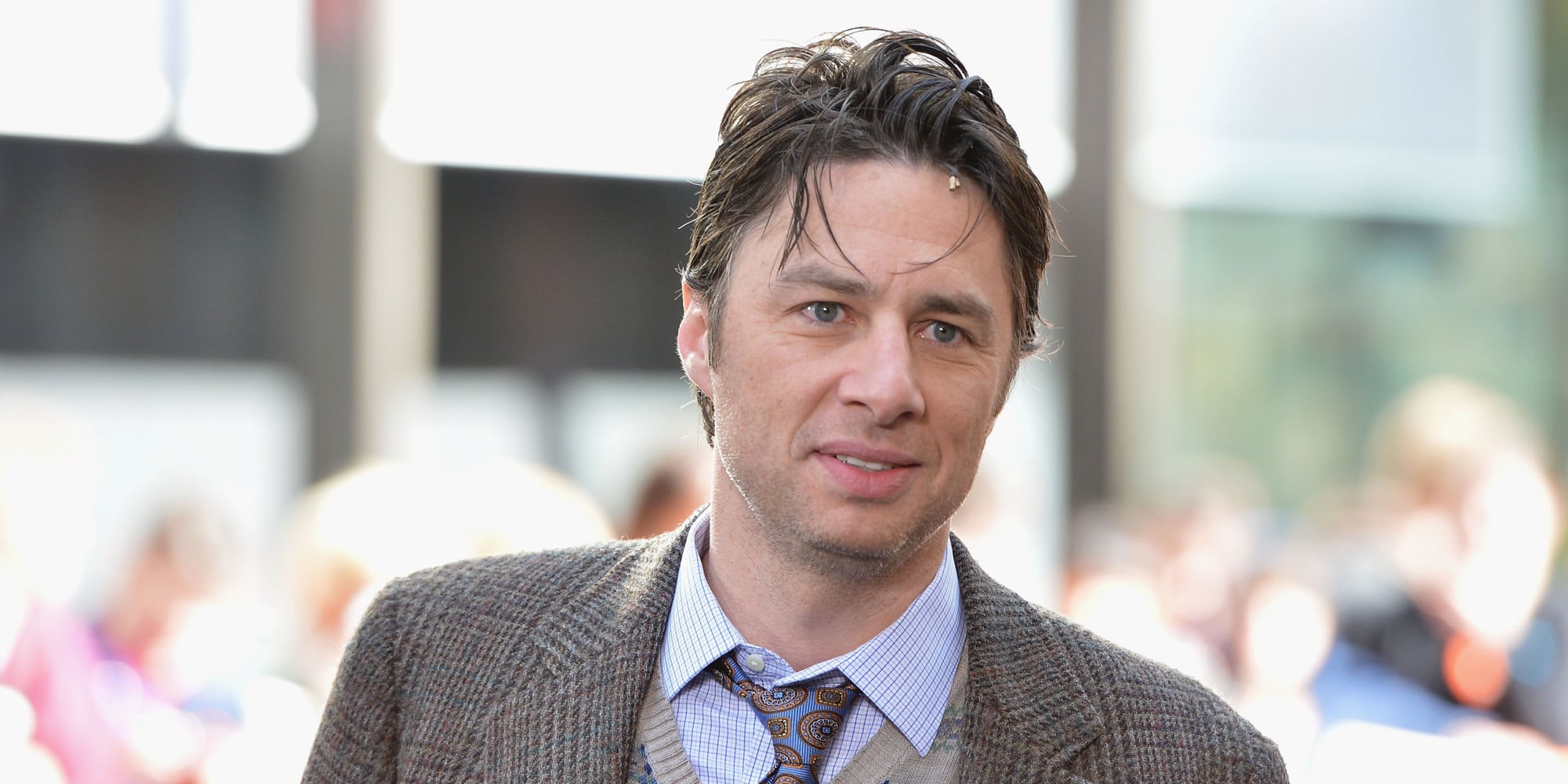 Today’s piece is all about Zach Braff’s Net Worth and Personal Life. Zach Braff is an actor, writer, producer, and director from New Jersey. JD is the role he is best known for which he played on the hit series scrubs. We are always kept up to speed on the lifestyles of celebrities. This is likewise true for any global events that take place. What is most intriguing, though, is the huge influence of popular culture on our lives these days. At the very least, our news feed is nearly constantly full of information and updates about our favorite social media stars. This post is about Zach Braff’s personal and financial life.

Zach Braff had his directorial debut with Garden State, which he also wrote and acted in. In 2005, he received a Grammy for Best Compilation Soundtrack for a Motion Picture, Television, or Other Visual Media for Garden state, he had curated the movie’s soundtrack himself. Wish I Was Here, Braff’s second directorial effort was released in 2014. The picture received mediocre reviews this time around, and it didn’t do very well at the box office.

Also read: Paula Jones Net Worth: A Scoop Of Her Personal Life

Zach Braff was one of the highest-paid performers on television when Scrubs was at its zenith. Zach Braff is worth $20 million and although his income fluctuated throughout the seasons, he was paid $350,000 per episode of Scrubs at one point. For the seventh season alone, this corresponds to over $3.85 million in annual pay. He also directed some episodes of the show as well. He jokes ” People didn’t like the fact that I did the last season of Scrubs for $35k per episode. When, in reality, I’m the one who’s being cheated because the writer’s strike is preventing me from earning all of the money I could. I must eat too!”.

The Baby-sitter’s Club was Zach Braff’s first television role, which he played in the 1990s. Following that, he landed his first feature part in Manhattan Murder Mystery, which got great reviews despite failing to break even at the box office. During this time, he also appeared on stage in a production of Macbeth for the Public Theatre in New York City.

For Scrubs Braff was nominated for three Golden Globes and an Emmy for his performances in the series until its conclusion in 2010. Zach Braff is best recognized for his role as the titular character in the Disney animated picture Chicken Little. He also provided the character’s voice in a number of Disney video games. Other works of his include The Last Kiss, Canadian independent film The High Cost of Living in 2010, Alex, Inc. in 2018. He also starred in The Ex in 2006, which was a critical and commercial flop.

Even after working on scrubs, Zach Braff was a theatre geek. In 2002, he appeared in the Public Theatre of New York’s production of Twelfth Night. He was a member of an off-Broadway cast of The Trust (2010). In 2014, Braff made his Broadway debut in the musical Bullets Over Broadway.

Garden State grossed over $35 million at the box office, a respectable haul for a picture with a $2.5 million budget. Despite the fact that Zach Braff appeared in the picture, he received a second directorial effort, which was released in 2014. The picture received mediocre reviews this time around, and it didn’t do very well at the box office. He’s also known for directing music videos and serving as an executive producer on a number of documentaries.

Zach Braff founded Mermaid Oyster Bar, his own restaurant, in 2009. He also gave a large sum of money to the Rio Theatre in Monte Rio, which enabled them to purchase a new digital projector. Since 2020, Donald Faison and Zach Braff have collaborated on the podcast ‘Fake Doctors’. They revisit each episode while disclosing their experiences on production, and the podcast serves as a kind of “behind-the-scenes” analysis of Scrubs. 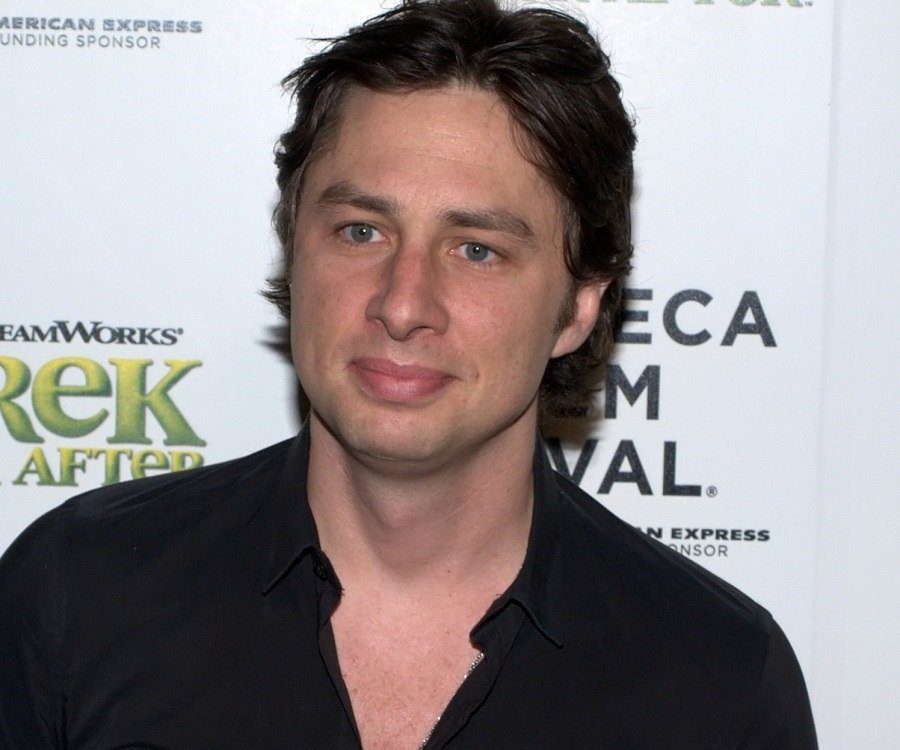 Zach is a dedicated Democrat. In his leisure time, Zach Braff is an amateur pilot. He received his pilot’s license in 2008, allowing him to fly a Cirrus SR20 without supervision. The Cirrus SR20 is one of the most popular planes for civilian usage, and flying schools frequently use them.

He dated Mandy Moore in 2004 which lasted for 2.5 years old. From 2009 through 2014, he dated model Taylor Bagley. He has also dated the young heartthrob Florence Pugh, an actress most recognized for her part in Lady Macbeth. The reception to this has been controversial as they have a 20-year-old difference.

Pugh, on the other hand, is not hesitant to confront detractors head-on. In 2019, Pugh uploaded a picture of herself in front of Greenblatt’s Deli on Instagram, Braff replied with a princess emoji showing his love for his partner. This made a lot of Pugh fans show offense towards their age gap. When one Instagram user said to Braff, “You’re 44 years old,” Pugh simply replied, “And yet he got it.”

Also Read: Russ Net Worth: How Much Affluent Is The American Rapper?