The fans of this American sitcom have now probably watched the previous episode and are quite excited for the release of Young Sheldon Season 5 Episode 3. This is not a surprise considering the popularity of this television series. It has been a successful journey for the show till now with its previous four seasons, and now we are in the fifth season. The series first came out in the year 2017 on 25th September. In addition to that, the pilot episode managed to cross the giant mark of seventeen million views, and that too only in the United States.

This made the producers greenlit the show for a proper season as the pilot came out as a preview. Season 1 started airing on 2nd November 2017 and garnered quite a big fanbase. However, there was one major reason for the instant success of the show. This is a spin-off television show of another globally popular sitcom television series titled “The Big Bang Theory”. That series had a very long and successful run of a total of twelve seasons. However, the series finally came to an end in the year 2019.

Although, “Young Sheldon” gave the fans of the original series another well-deserving sitcom to get hooked on. Furthermore, it also managed to grab the attention of the viewers as it is a prequel rather than a sequel to the original series. The character of Sheldon Cooper has also been the most popular one in the original series, which is also one of the reasons for the idea of this show. The viewers have recently had a fun experience watching episode 2, and they are eager for the release of Young Sheldon Season 5 Episode 3. 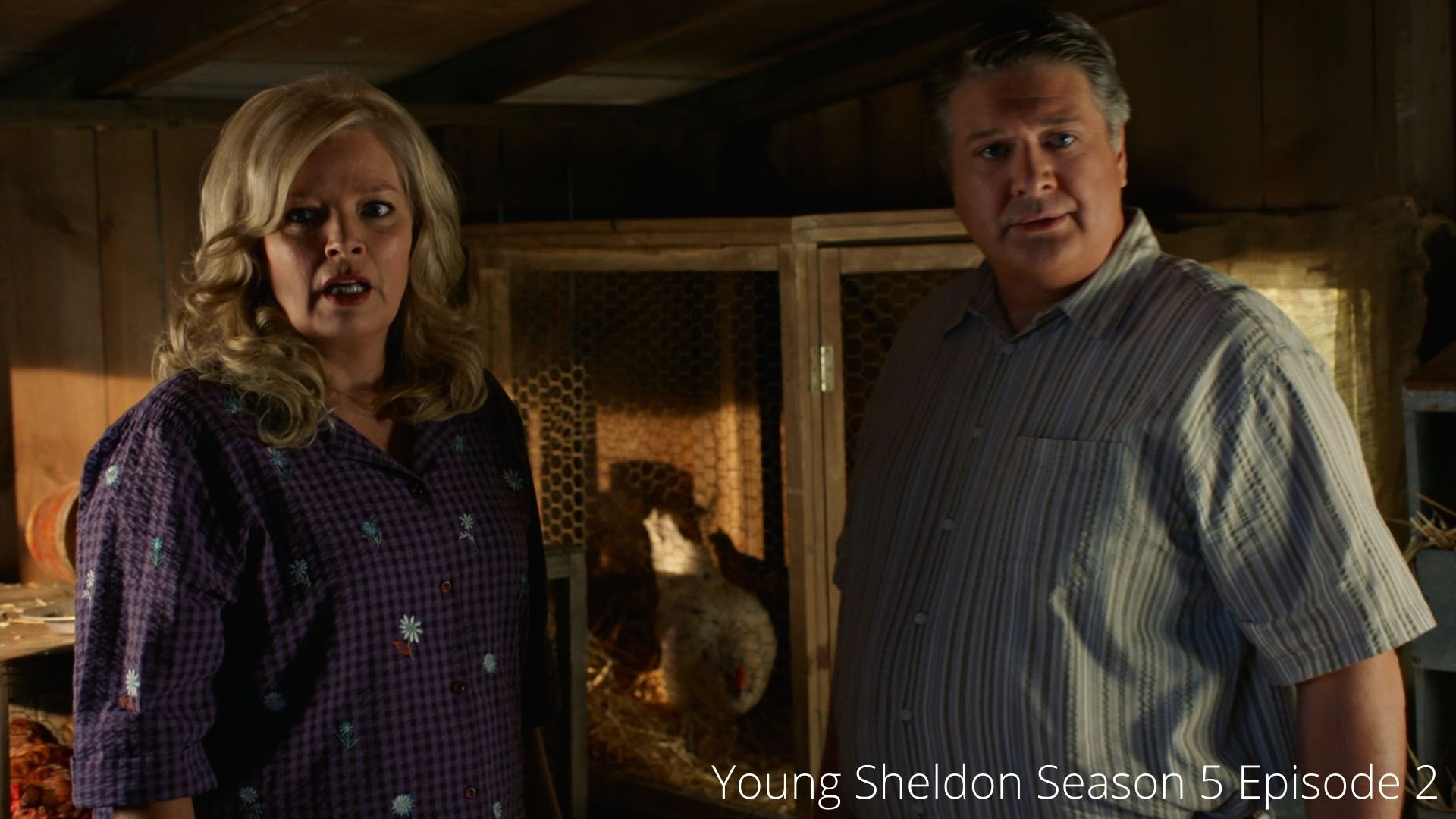 Episode 2 of Young Sheldon Season 5 came out on 14th October 2021. Furthermore, the episode was titled “Snoopin’ Around and the Wonder Twins of Atheism”. The episode started with Adult Sheldon telling how he used to hate Sundays. Then we saw young Sheldon go to Sunday school, which was the worst part for him on a Sunday. On the other hand, Pastor Jeff teaches Sheldon and other kids about a story from the Bible. However, after the class, Jeff decides to hire a new youth pastor who would better connect with the kids.

On the other hand, we see Brenda trying to get away from Connie as she talks about George and what happened with them the previous night. Meanwhile, Mary gets jealous of the idea of getting a youth pastor. However, Jeff finally hires a Pastor named Rob as he impresses him with his concept of connecting with kids. On the other side, Missy talks to Sheldon about Atheism. She asks him what it is like to not believe in God, and Sheldon seems to love having a conversation on this topic.

The kids finally meet Pastor Rob at Chruch school, and surprisingly he impresses Sheldon as well. The main reason Sheldon likes him is that Rob tells them to think about what they believe and connects with them very well. However, Mary again gets jealous when she hears praises from Missy as well as Sheldon about Rob. Meanwhile, George talks to Connie about her asking questions at the bar behind his back. He assures her that nothing happened between him and Brenda the other night. After that, he meets with Brenda to discuss the situation, and they decide not to go to the bar at the same time for a couple of days.

Young Sheldon Season 5 Episode 3 will release on 21st October 2021 at 8 pm ET on CBS. Each and every episode of this American sitcom brings in a lot of fun that keeps the fans hooked, and they want more. In addition to that, the episode will be titled “Potential Energy and Hooch on a Park Bench”. The next episode will again bring in a lot of fun as Sheldon’s older brother Georgie will probably decide to drop out of school. This will create quite a drama in the Cooper family, and Mary will get worried. However, it seems like Sheldon will have a suggestion to Mary’s tension. So stay tuned to watch the show releasing this Thursday.

The spin-off prequel to “The Big Bang Theory” has been quite successful over the years, and now we are in the fifth season. Therefore the fans are wondering about where to watch Young Sheldon Season 5 online? So, here is a proper and detailed answer to that question. “Young Sheldon Season 5 airs every Thursday on the CBS television network at 8 pm ET.” Furthermore, the show is available on Amazon Prime Video and Youtube TV as well. So go ahead and start watching the latest season if you have not already.

Banished from the Hero’s Party: I Decided to Live a Quiet Life in the Countryside Episode 4: Release Date & Preview

Who Has The Highest Bounty in One Piece?

Who Has The Highest Bounty in One Piece?