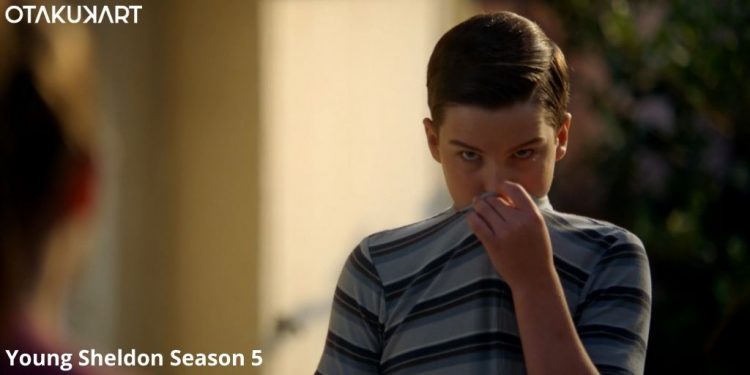 Things are going to get interesting for Sheldon in Young Sheldon Season 5 Episode 10 as he gets to live in his own dorm room at college. Meanwhile, in the previous episode, we saw that Sheldon froze for the first time during his test. Moreover, first, he blamed Missy for this situation as he thought he got it from her. Whereas, Missy was also having trouble while pitching the ball during her baseball game.

In addition to that, things were getting out of hand for Coach Dale who was trying to train her. At the cooper house, George tried diverting his mind by having a romantic moment with his wife Mary but she refused. Whereas, the situation was getting a little difficult for him when he had to be around Brenda every once in a while to help her fix things at her house.

The ongoing American sitcom show is a prequel to the hit television sitcom series titled “The Big Bang Theory”. Although, it features only the character named Sheldon Cooper in his early years as a young talented boy. In addition to that, the story also focuses on Sheldon’s family that consists of his older brother and sister. The show is airing its fifth season currently which premiered on 7th October 2021. However, the viewers are now eager to watch Young Sheldon Season 5 Episode 10. But first, let’s take a look at the previous episode and find out how Sheldon cleared out his mind.

Episode 9 of Young Sheldon Season 5 came out on 9th December 2021. Moreover, the episode was titled “The Yips and an Oddly Hypnotic Bohemian”. The episode began with Meemaw visiting her granddaughter’s practice session to see her pitch. However, Missy couldn’t seem to throw the ball on the right target. Therefore, Coach Dale went ahead to tell her that she might be experiencing the Yips, which is a situation where someone cannot perform something that they are best at doing. He further told her that even pro players face this and told her to clear her mind of any other thoughts.

On the other hand, we saw George helping Brenda with her car trouble. In return, she offered him Beer at her house but before leaving George saw that a lot of things were needing repair at her house. Therefore, he offered his help to her but she politely refused. Although, Mary told George at home that Brenda was just being proud but she does need his help. Then we saw Sheldon studying for his midterms which are his favorite exams. But then he saw Missy practicing to pitch and learned about the Yips from her. The next day at college, he froze while solving the last question which he knew perfectly. This got him irritated and he thought he had contracted the Yips from Missy.

However, George and Georgie both gave their own advice to Sheldon to deal with the Yips, but it didn’t seem to help him. Eventually, he came across an artist on a television program who had a voice that felt soothing to Sheldon. At last, it cleared out his mind and he got his focus back and retook the test and completed it. Whereas, George had a small argument with Brenda thinking she was being too nice to him with all the meals and drinks she offered. But she assured him she was just thanking him for his help in the house. Meanwhile, Missy also got her focus back when Coach Dale made her angry and asked her to picture his face on the gloves and pitch the ball and it worked.

“Young Sheldon Season 5 Episode 10 will release on 6th January 2022 at 8 pm ET on CBS.” Furthermore, the episode will be titled “An Expensive Glitch and a Goof-Off Room”. The episode will see Sheldon getting his own dorm room at college. But it will be to help him spend the break time between two classes. Meanwhile, Missy will not like that Sheldon is getting two rooms, one at college and one at home. On the other hand, Meemaw will get a new business partner which she did not want.