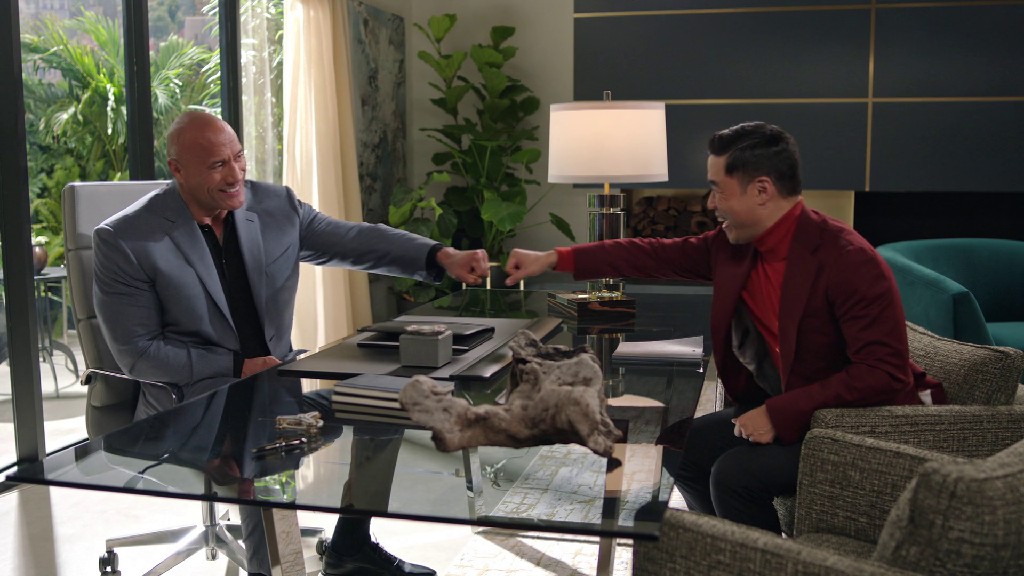 Karen is looking to come over to Dwayne’s house while in the future The Rock faces public relations crisis in Young Rock Episode 8. Nahnatchka Khan and Jeff Chiang created Young Rock for NBC, telling the story of Dwayne “The Rock” Johnson. The sitcom is currently on its first season run, covering 7 episodes so far. Another two episodes are slated to follow. So far, the series is having a decent run with positive views from the audience. The viewers have praised the show for keeping the comedic elements intact with the biographical story of Dwayne Johnson. Also, for telling two sides of the story in the past and future as well.

Young Rock follows the story of Dwayne The Rock Johnson. First, in the future where he is campaigning for the 2032 United States presidential election. While he carries on, he sits on an interview in each episode, telling a story. Right from his childhood to the man he has become today. Here we are taking a look at what happened previously on Young Rock and what we can expect from the upcoming eighth episode of the series.

Previously On Young Rock, we saw a teenage Dwayne spending time off after an injury during a football match. He starts preparing for a comeback, but his grades don’t fit in for him to go back to the team. If not good grades, the coach offers him a campus job. Doing that would help Dwayne to return to the field as soon as he wants. On the other hand, after years, Grandma Lia is back in the United States to visit her family. 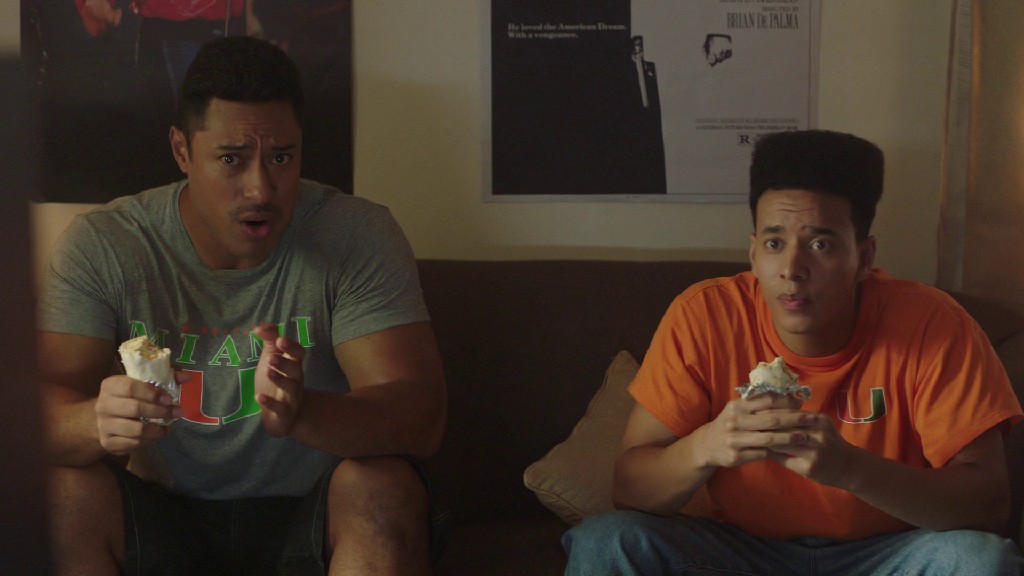 Dwayne is assigned to a department called Phone services. His job is to check if all the phones are operational within the two. He is partnered up with an experienced professional named Hopkins. As the duo leaves for work, instead of work Hopkins takes him to hang out and tells him about the biggest scam. For years Hopkins has gone home, watched some action flicks, and returned with a checklist of phones without even checking them.

Dwayne listens to Hopkins, and they enjoy time together watching several actions flicks together. Dwayne and Hopkins return to the office and are told about Amanda Chavez.  She came from HQ to do quality control. Now Dwayne’s football career is on the line if any one of the phones is not working. 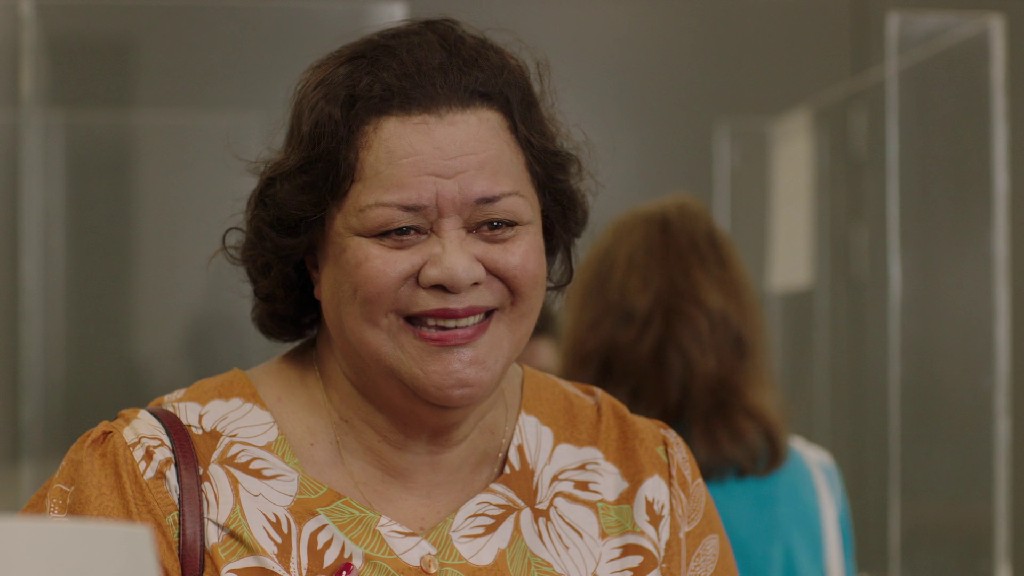 As Grandma Lia gets along with her family and friends of Rocky Johnson, Dwayne and Hopkins are on a race with Amanda Chavez. They check out all the phones only until Hopkins finds himself injured. One phone remains which is technically down. Dwayne uses four wheels to travel to the location before Amanda does. He takes required help from the office to fix the phone in time. The episode ends with General Jackson appreciating Dwayne Johnson for defending her initially in the episode.

Also Read: Will There Be Snabba Cash Season 2?

Young Rock Episode 8 is titled “My Baby Only Drinks the Good Stuff.” The official synopsis of the episode takes us to Pennsylvania, 1987. The episode will see Karen ask Dwayne to come over. For the past episodes, Dwayne has been lying to Karen about being rich to impress her. Now that she wants to come home, his secret is about to go down real good. On the other hand, in Future, Rock is having quite a public relations crisis during his campaign for the 2032 United States presidential election. 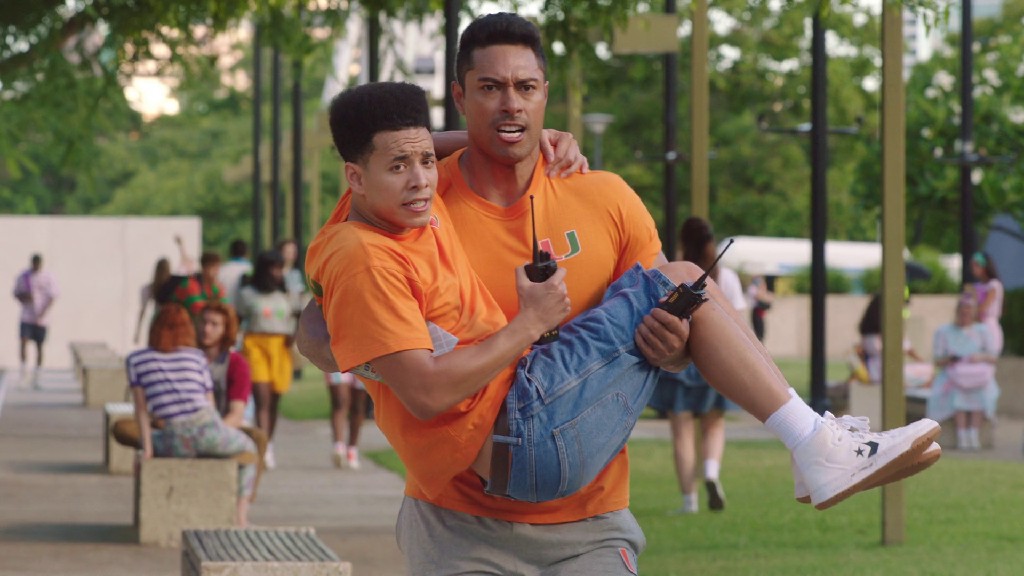 Well, now Dwayne is building up to Karen for episodes. Will he be able to come up with a plan or cover up to keep his secret from Karen’s remains to be seen. Furthermore, even if Karen finds out about Dwayne, what will be her reaction? Will she accept Young Rock for who he is in. All in the upcoming eighth episode of Young Rock.