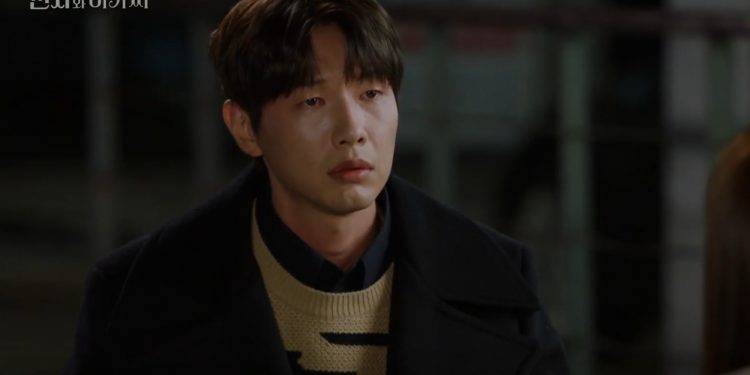 'Young Lady and The Gentleman'

‘Young Lady and Gentleman’ Episode 22 is coming out this weekend, and Young Guk doesn’t want to pretend that he has feelings for Sa Ra. Although he was very excited once he got to know her and Sa Ra were supposed to get married before his accident. But as time passed, his relationship became wired, and he found himself suffocating in it. He started questioning their relationship when Jung Won questioned him about his relationship. As Young Guk had to go back into the office despite being on sick leave. Him being in his ‘youth’, he doesn’t really want to work. After getting done with whatever he could, he got to talking to Lawyer Ko and got to know something shocking.

As Lawyer Ko got to know that Young Guk is marrying Sa Ra as they were in a relationship before his accident. He told her that he never mentioned his relationship with Sa Ra to her. But always mentioned that he was dating a younger girl. Getting confused, Young Guk thought that he was cheating on Sa Ra with a younger girl. He told Lawyer Ko to keep this a secret and went back home with Sa Ra. But the thoughts of him being a cheater and hurting his partner just like his father didn’t sit right with him. As he got on his knees to apologize to Sa Ra outside.

The Proposal That Went Not So Right

As Sa Ra asked him about the reason for the apology, he told her that he might’ve had an affair with a younger woman before the accident. Although Sa Ra played it chill at that time, deep down, she knew that he was talking about Dan Dan. Looking at her getting sad, Young Guk wanted to make it up to her. So he went to Ms. Yeoju and asked her to prepare their cottage with a bonfire and a romantic dinner. Showing her and Dan Dan the wedding ring he got Sa Ra. Young Guk was all ready to make it up to Sa Ra for a crime that he might’ve committed before, so while Ki Ja was enjoying and counting the hard cash that she got from selling Dae Ran’s gold. That mind you! Dae Ran seems to be hallucinating about.

Young Guk came over to her place with some gifts. Hearing him call her mother-in-law was such a pleasure for her, along with so many gifts he brought. Asking Sa Ra to get ready with him, they both got ready to spend the night together at the cottage. Reaching the cottage, Sa Ra was shocked with the arrangements, feeling like the luckiest woman in the world. She went on to eat the dinner that he grilled. And as Young Guk went on to call it the ‘highlight of the night, he took out the ring and gave it Sa Ra. Having their moment hugging with the romantic music playing in the back. As they were about to kiss, something kicked in Young Guk as he pushed Sa Ra away, making her fall to the ground.

While Sa Ra got angry and worried, thinking if his memory came back. Young Guk called Sa Ra in the garden to talk about what had just happened. Apologizing to her, Young Guk revealed that she feels like a sister to him and that it would be better if they go home. Going their separate ways, while Sa Ra went on to drink and later on called Cha Gun to get her back home. Young Guk went to the convenience store to drink and think about what had just happened. On the other side, Dan Dan was drinking at the park, getting jealous over how Young Guk and Sa Ra would be enjoying themselves.

As she walked back home, she spotted Young Guk at the convenience store drinking. As she went on to ignore him, he called her over to sit with her. Telling her to listen to him as he needed someone to talk to, he told her his ‘friend’s problem. He told her that his friend wanted to make it up to his girlfriend and go out, but he pushed her away. Asking her what his friend should do, Da Dan attacked him if his friend was two-timing too. Telling him that the guys who two-time should be ripped apart from the feet, Dan Dan went back home. While as Young Guk walked back home, Sa Ra’s car pulled up inside too.

As he apologized to her, Sa Ra asked him to try again and put some more effort in. They went out on a movie date. But as Sa Ra was being romantic and getting close to him, Young Guk felt weird. After the movie when she suggested going for some food. Young Guk faked being sick and went back home. So when Sa Ra got some meds for him, he told her to leave him alone as it was suffocating him to the core.

What Is Up With Se Ryeon and Dae Beom?

While Dae Beom and Cha Gun were at their truck, the two got attacked by a woman asking them how can they sell trash. Blaming them that her son almost died with a stomachache, she went on to destroy their setup and threatened them with a police complaint. Sitting together Soo Cheol and Dae Beom got to talking. As Dae Beom apologized and cried about the debt, he owed to him. Soo Cheol just asked him if he ever asked him for anything. The next day while Cha Gun went on to give an interview for a new job, Dae Beom returned to his food truck. Putting on his discounts, moves, and jingles, he tried to sell his chicken skewers. But people just looked at him funny and moved on.

As he looked up in the small crown, he saw Se Ryeon looking up at him, crying. Running to her, the lovers hugged each other. Not wanting him to struggle anymore, Se Ryeon told Dae Beom to come with her. And tired of everything, Dae Beom just cried and told her that he is ready to go with her leaving everything behind. So now, while his family looked for him everywhere, Dae Beom is spending his time Se Ryeon.

Also Read: Lee Hwi’s Life Is In Danger in ‘The King’s Affection’ Episode 16

Young Lady and Gentleman Episode 22 will release on December 5, 2021. The upcoming episode is going to be an interesting trip as all the families are getting connected to each other while Dae Ran is telling Young Guk to marry Sa Ra because it would be good for him. He doesn’t wanna marry without love. While being close to Dan, Dan makes his heart pound. On the other side, Jun O and Mi Rim were back in class again, but things were awkward between them after the accidental kiss. After the class, she waited for him outside, and he went on to clarify that he wasn’t a creep. Telling him that she didn’t mind him, she asked him on a date that he agreed to go on.

While Dan Dan went to Anna to ask if the job offer was still available. She told her that she would be able to join her after six months once her deal with Young Guk was over. But getting to know Young Guk and Sa Ra might not end up together. She might be ready to change her mind.

Where To Watch ‘Young Lady and The Gentleman’ Episode 22?

‘Young Lady and The Gentleman’ Episode 22 will be available to watch on channel KBS on cable TV. For the global premiere, viewers can head to streaming services like Viu and Rakuten Viki. For a collection of behind the scene videos and previous episodes, fans can head to the youtube channel for KBS World. Each episode has a runtime of around 70 minutes.

Also Read: ‘The King’s Affection’ Episode 15: Will This Be The End Of Da Mi’s Facade?