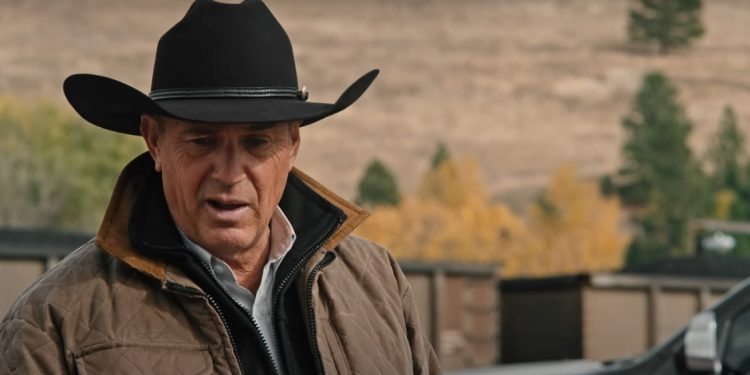 As the second half of season 4 comes right off the tunnel, there is an unsettling air of stillness in Duttons’ existence. For Yellowstone Season 4 Episode 6, the Duttons have recovered from the assaults on their life. Still, the tragedy has influenced how they handle issues in the future. Back in the fifth episode, John resolves to deal with animal rights activist Summer Higgins, while Beth accepts a new job at Market Equities.

Rip and Lloyd’s relationship is jeopardized, and Jamie is forced to face his biological father. All of these events indicate that the upcoming episode will have significant repercussions for all of the characters, and we can’t wait to see how they play out. How can greed, spite, and rancor play out in the second half of this season? Are we seeing any more drama? We know that Yellowstone knows how to deliver.

Yellowstone Season 4 Episode 6 will release on December 5, 2021, at 8:00 PM Eastern Time, United States on Paramount Network. To begin, this season consists of ten 45-minute episodes. Second, each new episode is released on Sundays. Taylor Sheridan also wrote the script for this episode. Finally, the episode is titled “I Want To Be Him.” This episode’s potential scope will be discussed further in this article. In the next area, we will inform you where you can watch this Paramount western drama series.

Where to Watch Yellowstone

Cable customers may watch ‘Yellowstone’ Season 4 Episode 4 when it airs on Paramount Network. The fourth episode is also available online via the Paramount Network app or the official website. Those without a cable subscription, on the other hand, may watch the new episode through live TV streaming providers such as Fubo TV, Sling TV, Spectrum, Xfinity, Hulu+Live TV, DirecTV, Philo TV, and YouTube TV.  Additionally, you may also purchase the next episode on VOD platforms such as Vudu, iTunes, Google Play. Amazon Prime Video, the Microsoft Store, and YouTube. Lastly, Season 4 episodes will be accessible on Peacock TV in the not-too-distant future.

‘I Want to Be Him,’ the sixth episode of ‘Yellowstone’ season 4, is sure to have exciting ramifications for all of the key characters. Firstly. John’s plan to show Summer the ranch might backfire, and he may come to realize his mistake. Summer may also take a lesson about the realities of the challenges she is battling. Summer’s presence at the ranch may intimidate Beth, and the two may disagree. We’ll also see how Beth adjusts to her new work at Market Equities and what Caroline has in store for her. Beth may be forced to make ethically dubious decisions.

In other news, Jamie’s elation at finally seeing his son is likely to be short-lived due to his forthcoming showdown with Garrett. Garrett, on the other hand, seems to have foreseen this issue. Moreover, Garrett will likely have a strategy in place to manipulate Jamie. It remains to be seen if Jamie’s newfound freedom opens the door to reconciliation with Christina. The tension between Rip and Lloyd might escalate to another altercation, causing a lasting rift in their relationship.

‘Under a Blanket of Red,’ the fifth episode of ‘Yellowstone,’ is titled. In the first scene, Beth assists John in falling asleep after they discuss how to find consolation. The ranchmen return to work the next day, and Rip assigns them the duty of breaking in the new horses. Rip, on the other hand, handles Lloyd brutally, and as tensions between the two mount, Rip is obliged to remind Lloyd that they must put the ranch ahead of their own interests. 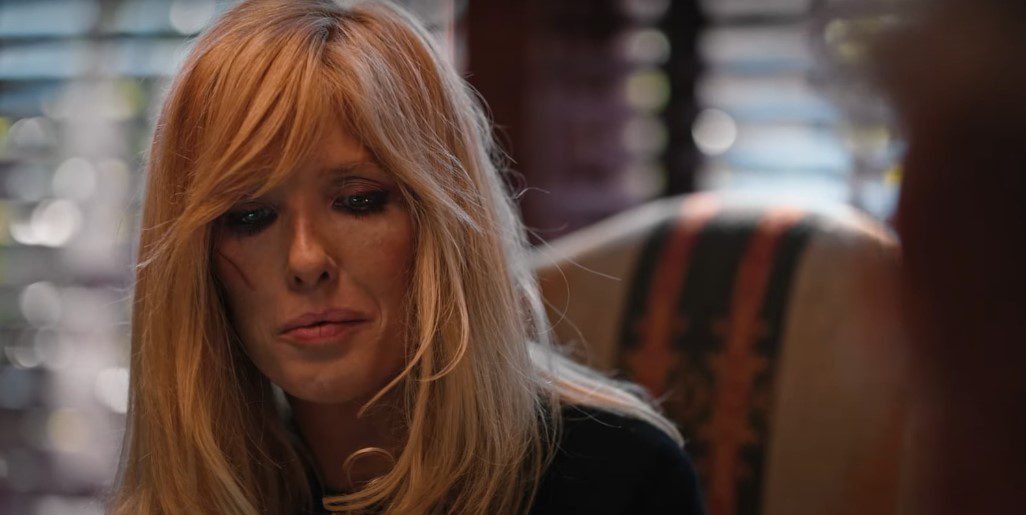 Is Beth going to fire Bob Schwartz? Market Equities Executive Caroline Warner offers Beth a job in the previous episode. Beth agrees to explore the offer in exchange for a majority ownership in her old business, Schwartz & Meyer. Beth was sacked from the corporation in disgrace after being suspected of financial crimes and price manipulation. She decides to accept the position after talking with John because she wants vengeance on her previous employer, Bob Schwartz.

Her new position at Market Equities provides her total influence over Schwartz & Meyer’s day-to-day choices, allowing her to rapidly effect change in their top management. Beth plans to fire Bob as retaliation for her unfair dismissal. By dismissing the head of Schwartz & Meyer, Beth sends a clear message to everyone that she is in control and that they should never interfere with her. She also intends to relocate the firm’s headquarters to Bozeman, Montana, and we’ll have to wait and see how it unfolds. Beth performs best when no one challenges her authority, which her new job will enable her to achieve.

Who does Jimmy run into?

In the last seconds of the episode, we meet up with Jimmy, who has arrived at the Four Sixes Ranch. He is entirely ignorant and befuddled as he tries to figure out what to do in his new circumstances. He falls asleep on a seat but is awakened by a discussion between two elderly guys. The guys are enthusiastically discussing rodeo, and Jimmy is listening to them until a cowboy beckons Jimmy.

The cowboy informs Jimmy that he has just met a Texas legend, and Jimmy, being the comical blunder that he is, confuses the old man’s identity. Buster Welch, a well-known character in the Texas rodeo circuit, is one of the elderly guys. Jimmy’s aloofness throughout the incident demonstrates how little he understands about cowboy and rodeo culture. It begs the issue that we’ve seen John and Jimmy discuss on several occasions: is Jimmy cut out to be a country boy?

Who is Buster Welch?

At the Four Sixes ranch, Jimmy takes a snooze on a bench. He is awakened, however, by the sound of two elderly guys conversing. The two are having a lively debate about rodeo, which rapidly piques Jimmy’s interest owing to his love in the sport. Jimmy is called away by another rancher from the Four Sixes ranch. After that, Jimmy is informed by the cowboy that he has just met an icon in the Texas cowboy and rodeo culture. Jimmy, on the other hand, misidentifies the guy as someone altogether else. Buster Welch is the individual in question.

Welch, who was born on May 23, 1928, in Sterling City, Texas, is a well-known horse wrangler who specializes in training horses in the cutting horse style. He started taming broncos and riding at a young age and rapidly became enamored with it. Welch began working as a horse trainer full-time when he was 13 years old. He worked at a number of prominent Texas ranches, including the ‘6666’ ranch.

What is Buster Welch famous for?

Welch is a member of the NCHA Riders Hall of Fame, and the Texas Cowboy Hall of Fame. He has also won several more awards for his skills as a horse trainer and rider. Welch is now 93 years old and supposedly lives on a ranch in Roscoe, Texas. The presence of the distinguished and seasoned cowboy on the program at the Four Sixes Ranch pays homage to his legendary standing in the Texas ranching world as well as the ranch’s rich heritage. Welch’s presence contributes to the show’s portrayal of the Four Sixes Ranch living up to its famous reputation and heightens Jimmy’s anticipation of life at the ‘6666’ ranch.

Kayce and Monica kick it out at Brocken Rock Reservation

Kayce and Monica are spending some quality time together on the Brocken Rock Reservation, and Tate is recuperating from his trauma as well. The couple starts looking for a new home to call their own. Kayce arrives to the Livestock Department Office only to be met by a swarm of protesters. The demonstration against animal maltreatment and commercialization continues, and John and Ryan come to assist. John instructs the Livestock Agents to charge the protest’s leader, Summer Higgins. Lloyd is enraged when he finds Laramie kissing Walker at the ranch.

Jamie gives Riggins complete immunity. During the interrogation with the prisoner, Jamie asks Riggins whether Garrett ordered the attack on the Duttons, and Riggins says positively. Jamie shows up to confront Garrett. Christina, Jamie’s ex-girlfriend, is waiting for him at home. Christina agrees to let Jamie see his kid for the first time. John decided to bail Summer out of prison and takes her to Yellowstone Ranch to demonstrate his point of view on the difficulties. Beth makes the decision to join Market Equities. Jamie meets a few of the cowboys at the Four Sixes ranch towards the conclusion of the episode.