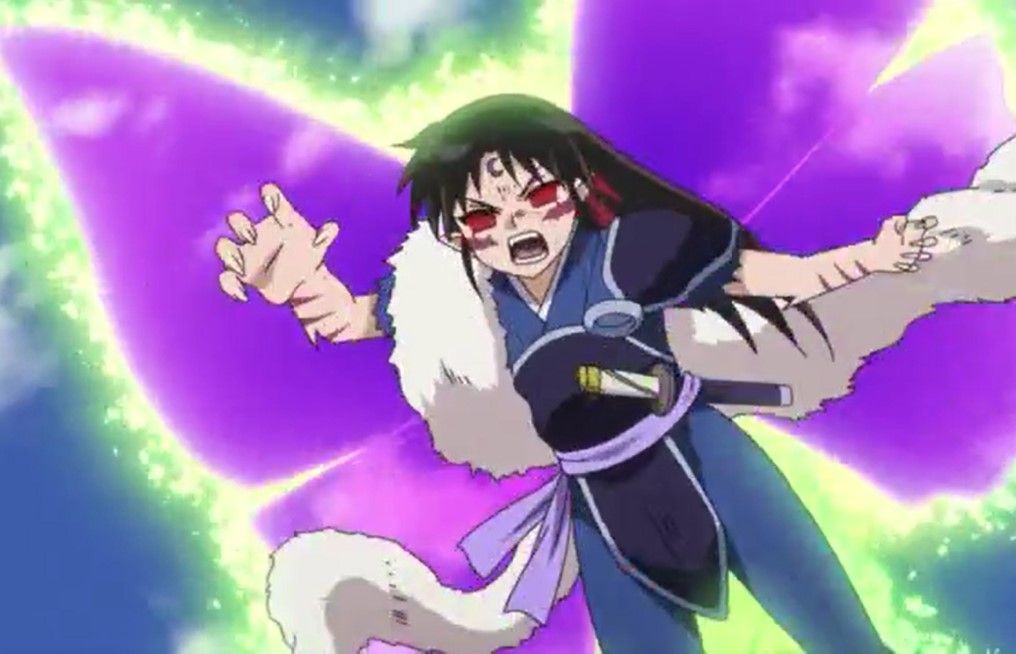 After defeating Huma-Eating Demon Totetsu, Towa realizes that Rika has robbed her Silver Pearl. Rika has five Pearl only Morhoha and Setsuna’s Pearls are left. Rika is planning to create a powerful demon using seven Rainbow Pearls. Yashahime: Princess Half-Demon will be releasing the final episode next week; let’s find more below.

In the past, Beast King Kirinmaru, Great Dog-Demon, Beautiful Mysterious Demon- Zero have assembled near the river. Kirinmaru and Dog-Demon counter meteorite that is falling from the sky. Kirinmaru destroys the first one using Blasting Barrade, and Do-Demon uses Meido Zangetsuha. They also defeated the army of monsters snakes. Demo-Zero comments that the Grim Comet is receding. That day Dog-Demon left and return to the Western Side.

Yashahime: Princess Half-Demon Episode 23 will release on Saturday, 13 March 2020, at 5:30 PM on  Crunchyroll, Funimation, and Netflix. Let’s see what’s the updates, recap of the last episode, and preview ha to offer below.

In the present, Hisui’s father, Muroku, continues with his training. He got visited by a lady who claims to be Otsuyu. She praises Muroku for his one-thousand days of training, and she said she is looking for the direction to the right path. After hearing her speech, Muroku concludes that Otsuyu is not a human and asks her who she is.

He notices that Otsuyu doesn’t seem to have the demon’s powers, and she is not an apparition. Otsuyu replies that it may be suitable to call her a devilish woman. Muroku replies that he knows what will happen if he calls her that in front of Sango. He asks her why she is here. Otsuyu told Muroku to realize the half-demon girls seal. 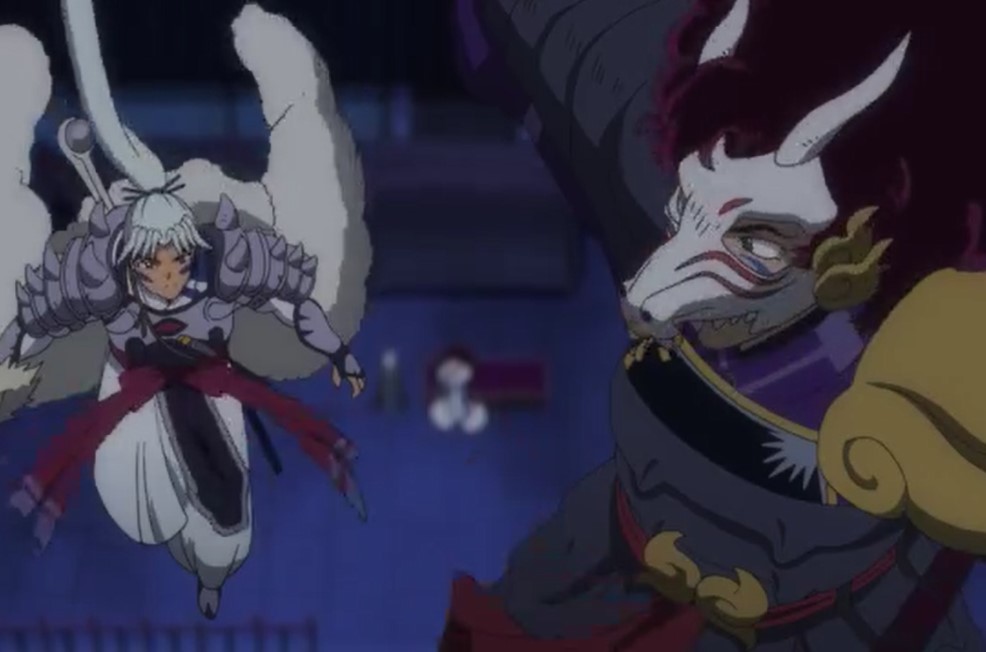 Muroku asks if she means Setsuna and what will happen if he refuses. Otsuyu replies that he will do it by force. She pint at Muroku, calling him a monk who still has it at heart. She unleashes a Tsuchiguno’s silk and traps Muroku with the ground. Muroku comments that he thought she has no demon powers.

Otsusyu touched Muroku’s hand and told him that he would lend her the fruits of his training, the power of the seal. She unleashed the powers and stole the seal along with Muroku’s powers. Meanwhile, Moroha, Setsuna, and Towa are walking in the village. Moroha reminds them that she has given them their share from Totetsu’s bounty.

She is wondering why they are so down, and Towa said it is not about the bounty. Setsuna reveals that Mr. Jubye promised that he would introduce her to the good blade sharpener. Setsuna thinks that her blade has lost its edge. Moroha reveals that the blade sharpener they are talking about is her. Meanwhile, at Kirinmaru’s boat, Demon-Zero asks him where did he get the wound. She thinks Seshsomaru’s daughters are the ones who wounded him.

Kirinmaru replies that the girls are not at the level to challenge him. They are still growing, and they need more time to master their powers. Demon-Zero said that even a Beast King like him wouldn’t be spared if their seal is realized. She left Kirinmaru wondering since he realizes that he battled Sesshomaru, and it ended in a draw. 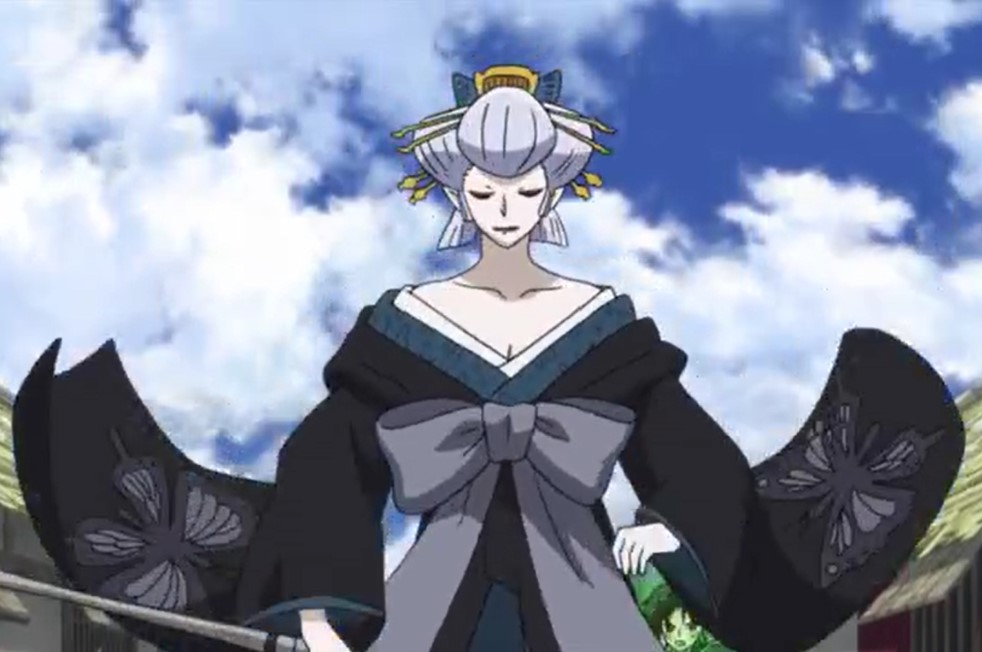 At the village, Moroha is sharpening Setsuna’s blade. Setsuna thinks Moroha is not a good sharpener, and Moroha said there is no sharpener around who can best her. Setsuna asks Muroha why she is not finishing, and she replies that because Setsuna’s demon blood has become stronger. The sealed poison in the blade is affecting its sharpness. The trio decided to visit Muruko and enquire about Setsuna’s blade.

On the way, they met with the lady claiming to be Otsuyu, and she was selling apples. She uses her powers to control Towa. She is glad that Riku stole Towa’a Silver Pearl, and she has nothing to protect her. Setsuna realizes that she knows that lady, but she can’t remember her name. Moroha and Setsuna can’t fight back.

Otsuyu is glad that her life is tied to Towa and Towa’s mother, Rin. If they try to kill her, three people will die. Otsuyu head towards Setsuna who notice that she want to release the seal. The seal got release since Towa was grabbing on Setsuna’s hand. Setsuna started to rampage. Setsuna turns into a real demon and realizes that the lady in front of her is not Otsuyu. The lady reveals that she is a Beautiful, Mysterious Demon- Zero, Kinrimaru’s sister.

Moroha attacks Demon-Zero with Crison Wave Dragon and Heavelyt Arrow. Demo-Zero blasts the attacks away. She told them to keep up with their training, and she vanishes. Moroha and Towa are trying to absorb rampaging Setsuna’s demon powers using their swords. In the woods, Sesshomaru notices that Setsuna is rampaging. They manage to grab Setsuna and seal the demon powers inside her blade.

Read Yashahime: Princess Half-Demon Episode 22; next week we will be concluding the final episode.