Y: The Last Man is wrapping up it’s Season 1 with coming Episode 6, and Regina’s return has surely shaken the entire President Cabinet. She is coming right at her rightful throne, and certainly President Brown is insecure. Amidst this, there are many among the cabinet who believe Brown is hiding things from them and may opt to join forces with her. She recently met President Brown, and things are not exactly what the latter has been expecting. Plus, a conspiracy is spinning around this meet that may come to a conclusion in the sixth coming episode of Y: The Last Man Season 1.

Anyway, coming to Yorick and Agent 355, there are some things different. Even President Brown has some tiny suspicion when it comes to what 355 is aiming for. Nevertheless, the main motive of the duo is to reach out to Dr. Mann in Boston. The journey took them to come across some truths that the government was hiding from them. They do reach out to Dr. Mann, but Agent 355 may be bringing in sudden changes of plan responding to the situation. So here is a complete breakdown of what is happening in the show lately and what we can expect from the upcoming season finale of Y: The Last Man.

Previously on Y: The Last Man, we opened up with Yorick and Agent 355 in a massacred Boston to meet Dr. Mann. Agent 355 worked to get herself inside Harvard and figure out why it is protected heavily. Meanwhile, Yorick comes across the hideout of protestors as, one by one, they come in torn through the tear gas. He helps them, and in return, the woman he met there introduces herself as Steph while Yorick removes his mask. She directs him to her brother. When Harvard doesn’t work, Yorick and Agent 355 reach out to Dr. Mann’s apartment, which leads them to the Union Club, where they finally meet her.

Kimberly suspects and tells about President Brown hiding some facts about the helicopter crash when she comes across Christine. At the same time, she notices Christine may be having a miscarriage. But luckily, the baby is still alive when she goes to an ultrasound. As this goes on, Agent 355 has kept Yorick with Dr. Mann as she leaves for Massachusetts. She met Agent 525 there, with whom she shares a similar experience of what went down during the event. Most importantly, the fact that they are both looking for Fran.

Meanwhile, Yorick starts connecting with Dr. Mann as he stares at her pictures, and they both begin to question each other. Most importantly, why she is after the lab, and is there someone special around it. This leads her to reveal she is gay. President Brown begins suspecting the intentions of Agent 355 when Christine brings up the news of the pilot’s bodies. 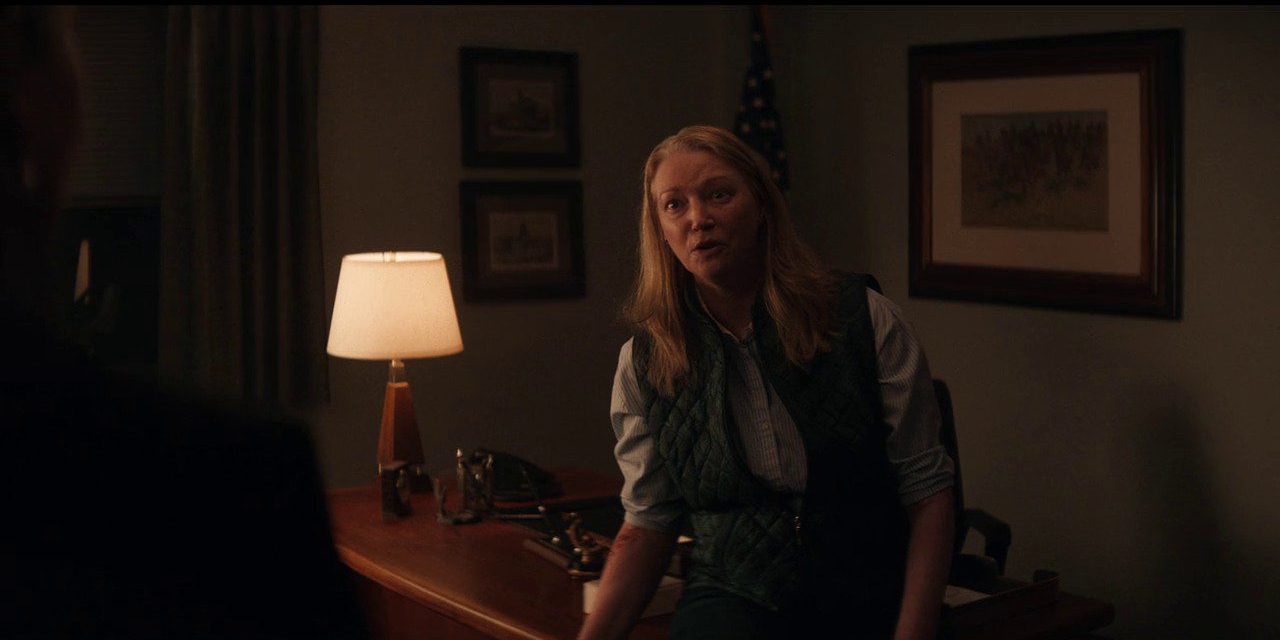 Anyway, President Brown is all set to meet Regina. But before he could reach out to her, Kimberly asked her to join hands with her. Post that, the conversation between Brown and Regina began as Kimberly left. But both of them don’t seem to be on the same page. The episode closes with 355 taking Yorick and Dr. Mann to San Fransico, stating these are the orders of the President.

Y: The Last Man Season 1 Episode 6 is releasing on 4 October 2021. The episode is titled “Weird Al is Dead”. The official synopsis of the episode suggests Yorick, Agent 355, and Dr. Mann may have troubles following around as they travel to San Fransico. So it won’t be easy to see the trio reach the location in one piece.

Apart from that, after a conversation of differences with President Brown. Regina is opting for the presidency. She may have to go head to head with now cabinet secretary Jennifer as well. Apart from that, questions, like does Agent 355 has a plan of her own and who Dr. Mann is looking for are some we may have answers to as we move on to Y: The Last Man Season 1 Episode 6. Since there is no official promo for the sixth episode of Y: The Last Man Season 1, check out the official trailer and streaming details below.