X Drake vs Zoro In Episode 1003 of One Piece 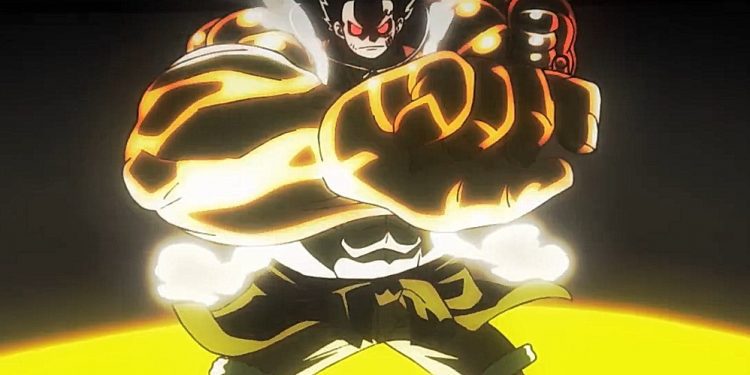 One Piece Episode 1003 reveals the alliance between Straw Hats and X Drake and a new rivalry between Nami and Ulti. X Drake asks Luffy, who uses Gear Fourth: Bounce Man to smash the Number to fight alongside him. The battle inside the Skull Dome has become exciting since the Straw Hats have a new influential member. In One Piece’s latest episode, X Drake turned into his human form after using an attack called X Drake: Calibur. Hyogoro saw Luffy floating midair and commented that he was scarry like the God of Fire.

Luffy stands in front of X Drake, and the Straw Hats are surprised that X Drake has switched sides. Brook, Nami, and Sanji wonder what is happening. But Sanji gets angry that X Drake is the one who saw the women naked inside the bathhouses, and Nami was also there. Brook thinks that it is unforgivable. Sanji recalls that day since he uses the Raid Suit to be invisible and see Nami naked. Nami scolded Sanji since he did that on purpose, and Drake was lost and never meant to see naked ladies. Sanji decided that he would protect Robin and Nami.

Franky wonders why that guy wants to join them. Jinbei wonders why X Drake says that after killing his ally. The Samurai behind Hyogoro realizes that X Drake can turn into a dinosaur. Hyogoro wonders if X Drake is one of the Tobi Roppo officers. Ulti and Page One wonders what X Drake is doing. They get angry that he has attacked the Numbers. X Drake recalls everything Cobby told him about Luffy and draws in everyone around him. Luffy tells X Drake that he knows X Drake wants to take Kaido down.

Previously on One Piece Episode 1002

X Drake admits what Luffy said, but he won’t reveal his motives. Zoro attacked X Drake, who used his giant Axe to block Zoro’s blade. Zoro thinks X Drake is tricking them and reminds Luffy that X Drake became Kaido’s subordinate like Hawkins. But X Drake reveals they kicked him out, and Zoro thinks that made him want to side with them. Franky thinks that X Drake is untrustworthy. Jinbei also comments and tells X Drake to stay away from Luffy. Zoro and X Drake cancel each other’s attacks and jump back.

But Luffy put on his Hat and jumped to the floor since he was on top of the dead body of Number. He walks forward, looks back at X Drake, and says that X Drake can become an ally. Zoro, Franky, Jinbei, and Sanji scold Luffy for saying yes. Luffy replies that they can do what they like, but he will take Kaido down. Kaido’s underlings’ attacked, but they got punished by Franky and Jinbei. Jinbei tells Luffy to head up to the castle to handle the minions. Luffy leaves the scene, and Zoro believes that a traitor will remain a traitor.

Zoro tells X Drake that he will never let him get near Luffy. X Drake realizes that Zoro has the right to doubt him. Luffy is heading to Kaido’s place at full speed, and Sanji joins him. The Samurai continues to cut Kaido’s underlings. Ulti took her beast form, and Page One also did the same. They begin to punish the Samurai. And Sanji sees Page One and realizes that it is a dinosaur he faces from the Capital. Usopp uses Special Attack Green Star: Skull Blast Grass against Page One. Nami faces Ulti, and Apoo arrives with Ancient Giant.