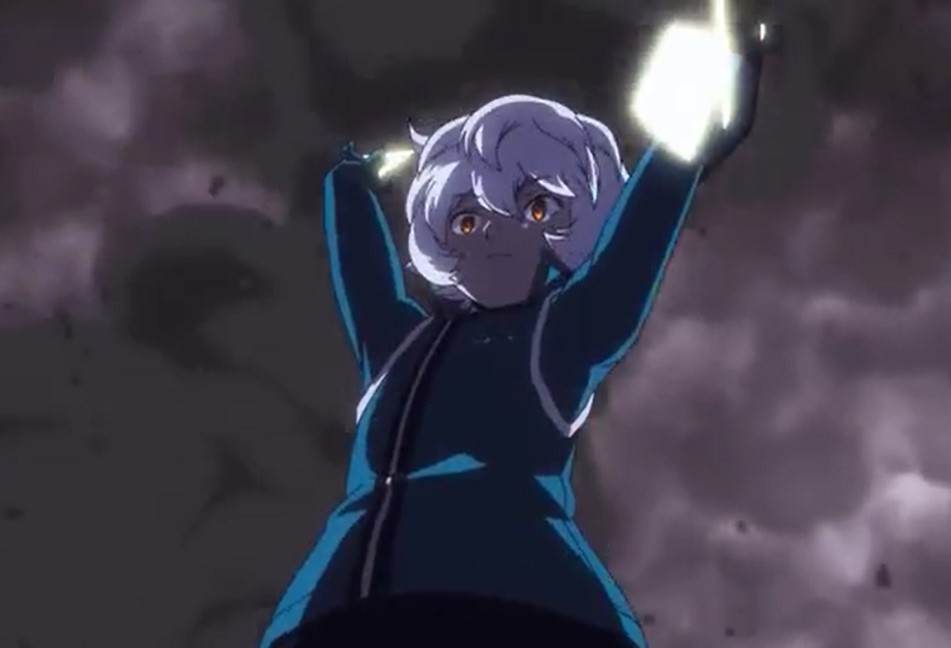 Three powerful battlers are now facing each other, with Captain Osamu being taken out by Oji. Oji, Ikoma, and Kuga are facing each other the score are 0-2-2. The commentators reveal that B-Rank Wars Round 6 is at the final phase. Ikoma has managed to cut Oji’s leg using the power of Whirlwind. Kuga was safe since he jumps before the attack hits him. Ikoma has payback for using his Whirlwind, and he wants first to eliminate Oji. World Trigger Season 2 has concluded.

Oji was aiming for the Sniper next, but Ikoma and Kuga are on their way. Everyone is on his own in this three-way battle. The commentator thinks that Oji should have use s Scorpion Leg to keep up. Chika is also attacking Oji and Oki to give Kuga’s advantage. She knows that they can do anything even if they attack since she is inside the wired zone. It has been revealed that Chika has changed positions; she is shooting cannons and sniping.

The commentators reveal that to stop Chika; the attackers must pass the wired zone and Kuga. They think that it is impossible to fight Kuga while avoiding wires and Lead Bullets. Toma reveals that clearing the wires with Meteor is the best way to deal with Kuga and Chika. Izumi comments that Ikoma’s squad is still at an advantage since they have Oki. Suddenly Oki has spotted Chika, and he nearly took her out. He told others that he would deal with Chika.

Oji is glad that Oki is holding Chika and she cannot attack him. He stepped into the wire zone, and Ikoma is following. Oji choices a three-sided battle and to a one-on-one with Captain Ikoma. Izumi reveals that Oji won’t last long with his leg, but he will get enough pits to win if he beats Kuga. Kuga is standing on top of wires watching Oji as he approaches him. 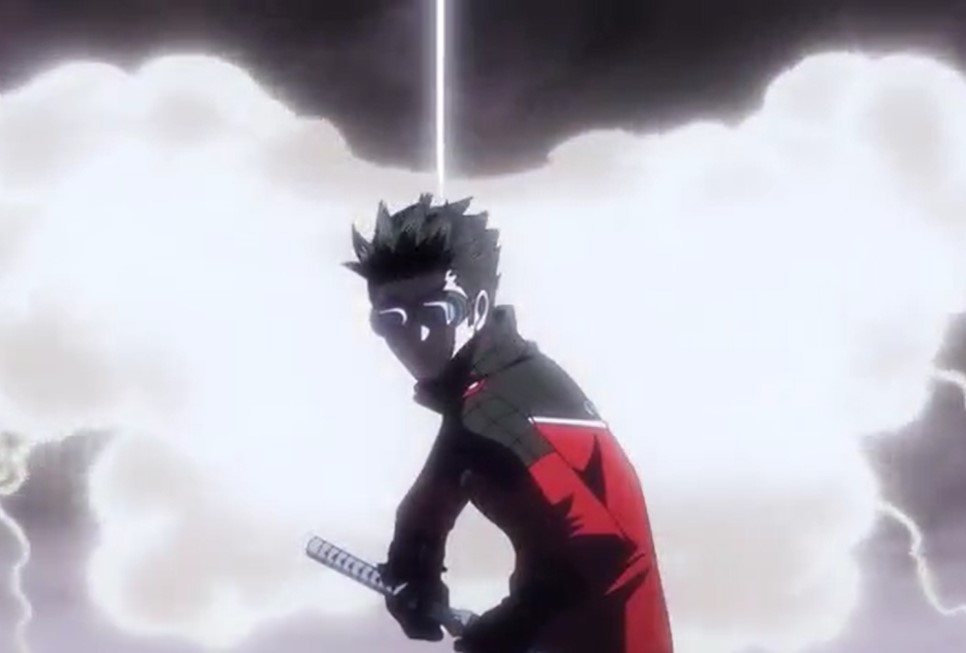 Oji wonders why they are holding back Chika, and he realizes that Ikoma will cut the wires using Whirlwind. Ikoma unleashes his blade and cuts the wires along with the building near them. Ikoma comments that if there is no sniping, he can cur the houses down. Oji decided to attack Kuga as Ikoma continues to cuts houses and wires. Kuga exchanges sword slashes with Oji. But he notices a wire falling and uses it to trip Oji. Oji loses his footing, and Kuga comments that it is the third point to them.

Oji realizes that he planned to use the collapsing house, but now it has been used against him. He comments that Kuga had done great, and he wanted to bailout with Kuga. But he misses, and the commentators reveal that Captain Oji has Bail-out. Countering with the Planted Bullets from behind the debris didn’t work fully. But a lot of Trion is leaking from Agent Kuga’s wounded leg. Ikoma is now facing Kuga while Chika is exchanging sniping with Oki. Osamu told the two what they have to do next.

Chika told Ossamu that she gets it, and she started sniping without taking a cover. No one knows what is going on. They wondered what Osamu had told Kuga and Chika since the confidence of battling is back. Oki is glad that Chika has shown her face, but he doesn’t know whats’s coming to him. He thinks that he will take Chika out with a single blow. He attacks Chika, and she shouts at his heart, and Kuga acts like he is taking Ikoma. Kuga heads in the opposite direction, and they realize that the duo was aiming to finish Oki. 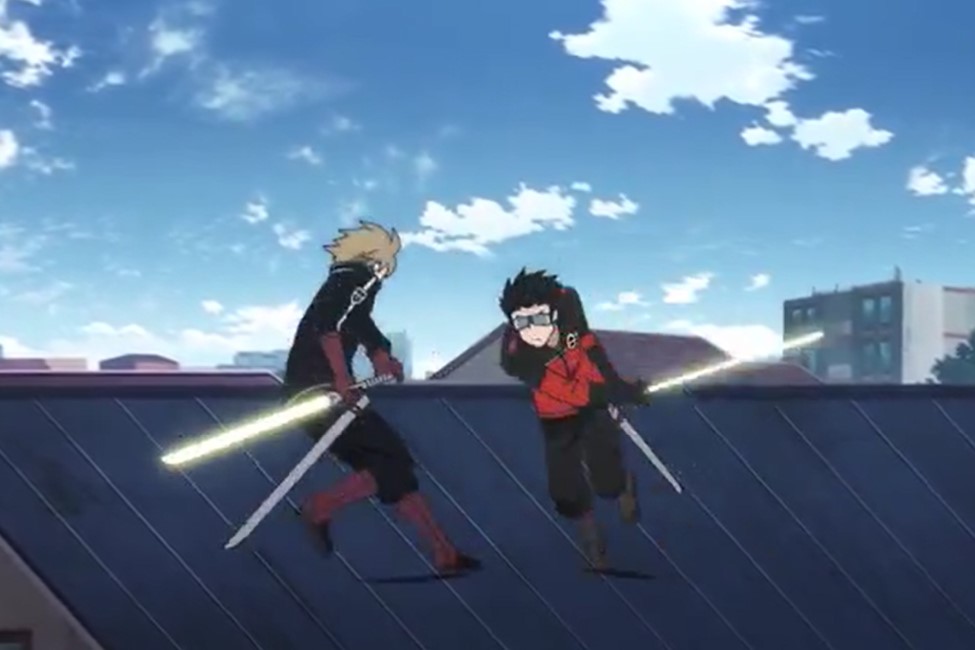 Oki got hit by Kuga’s blade, and the Trion supply system is destroyed. Oki has been Bail-out. Ikoma gets fired up and unleashed Kogetsu: Whirlwind, thinking that he will take Kuga out. Kuga tried a move that Ikoma is aware of, and he paid for doing that. Ikoma’s Whirlwind has flashed Agent Kuga, and Kuga is taken down. Chika decided to Bail-out without being defeated. They know that they have already earned the third point. The match is now over. Ikoma squad receives the survival bonus of two points.

Later Hyuse begins with his training and manages to complete everything in 1.5 seconds. When he was told that his score is the second-best ever, he tried again and beat the world training record score. He battles with Ikoma at his last part of training, and he won 5-4 by disqualification. Ikoma and Hyuse have notice that they are both tough fighters.

World TriggerSeason 2 has arrived at its conclusion; soon, we will be updating you about Worl Trigger Season 3. In season 3, Hyuse will be fighting alongside Kuga, Chika, and Osamu. We will find out if he will manage to make it back home as he helps the trio on their away mission. Season 3 of this anime will reveal how strong Kuga is. We will update every detail as soon as we get the latest date of Season 3. You can also read World Trigger Season 2 Episode 12.