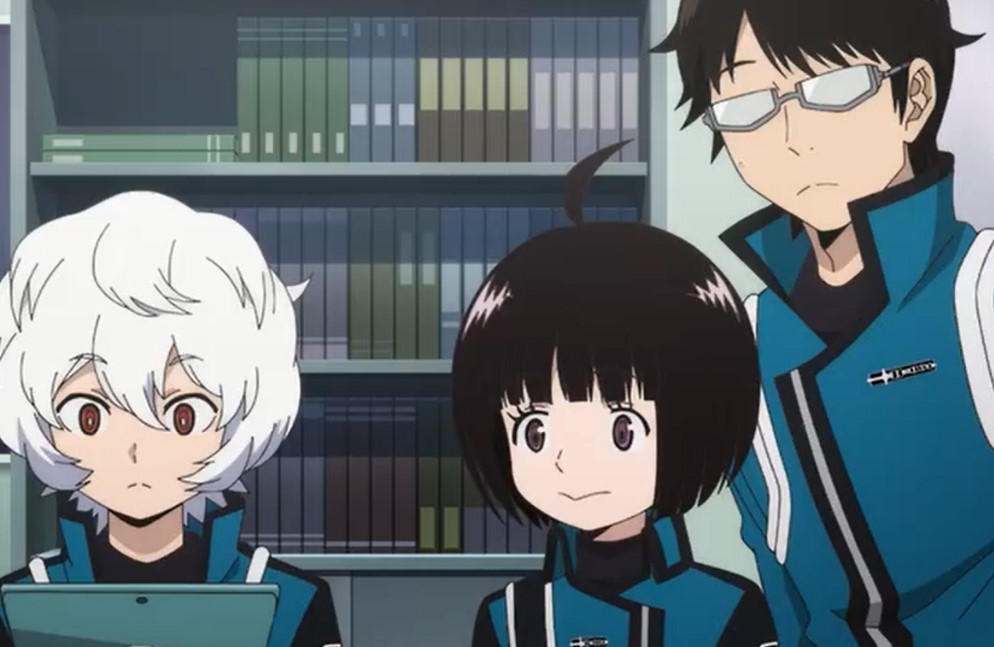 Osamu is trying to convince the high-ups to allow Hyuse to join them in the Away Mision. Hyuse told them that he could help them, but he won’t share information about Aftokrator. Kituna thinks there is nothing they can do about that situation. Eizou thinks it is impossible to take Hyuse on the expedition. Since he won’t offer information and it is not beneficial negotiation to them. Osamu reveals that Hyuse will cooperate as long as Aftokrator is not involved.

Osamu comments on Hyuse defeating one of the enemies during the invasion earlier. Kituna said they had seen the footage, and the high-ups wondered why the captive wandered around outside of Tamakoma Branch. They think that it is not enough to convince them that Hyuse will cooperate after everything that has happened.

World Trigger Season 2 Episode 10 will release on Sunday, 21 March 2021, at 1:30 AM on Crunchyroll. Let’s find what the high-ups will decide about Hyuse below. The new episode will arrive on Sunday after the latest episode is released.

Osamu reveals how Hyuse will be useful in a battle if he joins Tamakoma-2. Rindo comments that if Hysue joins Tamakoma-2, he will be a big boost. But it will only benefit Osamu. The high-ups ask Osamau how it will benefit them, how would Hyuse enlistment benefit Border. Eizou told Osamu that they don’t have a reason to accept Osamu’s proposal. They ask for director Rindo’s opinion.

Rindo said if he was the expedition leader, he wouldn’t want to take Hyuse along. Since the next expedition isn’t a direct trip, they need to make several stops at countries for Trion supplies on their way. It is too risky to take an outsider on that long journey. He asks Masafumi, the leader of the next expedition, if he is not stating the facts. Eizou comments that it was an unusually logical opinion from Director Rindo.

Eizou said taking a Neighbor on board for their expedition inappropriate. Osamu comments that it is the opposite; they have a Neighbor on board for the Neighborhood expedition. Osamu reveals that the Neighborhood expedition will be useful since the countries they will stop at are unknown to them. They might face many challenges, but if they take Hyuse will them, it will be much safer. Kituna thinks that Enedora could be good enough to guide them instead of Neighbour. 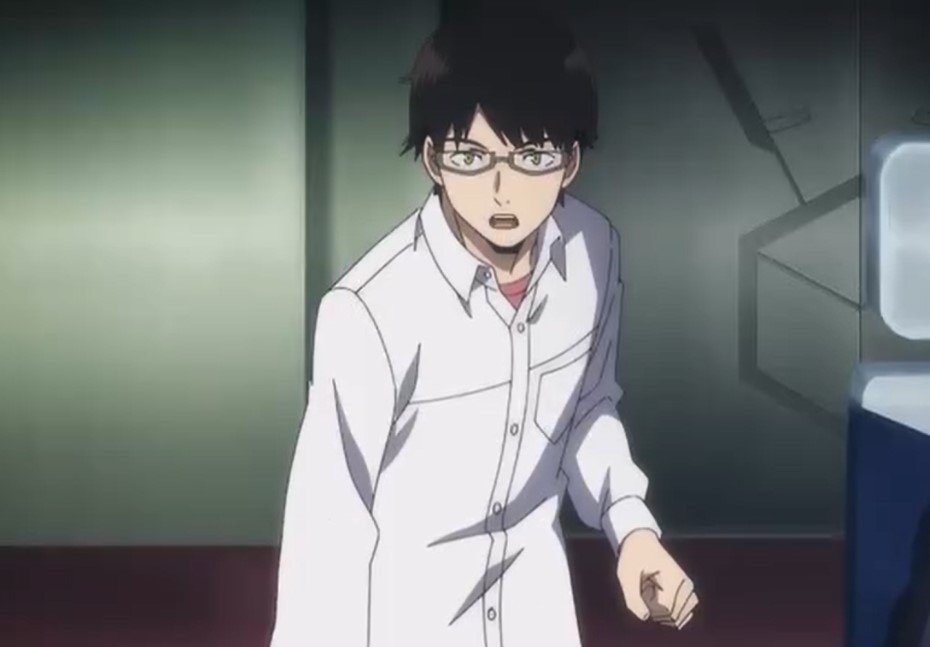 Kituna reveals that they have started to examine their route based on the info from Enedora and Replica. Osamu reveals that Enedora doesn’t know about the domestic situations in each country. He has also talked about Enedora about it to make sure, but Hyuse told him that he could guide them with detail. Hyuse comments that he can be capable unless it’s an extremely remote country. Osamu reveals how their odds of succeeding in the mission will increase if Hyuse is guiding them.

Masafumi realizes that Hyuse’s goal is to return to Aftokraftor; that’s why he has no choice but to cooperate during the trip. Osamu mentions that Hyuse will be of great help until they reach Aftokraftor. He asks the high-ups if it is not a good reason to bring Hyuse along. The high-up thinks deeply since Osamu is proving how he is useful as the captain. All the director has accepted Osamu’s proposal, but Ezou asks Kituna if he is allowing that.

Osamu thinks that he did everything as he planned last night, and it seems that it is working. But if Commander Kido prioritizes his hatred for Neighbour over benefits, it is over for them. Kuga is wondering what Kido will decide, but he surprises them by accepting their proposal. Kido comments that as a special exception, he will allow Hyuse to join the Away Mission. Hyuse is impressed that Osamu played his part as a captain. 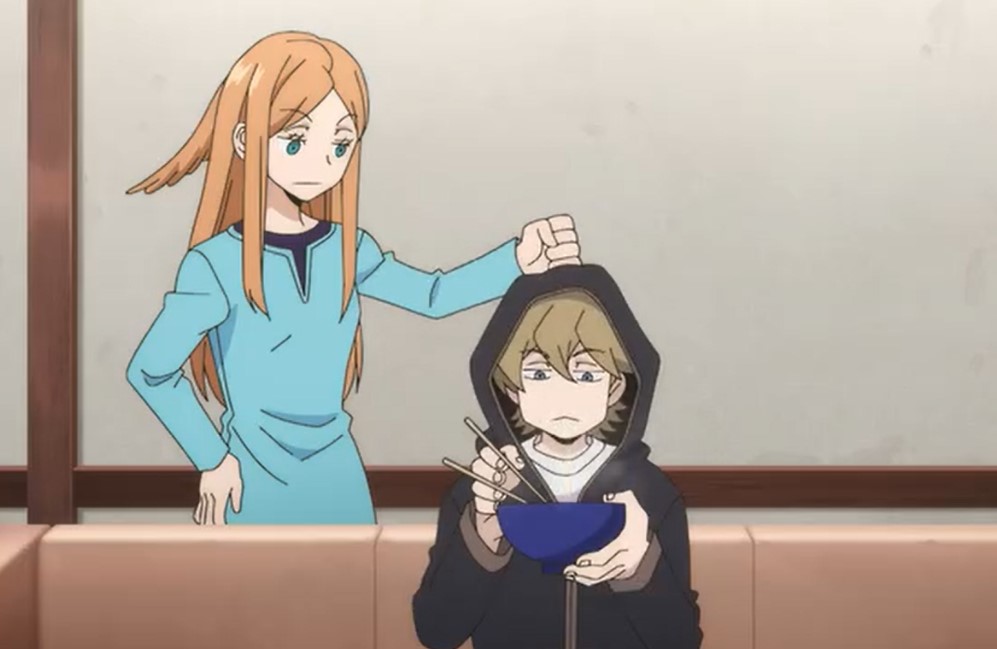 Kido reveals that he will allow Hyuse on one condition since he hopes to form a strong team for the expedition. He said they allow Chika to join the expedition. Kituna mentions that they need a vast amount of Trion. Having someone with high Trion levels would be convenient. He reveals how Agent Amatori Chika will be helpful in the expedition ship. Osamu realizes that they mean his team is not involved.

Kido reveals how Chika will be a burden to them, but she will be stationed on the ship like an engineer. Osamu is worried that if Chika goes alone, she can’t look for Rinji and her friend. Chika reveals that she is okay with the decision. She realizes that if she goes against them, Hyuse will not be allowed to join their team. Kido asks if they are accepting the condition, and Chika agrees with him.

She told him that their squad would become A-Rank and join the expedient as a team. Rindo reveals how they cannot become an A-Rank before the Away squad selection. Later on 22 February, the B-Rank Wars Round 6 is about to start. Osamu plans with his team how they are going to score points. He reveals that Hyuse won’t’ join them since it is his induction ceremony day. The B-Rank battle is about to begin.

In this article:World Trigger Season 2