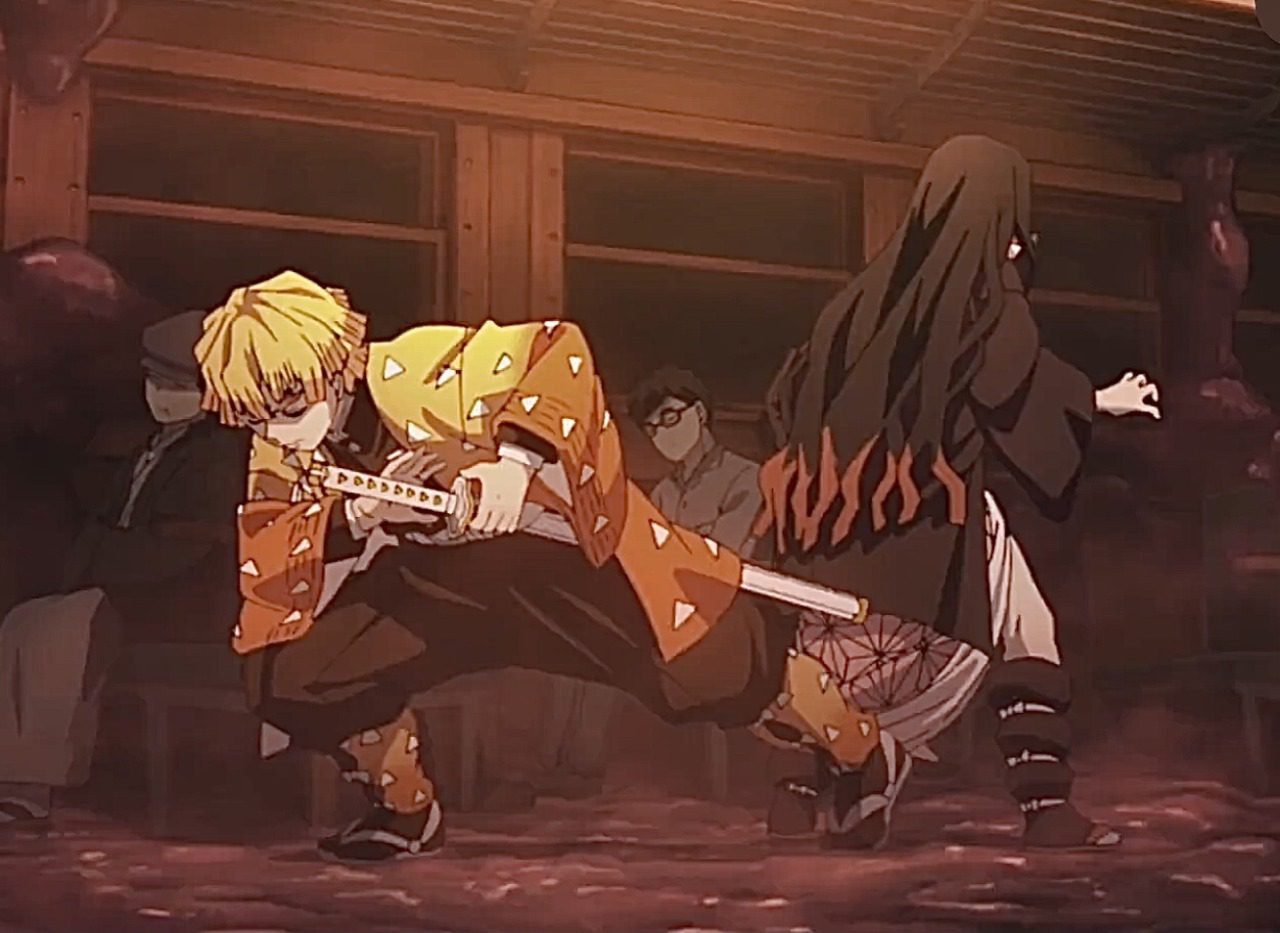 Zenitsu Agatsuma is a Demon Slayer in the Demon Slayer Corps as well as one of the primary characters of Demon Slayer: Kimetsu no Yaiba. Zenitsu is an average-sized young man with a pale complexion and scared-looking eyes that fade from light brown to gold. He has short, yellow hair with irregular bangs that fall in front of his face and is chopped off straight at the ends, where it fades to a deeper orange color. Let’s see if Zenitsu will die in Demon Slayer or survive?

Zenitsu comes out as a coward, claiming that owing to the deadly nature of his profession as a Demon Slayer, he doesn’t have much time left. He has low self-esteem and believes he is worthless, as seen by his inability to acknowledge that he had slain a demon and convinced himself that it was Shoichi. Despite the fact that the latter was a young child with no special demon-slaying talents.

Zenitsu is always terrified and sobs and attempts to flee whenever he sees danger, stating that he prefers to live a simple, regular life rather than that of a Demon Slayer. Zenitsu cries and shouts a lot as a result of this, which might annoy the people around him. If we talk about the Hashira Training Arc event, when he raged at Tanjiro and Inosuke for seeing the training in a good way and being hopeful about things, he’s also proven to be pessimistic at times. Despite his flaws, Zenitsu still wants to show himself and live up to the expectations that people have of him, and if the circumstance demands it, he will give it his all. Let’s dig a bit further into his backstory.

Also read: Will Tanjiro Kamado Die in Demon Slayer? How Will He Die?

In the ending of Demon Slayer, the series’ final arc had reached a turning point, as the countdown to sunlight had finally concluded. It had been a difficult hour for Tanjiro Kamado and the Hashira’s remaining members as they battled Muzan’s changing form in order to buy time until daylight when the last blow would be delivered. As the Demon Slayer Corps tries to regroup after dawn appears. They finally are able to slay Muzan once and for all, during which many Hashira members perish. Zenitsu Agatsuma, Sanemi Shinazugawa, Inosuke Hashibira, and Giyu Tomioka have all been verified to have survived the battle.

Zenitsu is a demon slayer who is one of the most strong in the anime. Zenitsu, despite his denials, has always been a competent and adept Demon Slayer. Zenitsu’s actual strength wakes while he is sleeping, as his nerves that typically prevent him from accessing it give out, allowing him to be more sagacious, calm, and accurate in fighting, allowing him to decapitate the Tongue Demon and beat the Spider Demon (Sons) on his own. Later, when being attacked by Enmu, Lower Rank One, and Nezuko, he was able to protect three complete railway wagons. He was able to face an awakened Daki with the assistance of Inosuke and subsequently blitz her with Thunderclap and Flash: God Speed later.

Zenitsu has a keen sense of hearing, which enables him to identify danger even in the almost inaudible sounds. He’s proved his incredible hearing by understanding layers upon layers of sound in a brothel and even the Infinity Castle. Zenitsu has achieved incredible physical strength as a result of years of rigorous training. Zenitsu can hold Inosuke Hashibira down with his bare hands and hurl him around by grasping and swinging one of his legs. When he sleeps, he has the power to battle, allowing him to reawaken his actual might.

His anxieties and terror lead him to freeze, and he is unable to move when awake. He freezes up and is unable to move while awake due to his fears and panic. His anxieties and dread grow intolerable when his life is in danger and he passes out. When he sleeps, his concerns are no longer a hindrance, allowing him to fight and move with incredible dexterity, accuracy, and competence.

Also read: How Old and Tall are Demon Slayer Characters? A Complete Summary